WHAT TO DO IN TOKYO DURING THE OLYMPICS

As the 2020 Olympics are nearing, excitement is growing in Tokyo, where banners adorned with the Olympic logo can be seen throughout the city. Official goods and knick-knacks featuring the Olympic mascots are on sale in all tourist shops. The newly constructed venues are ready to receive athletes from the four corners of the world starting on July 22nd.

The Olympics are officially scheduled to start on July 24th with the opening ceremony and will end on August 9th. Sports amateurs worldwide will have the opportunity to take part in the action. Unfortunately, Tokyo Olympic tickets are limited and were available through a lottery draw. Only a few lucky people obtained tickets to the coveted events. With the coronavirus crisis looming over Asia, it was even falsely rumored that the Olympics might not take place. No matter! Let’s hope they do and prepare for the upcoming festivities! Here is an overview of the Tokyo Olympic venues and things to do nearby.

The Olympic Stadium was built for the Tokyo 1964 Summer Olympics and renovated for the 2020 Tokyo Olympics. Architect Kengo Kuma designed a wooden structure filled with greenery mirroring the scenery of nearby Meiji Jingu Shrine. At the end of the Olympic Torch Relay, spanning 121 days and involving eighty to ninety runners each day, the sakura-shaped torch will arrive at the National Stadium. The stadium will accommodate up to 68,000 guests during the opening and closing ceremonies, football game, and other athletic events.

What to Do Near the Olympic Stadium

1. Brush Up on Olympic History at the Japan Olympic Museum

In the Japan Sport Olympic Square, the Japan Olympic Museum lets you learn about the history of the games through an interactive exhibition area and a monument area featuring the Olympic cauldrons from the past games held in Japan.

The Meiji Memorial Picture Gallery, constructed in 1925, pays homage to the Meiji Emperor that orchestrated the Meiji Restoration of 1868 which propelled Japan into modernity. Eighty paintings on display, which include fourteen Japanese and fourteen Western-style paintings, illustrate famous historical scenes from the life of the Meiji Emperor.

If you run out of things to do in Tokyo around the Olympic Games venues, might we suggest one of our food experiences? In the neighboring Shinanomachi area, the Homemade Sushi Making Class gives you the opportunity to learn about the history and technique of sushi making so you can make it by yourself and impress your friends back home!

If you’ve already had your fair share of sushi, we also offer a Tokyo Kaiseki Cuisine Cooking Class where you can make seasonal dishes such as the fluffy dashimaki tamago rolled omelette, delicious prime quality wagyu beef, and a dessert such as sweet and chewy daifuku mochi with chestnut. 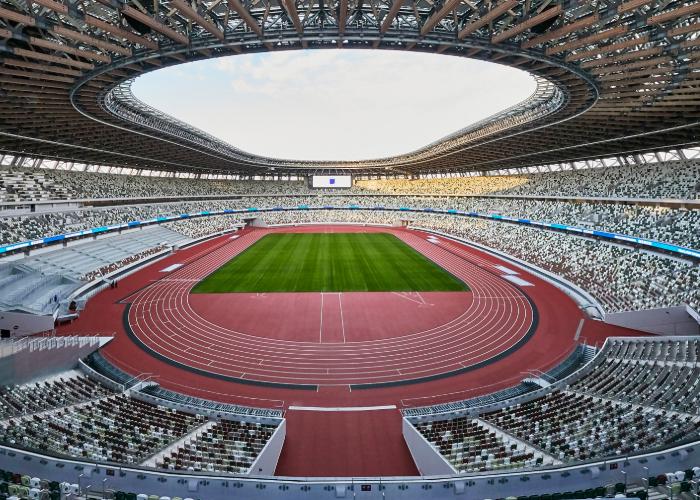 The Nippon Budokan (Japan Martial Arts Stadium) is an octagonal building located in Kitanomaru Park right in the middle of Tokyo. It was built for the 1964 Olympics when judo became an Olympic sport. It also hosts karate and Japanese pro wrestling events on top of being a famed concert venue. In 1966, The Beatles were the first rock group to hold concerts there. They were soon followed by other famous international acts such as ABBA in 1980.

What to Do Near the Nippon Budokan

1. Marvel at the Imperial Palace

Since 1868, the Imperial Palace is where all emperors have lived and performed their duties. Ceremonies and various public events are also hosted there. The Imperial quarters are inaccessible to the public and kept under close guards but visitors can venture inside the Imperial Palace East Gardens with a reservation.

The National Showa Memorial Museum shows the hardships Japanese families endured during the wartime in the Showa Era (1926 to 1989). A library, photography, news films, music, and objects present the daily lives of people at the time.

If you’re ever in the area at night, you could join our Shinjuku Izakaya Bar Hopping Tour. Starting off by snacking on some meat skewers in a yakitori alley, the tour stops at an izakaya in the Kabukicho district and ends with one last drink in the renowned Golden Gai izakaya alleys.

If drinking isn’t your thing, the Tokyo Tuna Show Food Tour will allow you to taste the delights of the sea. Have okonomiyaki and tuna dishes as you watch professional fishmongers expertly cut the fresh catch of the day. Then, stop by a Shinjuku arcade to play games and shake off your food coma before enjoying delicate wagashi sweets. 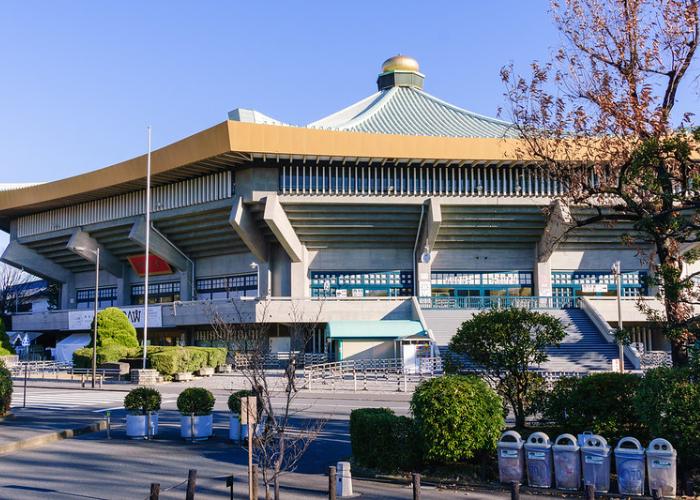 The Yoyogi National Stadium in Jinan Shibuya was also built for the 1964 Olympics. Its modern suspension roof showcases technical prowess that employs technology found in bridges. It is reminiscent of the modern architecture of French master Le Corbusier. Originally meant for aquatic sports and baseball, it will host handball, badminton, and wheelchair rugby.

What to Do Near the Yoyogi National Stadium

After a day of watching sports, why not stretch your legs and get a little shopping done? Yoyogi is only ten minutes away from trendy Cat Street. This little street that goes through Omotesando and Harajuku is littered with cute shops and cafes. Famous American coffee chain Blue Bottle Coffee has a store there and so does the popular Paris cafe, Coutume.

2. Gaze at the Aesthetically-Pleasing Spiral Building

Spiral, a nine-story building in the heart of Omotesando, was designed by world-renowned architect Fumihiko Maki who most notably created the new Four World Trade Center. Spiral Garden on the first floor is a gallery space with spiraling stairs and a big skylight reminiscent of New York’s Guggenheim. Housing everything from a hair salon to a record label in addition to five different restaurants, who would ever want to leave?

3. Discover the Sweet and Savory Sides of Harajuku

The stadium is a short walk away from Harajuku where the Harajuku Sweet and Savory Food Tour takes place. In this home of all things cute and colorful, you will get the chance to enjoy ramen, vegetable and seafood tempura, and takoyaki. As if this wasn’t enough, the tour includes an array of cute desserts for which Harajuku is known for. From crepes to castella, this tour is sure to please sweet tooths of all ages.

If your sugar level still isn’t quite where you want it, join experienced sweet artisan Mai during our Nerikiri Wagashi Class as she teaches you how to make these sweets. During this spring season, you’ll get to make pink cherry blossom sweets to celebrate the coming of these evanescent flowers. To cut the sweetness a bit, you will be given a nice cup of warm, foamy matcha green tea. 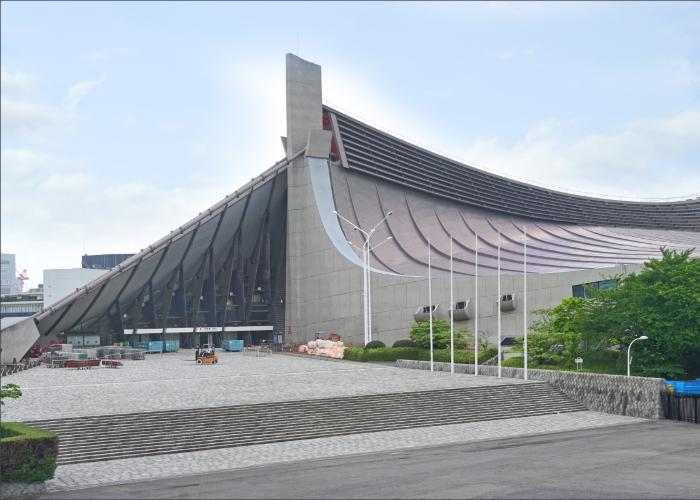 The Tokyo International Forum in Marunouchi, Chiyoda-ku is an exhibition center all in curved steel and glass created by American architect Rafael Viñoly. It will host weightlifting and powerlifting events.

What to Do Near the Tokyo International Forum

The Tokyo International Forum is connected to Tokyo Station. On the Yaesu side of Tokyo Station, ramen fans are sure to find the noodle bowl of their dreams at one of the eight speciality shops of the Tokyo Ramen Street.

If you want a drink after all this eating and walking around Tokyo, Fukumitsuya Sake Brewery is the perfect place to stop. This sake brewery from Kanazawa, Ishikawa Prefecture was founded way back in 1625. At their Marunouchi store, you can have some of their excellent sake and browse their large selection of sake-related products such as skincare and ceramics.

3. Make Your Own Soba Noodles From Scratch

Right next door, at the ABC Cooking Marunouchi Studio, you can learn to make soba noodles with a professional chef. This class lets you make them from scratch and cut them using a special wide-bladed soba kiri knife. At the end of the class, get the chance to savor the fruit of your hard work with crispy tempura and mentsuyu soy sauce-based soup.

Just thirteen minutes away, at nearby Yotsuya Station, the UNESCO Recognized Washoku Cooking Class is held. Learn to make four simple dishes that each take twenty minutes to prepare. After the class, you will have mastered dashi, the soup stock at the heart of washoku cooking, and learned how to make healthy traditional dishes. These recipes will be yours to take home so that you can cook these dishes whenever you feel like it. 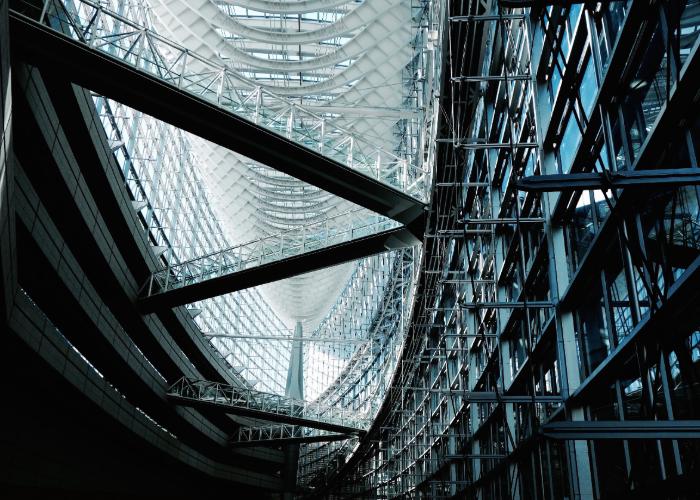 The Odaiba Marine Park faces the waterfront in Daiba, Minato-ku. It offers a great view of the Rainbow Bridge that connects Tokyo and Odaiba. In the Edo period, Odaiba consisted of several man-made islands that served as watch posts. These islands were later combined and now house the innovative architecture of the Fuji TV Building, Tokyo Big Sight, etc. People windsail in its waters, but swimming is prohibited. During the 2020 Olympics, marathon swimming and triathlon will take place there.

What to Do Near Odaiba Marine Park

If some shopping is in order, head to DiverCity Tokyo Plaza, an expansive shopping center that features a giant and very photogenic Gundam robot statue.

2. Indulge in Osaka Street Food at the Takoyaki Museum

If you could use a little snack, go to the Takoyaki Museum inside of DECKS Tokyo Beach. This museum is composed of a handful of famous Osaka shops to allow you to sample the best of the city's street food. You can also buy a takoyaki cooker to try and make them yourself, and get a takoyaki-themed souvenir from the museum’s shop.

After the competitions, on your way back to Tokyo, you could join the Tokyo Local Food and Drink Tour. Visit three tachinomi standing bars and chat with the locals over a cold beer in the lesser-known Oimachi neighborhood.

Odaiba is not too far from the new Toyosu Market, and we offer a tour of both Tsukiji and Toyosu Fish Markets. Tsukiji might not host the famous tuna auctions which now take place in Toyosu, but its seafood and street food stalls still attract crowds. This all-inclusive tour includes all transportation costs between the two markets and a sushi feast at a local restaurant. 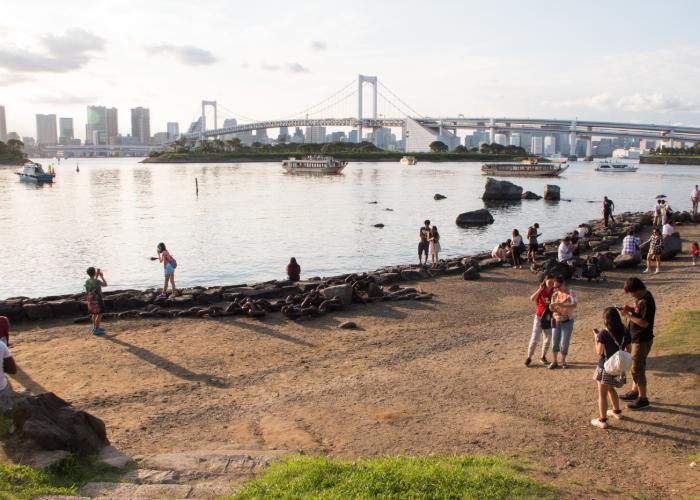 What Else to Do in Tokyo During the Olympics

If you didn’t get tickets, do not despair, there are plenty of other things to do in Tokyo during the summertime. For those that can’t contain their excitement for the upcoming Olympics, the Tokyo 2020 NIPPON Festival is here! Through different cultural and artistic events, this festival aims to strengthen ties between towns all over the world all while promoting diversity. 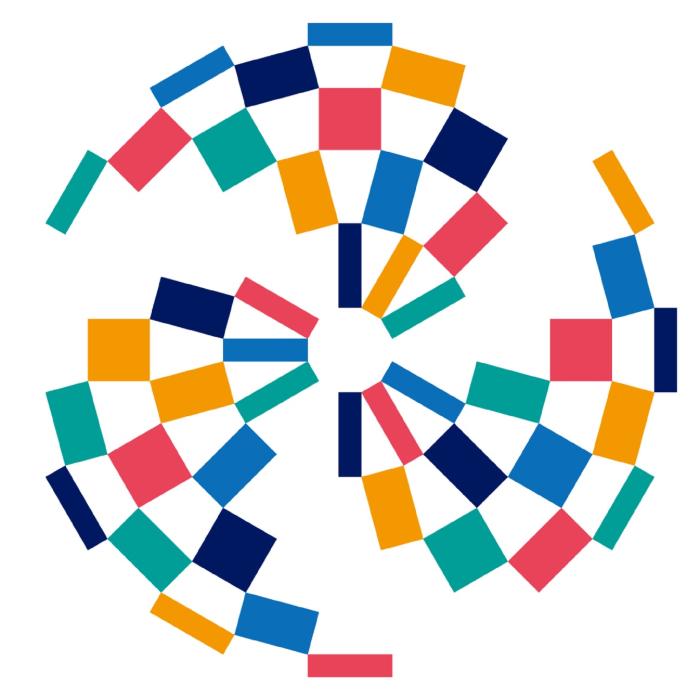 For those that didn’t manage to obtain seats to watch the sporting events firsthand, consider the Tokyo 2020 Partner Houses! Anyone can go there to watch the games on the big screen while enjoying special foods. These Partner Houses are organized by different countries and dotted all across the city near landmarks. More information to come.

During the Olympics, all of Tokyo and its surroundings will be filled with things to do, whether it be sporting or cultural events. As if this weren't enough, byFood offers food experiences all over Tokyo and across Japan so that you never go hungry. What a great time to be in Tokyo!

0
Click clap if you like this post
Yan Lasnier
An amateur writer and eggs benedict fanatic studying in Tokyo. On the days he misses the snow and bagels of his native Canada, he cheers up by travelling miles to a great new coffee shop and gets inspired by visiting Tokyo’s many art museums with a preference for the free ones.
See all posts
Success
Your process successfully done.
Stay in the Loop!
We are always discovering the latest foodie trends. Sign up to receive insider tips about the food scene in Japan's most extraordinary areas.
Custom Made Tours
Japanese Food and Attractions
+
Japanese Food
Tourist Attractions
The Company
+
About Us
News & Features
Careers
Guest
+
Guest FAQs
Terms of Use
Hosting
+
Become a Host
Become a Guide
Host FAQs
Partnership
+
Team Building Activities
Travel Agency Partnership
Affiliate Partnership
Collaboration
Contact Us