With your help, the equivalent of 350,715 nutritious school meals has been donated to children in need. Many of these school meals are given directly to the school students in Malawi. These meals have directly affected the number of students enrolled in Malawi schools. When this opportunity is available, parents are happy to send their children to school, knowing they will receive at least one nutritious meal each day.

Malawi is one of the world's poorest countries, constantly struggling with drought, poverty, lack of natural resources, and flooding. In reaction to the catastrophic floods in 2015 that destroyed villages, homes, livestock, and crops within Malawi, Seibo was born.

Since 2016, Seibo has been providing the students, and families, in Malawi with a corn and soy flour blend called "Likuni Phala." Most families, and schools, prepare a thin porridge using this flour, which can provide students with a nutritious meal to give them energy for learning throughout the day. For some children, the school breakfast they receive every morning is the only meal they will eat all day. 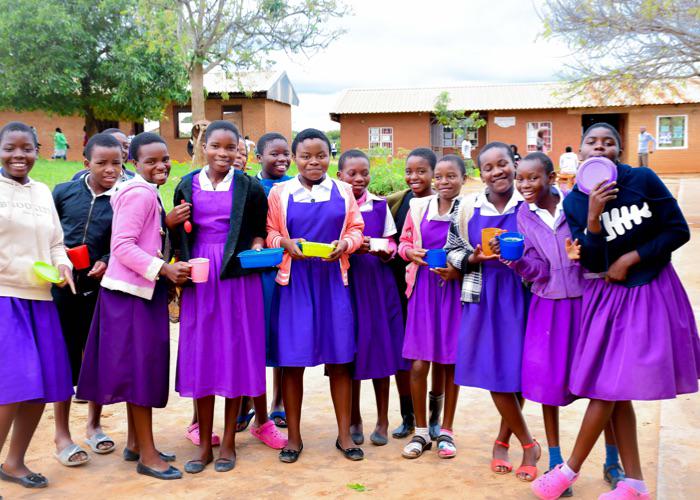 Poverty and starvation keep many parents from enrolling their children in nursery schools. Seibo is committed to making nursery schools affordable, which would allow children to have at least one warm and nutritious meal a day, whereas many children may go an entire day without food. In Malawi, many children don't live to see their fifth birthday; children under five years old must be given proper nutrition through our donations.

In Chilomoni, Southern Malawi, nursery schools returned for the second school term, after a 2-week break, on March 28th. Team Seibo delivered 2,250 kilograms of flour to the nursery schools to provide free school meals to 1,524 currently enrolled students. Staff and volunteers served about 911 meals to nursery students in April 2022.

Through the Seibo Japan website, you can see the location and photos of each Seibo-partnered nursery school in Malawi. 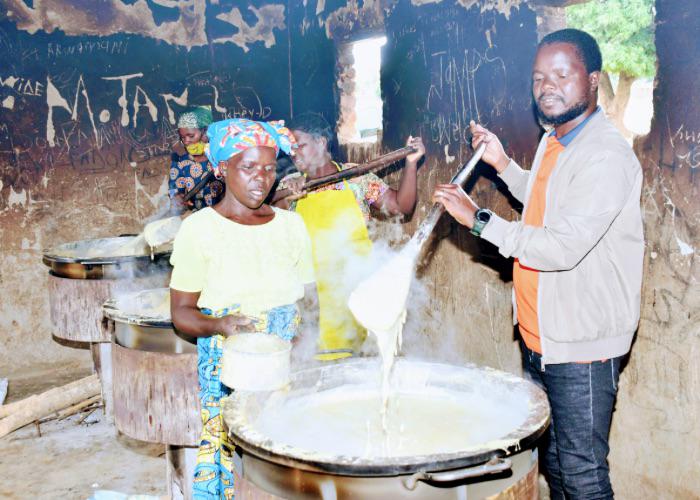 In Malawi, primary school education is free; however, primary school students have the highest probability of dropping out. The opportunity of free education is often valued less than the need to work to help provide for their families. Most girls leave school to care for their younger siblings while their parents work. Without proper education, it is nearly impossible to make a living wage in the future, contributing to the issue of early marriage among young girls in Malawi.

In Mzimba, Nothern Malawi, students returned for the second school term on March 28th. Team Seibo delivered 19,990 kilograms of flour to all 12 Seibo-partnered primary schools to supply free school meals to approximately 13,758 students. A total of 344 meals were served to Primary School students in April 2022. 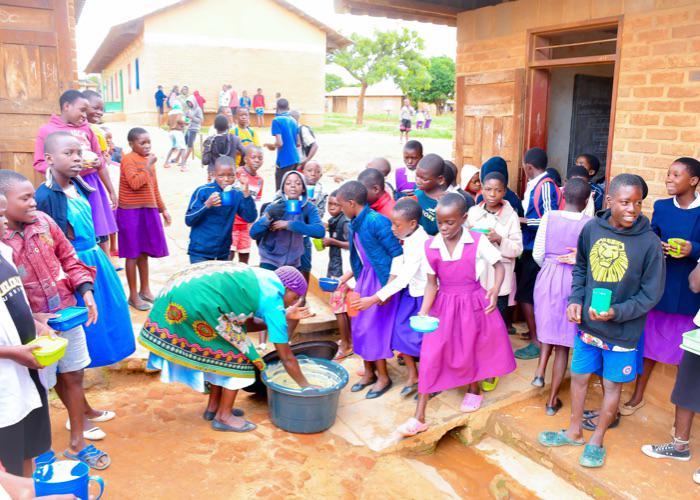 Many Seibo-partnered nurseries are operated from rented buildings and employ staff members to help with childcare, cooking, and feeding. Because of this, a small cost is required to send children to nursery school. Thanks to the 'Seibo Kids' program, the most vulnerable and impoverished families have the opportunity to send their children to school. Seibo also provides school uniforms, free of charge, for children in the program. 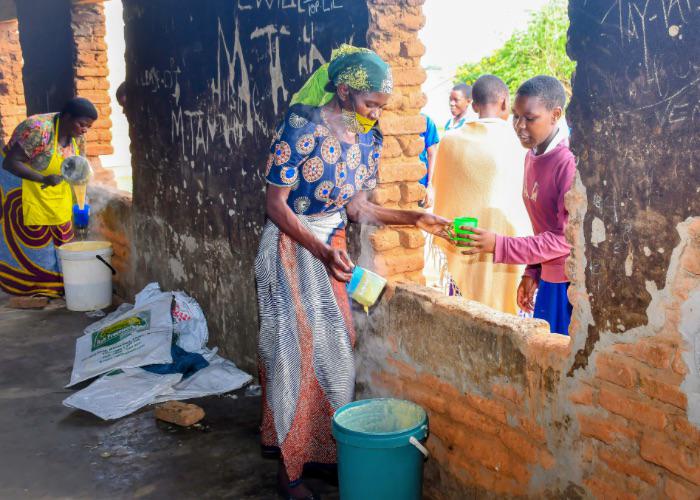 On this visit to Malawi, Seibo had several requests for assistance. The following is a list of these requests:

Kurya Ndiko Uko: 'Mbana Mbatonse' Early-Years Childcare Development Center requires a roof for their building and help with school feeding in their nursery. The roof cost is estimated at 7 million Malawian Kwacha, about 8,500 United States dollars.

Mzimba District Hospital: The hospital's Nutrition Rehabilitation Unit is asking for a regular flour donation to aid in the recovery of in-patient and recently discharged patients. The hospital has expressed gratitude for past contributions, which provided breakfast to those staying at the hospital.

Kazomba Primary School: The school has been waiting for government funds to replace the classroom's roof, which was destroyed by fierce winds. It has been three years since the incident, and the school has not received any funds.

St. Paul's Primary School: With a rise in enrolled students, the school has begun fundraising to build a new classroom block. Described as a "model school," the students, staff, and volunteers work extremely hard to keep their classrooms and school feeding area tidy and clean.

Replacement Stoves: Most of the stoves used in Seibo kitchens and at various schools have been used since 2016. Even with maintenance performed in 2019, some stoves began leaking, along with other issues. Seibo is collecting donations for repairs and replacements. 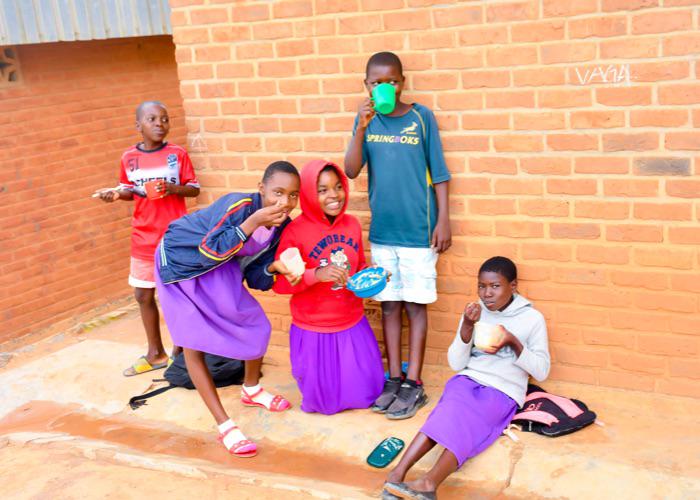 If you want to provide further support, you can donate directly through Seibo's website. There are options to give one-time, monthly, or annual donations. You can also become a yearly supporter and help feed millions of children in Malawi who suffer from physical stunting and death at an alarming rate. Almost 50 percent of all children in Malawi are stunted, and more than 6 percent won't live to five years old. By donating the equivalent of 22 United States dollars, you can keep a child fed for an entire year. 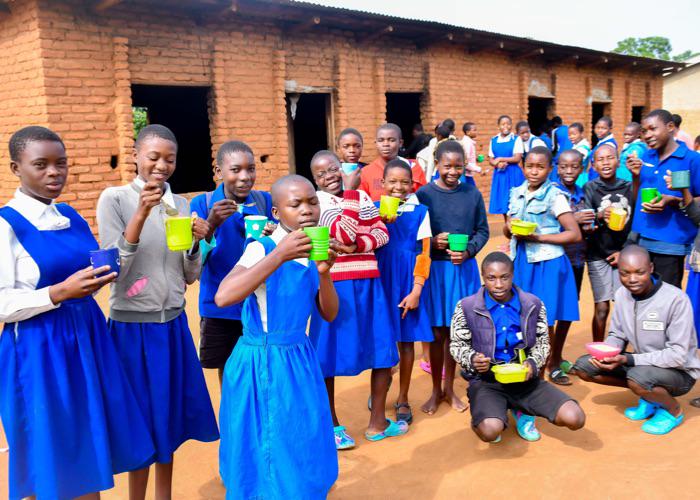 As of April 2022, roughly 350,715 nutritious school meals have been donated to needy children. By booking a food experience or placing a restaurant reservation, byFood will donate school meals to children worldwide.

We strive to be as accurate as possible and keep up with the changing landscape of Japan’s food and travel industries. If you spot any inaccuracies, please send a report.
0
Click clap if you like this post
Taylor Hamada
Taylor is a Kyoto-based foodie that loves gardening and creating seasonal recipes for her friends and family to enjoy. She strives to live her days on a self-sustainable farm in the Japanese countryside. Until then, she enjoys eating and drinking her way through Japan, America, and many other countries!
SEE ALL POSTS
You may also be interested in
Tokyo