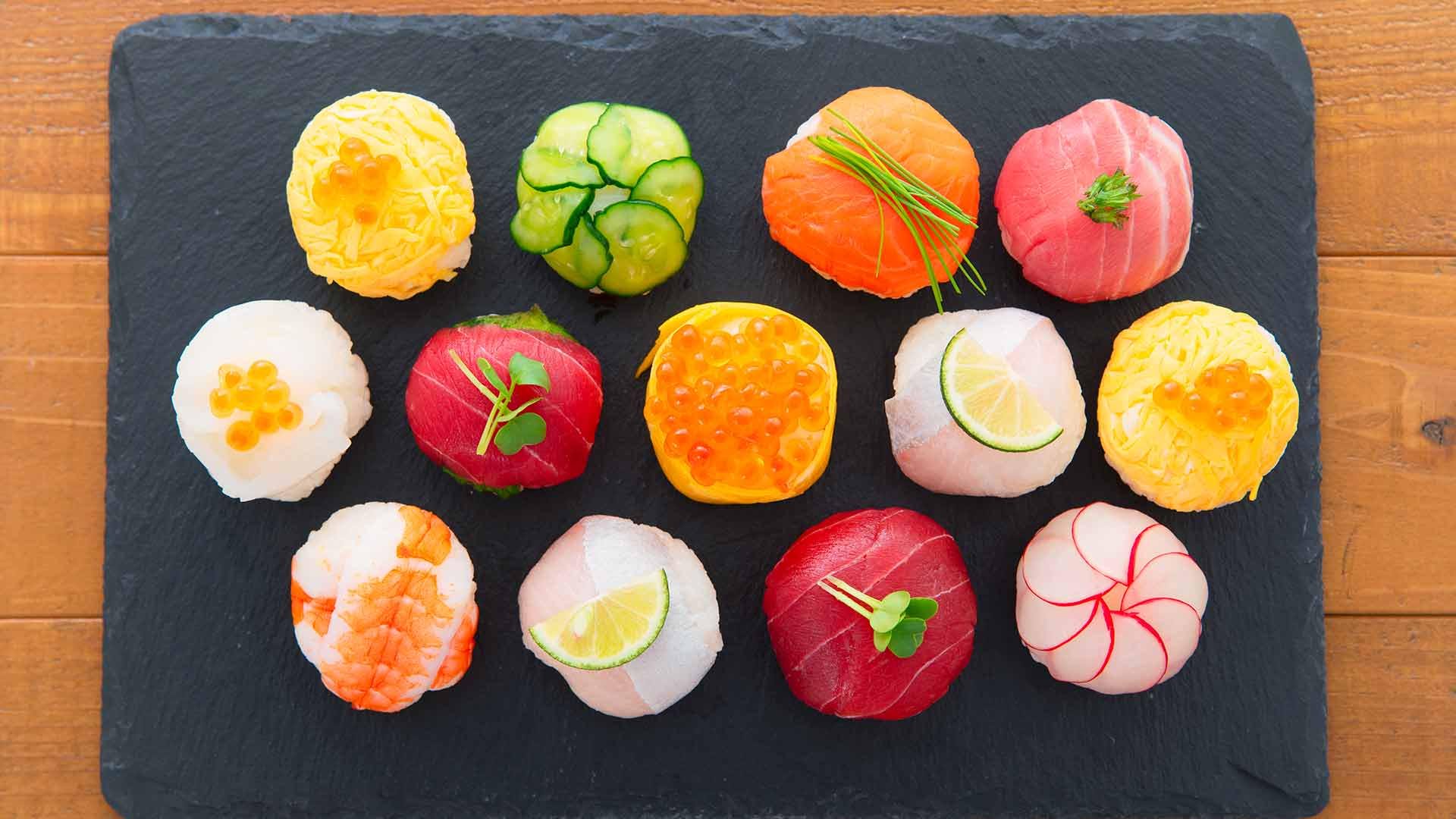 Find Your New Favorite Among These 9 Different Types of Sushi

If you think that sushi is just raw fish then you are about to have your mind blown. When you open up a menu at a sushi-ya (sushi restaurant) you may be confused by the variety of types of sushi. From the well-known makizushi (rolled sushi) to delicate nigiri pieces, it does take a while to remember which sushi is which. But fear not, this post will help you brush up your sushi knowledge, and broaden your sushi tastes beyond the Westernized California roll.

And to learn more about the variety of seafood used in your favorite sushi dishes, check out our beginner's guide to the types of sushi fish.

So What is Sushi?

Sushi is considered any dish that includes rice seasoned with vinegar, sugar, and salt; served alongside ingredients such as seafood and vegetables. The possibility of different seafood combinations with the vinegared sushi rice is vast, spoiling sushi lovers with much choice and variety. Over time, both in Japan and beyond, there have been riffs on traditional Japanese sushi, leading to many different types of sushi to satisfy adventurous taste buds.

9 Different Types of Sushi to Try 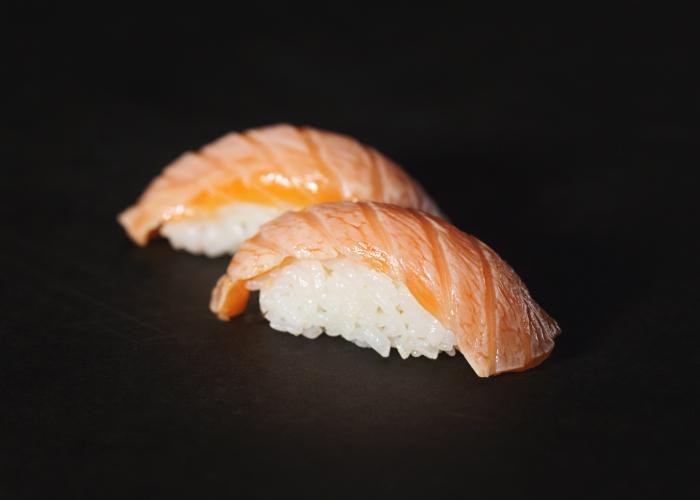 To ease you into learning about the different types of sushi, let’s start off with the most well-known: nigiri sushi. The type of sushi is accompanied by either raw fish, tamago (egg), or sometimes a type of vegetable. Very rarely, you'll find this type of sushi made with a cut of meat rather than seafood. The majority of the time it is paired with raw fish such as salmon or tuna. Sometimes the fish may also be cooked or seared for a different, bolder flavor.

Makizushi, a.k.a. maki sushi is probably the sushi you would recognize the most, with various combinations of fish, vegetables, and sushi rice all rolled with a sheet of nori (seaweed). Sometimes it is made with just one ingredient for filling; this specific type of makizushi is called hosomaki. Known as the traditional sushi roll, you would be surprised by the different types of sushi rolls that are available nowadays to suit many different preferences. 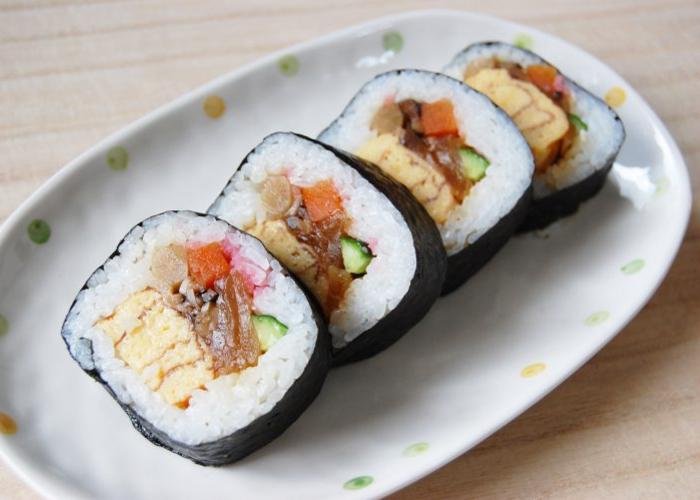 There are different types of makizushi, one being the futomaki, translating to "fat rolled sushi." As direct as the name is, it is literally a thick rolled maki sushi (usually vegetarian) with ingredients such as cucumber, tamago (egg) strips, and shiitake mushroom. It is the most classic maki roll in Japan and a popular sushi roll to make for festive events, add to a daily bento box, or bring to gatherings.

The hosomaki is considered the most basic makizushi type. Rather than having a combination of fillings, it only contains a single filing, normally consisting of an ingredient like cucumber, salmon, tuna, or crab stick. It is the smallest makizushi and is enjoyed for its simplicity. 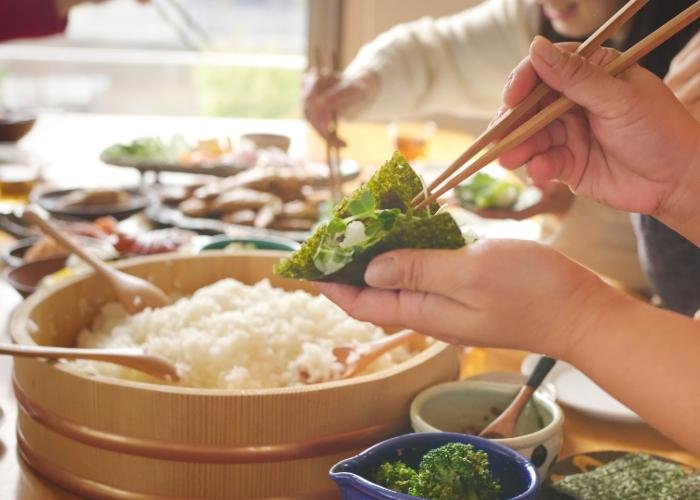 Moving onto another variation of the maki, temakizushi is known as the "hand roll." A sushi hand roll is an easy one to make at home. It is rolled with a variety of ingredients, often including a type of fish. Temakizushi is eaten by hand, as picking it up with chopsticks would be cumbersome and messy. 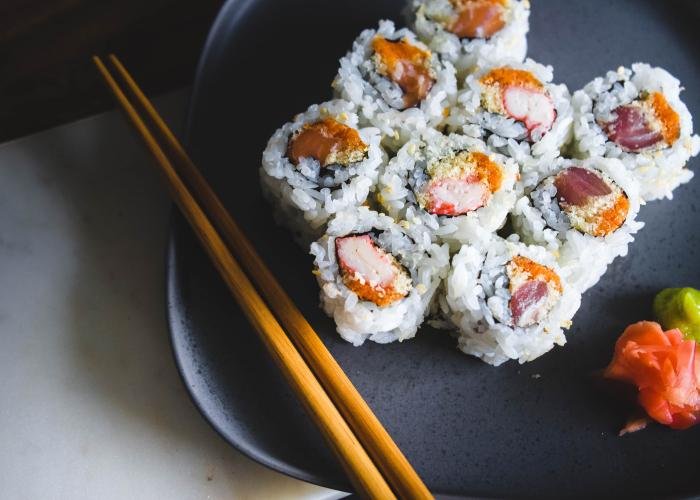 Another type of maki is the uramaki, known as the "inside-out" sushi. It is not your typical rolled sushi, as the rice is on the outside, with the nori wrapped around the filling. Interestingly, the uramaki originates from Los Angeles and it is not a surprise that this makizushi is the most popular type of sushi in America. Even if you are quite new to the Japanese food scene, you must have heard of the famous California roll. However, in Japan the popularity of this uramaki is still overshadowed by its more traditional peers. 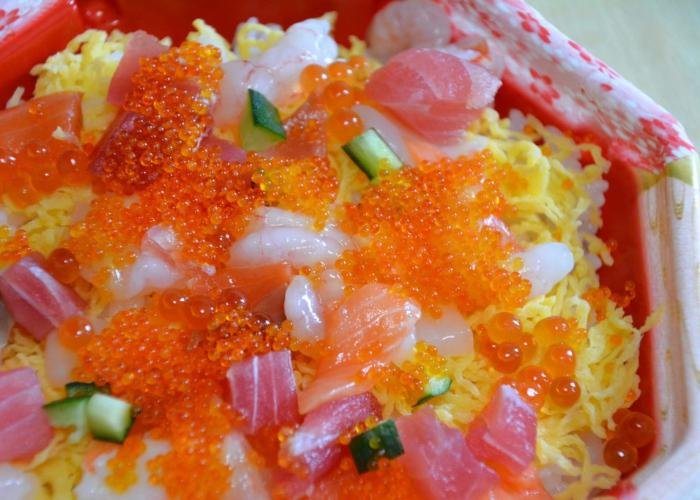 Moving on from the maki family, chirashizushi translates to "scattered sushi" and consists of a sushi bowl with a base of vinegared rice with raw fish and other ingredients on top. The types of raw fish used varies and the most popular would be salmon and tuna. It is often garnished with shredded egg, nori, and salmon roe on top for a mouth-watering and colorful finishing touch. This dish is easy to prepare and popular as a party food, as a big platter can be made and easily shared. 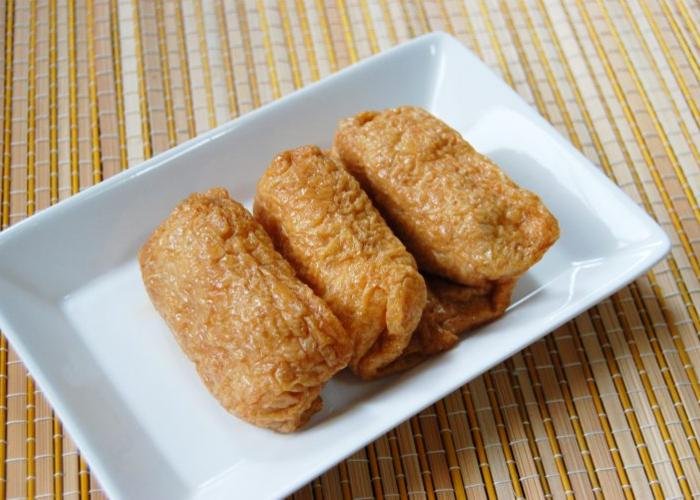 As we delve into the less recognized types of sushi, another popular sushi in Japanese food culture is inarizushi. Not your typical maki or nigiri, inarizushi is comprised of sushi rice in a pocket of aburaage (thin, deep-fried tofu). Rather than being a savory sushi dish, inarizushi is quite sweet, though it is not regarded as a dessert in Japan. It is a popular side dish and a great addition to a bento box. 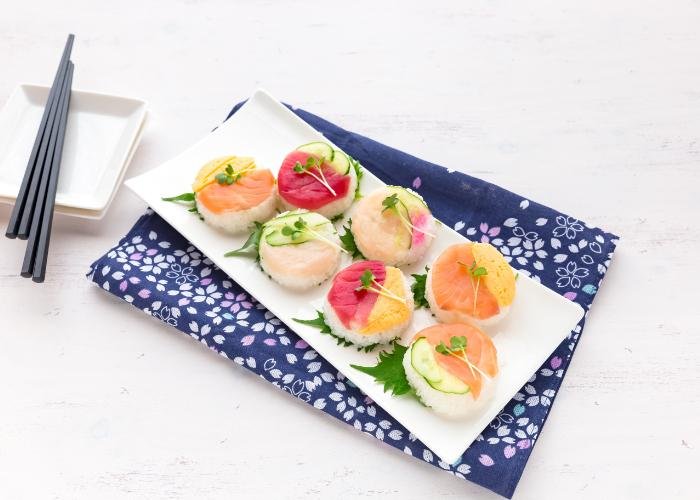 Another traditional type of sushi is temarizushi. Temari directly translates into "hand ball" in English, referring to a traditional Japanese toy, an embroidered ball that people used to play with. However, nowadays the temari ball is more of a decorative ornament than a ball game. Temarizushi is like a smaller, cuter form of nigiri sushi, and is normally topped with raw fish. 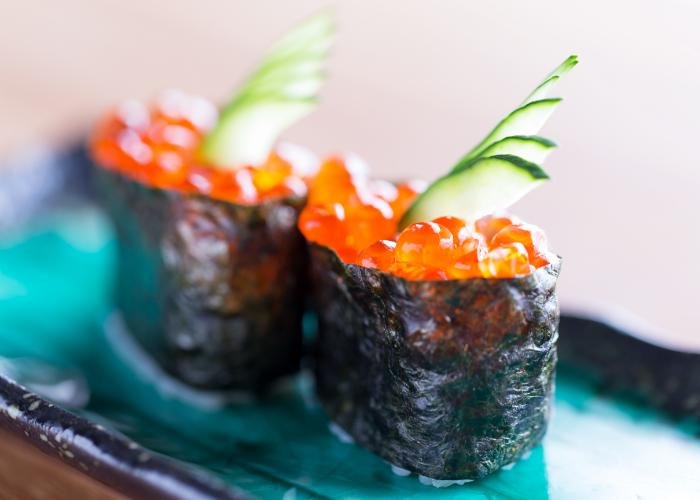 Then there’s the gunkan maki, a common type of sushi that is widely-recognized. It may not look like the typical makizushi, though it is still wrapped in seaweed. It gets its name, which translates to "battleship," from its shape. Typical toppings include tobiko (flying fish roe), ikura (salmon roe), and uni (sea urchin). However, there are no limits to what you can top gunkan maki with. 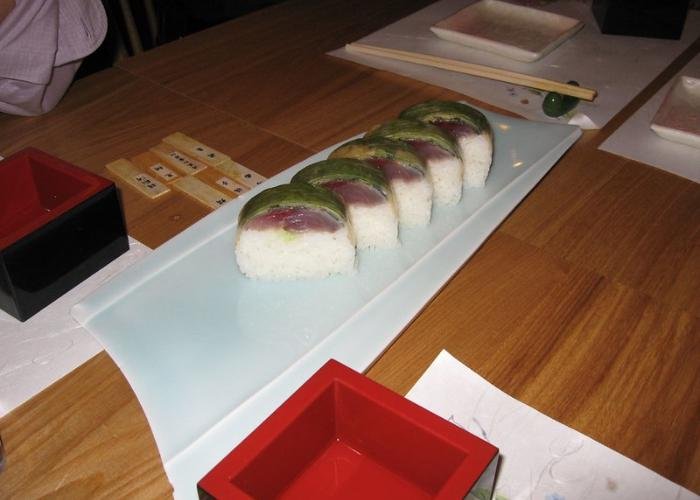 Now we're in the territory of the less common sushi types. Fermented foods are known for their gut health benefits but have you ever tried narezushi, known as the fermented sushi or the "first sushi"? Sushi was originally a fermented dish, where fish was preserved in fermented rice. Later, the rice would be discarded and the fish consumed. It is not as commonly eaten nowadays but is still a delicacy in the world of sushi.

As you know, Japan is a country with diverse regional cuisines. One type of sushi that comes from Osaka is the oshizushi, meaning "box sushi" or "pressed sushi." This type is actually one of the oldest forms of sushi, the successor to narezushi, which sprang from the method of preserving fish by packing it tightly in boxes of fermented rice. 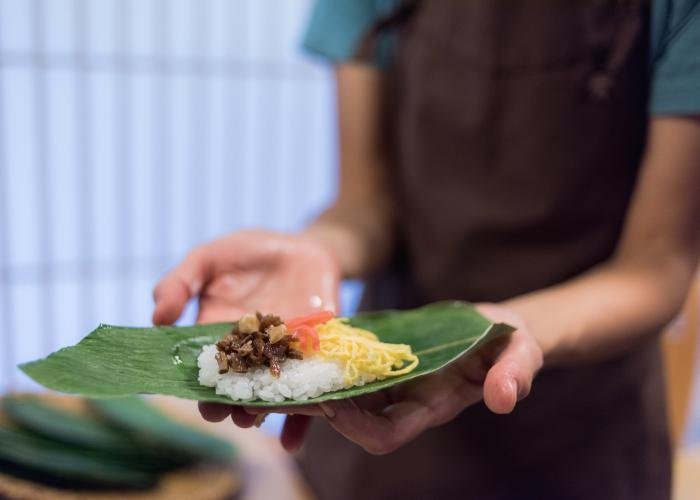 The last type of sushi we'll cover is sasazushi, one that you've likely never heard of. It is a local, rustic style of sushi from Niigata and Nagano prefectures that is often made with wild vegetables presented on a bed of sushi rice with a bamboo leaf standing in as a plate. This is yet another healthy and fresh type of sushi that features produce from the nearby area.

As you can see, from nigiri to maki, there is a diverse range of ways to enjoy sushi. So try them all, or even join a sushi cooking class in Japan, and learn how to make them for yourself. You'll be sure to discover your new favorite type of sushi! 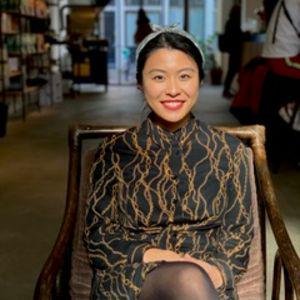 Jessie Cheung
Always on a mission to source the best food. Jessie is a keen traveller and foodie that mainly chooses her next destination depending on how good the local food is. She currently lives in Tokyo and loves discovering the best places to dine and have a good time in!
You may also be interested in