Obama, Japan is a coastal city located in the Fukui Prefecture. And yes, the city does share the same name as the former U.S. President. The locals of Obama are aware of this connection and have built numerous statues and murals in his likeness around town to promote tourism. One can even find many souvenirs and foods with his face on them. And just like President Obama, there are many fascinating elements about this coastal city beyond its name.

In this video, we join Shizuka Anderson and special guest Leina Bambino as they explore this beautiful, historical town, learn the art of making chopsticks, and of course, taste some wonderful seafood. Obama is only the first stop on a western Japan road trip in which they will drive for three days across the coast of west Japan, visiting Fukui Prefecture, Kyoto Prefecture, and Hyogo Prefecture.

Strolling along the streets in Sancho-machi, which was once Obama City’s popular red-light district, Shizuka and Leina agree that the city has a similar feel as Kyoto, perhaps due to its Kyoto-style architecture. Sancho-machi has beautifully preserved its history, and that is shown through its buildings. 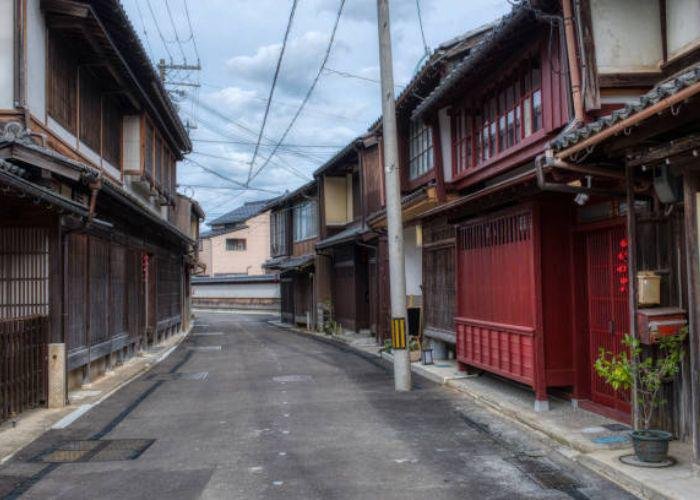 The next stop is AKAO Curry Cake & Cake Shop. Unlike the more typical Japanese curry buns or deep-fried curry bread you can find in Tokyo, this shop offers curry cake, an interesting spin on a common food. The curry bread exudes a sweet smell similar to taiyaki. Appearance-wise, it is shaped like a hot dog. The cake itself tastes sweet, as most cakes are, and the curry filling is mildly spicy, forming a unique combination of flavors hard to find elsewhere. 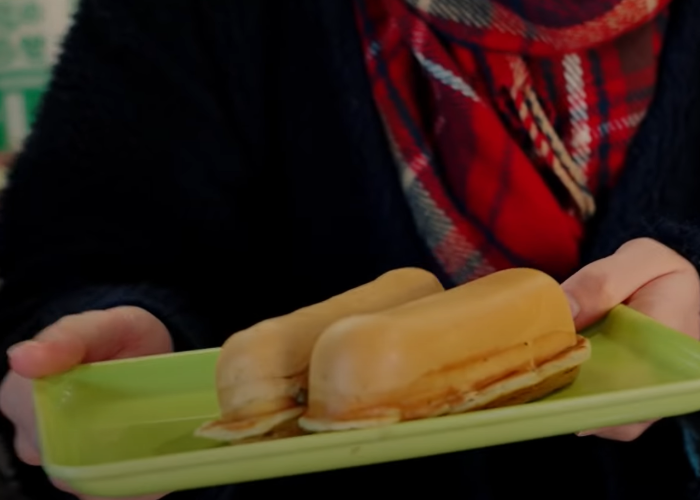 After their stop at the curry cake shop, Shizuka and Leina arrive at the Miketsukuni Wakasa Obama Food Culture Museum, where they will be making chopsticks. Obama is renowned for its handmade traditional wood lacquer chopsticks, producing 80 percent of the traditional lacquerware chopsticks in Japan. Among the many things to do in Obama, Fukui, making chopsticks should be on many people’s list. 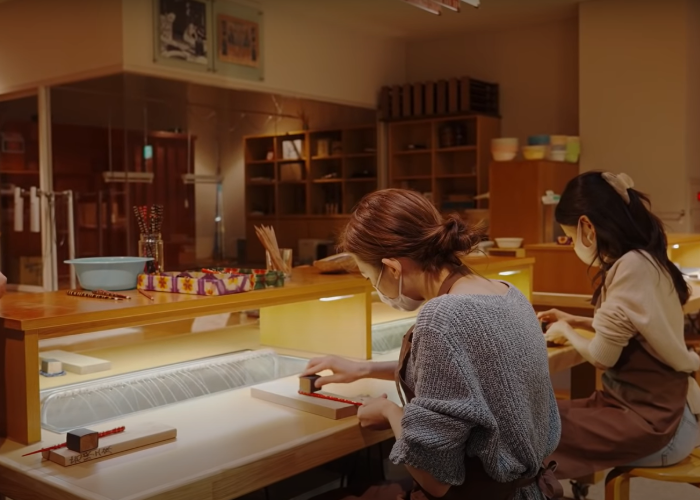 After, Shizuka and Leina are invited to Minshuku Sasuke, a beautiful old inn to try three differently prepared mackerels, all of which are endemic to Obama. The first type of mackerel that the duo try is yopparai saba, "drunk mackerel," in sashimi style. This type of dish is prepared by first feeding the mackerel with sake kasu, a byproduct of the sake-making process. Unlike most sashimi, this one is very chewy. 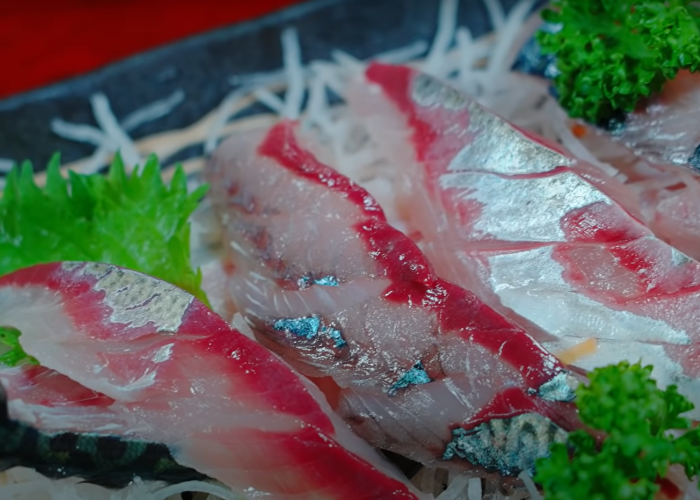 A second mackerel dish is called narezushi, which is one of the earliest forms of sushi. It is made of fermented fish that's preserved with rice and salt, and is packed with a strong umami flavor. In addition to its great taste, the dish opens a window into the history of traditional Japanese food culture. One of the earliest forms of preserving fish was to store the fish with rice, and over time, people started eating the fish with the fermented rice. The start of modern-day sushi began in the Edo period when people stopped fermenting the rice and added vinegar instead. 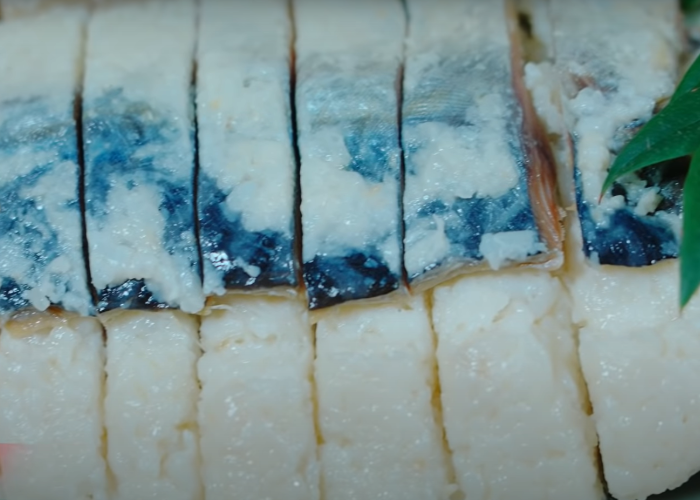 The final mackerel style that Shizuka and Leina try is heshiko, which is a salted mackerel that’s pickled in nuka (rice bran). There are two types of heshiko served here, one grilled and one raw. The raw heshiko is rather salty and tastes like salmon, which greatly surprises the duo. The grilled heshiko takes the salty flavor up a notch, so Shizuka recommends that eating it with rice and tea rather than eating it alone. 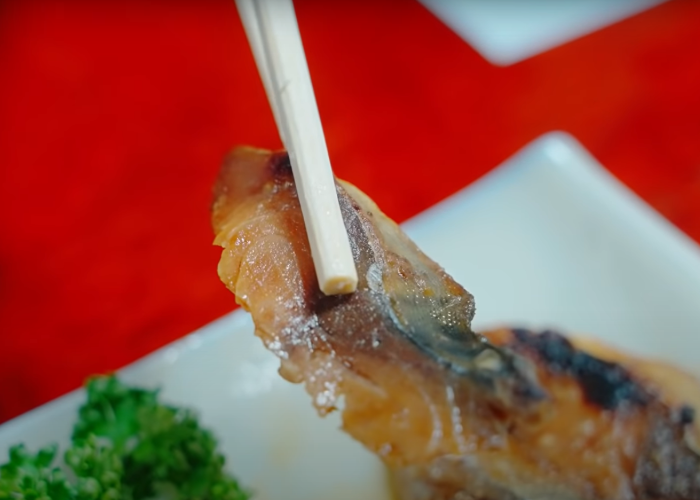 From seafood delicacies to traditional lacquered chopsticks, Obama City is a quiet hidden gem in Fukui Prefecture where one can be fully immersed in the traditional atmosphere of Japan without the large crowds. Obama, Japan is not the Obama that most people know of, but it might just be more charming than him. For Shizuka and Leina, their experience in Obama City is a great start to their western Japan road trip.

We strive to be as accurate as possible and keep up with the changing landscape of Japan’s food and travel industries. If you spot any inaccuracies, please send a report.
55
Click clap if you like this post
Victor Chen
Victor is a student at Northwestern University and is deeply passionate about exploring different cultures and food. In his free time, he would work on his novel, listen to jazz, and create short films.
SEE ALL POSTS
Stay in the Loop!
We are always discovering the latest foodie trends.Sign up to receive insider tips about the food scene in Japan's most extraordinary areas.