Tea has been around for many centuries, and it’s hard to come to Japan and not have a taste of green tea either hot, cold or in any other form that is so highly valued in this country. Although Japan was rather late to the tea hype, only having started to grow tea 800 years ago when a Buddhist monk who traveled to China brought back seeds, they planted and cultivated them and never looked back since. The Japanese love it so dearly that it became the heart of the treasured Japanese tea ceremony.

In the area of Sayama, Saitama, there has been a history of growing tea since the first seeds were brought back. If you’re in Tokyo and you want to learn more about the process of making hand-rolled tea and the history behind it, but don’t have the time to go out to other prefectures such as Fukuoka or Shizuoka, then book the Saitama Sayama Tea Farm Tour. I was lucky enough to go along and learn about the rich history behind the tea plantations and try hand-rolling tea first-hand.

We arrived at the sleepy area of Sayama early on a Sunday morning. It took around an hour to reach the quaint tea farm in Saitama Prefecture, northwest of Tokyo. When we arrived, we were first given a taster of hot roasted tea that was made from roasting the dried green tea leaves in a machine that creates a dark, rich and earthy flavor. Next up, we were given a more refreshing cup of ice-cold green tea from one of the men that work on the farm. It was quite the welcomed thirst-quencher as it was a rather hot, muggy day.

There was something unique about this tea; this version of green tea was not made with boiling water that then was cooled and had ice put in it. No, this green tea was instead made with hand-rolled tea from the plantation that had ice cubes placed on top in a teapot which then proceeded to melt, resulting in this ice-cold, refreshing drink with a gloriously light and gentle flavor of green tea that wasn’t bitter, overpowering or earthy as it sometimes can be. It was honestly the nicest green tea I have ever tasted and a welcomed introduction of what was to come.

A Brief History of Sayama Tea

As we enjoyed the refreshing drink, our guide Kyoko Nagano, told us more about the history of this tea farm and what they grow here. We were told that there are three tea harvesting seasons, typically in April, July, and October. On this farm, they grow Sayama green tea, and what makes Sayama green tea unique from other teas grown in Japan is that Sayama tea has thicker leaves due to the cooler climate it’s grown in. This cool climate sometimes frosts in winter, and the trees are unable to survive without thicker leaves. Because of this cooler climate and thicker leaves, Sayama tea has a distinctly rich and slightly sweet flavor which has also been found to have some of the highest levels of antioxidants that are found in green tea.

At this plantation, three types of tea are produced here that are all products of Camellia Sinensis, which is a species of an evergreen shrub or small tree whose leaves are used to produce tea. The first is black tea, which is roasted for a more earthy depth in flavor, then oolong tea, which is dried and oxidized resulting in a fruitier taste, and lastly green tea which is hand-rolled, refreshing and light in flavor.

We were given these three variations cold and iced as it was a hot day. The green tea was my favorite as it’s invigorating, and my least favorite was the black, dark roasted tea which was too earthy in flavor for my personal preference. After these taste tests, we were ushered into a small room where we could dress up in traditional tea picking attire with the help of the staff. 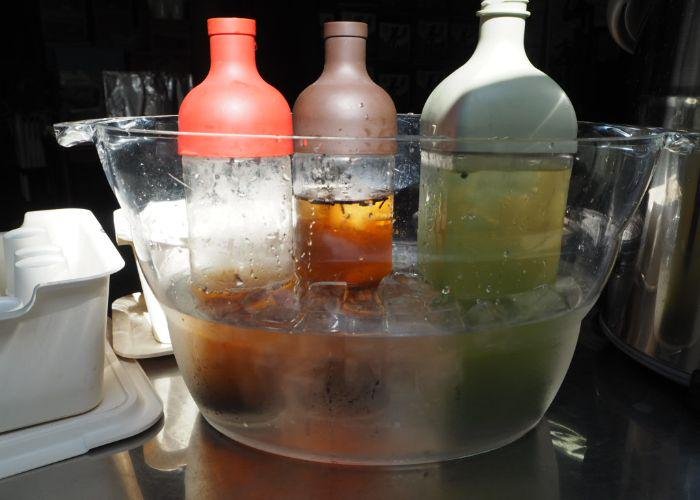 The traditional tea picking attire is sometimes referred to as cha-musume or yamakasho chaen which roughly translates to “tea daughter” or “tea girl” as women traditionally use to work on the tea plantations, harvesting the produce. The outfit comprises of patterned cotton happi coats which are traditional short robes, bandanas to hold your hair back and to protect it from the sun, picking gloves to protect your hands and wicker baskets to hold your bounty. 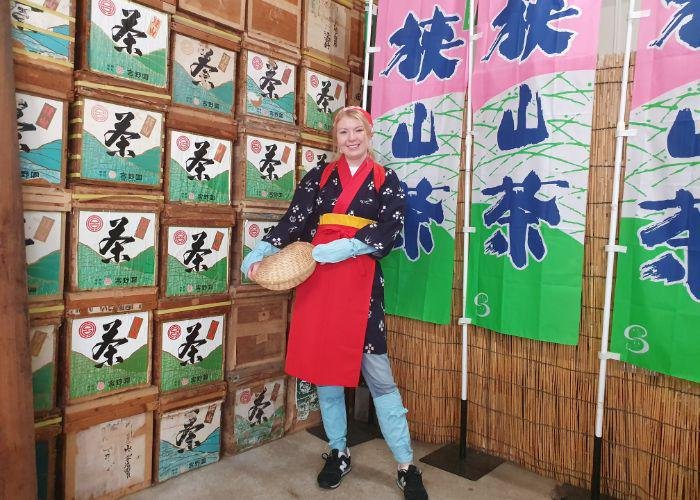 In modern-day Japan, most tea is harvested by machine, and picking by hand is mostly reserved for the high-grade teas as it’s expensive and labor-intensive. We were told the best way to pick the tea and what to look out for. When picking the tea, you want to pick the top three leaves; one baby leaf that’s a lot smaller and newly sprouted, then the two slightly larger leaves that are just below. These are picked because they are more tender and sweeter than the others, with the older, larger leaves taste more bitter.

After we had posed for some pictures in our traditional get-up, we headed out into the symmetrical rows of pruned tea shrubs and started to pick the Sayama green tea leaves. Once you get the gist of it, it becomes clear which ones are good to be picked as they snap off easily. This is what makes hand-picked tea so delicate, desirable, and exceptional in flavor.

At this point, I would issue a quick warning of bringing mosquito repellent with you, as I was picking, I got bitten a number of times on the parts of my hands and ankles that were exposed. You really learn to appreciate the labor that goes into producing this green elixir of life. As the sun shone down, you begin to understand how, particularly in summer, this could be exhausting work and we were only picking for under half an hour! 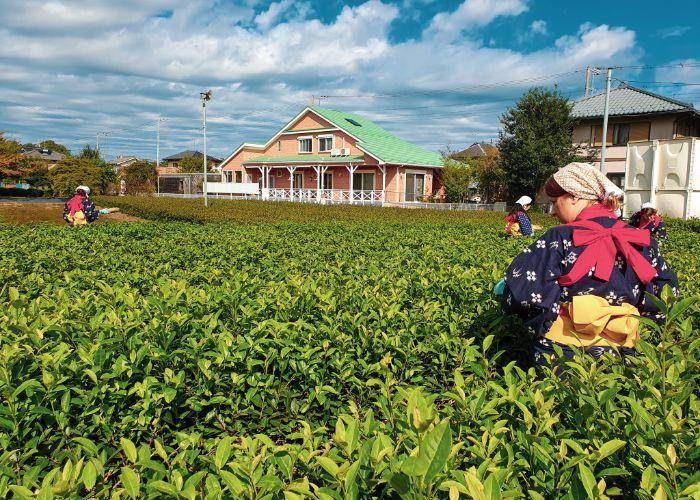 After gladly retreating to the shade, we were able to hydrate with more of the delicious tea and were informed about the process of hand-rolling the tea.

First, you wash your hands and the leaves that you have collected while out on the farm. You then shake the excess water off and slide them into a plastic bag, tie the top and pop them in a microwave for two minutes. This process steams the leaves and you take them out of the bag onto some paper to cool off and then gently roll them between your hands for a minute or so.

Once the rolled leaves have cooled down, we put them in a bowl and back in the microwave for another minute and repeat the process five to six times, rolling them slightly stronger with your fingers as you go along. Each time you repeat the process, you’ll see before your very eyes how the leaves crisp up and shrink, looking more like the dried tea that’s in your teabags or loose-leaf tea. Once completed, you can package up your tea and enjoy it at home. 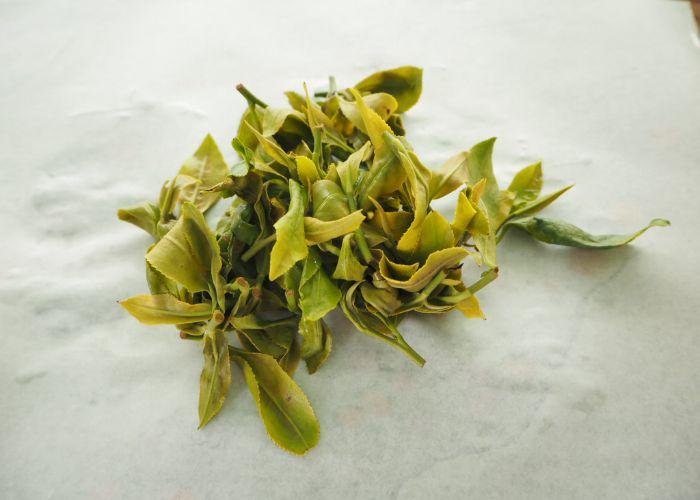 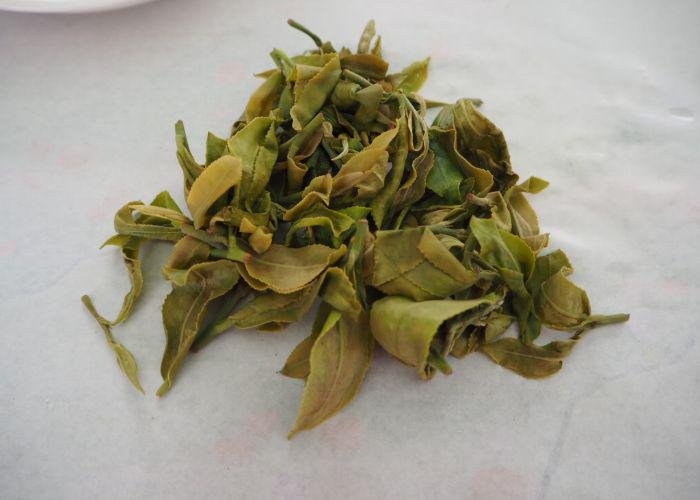 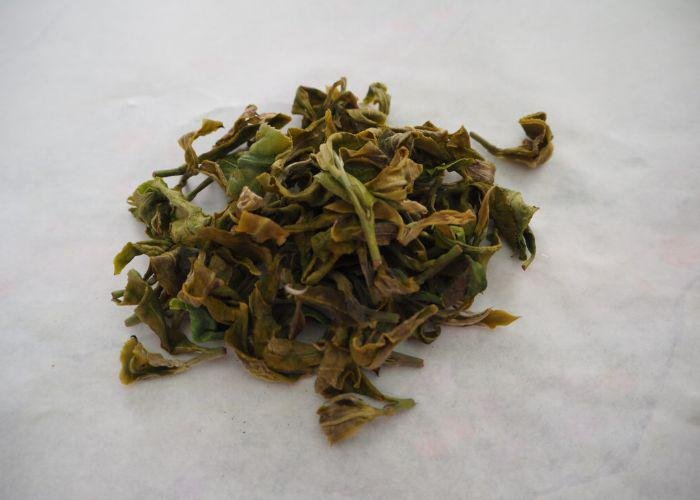 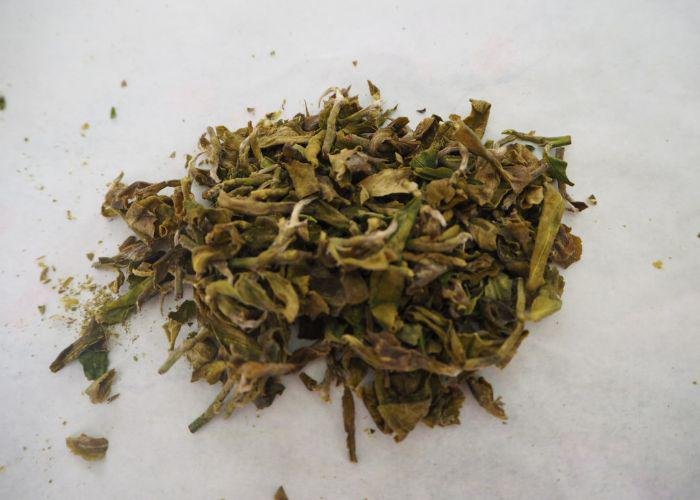 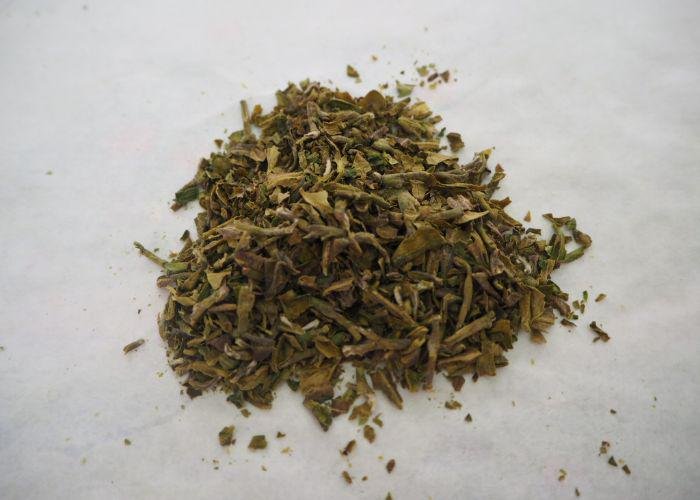 As we were busy hand-rolling some of the tea leaves we had collected, some of the rest of our harvest was being transformed into delicious tea leaf tempura by one of the staff. He placed the leaves in the batter and then fry them gently in oil. When he had completed the batch, it was brought out to enjoy as a tasty snack. While it was cooking, we were quickly shown how to create sea salt (what else) to season the tempura. The tea salt was made by grinding some sea salt with dried green tea leaves using a pestle and mortar. While the tempura was still hot, it was sprinkled with tea salt and was ready to devour. I have to say, the batter was deliciously light, creating a fine coating of the tea leaf and the tea salt was the perfect salty accompaniment. 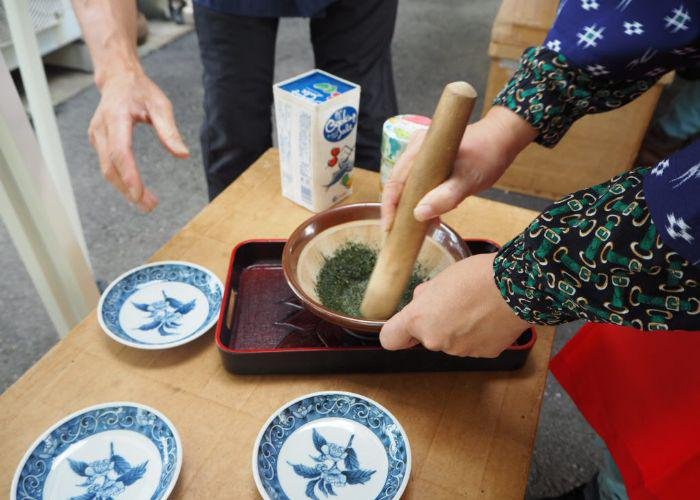 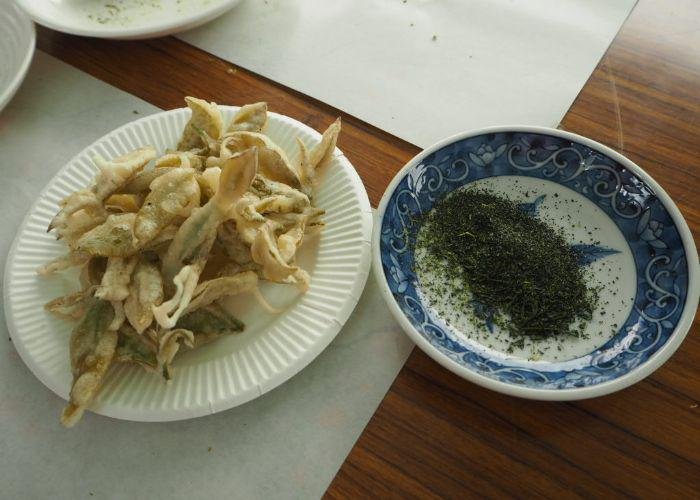 After this has been eaten up, you can choose to stay for lunch for an extra ¥1,000 where you can enjoy green tea soba noodles, tea miso soup and tea onigiri. 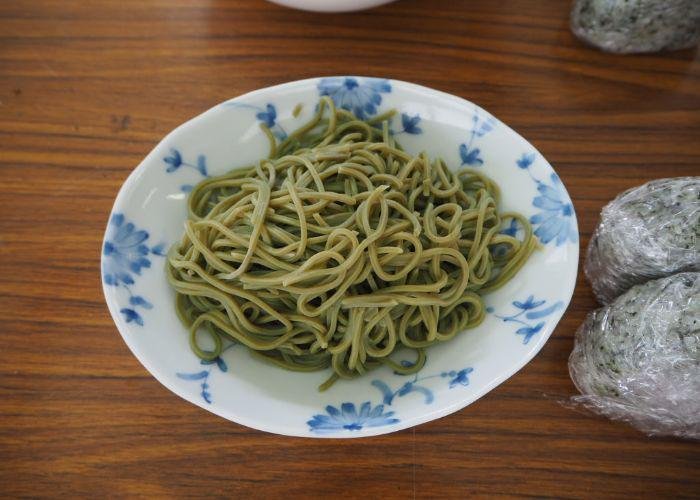 Once you’ve finished, you can head to the gift shop which offers everything tea, from green tea ice cream to green tea waffles and tea salt, along with their own home-brewed iced tea, which is delicious and thirst-quenching after a long day in the fields picking the leaves. They also have pre-packaged tea from the plantation and anything else tea-related that you can imagine.

Want to have a go at making your own hand-rolled Japanese green tea? Book the Saitama Sayama Tea Farm Tour that promises a quali-tea (sorry) day out for all the family and a great way to see behind the scenes of the production of green tea in Japan and to learn more about it.

We strive to be as accurate as possible and keep up with the changing landscape of Japan’s food and travel industries. If you spot any inaccuracies, please send a report.
0
Click clap if you like this post
Georgie Morgan
Georgie is a photography enthusiast, ramen obsessed and a self-confessed travel addict. She has visited 49 countries and counting and enjoys eating her way around the world trying unique foods that are specific to each country and region she visits. She hates breakfast food, loves spicy food and can eat eight tacos in two minutes.
SEE ALL POSTS
You may also be interested in
Video