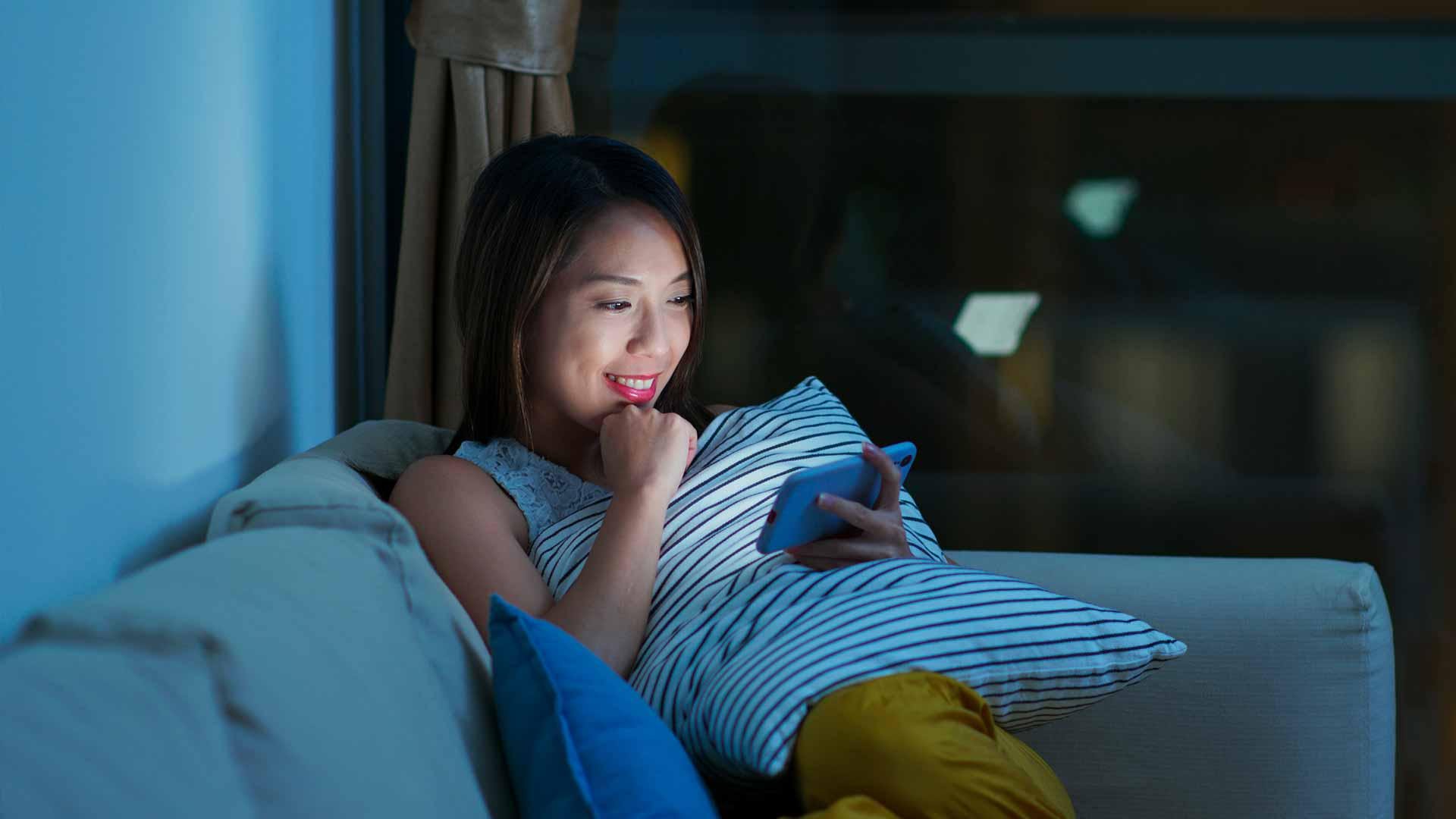 We're living in strange times at the moment, trying our best to weather out this coronavirus situation while practicing social distancing (if we have that privilege). For those of us who find ourselves at home with ample time to spare, what better way to occupy our time than to binge watch a few TV shows? Japan is not short of entertainment, and there is an abundance of Japanese dramas for you to dip your toes in while you #stayathome.

Mystery, action, romance, drama — you name it, Japan has it! You're bound to pick up a few aspects of Japanese culture by the end of any series.

10 Japanese Dramas to Watch While You Stay At Home

Here is our list of 10 great Japanese dramas to get you started.

One of the most popular Japanese dramas is Code Blue, first hitting TV screens in 2008. This series has a total of three seasons and a movie. Code Blue revolves around the “Doctor Helicopter” system that was put in place in Japan in mid-2007. This system dispatches a medical team from a helicopter to patients in the quickest time possible. The first season follows the four newly-assigned young physicians to the system as they encounter various types of medical situations. The series highlights the fragility of life and the growth of the characters.

2. Tenno no Ryoriban (The Emperor's Cook)

This 2015 Japanese drama gives an in-depth look into the life of a countryside young man, Tokuzo Akiyama, who is as fickle-minded as anyone can get. He gets easily obsessed with new things, however, as quickly as he gets into a new hobby, he also loses interest.

There’s one exception, however. He falls in love with cooking after savoring a delicious breaded cutlet and is inspired to become a chef that specializes in Parisian cuisine. Tokuzo ventures to Tokyo and Paris to train in the culinary arts, facing numerous prejudices, discrimination, and other trials along the way. Yet, despite it all, he maintains a dream of becoming the personal chef to the emperor of Japan.

Hana Yori Dango might not need an introduction; it’s been one of the most popular Japanese dramas ever since it aired in 2005. It tells the story of the only poor student at a school for the rich and privileged, Makino Tsukushi. The school, Eitoku Gakuen, is informally ruled by the Flower 4 (known as the F4) consisting of four boys who come from influential families. Makino just wants to get through her school days as peacefully as possible, but unfortunately she gets on the bad side of one of the F4 boys. The series follows her school life as she endures and battles through bullying and other mishaps in this prestigious school.

If you’re into a little suspense mixed with mystery, 3 Nen A Gumi: Ima Kara Mina-san Wa (Mr. Hiiragi's Homeroom) is the Japanese drama for you. The titular character, Ibuki Hiiragi, is a homeroom teacher to Class A of grade three, and while his career began normally two years ago, it took a twist just a few months prior to graduation day. Hiiragi brings together all of his students of class 3-A just ten days before graduation and declares that they are his hostages. None of them are allowed to leave or even graduate — not until the truth behind a past student’s suicide is uncovered.

5. Todome No Kiss (Kiss That Kills)

When this Japanese drama aired in 2018, it quickly gained a following. Todome No Kiss features a popular host, Dojima Otaro, who is nothing but cocky and full of himself. He only strives for power and money. One day, a mysterious lady with a pale face and red lips suddenly kisses him. Otaro dies but regains consciousness the next moment, with one minor difference: he wakes up seven days in the past.

Follow the journey of Minato Shindo, a passionate man with savant syndrome, in the 2018 Japanese drama Good Doctor. Because of his older brother’s death when they were young, Minato dreams of becoming a doctor. He has an incredible memory, even able to memorize the human organs at the age of seven, amazing the doctor Akira Shiga. After Minato graduates from medical school and passes the national exam for medical practitioners, Dr. Shiga recommends this talented young man for a position in the pediatric surgery department.

Airing in 2016, this Japanese drama revolves around the career of Hiroto Miyama, a lawyer who takes on criminal cases. Because the conviction rate for such cases in Japan is 99.9%, it’s not that easy for Hiroto to make money in his line of work. Teaming up with a successful civil lawyer, Atsuhiro Sada, from one of four biggest law firms in the country, the duo goes on to uncover the truth about the remaining 0.1%.

8. Kinou Nani Tabeta? (What Did You Eat Yesterday?)

This Japanese drama is no ordinary one — it tells a beautiful tale of two Japanese men who are together. One of them, Kakei Shiro, is a lawyer at a small law firm while the other one, Yabuki Kenji, works at a salon as a hairdresser. Shiro is in charge of keeping the monthly food budget to 25,000 yen and making dinner which usually consists of rice, soup, and three different side dishes. Dinner is especially important for this couple, a time when they talk about almost everything under the sun. While Yabuki is pretty open about his relationship with Kakei, it’s not the same the other way.

If you’ve watched the original American TV series or even the Korean remake, you’re definitely going to enjoy this Japanese drama. Suits is a remake of the original but it’s just as good, if not better. This 2018 Japanese TV series follows Shogo Kai — a skilled lawyer from one of the biggest law firms in Japan, who prioritizes winning more than anything else — and Daiki Suzuki — an extremely intelligent young man with hardships in his past. Shogo hires Daiki as an associate as he’s impressed by Daiki’s remarkable memory recall, forming an unstoppable team.

Need a heartwarming story to lift your spirits? This 2015 Japanese drama will definitely satisfy. Named after the main character of the story, Mare tells a story about a girl who grew up in a family that’s constantly running from debt. She and her family find themselves in a small village town called Noto where she settles in and rebuilds her life. As Mare grows up, she chases after her childhood dream of being a patissier. Follow Mare’s life journey from childhood and into adulthood, focusing on her path to becoming a world-class patissier — with a bit of romance for extra spice.

From action-packed storylines to heartfelt romance, there are tons of Japanese dramas in every genre. On top of it all, you’ll be able to learn a thing or two about Japan without leaving the comfort of your own home; for example, Mare gives an insight to the pastry scene in Japan while Todome No Kiss introduces the host culture of Japan. Entertaining and educational, binge-watching Japanese dramas is the ultimate activity to take up while you #stayathome.

Looking for more things to do? Why not take a virtual Japan trip with these 10 Japanese travel videos and follow our Facebook group to join our growing online community of foodies! 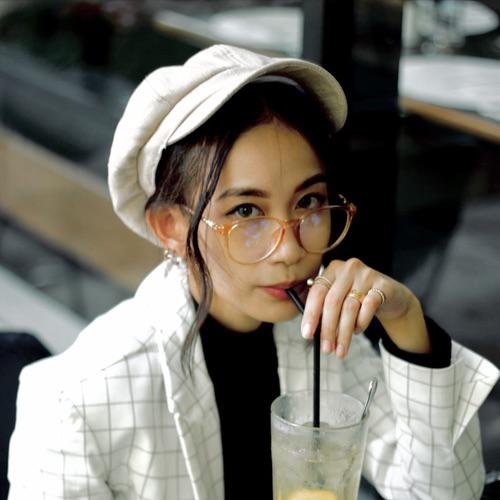 Azra Syakirah
Usually tucked away in a cafe anywhere she goes, Azra Syakirah is a fashion designer and entrepreneur living in Tokyo, Japan. Born and bred in Singapore, her heart belongs to the world. Also a language enthusiast, she virtually scribbles her thoughts on a blog as well as freelances as a writer.
You may also be interested in