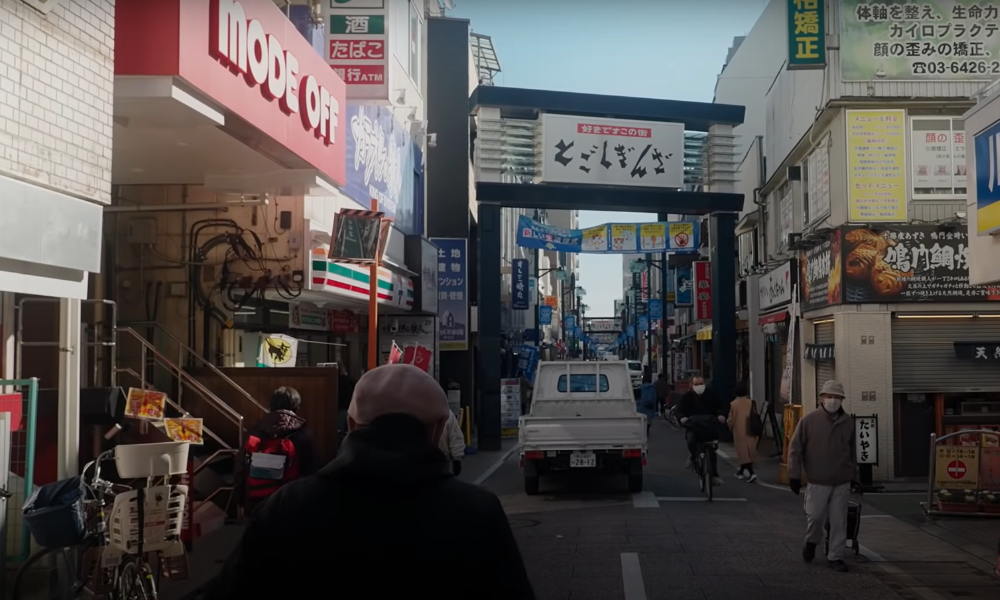 Togoshi Ginza Shopping Street, located next to Togoshi-Ginza Station, is a long strip lined with many restaurants and shops, said to be Tokyo's longest shopping street. The street was created following the 1923 Great Kantō earthquake, using bricks from the high-end shopping district Ginza, which was destroyed in the disaster. While there are many shopping streets in Tokyo that also use the name Ginza to bring prosperity and luck, as the upscale shopping district was synonymous with prosperity, Togoshi Ginza is the only one with a true link to the original Ginza district.

The shotengai offers some of Tokyo’s best street foods, many of which are featured on food-related programs and popular foodie magazines in Japan. People can also go to Togoshi Ginza Onsen to experience hot spring baths in the heart of Tokyo.

In this video, we join Shizuka Anderson as she explores what makes this street so unique, and tastes some wonderful Togoshi Ginza street food.

Shizuka’s first stop on her food journey is a family-owned bakery, Beicon. The shop is known for its gluten-free bread as well as gluten-in products. Shizuka decides to go for three unique snacks, the first of which is gluten-free oyaki. Oyaki is a large stuffed dumpling from the Nagano prefecture, and the version she has is filled with kinpira gobo, which is made of braised burdock root and carrot cooked in sweet soy sauce.

Next, she tries the gluten-in Japanese curry bread. The bread has a crisp, crunchy outside and an inside made of sweet, mild curry, and is a staple of most Japanese bakeries.

To satisfy her sweet tooth, Shizuka has a gluten-free baked chocolate donut as her final snack from this stop. Like most of the other Japanese baked goods, this donut has a light sweetness that comes from its chocolate chips. Before leaving, Shizuka recommends visiting the bakery in the afternoon for the freshest gluten-free snacks since that’s when they usually start selling them. 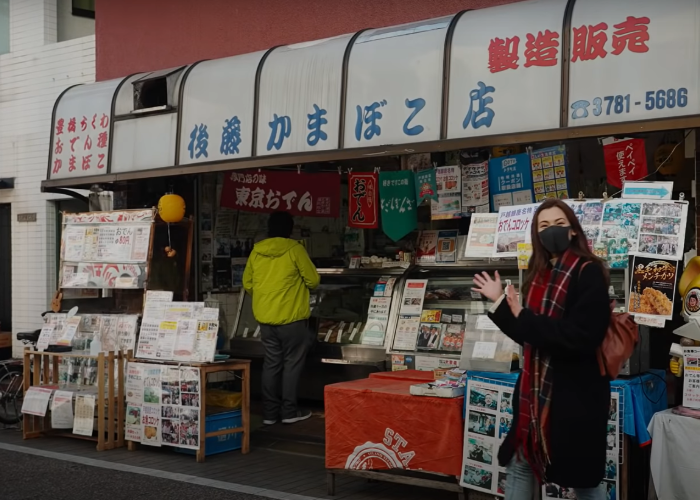 Shizuka’s next stop is Goto Kamabokoten, an old shop famous for its oden croquette. Oden is a type of hotpot dish with ingredients like fish cake and tofu, so seeing it in croquette form immediately piques Shizuka’s curiosity. The shop has pictures of many celebrities who have visited the place, including former Prime Minister Shinzo Abe. The freshly fried croquette is a fluffy ball with a mixture of potato and daikon (Japanese radish) as its filling. In addition, the oden broth gives the croquette an extra layer of flavor, forming a unique and delicious combination that is hard to find elsewhere. 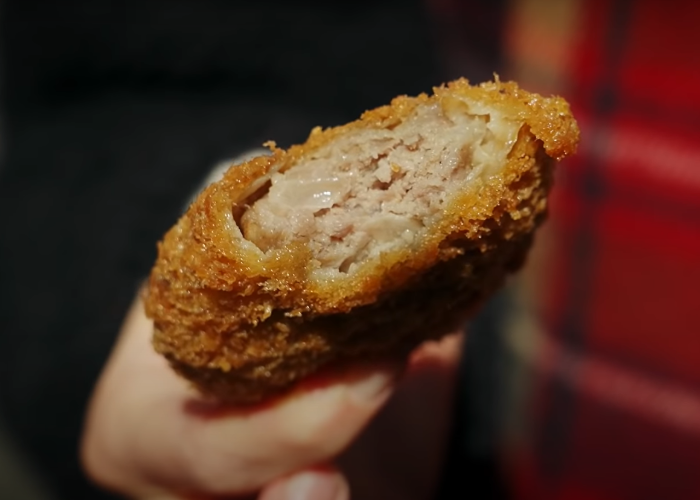 Then, Shizuka is attracted by the minced meat cutlet and potato croquette from a butcher named Nakamura Tadashi Shoten. The croquette has a fluffy inside made mostly of potato but also of some meat. The outside is crisp and lightly breaded for a classic croquette flavor. The minced meat cutlet, while looking similar to the croquette, has a much different flavor. The inside of the culet is made of all meat, making it very juicy. The caramelized onions provide some additional crisp texture to an already crispy outside.

To cap off her food tour, Shizuka opts for a bottle of coffee milk from Togoshi Ginza’s Milkman and Gin-chan muffin from Pan no Harimaya. The coffee milk comes in a glass bottle and is rather sweet, similar to a cafe latte one can get in Starbucks. 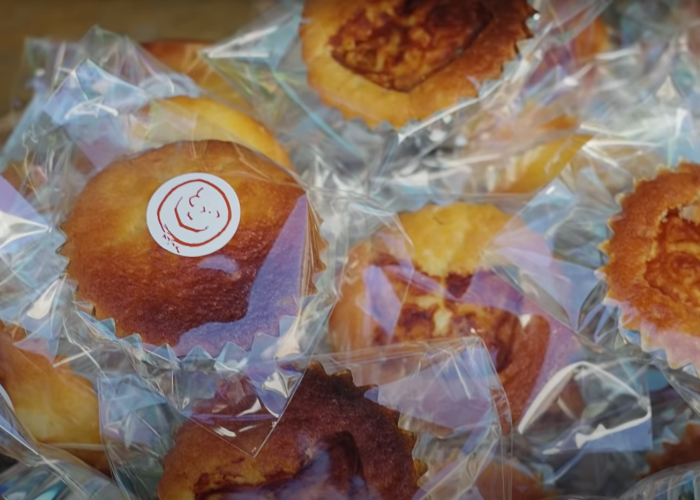 On the other hand, the Gin-chan muffin (named after Togoshi Ginza's mascot) from Harimaya has a traditional Japanese muffin flavor that is unique to Japan. It is on a drier side, and the top is lightly grilled which gives it a custardy taste. 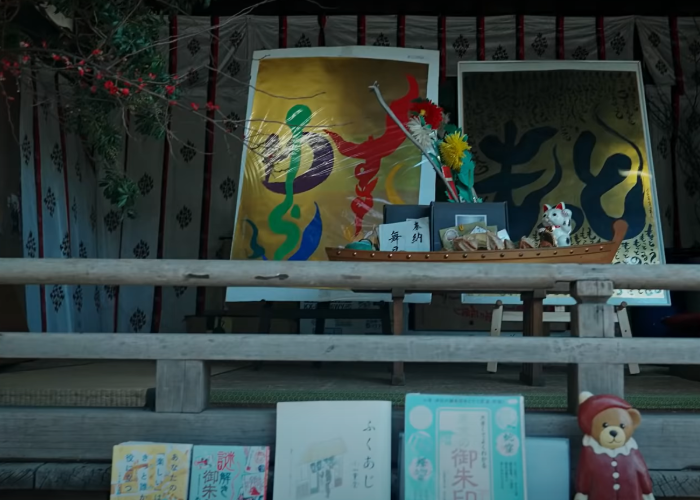 Finally, before finishing her day in Togoshi Ginza Shopping Street, Shizuka pays a visit to the Togoshi Hachiman Shrine. The shrine, like the rest of the area, exudes a relaxing, welcoming atmosphere and is approaching its 500th birthday, upon which it is getting some renovation.

From rarities like oden croquettes to more common comfort foods like curry bread and doughnuts, it is easy to see why Togoshi Ginza Shopping Street is such a great place to explore for people looking for some of the best street food in Tokyo!

For guests arriving by train, first, go to Yamanote line Gotanda Station, which can be reached by trains like Tokyo-bound trains from around Shinjuku or Shibuya, and on Shinagawa-bound trains from around Nippori to Tokyo Station. Then, change the train to the Tokyu Ikegami line to reach Togoshi-Ginza Station. The Togoshi Ginza shotengai will be waiting right in front of you after you exit the station.

For 3.5 hours, you can get a taste of old Tokyo, visiting the area’s traditional shops and trying a wide range of delicious street foods, including oden, yakitori, inarizushi, and many more! You also experience the warm and friendly locals who run most of the businesses here and are responsible for the nostalgic atmosphere of the area. At the end of the tour, you and your party will celebrate with a kanpai party to cap off this wonderful journey.

Book a tour of Yanaka Ginza!

Want to have a taste of Tokyo’s beautiful past for yourself? Book a tour of Yanaka Ginza, one of Tokyo’s most traditional districts! For 3 hours, you will discover unique galleries and explore the local art community, visit shops that sell novelty items and traditional wares, and immerse yourself in the old town streets of Tokyo. To round off the tour, your group will end in style by attending a tea ceremony in a local antique shop.

For more info on our favorite local street food spots, check out our Kamakura and Enoshima food guides and subscribe to Japan by Food on YouTube. 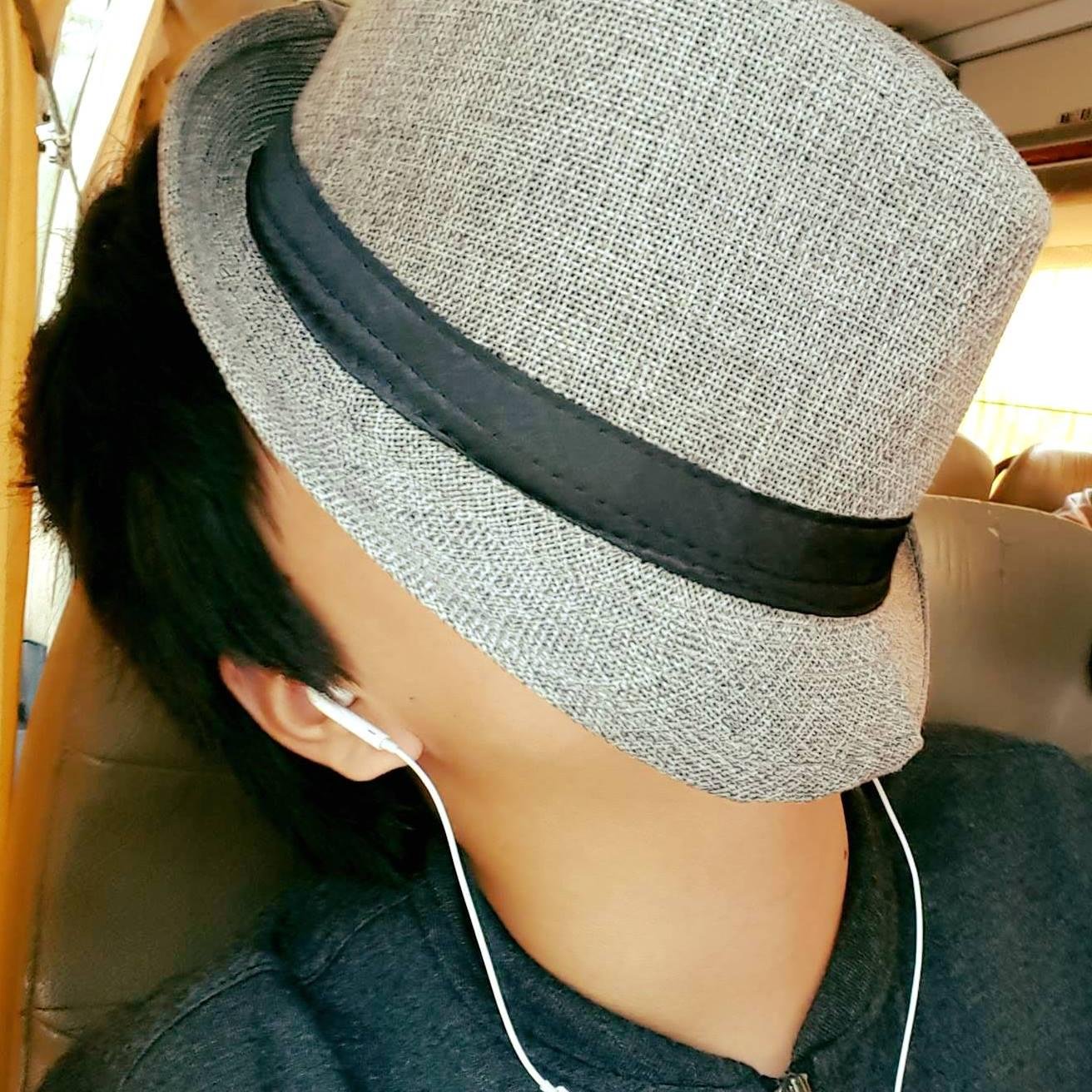 Victor Chen
Victor is a student at Northwestern University and is deeply passionate about exploring different cultures and food. In his free time, he would work on his novel, listen to jazz, and create short films.
You may also be interested in