Enoshima, an island located south of Tokyo, is a popular weekend getaway destination for people in Tokyo who want to enjoy traditional Japanese architecture and the natural beauty of the ocean. The island also features a variety of attractions, including an observation tower, shrine, and aquarium. In addition, there are plenty of vendors serving delicious, freshly-cooked seafood and snacks.

In this video, we join Shizuka Anderson as she explores this beautiful island that preserves the spirit of the old Tokyo, and tastes some wonderful street food that an Enoshima day trip has to offer.

Among the many things to do in Enoshima, a visit to the Enoshima Shrine would be on many people’s list, and that’s exactly how Shizuka chooses to start her tour. Home to Benten-sama, the Japanese Buddhist goddess of prosperity, Enoshima Shrine sees many people coming to pray for wealth and fortune. Of course, Shizuka can’t miss this opportunity to bring herself some good fortune as well, so she attempts the challenge of throwing coins into a saisen-bako, an offertory box. 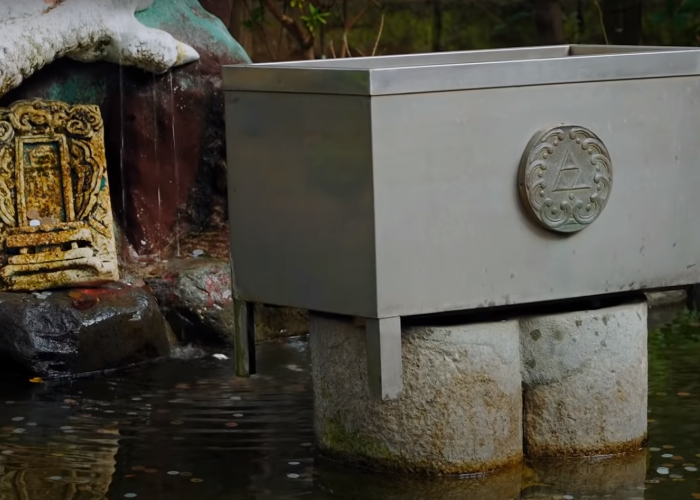 After visiting the Enoshima Shrine, Shizuka’s first stop on her food journey is a shop that serves tako-senbei, octopus rice crackers. The shop’s employees press some three-dimensional octopus into a thin, marble-looking sheet that is just visually stunning. The cracker is a little bit salty and has a strong seafood flavor, similar to a shrimp cracker, a staple of Japanese food culture.

Next, some grilled hotate (scallops) catches Shizuka’s attention. With a sweet soy-sauce scent, grilled hotate has a crispy outside and a juicy, meaty inside. The extra sweetness goes perfectly with a sip of Enoshima beer, forming a wonderful combination.

Then, Shizuka makes a stop at a dessert shop where she opts for some sweet potato monaka ice cream. The purple sweet potato ice cream is blended with some red bean paste and sandwiched between two puffed mochi wafers for a traditional Japanese dessert flavor. 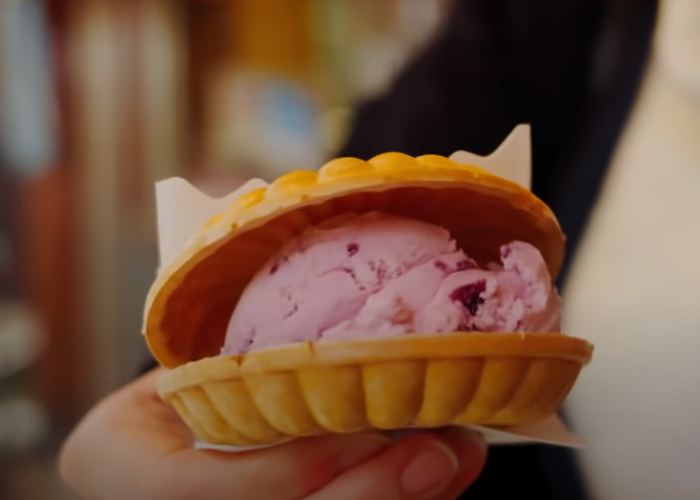 After her sweet dessert, Shizuka is attracted by the tempting smoky aroma of some ika maruyaki (whole grilled squid) fresh off the grill. Drizzled in salty and sweet sauce, the squid has a delicious creamy inside and a tender texture which would make anyone want to grab a second bite. The freshness of the squid is also a perfect example of the quality of seafood one can experience on an Enoshima day trip. 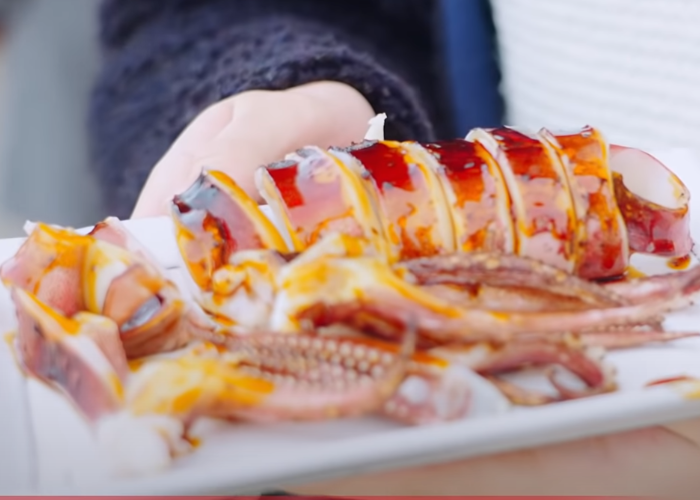 Finally, to cap off her food tour, Shizuka has to try Enoshima’s famous shirasu, small whitebait fish caught directly from the coast of Enoshima. The store Shizuka stops by offers a wide range of shirasu products; from shirasu beer and shirasu sake to shirasu seaweed and shirasu paste fish cake, the choices are really endless.

Shizuka decides to go for a shirasu croquette as well as a couple of deep-fried shirasu cheese balls. The croquette has a crunchy fried outside and a filling of potato and shirasu, with a very subtle fishy flavor. On the other hand, the shirasu cheese balls have a chewy mochi texture and an inside made of creamy melted cheese and tiny shirasu, a perfect end to her day trip in Enoshima. 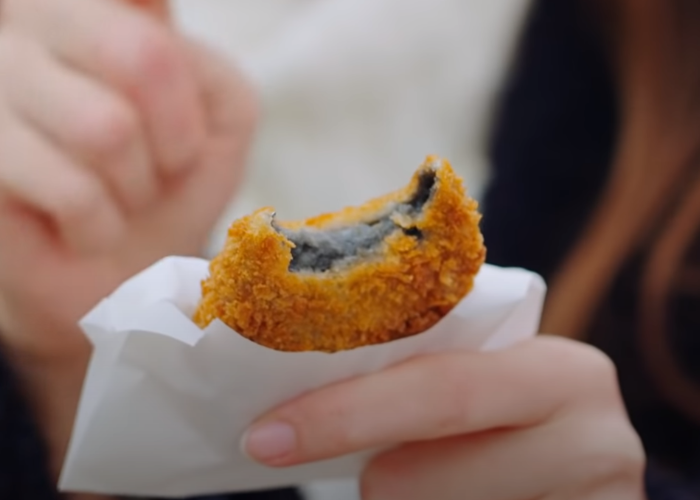 Learn How to Make a Sushi Bento with Yoko!

Round out your Enoshima day trip with some other activities in Kanagawa. After experiencing the beautiful ocean scenery of Enoshima and checking out Enoshima Aquarium, why not visit Yoko for a sushi cooking class with 3-4 other side dishes! The class takes place in Kamakura, just a 20-30 minute train ride from Enoshima.

Join a Private Banquet with Geisha in Kamakura!

Or, while you're in Kamakura, the center of Japan's medieval culture, enjoy a private banquet with geisha! This experience is held in a traditional teahouse with an English-speaking geisha host and includes a 2-hour dinner with a traditional Japanese dance performance.

Book the Private Banquet Dinner with Geisha in Kamakura >>

Hungry for more? Check out more of our video guides and subscribe to Japan by Food on YouTube for the latest updates!

We strive to be as accurate as possible and keep up with the changing landscape of Japan’s food and travel industries. If you spot any inaccuracies, please send a report.
6
Click clap if you like this post
Victor Chen
Victor is a student at Northwestern University and is deeply passionate about exploring different cultures and food. In his free time, he would work on his novel, listen to jazz, and create short films.
SEE ALL POSTS
You may also be interested in
Yokohama