The Ulti-Meat Guide to Yakiniku

Everyone loves a good barbecue - delicious meat sizzling on a hot grill, waiting patiently while the smokey goodness tickles your senses as you pair each bite with an array of condiments. Japan is no different in their enjoyment of BBQ. Called yakiniku, this Japanese bbq style is more hands-on and is a food experience everyone should try. 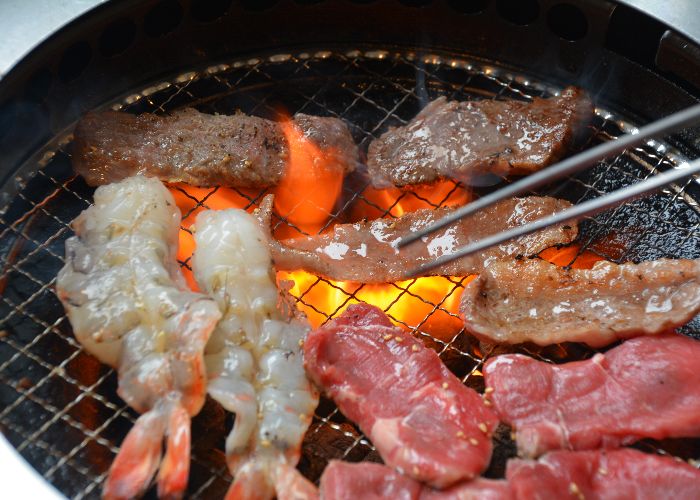 So what even is yakiniku? Yakiniku is a Japanese grilling style where bite-sized pieces of meat are cooked over a charcoal grill or electric/gas griddle on mesh or iron plates. Everything is cooked together on the same grill, and rice is often served on the side along with cabbage and other raw vegetables. The fun part about yakiniku is that the meat is served raw and you cook it yourself. Be sure to pay attention though. There have been many times when I’ve placed a piece of meat on the grill, got distracted, and by the time I remembered, it ended up very… crispy.

Yakiniku is kind of a social activity within a meal as most of the time people go in groups with friends, family, or coworkers and you cook it together. I have many fond memories of being invited to yakiniku bbq parties and leaving them feeling full and happy after great conversation. Since you have to wait a bit for the meat to cook, it gives everyone time to chat and catch up.

In Japan, yakiniku can be eaten at home (using a small yakiniku grill), outdoors (some parks and beaches have dedicated grilling spaces), and of course in restaurants. Japan has no shortage of really good yakiniku restaurants with prices ranging from 1000 yen per person to some fancier places that will set you back a bit more. Wherever you go, you will definitely get your money’s worth and probably won’t be hungry for a while. 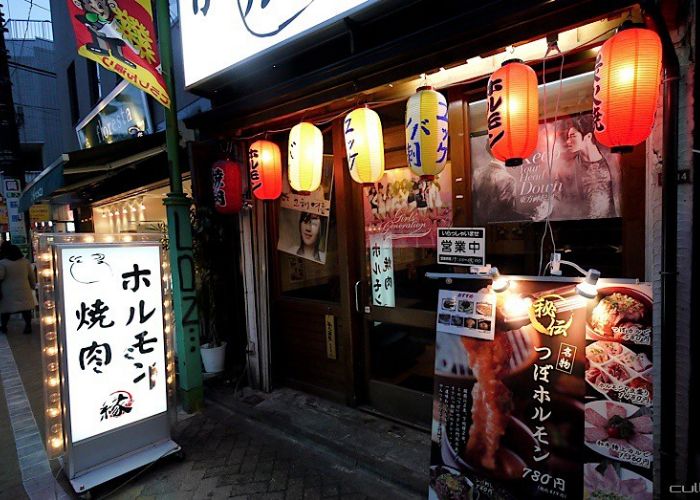 The history of yakiniku

Yakiniku has an interesting history in Japan. Originally it referred more to the western bbq style, but in the early Showa era the meaning shifted to something more like the Korean bbq style we know today. In fact, it is said that is where the yakiniku of today originated from. Around 1945, Korean immigrants in Osaka and Tokyo introduced this style of restaurant to locals and even popularized the consumption of offal and other animal parts that would often be thrown away back then. Over the years Japanese people adapted yakiniku more to what we know it as today. Unlike Korean bbq, Japanese bbq meat is not often marinated and is cooked in bite-sized pieces which are dipped in Japanese bbq sauce, lemon juice, or just simply salted. However, you can find Korean-style meat like kalbi and bulgogi in many restaurants. 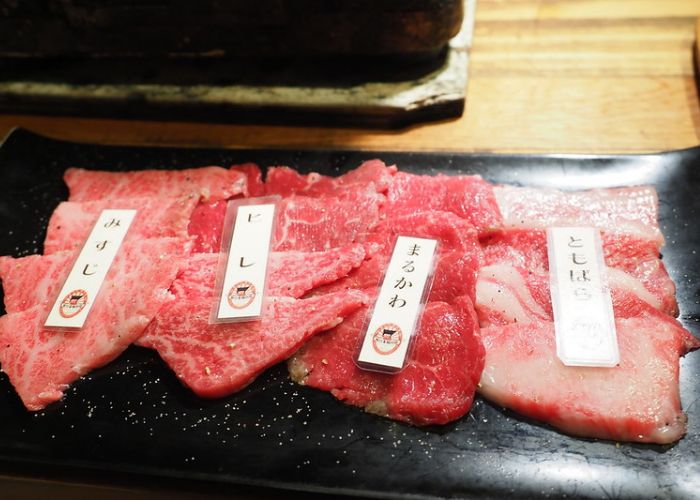 Types of meat used for yakiniku

Many different types and cuts of meat are used for yakiniku, and even though the word meat (niku) is in the name, yakiniku can also include fish, shellfish, and vegetables. 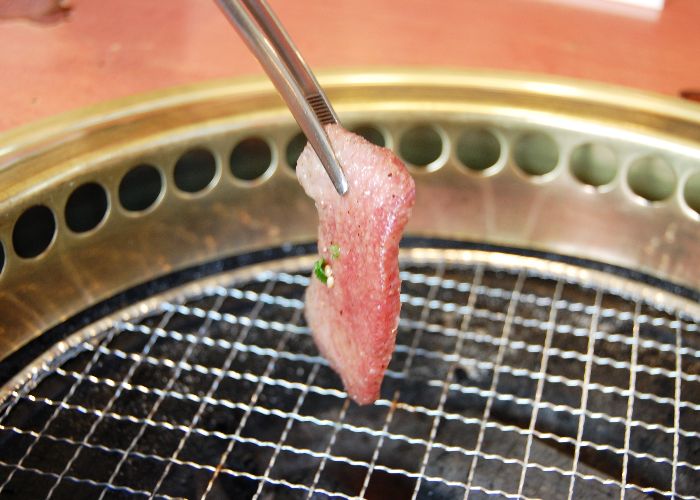 How to eat yakiniku

Once you sit down at a yakinuku restaurant, you’ll be presented with quite a few choices. You can order things a la carte in some cases, but the most efficient and cost-effective way is to order a course. How big of a course depends on the number of people in your party, but menus usually state how many people each one feeds. Some places may even offer a tabehoudai aka an all-you-can-eat course.

Before you know it an array of juicy meats and colorful vegetables will be brought out to you, but how do you go about eating it? First, let the grill heat up before you put anything on it. Then choose a few pieces you would like to get started with. Usually, there will be tongs and chopsticks provided to use only for placing the meat on the grill, so be sure to use those instead of the utensils you will be eating with. Everyone has their own method. Personally, I like to place a few thick cuts along with some cuts that will cook a bit quicker so I have an ongoing rotation of different meats ready to eat. You can also place a few vegetables on the grill, but be mindful that some cook quicker than others. The center of the grill is usually the hottest and where things will cook the quickest. The mesh grill will sometimes need to be replaced mid-meal, but just ask the staff and they will bring you a new mesh. 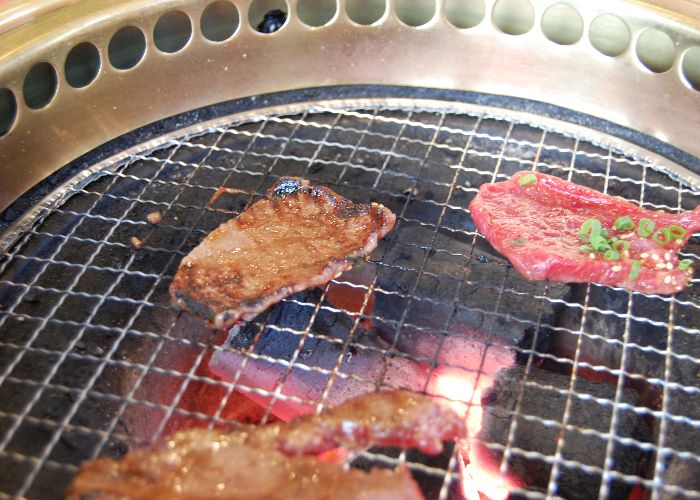 After a while, flip the meat to cook the other side, check on your vegetables, and when you think it’s done, take it off the grill and dip it into your sauce of choice before eating it. Some meats, like kalbi or bulgogi, do not need any sauce as they are pre-marinated. For meats like tongue, a bit of salt and some lemon juice is enough to draw out the best flavor. For other meats, a Japanese bbq sauce is ideal - usually a mix of soy sauce, sugar, mirin (rice wine), and maybe some sesame oil and garlic. If you are feeling creative, you can try out your own original combination of meat and sauce - it’s up to you! 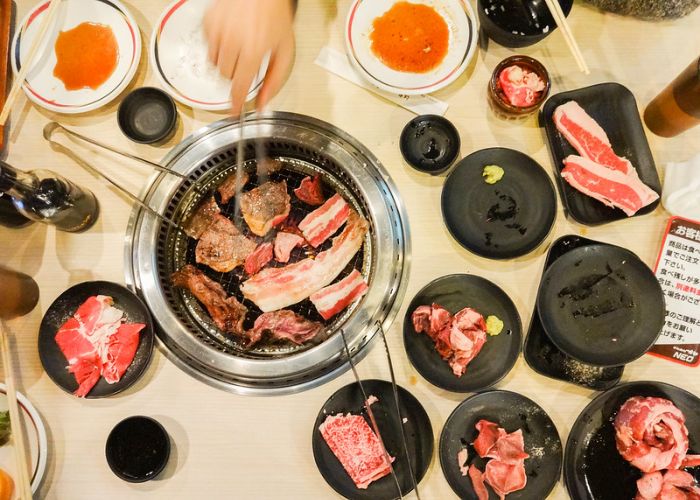 Whether it’s expensive or cheap, at a restaurant or at the beach, fire up the grill and give yakiniku a try. It’s a hands-on, social dining experience you won’t forget!

We strive to be as accurate as possible and keep up with the changing landscape of Japan’s food and travel industries. If you spot any inaccuracies, please send a report.
0
Click clap if you like this post
Dana Kohut
Dana is a freelance writer who recently moved to the Netherlands after spending ten years in Japan (Fukuoka and Tokyo). She still keeps up with Japanese food trends, and can’t resist a limited edition or seasonal snack. Her hobbies include trying new foods and going to various eateries. She sometimes does a ‘happy food dance’ when the food is particularly good.
SEE ALL POSTS
You may also be interested in
Culture