Like all cultures, Japan has its own customs and unspoken rules when it comes to eating and drinking. Before you sit down to your first piping hot bowl of ramen or a fresh piece of nigiri sushi, there are some things you ought to know about Japanese table manners and dining etiquette. No need to feel intimidated, let us give you a few tips about Japanese culture to help you on your gastronomic adventure.

It's always polite to learn a few useful phrases for restaurant scenarios. Read Basic Phrases for Dining Out for some must-know Japanese expressions.

Check out our video on Japanese drinking culture for additional tips and subscribe for more videos!

This is your handy guide to Japanese dining etiquette, so you can be faux-pas-free in Japan when dining out with new Japanese friends. 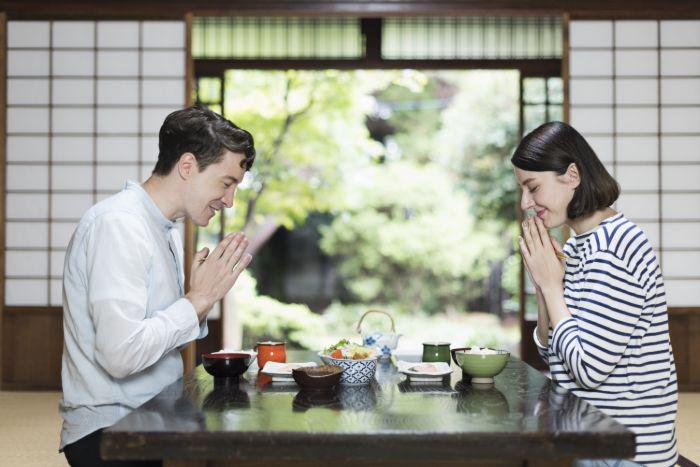 Broadly speaking, there are lots of useful things to know about Japanese table manners.

For one, if you are dining in a room with a tatami floor and low tables, remove your shoes before stepping into the room.

Hand towels or "oshibori" are invariably offered, and as the name suggests, it’s a towel for your hands. Sometimes disposable or sometimes a warm cloth handed to you by the staff, an oshibori is not for wiping your face and neck. Rather, use it to wipe your hands clean before a meal, and then to keep your fingers clean throughout. 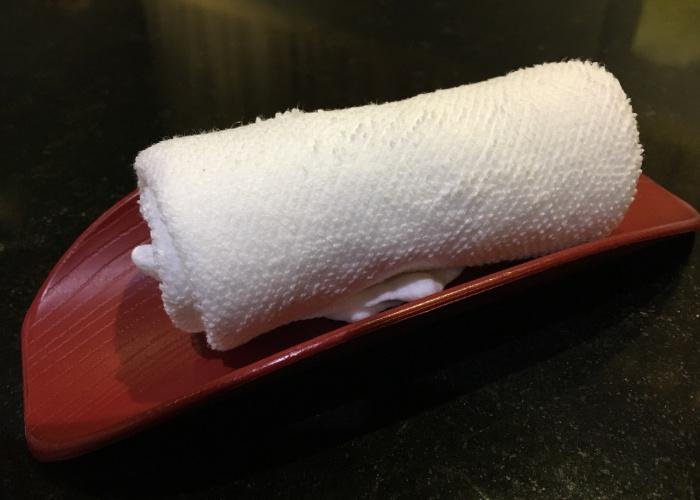 Once you’ve ordered, it is good manners to wait for everyone’s meals to arrive at the table and then begin eating together. Before you start the meal, put your hands together and say "Itadakimasu," meaning "I gratefully receive."

While eating, it is no problem to pick up small dishes with your hands and bring them closer to your mouth. The same goes for your bowl of rice; you can hold it up to your mouth in one hand and use your chopsticks in the other.

Similarly, you can drink miso soup directly from the bowl, but in this case, use your chopsticks to fish out anything like kombu seaweed or tofu that’s in the soup.

When it comes to ramen or any type of noodles, it’s no problem to slurp away with gusto, as this is meant to show appreciation for the meal and, supposedly, enhances the flavor.

While it is ok to enthusiastically slurp Japanese soups, eating noises such as burping and munching loudly are unwelcome, as is blowing your nose at the table. It’s fine to sniff to avoid the need to blow your nose, but otherwise, just excuse yourself and pop to the bathroom to sort that out.

In between bites, you can leave your chopsticks on the chopstick rest, or "hashioki." 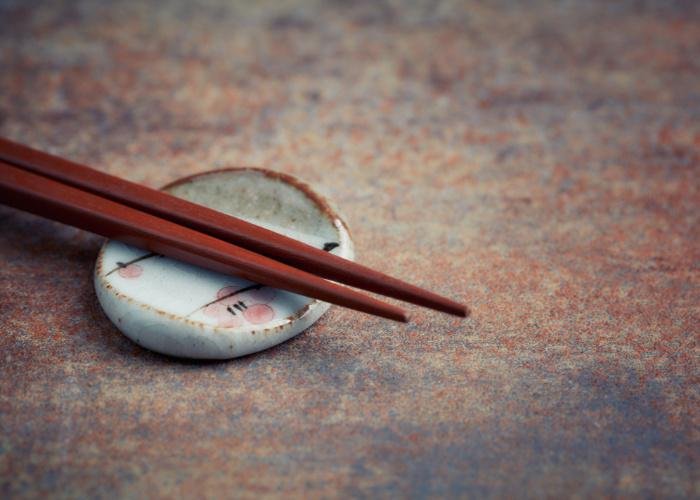 It is considered polite to eat everything, right down to the last grain of rice, however, if there is something you don’t like, just leave it as it is. Once you have finished your meal, it’s good manners to put all the dishes back to their original positions, which includes placing any lids back on their bowls.

Finish off by saying "Gochisousama deshita," meaning "Thank you for the meal."

For those not used to using them, getting the hang of how to handle chopsticks, or "hashi," might be your greatest hurdle when it comes to Japanese etiquette at the dinner table. If you can, find some time to learn how to use chopsticks properly before you come to Japan, because while there is no shame in asking to use a spoon or a fork (surprise, yes, they exist in Japan), using hashi cannot be avoided.

The main thing to know about chopsticks is that the bottom stick should rest steadily in your hand, while the top stick does all of the movement for picking things up. Chopsticks are literally so handy, and are used by millions of people over the world, so here are some useful dos and don’ts when it comes to using hashi in Japan. 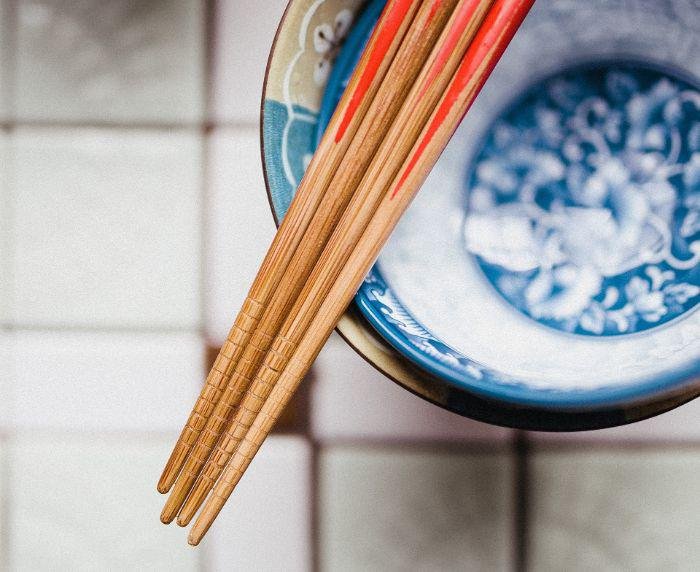 As opposed to the Chinese style of laying chopsticks vertically to the side, the Japanese table setting dictates that the hashi should be laid horizontally in front of the diner.

If the chopsticks are in a paper sheath ("hashibukuro"), remove them. You can fold this paper into a "hashioki" chopstick rest if there isn’t a traditional ceramic one provided.

If the hashi are disposable you should split them horizontally and avoid rubbing your chopsticks together. Rubbing chopsticks together is done to get rid of splinters from low-quality wood, but there should be no need for it these days. If you rub them together, it may be seen as rude, as you are insinuating that the chopsticks are of bad quality.

Different from a fork or a spoon, hashi are used to pass food from the dish to the mouth, so you should avoid licking or sucking the end of the chopsticks.

It is considered rude and unhygienic to serve food using your personal set of chopsticks, but in the case it is unavoidable, turn them around and serve with the blunt end (but this should only be done in very casual settings and, of course, it would be best to have a separate set of serving chopsticks).

Do not stab your food, and especially do not leave your chopsticks in your rice bowl, sticking up vertically, as this is evocative of a Japanese funeral ritual. For the same reason, never pass food with chopsticks to someone else’s set of chopsticks, as this is also done at funeral ceremonies, to pass the bones of the deceased.

Another etiquette rule to remember is don't cut your food by separating the two chopsticks and using them to saw at your food. Soft foods like tofu or whole fish should be tender enough to slice and lift with your chopsticks in one motion, as you eat normally. But if you have a firmer, big piece of food in front of you (like a tonkatsu pork cutlet), it is ok to take a bite and then place the other part back onto your plate.

Of course, it almost goes without saying, there is no need for that sick chopstick drum solo, either.

When it comes to wasabi and soy sauce, it's best not to overdo it because this is seen as disrespectful to the intended flavor of the food. Pour a small amount of soy sauce into the smaller bowl provided, but use it sparingly, so as not to waste the condiments or overpower the flavor of the dish.

It is also generally looked down upon if you mix soy sauce and wasabi together and pour it over your meal unless it is in a very informal setting (like if you're eating a kaisendon seafood bowl).

In fact, at upscale Japanese restaurants, it is considered bad table manners to mix soy sauce and wasabi together at all. When you are eating sushi, you should add a dab of wasabi on the top and dip just the fish side into the soy sauce. If you dip in the rice side, it will most likely absorb too much soy sauce and overpower the flavor of the sushi topping, and also cause the rice to break apart (not a good look). 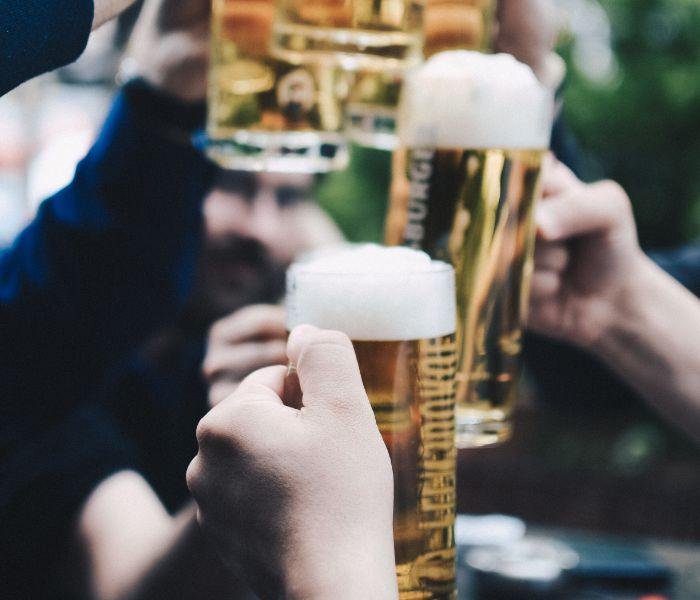 Be mindful of drinking etiquette in Japan, as Japanese drinking culture comes with its own customs, too.

Firstly, don’t be too hasty and down your drink the moment it arrives at your izakaya table, and never drink before everyone has a drink in their hand, whether it be alcoholic or something soft. It is customary in Japan to wait and begin drinking together after saying "cheers," or "kanpai!"

It is also considered bad table manners to pour a drink for yourself, as this can be perceived as rude. Instead, it is polite to pour drinks for your dining partners, and they will reciprocate for you, too. Keep an eye on the glasses of your friends or colleagues and refill them when they become empty. When someone else offers to pour for you, finish up whatever is in your glass before your offer it toward them. With a culturally ingrained hierarchy, it’s customary in Japan to pour for your seniors as well.

It is also useful to remember that sake is actually pronounced "sah-kay, "not "sah-kee." In Japan, sake refers to all alcoholic drinks, while the term nihonshu specifically refers to Japanese rice wine.

Getting the Bill & Tips on Tipping in Japan 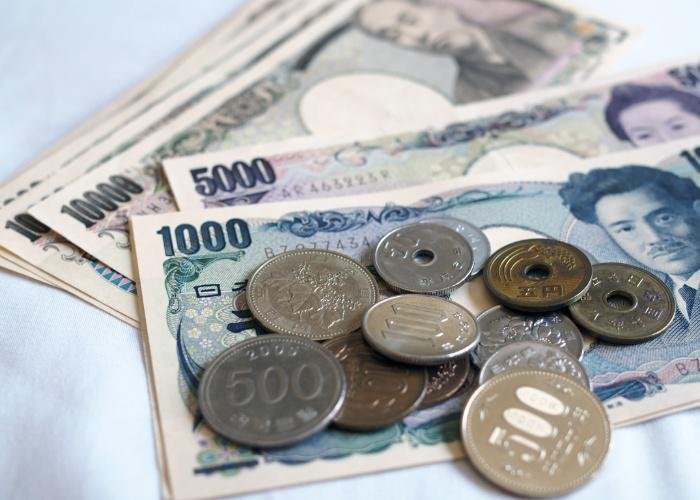 One last pro-tip about Japanese culture is that there is no need to tip in Japan (woohoo!), as the price is fixed and that’s it. But bear in mind, some places add on the tax at the end. Also, leaving a tip can cause some confusion in Japanese restaurants, with the possibility of the staff coming after you to rectify this "mistake."

Sometimes the bill may turn out to be more expensive than you’d initially thought due to cover charges, a common occurrence at izakayas. Usually, in exchange for the cover charge, you will get a small, "free" appetizer called an "otooshi" which comes included in the already fair and squarely set price, though sometimes it is not written clearly on the bill. But while there are plenty of things to remember when it comes to dining etiquette in Japan, tipping, thankfully, is not one of them.

Like any culture, Japan has its own set of rules when it comes to proper etiquette for dining. Follow these simple etiquette rules at a Japanese restaurant or a Japanese friend's home and you'll have no problem fitting in!

Stomach growling? Browse food experiences in Japan for a taste of authentic Japanese cuisine or check out our YouTube channel for travel inspiration!

We strive to be as accurate as possible and keep up with the changing landscape of Japan’s food and travel industries. If you spot any inaccuracies, please send a report.
1
Click clap if you like this post
Lucy Baker
Never not hungry, Lucy is an artist and foodie from Australia. You can find her hunting for the next delicious deal, documenting her food, or brunching. She lives firmly by the philosophy that food friends are the best of friends.
SEE ALL POSTS
You may also be interested in
Culture

5 Oldest Restaurants in Tokyo for a Taste of History