What to Eat in Kagoshima: The Naples of the East

Located on the southern tip of Kyushu, Kagoshima Prefecture boasts a balmy climate, fascinating history, and stunning volcanic natural beauty. The prefecture also has a distinctive cuisine full of rich flavors and locally-sourced ingredients, leaving you spoilt for choice when it comes to what to eat in Kagoshima!

Kagoshima food is strongly influenced by the prefecture’s history. The region was previously called Satsuma, and many local dishes and ingredients – including satsuma-imo sweet potatoes and the famous satsuma-age fish cakes – still retain this name. From richly-flavored pork ramen noodles to unique shochu made from sweet potatoes, there are plenty of delicious treats to try during your Kagoshima trip!

What to Eat in Kagoshima

Here are some local Kagoshima specialties to try while you're visiting in the Naples of Japan! 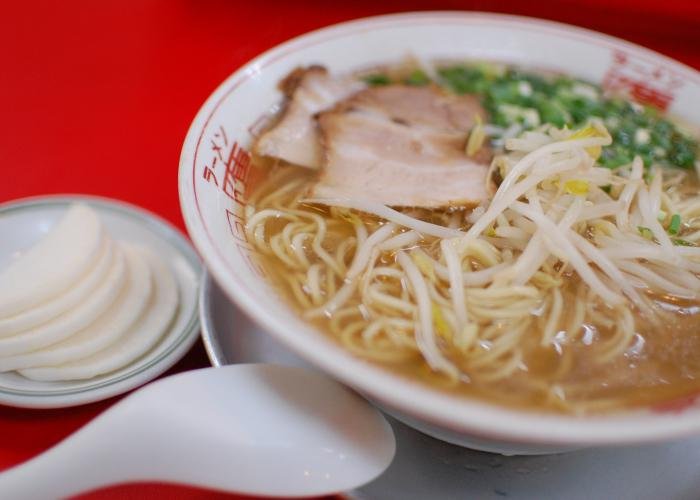 Ramen is of course enjoyed all across Japan, but Kagoshima brings its own unique twist to this popular Japanese dish. Here the broth is made using pork bone, as well as chicken, kelp and vegetables, which creates a cloudy and full-bodied soup. Added to this are either thick Okinawa-style noodles, or thinner Taiwanese-style ones, plus a selection of toppings such as pork, bean sprouts and mushrooms. The dish is often paired with pickled daikon, and each ramen shop in Kagoshima will infuse their own individual style into the meal – be sure to visit a variety to find your favorite!

Book the Dashi Workshop and Katsuobushi Factory Tour in Makurazaki >>

Katsuobushi, better known as bonito flakes, is one of the most crucial ingredients in Japanese cooking. It’s made by drying and smoking skipjack tuna, then shaving the fish into into wafer-thin flakes – and is what gives dashi soup stock its unique umami flavor. Katsuobushi production in Kagoshima dates back hundreds of years, and the prefecture is now one of the country’s leading producers of the ingredient. As well as dashi, katsuobushi is used as a condiment in a wide variety of dishes such as okonomiyaki, soba, and ramen, so you’re sure to taste its distinctive savory kick many times in Kagoshima cuisine! 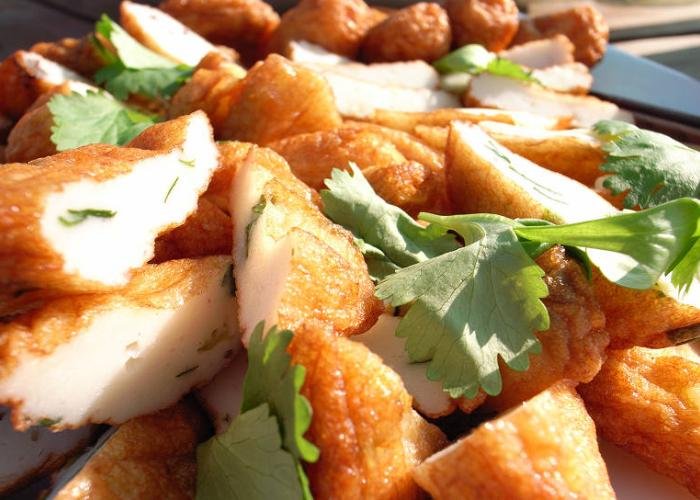 Satsuma-age is one of Kagoshima’s most well-known dishes, said to have been brought to the prefecture from the Ryukyu Kingdom (the area now known as Okinawa). It’s a fish cake made from surimi paste (minced fresh fish), which is sometimes mixed with vegetables or other seafood for a deeper flavor, and then seasoned before being fried in rapeseed oil. This gives it a wonderfully rich, golden-brown color on the outside. The type of fish used to make the cakes varies with the season, and local sake and shochu is often used to add extra flavor and a beautiful glossy finish. Satsuma-age can be enjoyed as a snack, or added to meals such as oden (hotpot) or udon noodles for something more filling. 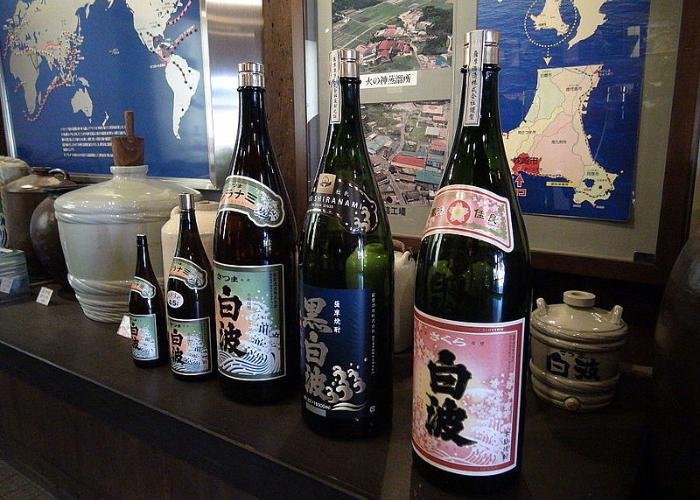 A popular alternative to sake, shochu is a distilled spirit drunk all across Japan. There are a huge number of regional varieties of the beverage, but Kagoshima’s version is unique as it's made using the prefecture’s famous sweet potatoes. The region boasts over 100 shochu distilleries – many of which offer tours and tastings where you can learn more about how the spirit is made, as well as sample the finished products! A clear liquor with an alcohol content of around 25%, shochu can be enjoyed neat, on the rocks for a clean and crisp taste, mixed with hot water to draw out the aroma, or as part of a cocktail. It also pairs perfectly with all the food on this list! 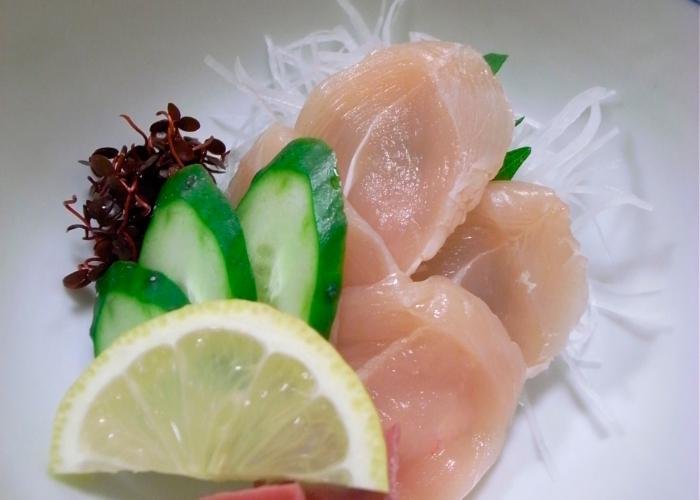 Torisashi is one of the more unusual delicacies eaten in Kagoshima: chicken sashimi. It consists of fresh, raw chicken which is sliced very thinly and usually served with ground ginger and soy sauce. Sometimes the exterior of the meat is lightly seared for extra flavor, but the interior remains a distinctive pink color. Many different parts of the bird may be used in this unique dish, including the heart and liver as well as the flesh. Commonly served in local restaurants and izakaya gastropubs, torisashi is not easily available in other prefectures, so be sure to try it on your Kagoshima travels! 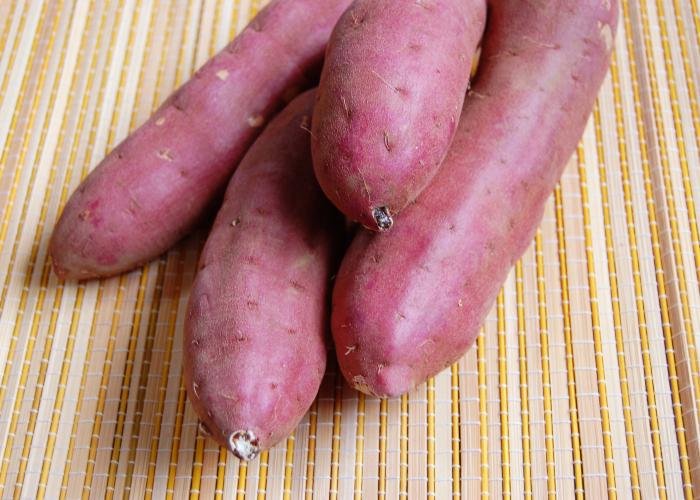 Sweet potatoes are a Kagoshima attraction in themselves! The prefecture’s warm climate and volcanic soil make the region perfect for growing this tasty vegetable, and Kagoshima is the largest producer of sweet potatoes in the whole of Japan. There are many different kinds of sweet potato grown here, and they feature as a healthy ingredient in a huge number of local dishes. Satsuma-imo can also be baked or roasted and eaten on their own like the popular snack yaki-imo. Known for their sweetness, Kagoshima sweet potatoes are even used in a wide variety of desserts, from cakes and pies to candy and ice cream. Don’t forget to bring some satsuma-imo snacks back as a souvenir! 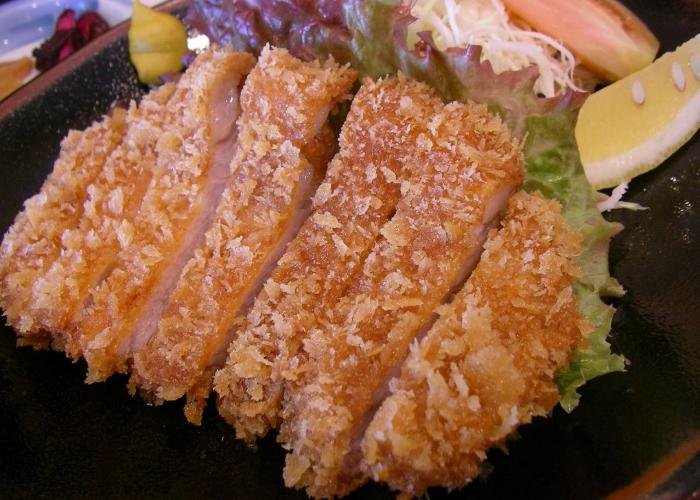 Kurobuta, which translates as "black pork," gets its name not from the color of the meat but from the color of the pig itself. The animals were originally brought to Kagoshima about 400 years ago, and their pork is now a local delicacy. They are fed on the prefecture’s famous sweet potatoes, and their meat has a distinctive crisp, clean flavor and marbled texture. Black pork is commonly enjoyed as part of a shabu shabu hotpot, or breaded and deep-fried into a crunchy tonkatsu cutlet. If you like it, you can also try kuroushi (black beef), made from locally-bred cows.

Last but not least on our list of what to eat in Kagoshima is kibinago, a small, glittering silver herring. Caught locally in the waters around Kagoshima Prefecture to ensure they’re fresh, the fish are only 7-10 centimeters long and can be salted and grilled, or deep-fried as tempura. One of the most popular ways to enjoy kibinago is raw as sashimi, with the translucent fish arranged elegantly on the plate in the shape of a chrysanthemum flower or a fan, and garnished with a mix of vinegar and miso (soybean paste).

Whether you’re exploring the breathtaking volcanos and beaches of the mainland, or the ancient forest of Yakushima Island, hopefully this list has given you a better idea of what to eat in Kagoshima during your visit. The prefecture’s cuisine is as rich and varied as its landscapes, full of locally-produced ingredients like sweet potato and katsuobushi, as well as unique takes on classic dishes such as ramen and sashimi.

We strive to be as accurate as possible and keep up with the changing landscape of Japan’s food and travel industries. If you spot any inaccuracies, please send a report.
0
Click clap if you like this post
Ashley Owen
Ashley is a freelance travel writer from the UK who spent the last two years living in Japan, and is about to embark on her next adventure to New Zealand. She's always on the lookout for exciting new vegan treats wherever she goes!
SEE ALL POSTS
Stay in the Loop!
We are always discovering the latest foodie trends.Sign up to receive insider tips about the food scene in Japan's most extraordinary areas.