Throughout your culinary adventures across Japan, you may have stumbled across this peculiar word when it comes to Japanese food: “umami." Umami is considered to be the fifth taste, but what really is this mysterious concept? What is umami and why is it considered such a unique and essential component of Japanese cuisine?

Not to be confused with “unagi” (meaning eel), umami is a flavor that plays a huge part in Japanese food. While being mild and subtle, the distinct flavor of umami is undoubtedly savory. In addition to the four standard primary flavors of sweet, salty, bitter, and sour, umami now has earned its place as The Fifth Taste. Western culture has recognized the four traditional tastes for decades already, while in Eastern countries, the fifth taste has been occupied by hotness from peppers or chili. In Japan, however, umami has taken its place as the fifth taste, which has since become a widely accepted concept across the globe.

The Japanese word umami itself translates roughly as, “savory deliciousness” or “pleasant, savory taste," which refers to the brothy quality or flavor of meaty foods that this specific taste is derived from. The flavor is distinct from saltiness, with a characteristic that makes it linger on your palate. It is often described to be “mouth-filling," which suggests a textural sensation, and can be attributed to the flavor that coats the tongue when you eat umami-rich foods.

You’ll find umami flavor in savory foods such as meat and fish, shiitake mushrooms, tomatoes, and even parmesan cheese. This flavor, particularly in Japanese cooking, is associated with broths and soups - that is, foods that have been cooked slowly for a long time to draw out the flavors. Whether it be through aging, drying, smoking, curing, stewing, or fermenting, these kinds of processes will contribute to the development of umami. 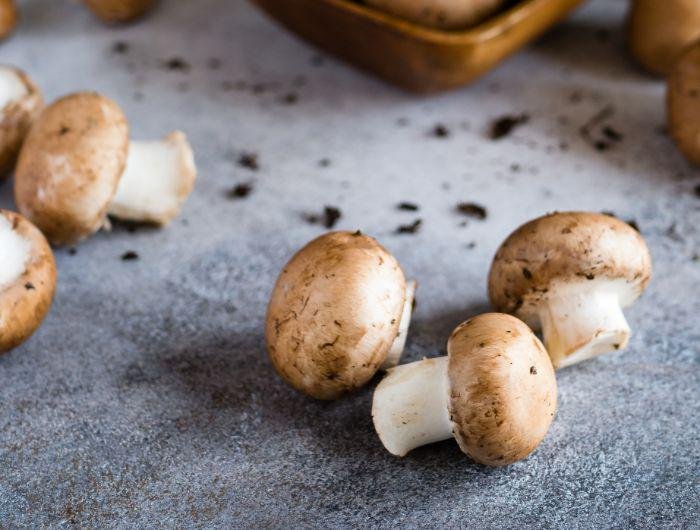 The History and Science of Umami

Umami is in fact a fairly recent discovery, as it was identified in 1908 by a Japanese scientist, Kikunae Ikeda. The concept of umami came into being when Ikeda went on an investigation into finding out what is inside a simple dashi stock, and what could make it so delicious? Dashi is a traditional Japanese soup stock base made by simmering kombu (dried seaweed) in water for a number of hours. With this deep dive into the study of kombu, Ikeda discovered what was the culprit of that distinctive taste: the amino acid glutamate, which is released from the seaweed through this cooking process.

If you get down to the nitty-gritty science of it, umami is defined specifically as a group of certain amino acids and nucleotides: mainly made up of monosodium glutamate (MSG), disodium inosinate, and disodium guanylate. Umami comes from these glutamates and other chemicals, which are universally found in all kinds of foods, particularly those that are high in protein. For example, despite getting a bad wrap in recent years, monosodium glutamate (MSG) is naturally present in foods such as green tea and tomatoes. So, by processing naturally umami-rich foods through cooking or preserving them, the proteins in the foods are broken down into free amino acids and the glutamate is released. And the flavor of umami, such as in kombu dashi, is the result.

On its own, removed from food, glutamate actually tastes quite mild, with a quality that is difficult to describe, however, it is key to that “mouth-filling” kind of tongue-coating sensation. Umami is a distinctive yet subtle taste, but it is best when it is used together with other foods to bring out their best characteristics, with the result being a harmonized and intensified flavor. A classic example is combining miso paste (soybean paste) and katsuobushi (flakes of bonito that have been dried, fermented, and smoked). As they are both rich in umami, when cooked together you get a strong savory aroma, and an almost meaty flavor. The umami potential is concentrated by the fermentation process of the beans, and the drying of the katsuobushi. This savoriness also comes packed with a punch of proteins that release those juicy amino acids.

Although it was identified scientifically by Ikeda at this time, cultures around the world have been benefiting from the flavor-enhancing qualities of umami for centuries. Even 3,000 years ago, Roman and Greek cultures used fermented fish sauce to give their food an extra kick. In the present day, some other naturally umami-rich foods include carrots, corn, shellfish, yeast extracts such as Vegemite and Marmite, and of course fermented soy products.

Biologically speaking, our taste buds function on an evolutionary level--that is, flavors indicate what our bodies need for survival, and signal what we need to avoid. For example, we crave sweet flavors for sugar, which give us calories and energy, while bitterness is a signal for things that are poisonous. Science has shown that we have distinct receptors on our tongues that react to umami flavor, and that humans have developed a taste for umami because it signals to the body that we have eaten protein.

Fast-forward to the birth of the company Ajinomoto, which Ikeda cunningly co-founded and has since become one of the biggest food corporations in the world. Ajinomoto meaning “the foundation of flavor” is now synonymous with “MSG,” the concentrated, powder form of umami that Ikeda learned how to mass-produce and patented. In recent years, this notorious flavor enhancer MSG has been getting a bad rap, controversial for allegedly causing health problems and "Chinese Restaurant Syndrome." Some positive research has shown that it promotes production of saliva, which stimulates the taste buds and eating habits of older people. A subtle taste with a delicate topic, umami is undeniably present naturally in all kinds of universal foods. Of course, pumping cheap, processed foods with MSG to make people buy them is obviously irresponsible. But, like all things, moderation is key.

How is Umami Used in Japanese Cuisine? 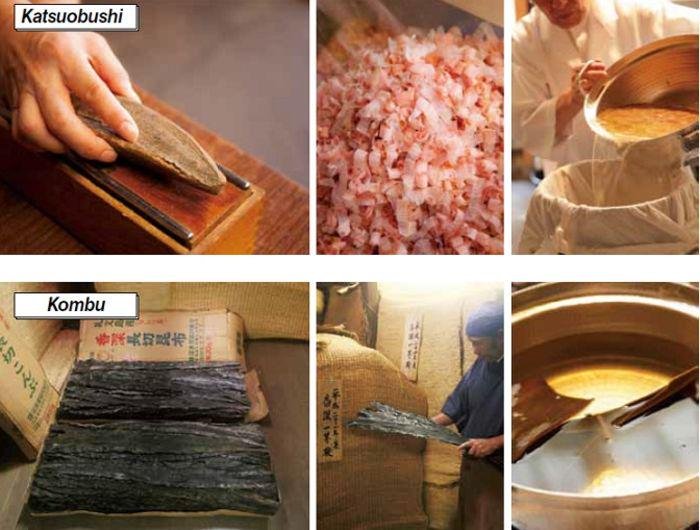 Umami in Japanese cuisine is vital. When it comes to flavor, we draw upon our sense of taste and smell, which is also influenced by textures as we experience them in our mouths. These are all highly regarded in Japanese cuisine, and umami-rich foods such as fermented soybean products, dried shiitake, kombu seaweed, and dried katsuobushi fish are part of Japan's culinary foundation. A humble cup of miso soup gets its concentrated flavor from the miso paste, katsuobushi, and kombu dashi, while the flavor combinations of a rich ramen broth are brought you to by umami-rich elements and special umami-extracting techniques working together.

When used in balance with the other four primary tastes, umami enhances the deliciousness of a dish. By combining elements of umami-rich foods together, you can harmonize the umami flavors to develop a deeper and more complex flavor. Overall, umami is the foundation for Japanese dishes, uniting the many flavors typical to Japanese cuisine to create a well-rounded and mouthwatering gastronomic experience.

We strive to be as accurate as possible and keep up with the changing landscape of Japan’s food and travel industries. If you spot any inaccuracies, please send a report.
0
Click clap if you like this post
Lucy Baker
Never not hungry, Lucy is an artist and foodie from Australia. You can find her hunting for the next delicious deal, documenting her food, or brunching. She lives firmly by the philosophy that food friends are the best of friends.
SEE ALL POSTS
You may also be interested in
Nagoya

Nagoya’s Sugakiya Ramen: How to Eat Ramen with a Spork