What to Eat in Nagano: 8 Must-Try Nagano Foods in Japan’s Winter Wonderland

Nagano is a landlocked prefecture located in the Chubu region of Japan. It has a superb location in the heart of the Japanese Alps and yet it's only a short distance from Tokyo and the greater Kanto region, making it an ideal getaway for Tokyoites. 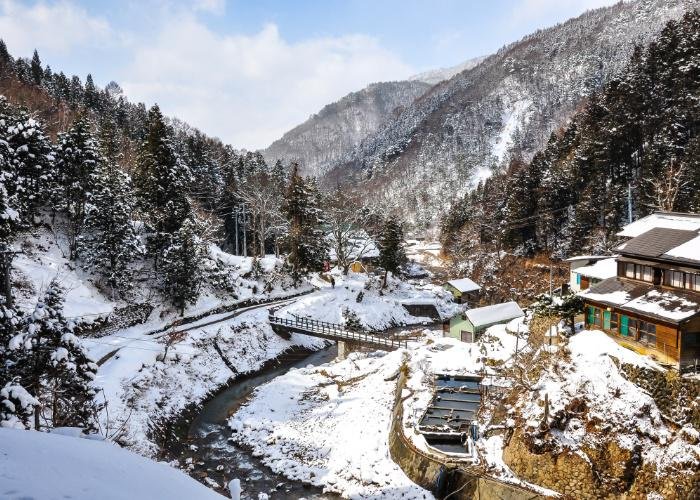 Nagano's mountains, forests, and rivers provide an abundance of delicious fresh and seasonal ingredients all year round. Here, we will help you decide what to eat in Nagano with a rundown of some of the most famous regional dishes.

What to Eat in Nagano: 8 Must-Try Nagano Foods in Japan's Stunning Mountainous Prefecture

Here are a few Nagano foods you must try on your travels! 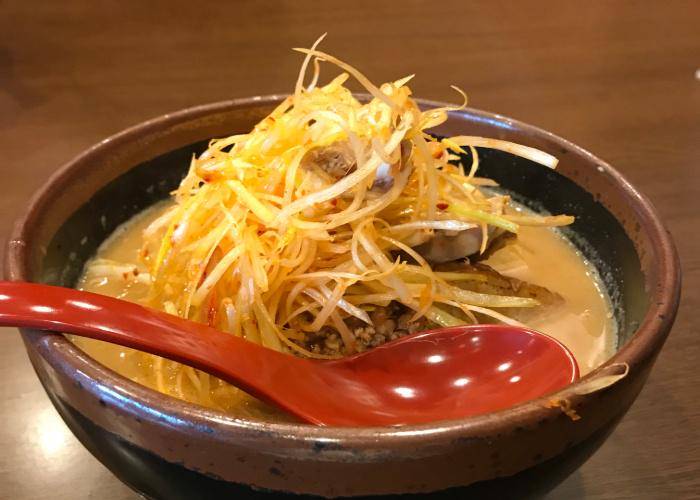 Nagano prefecture is in fact the largest producer of miso in the whole of Japan with a large percentage of the country’s miso coming from the area. Given this, it is no surprise to learn that the preferred ramen style for the people of Nagano is miso! Shinshu miso ramen is popular with locals and visitors alike and the rich broth flavored with the local miso is a particularly welcome comfort when staving off the cold Nagano winters! 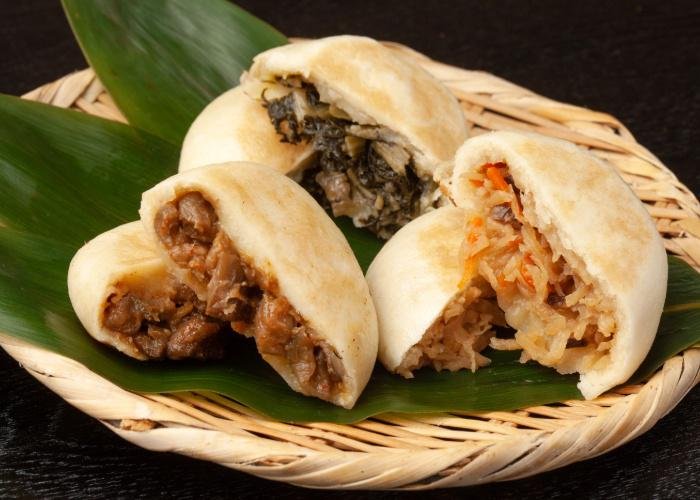 Oyaki is a delicious Nagano food that is something of a street food staple for the long, cold winters in the mountains of Nagano. These dumplings are made from buckwheat flour that is kneaded into a fermented dough and can be filled with a wide variety of different ingredients, from savory options like meat, vegetables, and fish, to sweet fillings like anko (sweet red bean paste).

Interestingly, oyaki are a testament to the harsh climate and terrain in Nagano as they were originally created by the inhabitants of the prefecture when they realized that rice could not be cultivated on the steep mountain slopes. 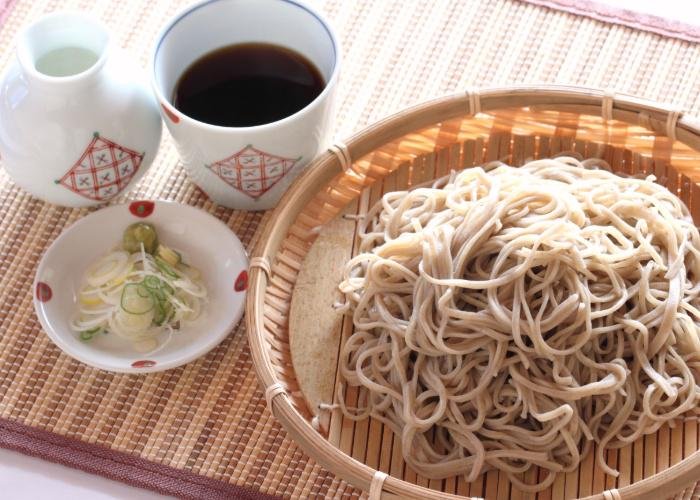 Continuing with the buckwheat dishes for which the prefecture is famous, Nagano soba or Shinshu soba as it is known locally (Shinshu being the historical name for Nagano until it was changed during the Meiji Restoration) is one of the most famous dishes that Nagano food has to offer. Eating Shinshu soba is a huge draw for Japanese visitors and this dish can be eaten either hot (during winter months) or cold (during the summer).

One of the reasons for Shinshu soba’s popularity is due to the conditions in which the buckwheat is grown. The plentiful volcano ash that is found in Nagano’s soil is said to give the soba a richer taste. In fact, Shinshu soba is so highly prized that only soba noodles containing over 40% buckwheat flour can be called Shinshu soba. 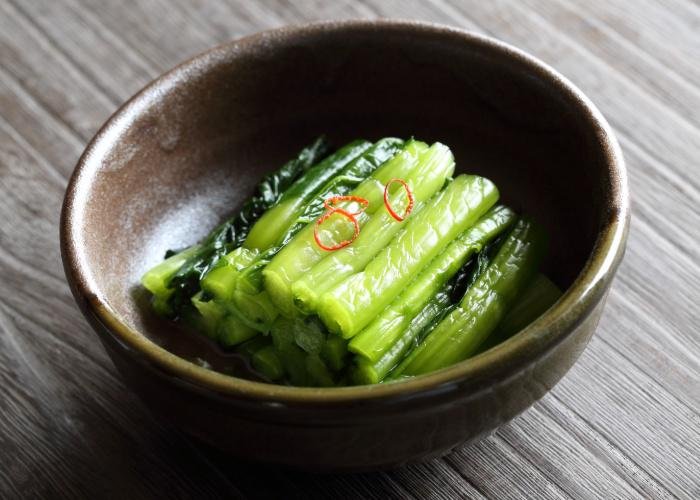 A fantastic complement to any meal and a common accompaniment to many Japanese dishes such as tonkatsu and unagi, Japanese pickles are a ubiquitous part of the country’s diet and are famed for their many health benefits. Nozawana-zuke is a type of pickle made from a green leafy vegetable that comes from the same family as the turnip. The leaves of the vegetable are pickled in salt brine and often seasoned with wasabi and another Nagano staple, shichimi togarashi. They are then chopped into thin slices to be served alongside other dishes.

The name Nozawana translates to "Nozawa vegetable." According to legend, this vegetable came to grow in Nagano when it was brought to Nozawa onsen village by the master of a Buddhist temple in the 18th century. The vegetable flourished in the village and hence the "Nozawa vegetable" was born! 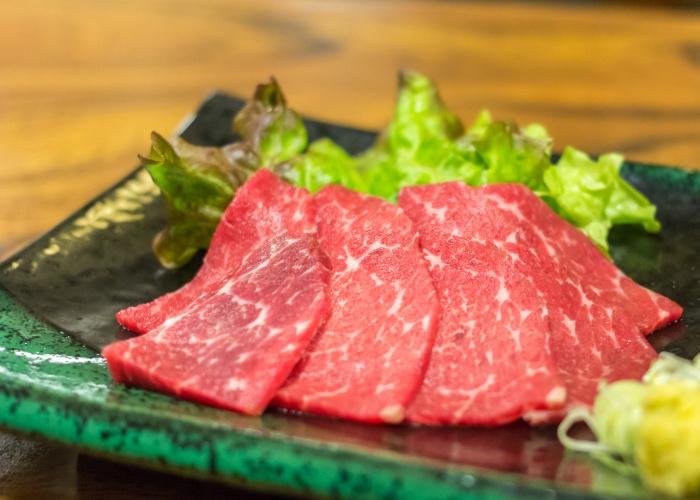 Perhaps the most unique Nagano food you can find at local izakayas and restaurants in Nagano is basashi. Basashi is horse meat that is eaten across Japan and is often added to nabe stews. In Nagano however, basashi is thinly sliced and eaten raw as sashimi, often wrapped in shiso leaves. This very unique version of a kind of "Nagano sushi" is somewhat challenging to the uninitiated, but actually has a delicately balanced flavor that surprises many visitors who have not tried horse meat before. 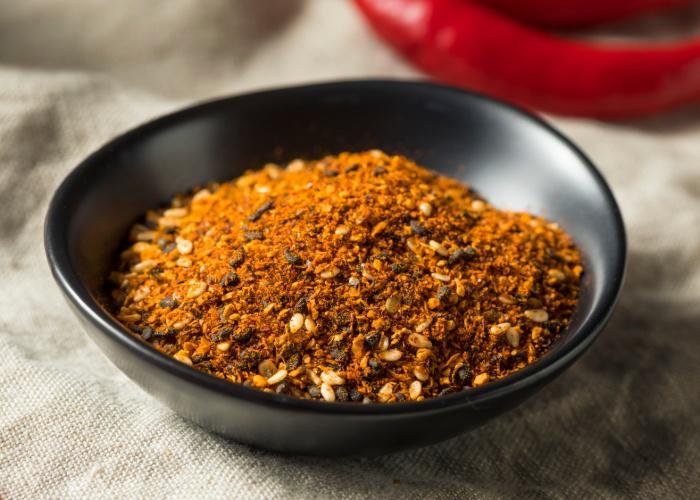 Shichimi togarashi is perhaps one of the most famous of all Japanese condiments! This mixture of seven different ingredients (hence the name "shichimi togarashi’ which translates as "seven flavor chili pepper"). This Nagano favorite can be found throughout Japan and its mixture of red chili pepper, ground sansho (Japanese black pepper), grated yuzu peel, black and white sesame seeds, hemp seeds, nori, and poppy seeds. Shichimi togarashi can be added to any meal and is a common addition in Japanese cuisine to spice up soups, soba, and gyudon!

In addition to buckwheat, Nagano prefecture is also one of the country’s leading producers of hops. It is no surprise then that Nagano is home to some of the best craft beer breweries in Japan. Nagano craft breweries such as Shiga Kogen and Yo-Ho have received acclaim for their beers and won awards internationally. Nagano beers are now widely available in supermarkets and convenience stores across the country but are well worth a try when visiting. 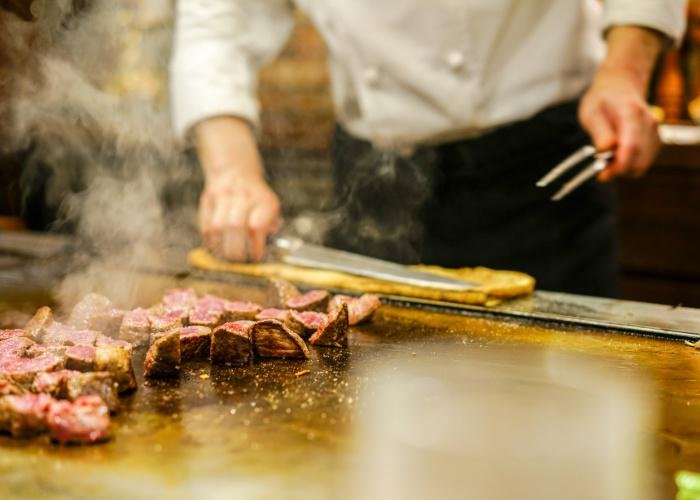 A truly decadent treat to finish with, Matsumoto beef from the Matsumoto area of Nagano prefecture is truly a must when planning what to eat in Nagano. The wagyu beef is lesser-known but equally highly prized alongside its counterparts from Kobe and Matsusaka. Matsumoto beef is also famed for having a slightly sweeter aftertaste than other wagyu due to the fact that Matsumoto cows eat apples. Served either as a teppanyaki-style steak meal or as a shabu-shabu, this is not to be missed!

Over the course of this article, we hope that you have gotten some great ideas for what to eat (and drink!) during your visit to Nagano. Warm up with some miso ramen or hot Shinshu soba after hitting the slopes, or snack on a portable oyaki when you're on the go. Nagano is truly one of the most spectacular and breathtaking prefectures in all of Japan and certainly has a cuisine to match!

Browse food experiences in Nagano and subscribe to Japan by Food on YouTube for more travel inspiration!

We strive to be as accurate as possible and keep up with the changing landscape of Japan’s food and travel industries. If you spot any inaccuracies, please send a report.
3
Click clap if you like this post
James Krick
James has had a lifelong passion for travelling and has made it one of his missions to eat his way around the world! These quests have led him to locations as diverse as the Middle East, Korea and to his current home, Japan. Currently based in Tokyo, he continues his exploration of Japan and its culinary delights!
SEE ALL POSTS
Stay in the Loop!
We are always discovering the latest foodie trends.Sign up to receive insider tips about the food scene in Japan's most extraordinary areas.