Have you ever heard of amezaiku? It's the amazingly delicate traditional Japanese art of candy sculpting. Molding the hot mizuame candy into beautiful goldfish, dragons, and bunnies usually takes master craftsmanship. But in this sweet and tricky challenge, Shizuka tries her hand at beginner candy sculpting! How will she fare?

In this edition of "Challenge Shizuka," Shizuka ventures to Ameshin Amezaiku, a candy art studio in Asakusa, Tokyo, to take on the challenge of sculpting her very own candy rabbit!

In amezaiku, the sculptor uses mizuame or "water candy," a sticky syrup made from rice or potatoes, to mold intricate figures of animals and Japanese mythical creatures. As Shizuka discovers, this takes a surprising amount of strength and speed, as the candy dries and hardens in just 2-3 minutes!

Wondering what the hardest part of shaping a candy bunny is? Find out in the video! 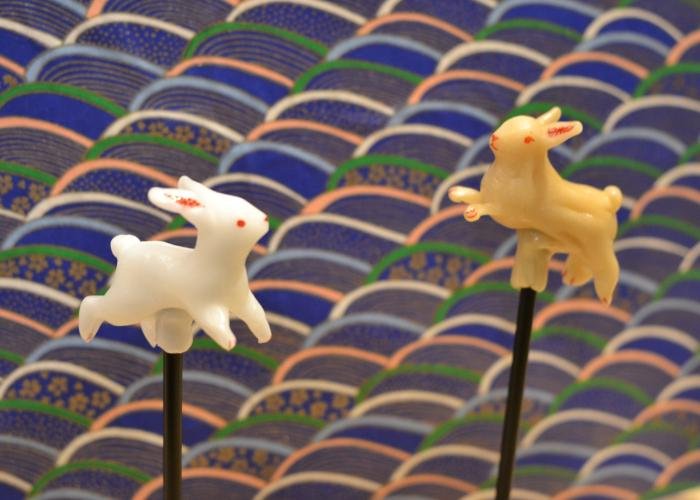 Watch as Washizu-san, the master candy craftsman at Ameshin, takes Shizuka through each step of amezaiku. First, he whips the color-changing mizuame like a meringue, adding air to the candy. Then, he heats the candy to a whopping 90° C (approx. 200° F), melting the mizuame to a malleable, taffy-like consistency.

The rest of the candy sculpting journey is in Shizuka's hands as she carefully snips out arms and legs with large scissors, waits for her creation to cool, and finally uses food coloring to paint on the face and finishing touches. 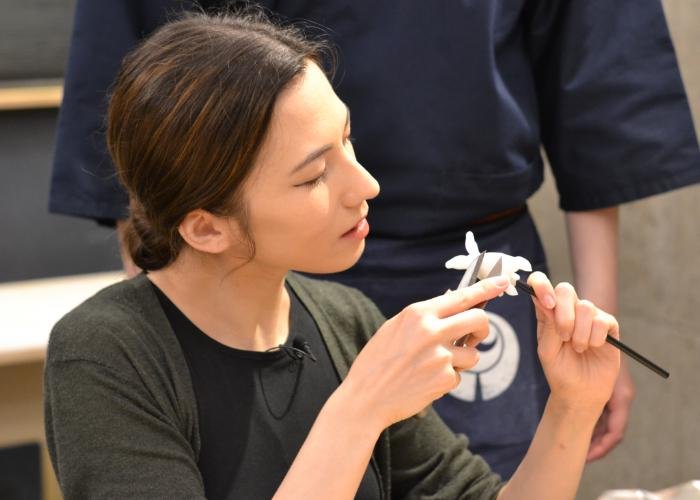 Amezaiku as an art form became popular in the Heian period, when artisans offered their loveliest candy sculptures to the gods at temples in Kyoto. The breathtaking performance of the craft lent itself perfectly to street art as well, allowing audiences to watch in amazement as sculptors produced pristine candy figurines in a matter of seconds. You can still find some street demonstrations of amezaiku in Japan and around the world today!

Curious about how artisans make more dynamic and professional-looking amezaiku sculptures? Get some tips from Washizu-san as he explains his own artistic method. 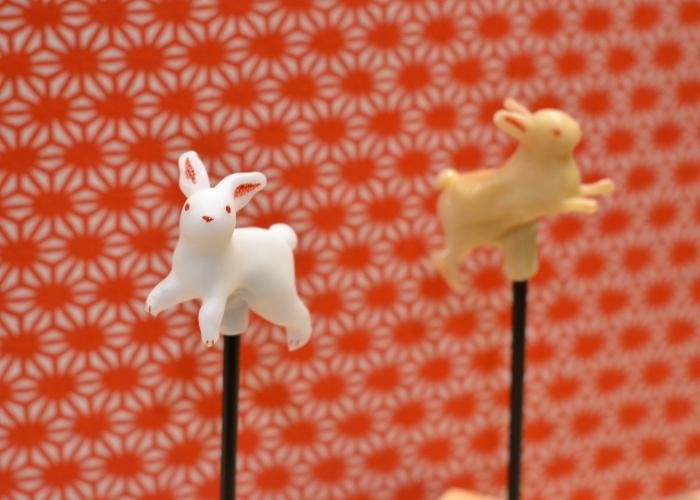 If you're itching to get your hands on some hot candy, why not try out the same challenge as Shizuka on your next trip to Asakusa?

This Amezaiku Candy Sculpting Workshop in Tokyo will have you snipping, pinching, and painting mizuame in just 1 to 1.5 hours, guided by an expert. Flex your creative muscles and see how your bunny sculptures compare to Shizuka's. Luckily for beginners, you can practice twice before crafting and taking home your final candy masterpiece!

Want to see more of Shizuka's Japanese food adventures? Watch as she discovers wagashi shops during sakura season and visits the oldest sake brewery in Tokyo!

We strive to be as accurate as possible and keep up with the changing landscape of Japan’s food and travel industries. If you spot any inaccuracies, please send a report.
2
Click clap if you like this post
Emily Suvannasankha
Masquerading as a grad student in Linguistics, Emily can typically be found counting the minutes ‘til her next peach chūhai. She has two years in Nagoya before her need for jumbo peanut butter sends her crawling back to the US.
SEE ALL POSTS
You may also be interested in
Tokyo