Japanese sake is renowned worldwide for its high quality, made from carefully curated local water and fermented rice. Uniquely, you can enjoy the refreshing alcohol either hot or cold, at a Japanese izakaya bar with friends or during a cozy dinner at home.

But have you ever wondered how Japanese sake is made? Follow Shizuka as she goes on a sake brewery tour of Toshimaya Shuzo, the oldest sake brewery in Tokyo, and tastes some delicious sake!

Sake, referred to as nihonshu in Japanese, has historically been used in religious rituals as offerings to the gods at temples and shrines in Japan. Using sake and its byproducts, you can make anything from amazake, a thick sweet winter drink, to shiokoji, rice with fermentation culture used for miso and soy sauce. But at Toshimaya Shuzo, they focus on pure, traditional sake, made with loving care the same way they've done it since 1596. 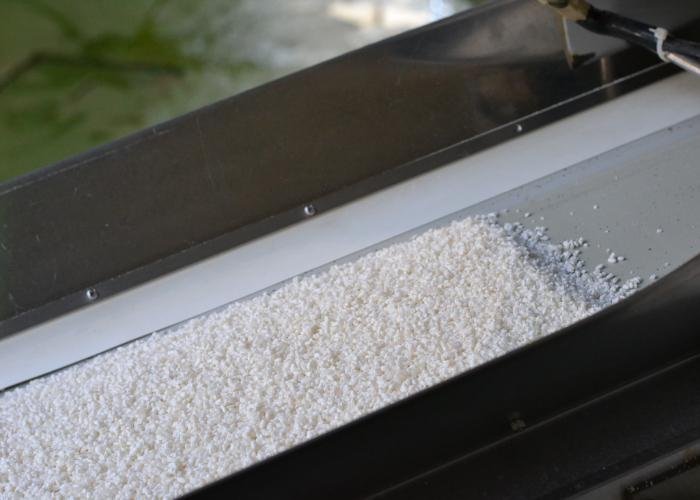 The sake-making process has been finely tuned ever since it skyrocketed in popularity in the Meiji period. During this tour of the oldest sake brewery in Tokyo, you'll gain insight into every step of the process, from washing the rice to mixing the fermented rice in huge tanks. Surprisingly, it involves 8000 liters of water and 2.5 tons of rice; click the video to watch Shizuka stir the sake herself! 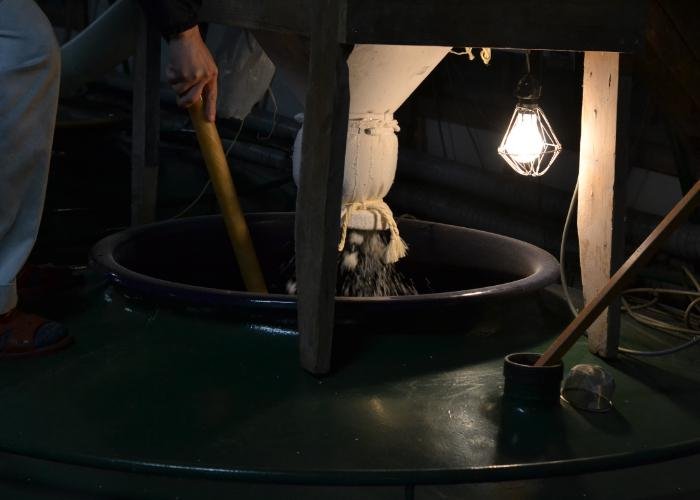 Not only does Shizuka learn how to make sake, she gets to visit Toshimaya Shuzo's kamidana, or god's shelf, traditionally decorated and devoted to the Japanese god of sake. What cute smaller protector gods does the shelf also honor? Watch to find out!

Finally, Shizuka comes to the end of the sake brewery tour and tries several kinds of sake brewed fresh at the historic site. Her tasting begins with the most traditional of brews, bright and acidic, and progresses to special varieties, like one that tastes of sweet Japanese brown sugar.

Curious as to what the rich historical culture of sake means to the Japanese people? Shizuka's tour guide lends some critical insight into why sake is not just an alcohol to the Japanese—it's a treasured form of communication. This fascinating conversation occurs at the end of the sake tasting, rounding out what was already an incredibly illuminating peek into the world of sake production.

Take a peek into the complex process of sake brewing! Join the Toshimaya Shuzo Sake Brewery Tour, where you'll get to witness the magic of Japanese alcohol production.

On this intoxicating adventure, you'll follow a local English-speaking guide through the three-hour brewery tour, enjoy all-you-can-drink sake, and compare sake varieties like a true connoisseur. Alternative drinks will be available for those under 20 years old.

Thirsty for more? Explore other Japanese sake tastings in Japan!

We strive to be as accurate as possible and keep up with the changing landscape of Japan’s food and travel industries. If you spot any inaccuracies, please send a report.
13
Click clap if you like this post
Emily Suvannasankha
Masquerading as a grad student in Linguistics, Emily can typically be found counting the minutes ‘til her next peach chūhai. She has two years in Nagoya before her need for jumbo peanut butter sends her crawling back to the US.
SEE ALL POSTS
You may also be interested in
Travel Tips