Japanese sake is a key part of the drinking culture in Japan, with a history that dates back over 2000 years. While much of the brewing process stays true to its traditional roots, there’s still plenty of innovation going on in the industry. In this video, Shizuka Anderson visits Otokoyama Honten, a Japanese sake brewery that’s pushing the frontiers of nihonshu by aging their sake underwater at a local oyster farm. Take a look to find out more about the sake fermentation process, and what sake that’s aged under the sea tastes like!

Otokoyama Honten Sake Brewery is located in the city of Kesennuma in Miyagi Prefecture, part of the Tohoku region in the northeast of Japan. It’s an area that was badly damaged by the 2011 earthquake and tsunami, and although the brewery’s main office was destroyed, thankfully the brewery itself was untouched. In fact, the staff amazingly went back to work the very next day as a way to protect Kesennuma sake and the city’s culture after it lost so much. 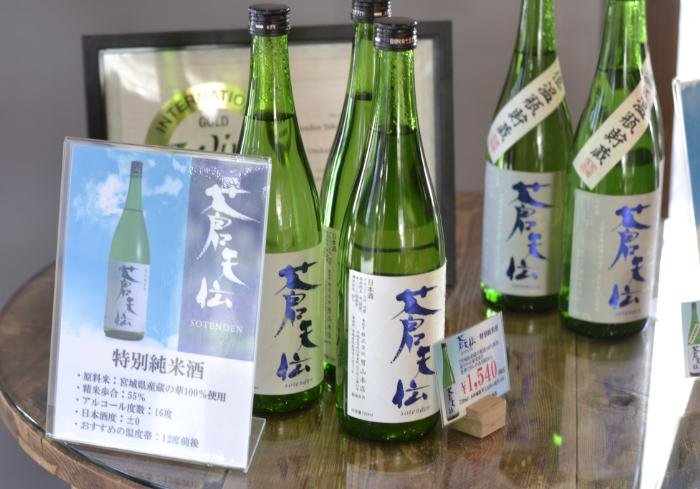 In this video, Shizuka is taken on a sake brewery tour by Sugawara Hiroki, the 5th generation sake brewer at Otokoyama Honten Sake Brewery in Kesennuma. He talks her through the process of making sake, from washing and soaking the rice through steaming it, cooling it, and then beginning the sake fermentation. 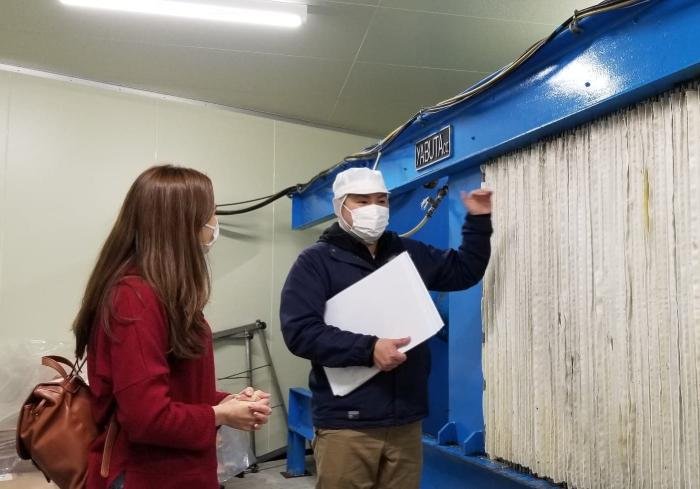 As part of the sake brewery tour, you can see the huge tanks where the sake is fermented, plus the pressing machine that separates the sake from the leftover sake kasu (sake lees). Miyagi sake is known for being high quality, and Sugawara also explains how the process for making premium junmai varieties of the drink is slightly different at each stage. 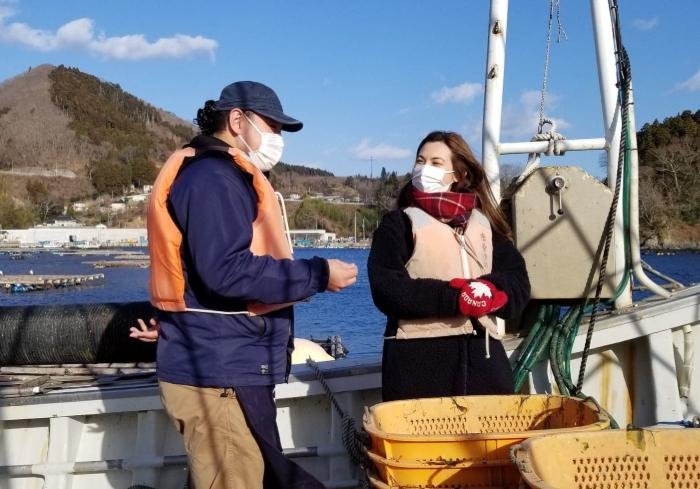 Then it’s time to move on to the sake maturation, which is where things get really interesting! Shizuka heads out on a quick drive to an oyster farm in the nearby town of Karakuwa. Here they hop on a boat and sail out to haul up some sake that the byFood team bottled and submerged about a year and a half previously. 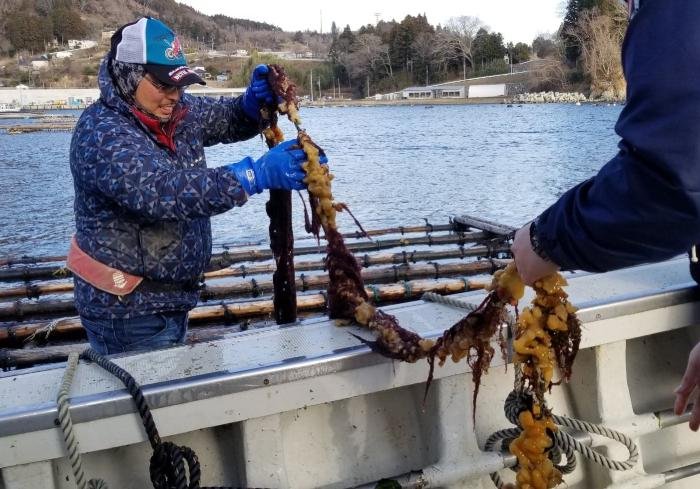 Back on dry land, it’s then time for the taste test. Shizuka samples one bottle of sake that was aged the normal way in a fridge on land, and also one of those that was aged under the sea. Perhaps surprisingly, the end result is quite different! Both are smooth and delicious to drink, but the sea-aged sake is a little sharper and has a more complex flavor profile.

Enjoy your own sake experience at Otokoyama Honten!

Want to try this unique underwater sake for yourself? Join the award-winning Sake in the Sea: Immersive Sake Storage Voyage in Kesennuma!

First you’ll get to go on a sake brewery tour at Otokoyama Honten Sake Brewery, before preparing your own bottle to be submerged beneath the waves. Then you’ll board an oyster fisherman’s boat and head out to pull up a basket of bottles that have been aging 15 meters below the surface. Back on shore, you can then run your own comparison to see how different – and delicious – it tastes. Kanpai! 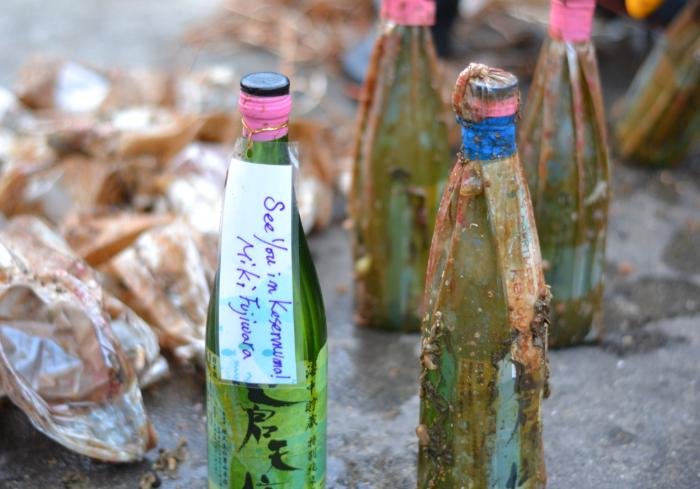 Liked the video? Subscribe to the Japan by Food YouTube channel to see the latest videos when they drop!

We strive to be as accurate as possible and keep up with the changing landscape of Japan’s food and travel industries. If you spot any inaccuracies, please send a report.
5
Click clap if you like this post
Ashley Owen
Ashley is a freelance travel writer from the UK who spent the last two years living in Japan, and is about to embark on her next adventure to New Zealand. She's always on the lookout for exciting new vegan treats wherever she goes!
SEE ALL POSTS
Stay in the Loop!
We are always discovering the latest foodie trends.Sign up to receive insider tips about the food scene in Japan's most extraordinary areas.