Japan is famous all over the world for its cuisine, and what makes this country special (gastronomically talking) is the biodiversity of ingredients that every season brings with it.

During spring months, farmer's markets and supermarket shelves start selling a special tuber with a strange shape and texture called the nagaimo yam; have you ever heard of it?

A type of Japanese mountain yam, the kanji translation of the name "nagaimo" gives this perfect description:

Nagaimo is an elongated, cylindrical tuber with a rough, light brown skin and whitish pulp, popular in Japanese cuisine for its sticky texture.

Nagaimo gets sticky when grated, crunchy when fried, and if you grate and heat it, it becomes soft.

Cultivated mainly in the north of the country, particularly in Aomori prefecture, this Japanese mountain yam is a tuber that is in season twice a year. Planted in May, nagaimo is harvested partially in early autumn before the snow arrives, and then again in early spring after the snow has melted.

The result is two harvests of the same tuber with very different qualities. While the potatoes harvested in fall are fresh and mild in flavor, the spring ones are sweeter and riper.

What is Nagaimo Good For? 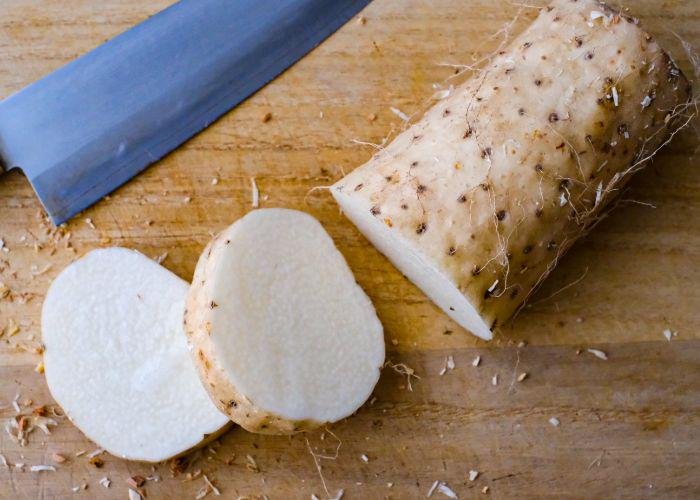 What makes this Japanese ingredient unique is its incredible versatility and special properties. Generally speaking, potatoes must be cooked before being eaten because the starch contained in them is not easily digestible. For this reason, it needs to be heated to prevent stomach pains.

However, potatoes of the yam family (together with another variety called yamaimo) can be eaten raw, and the reason is that they contain a lot of amylases, a digestive enzyme capable of breaking down starch to make it digestible.

It is therefore an ingredient that can be cooked in different ways, capable of taking on various flavors and textures. Nagaimo gets sticky when grated, crunchy when fried, and if you grate and heat it, it becomes soft.

If you're wondering how do you use nagaimo, here are three recipes that will introduce you to the different textures of this Japanese mountain potato. 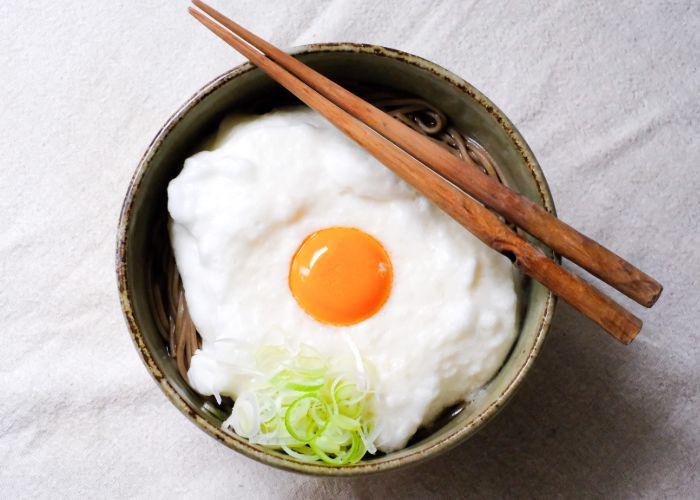 A perfect way to experience the neba neba (ネバネバ - “sticky”) texture of nagaimo is through the tororo (grated) version, served over a steaming bowl of soba noodles.

Simple to prepare and rich in nutritional properties, tororo soba is often enriched with egg yolk in the center and some thinly sliced negi.

It can be eaten hot or cold, and is considered a refreshing meal to defend against the heat of the Japanese summer.

How to Cook Tororo Soba

Let's start with the dipping sauce. Put 6 cups of water in a pot and bring to boil over high heat. Add the dry bonito and bring the flame to medium intensity. Add 1/2 cup each of soy sauce and mirin, simmer for 2 to 3 minutes, and strain the soup through a strainer to catch the bonito flakes. Return the soup to the pot and heat over medium heat.

Bring a separate large pot of water to a boil and add the soba noodles, cooking until firm (check the cooking time on the packaging). When ready, drain the soba noodles through a colander and rinse the noodles under running water to remove any sliminess.

Grate the nagaimo and set it aside.

With the soup simmering over medium heat, add the soba noodles and cook for about a minute, adding a pinch of salt to taste.

Serve the soba noodle soup in a bowl, topped with grated nagaimo, red yolk in the center, and garnished with negi.

(Instead of soba, you can also enjoy the neba neba texture of mountain yam over rice!) 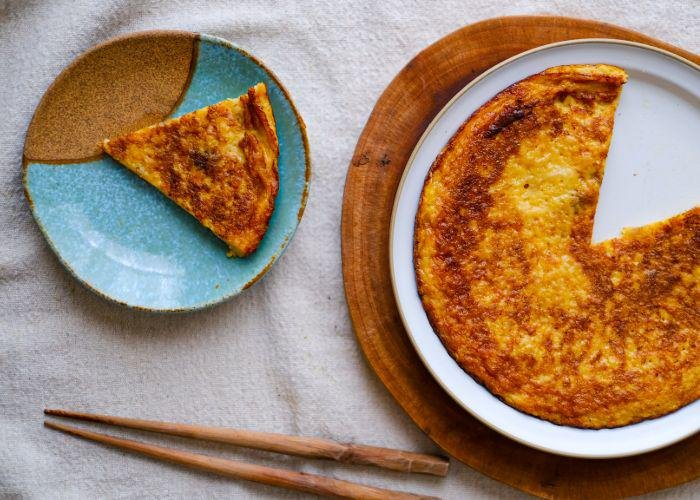 Here is the fuwa fuwa (ふわふわ - “soft” or “fluffy”) version of our nagaimo. These savory pancakes are a true treat for the palate, thanks to their mild flavor and fluffy texture.

Nagaimo pancake is a popular dish in Japanese pubs (izakaya) that’s also pretty easy to make! You just need to stir together grated nagaimo, egg, flour, mentsuyu (or just soy sauce is also ok!), and dashi stock; then cook it in a frying pan.

I recommend eating them freshly made and still warm, so you can taste all the flavors at their best.

How to Cook Nagaimo Pancake

Peel and grate the yam, and combine with 1 egg, 2 tablespoons flour, 1 tablespoon mentsuyu, and 1/2 tsp of salt.

Heat sesame oil in a frying pan over medium-high heat, pour in the mixture of grated mountain yam, and cook for 3-4 minutes. Turn over when browned, cover, and steam over low heat for another 3-4 minutes.

Once ready, you can top it with your favorite ingredients (negi, bonito flakes, etc.). 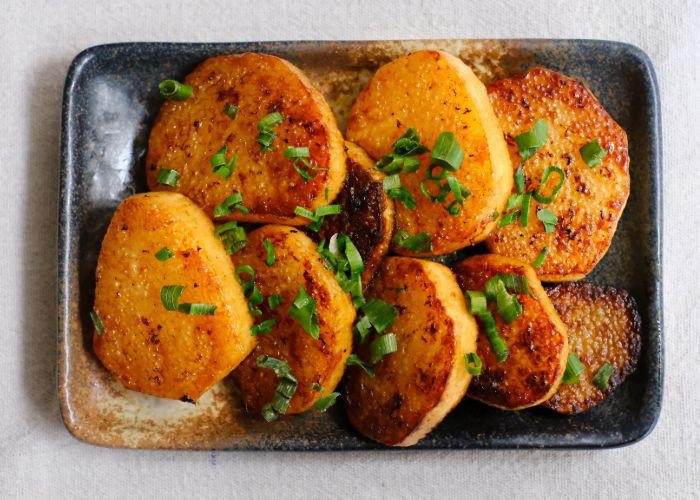 Last but not least, the saku saku (さくさく - “crunchy”) nagaimo recipe. And what better version than one based on the popular teriyaki sauce?

Teriyaki gives a sweet and sour flavor that delicately embraces the various ingredients over which it’s glazed.

How to Cook Teriyaki Nagaimo

Peel the nagaimo yam and cut it into 1 cm thick slices.

Mix the ingredients for the seasoning in a separate bowl.

Heat salad oil in a frying pan over medium and add the nagaimo slices. Cook them slowly, flipping them to brown the other side. Once ready and light brown on both sides, add the bowl of seasoning and simmer. Turn the slices to coat both sides.

Serve and eat warm with sliced negi as a garnish.

These are just a few of the most popular recipes for cooking nagaimo. Whether you love soft, crispy, or slimy textures, this ingredient will satisfy your tastes.

We strive to be as accurate as possible and keep up with the changing landscape of Japan’s food and travel industries. If you spot any inaccuracies, please send a report.
0
Click clap if you like this post
Eleonora Badellino
Born and raised in Italy, Eleonora has been a food enthusiast and nature lover since she was a child. After graduating from "Gastronomic Sciences" university and work experience abroad in the food industry, she arrived in Japan intrigued by the culinary culture of Washoku. Destiny made her meet her husband here, and now they live together in the Japanese countryside, with their newborn baby.
SEE ALL POSTS
You may also be interested in
Osaka