Where to Eat in Kanda

Densely populated with students, Kanda is not your typical tourist-y district. It includes several neighborhoods, like residential areas and universities. While this area may not be a prime spot for foreign visitors, it is heavily populated by Japan’s youth, particularly students. Kanda is also the home of Yushima Seido, a shrine devoted to Confucius. This university belt is near Akihabara, the district famous for anything manga-related. Other than being a university district, Kanda is also the location of Kanda Myojin Shrine and the Kanda Festival, one of the three famous festivals celebrated in Tokyo. We’ve got you covered regarding where to eat in Kanda, so you can refuel before, during, or after sightseeing.

Whether you are interested in shrine-hopping in Kanda or are a student-at-heart with a fascination of sight-seeing various universities in the area, Kanda has something to offer every foodie, local, or tourist alike. Let’s dig into some of the flavors that Kanda is cooking up in the kitchen.

Where to Eat in Kanda

Here are some fantastic places to fuel up in Kanda! 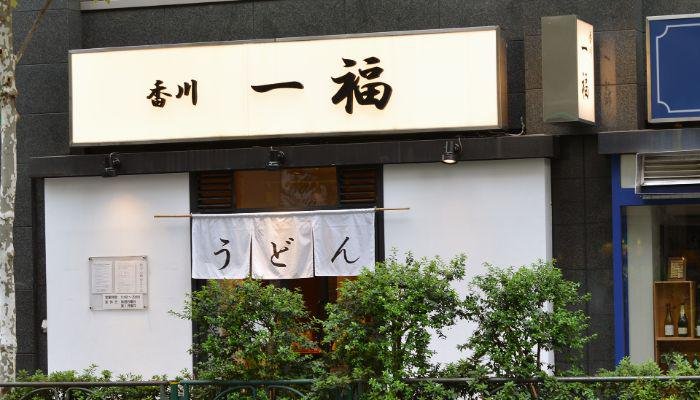 If you find comfort in Japanese udon, then you are in for a treat at Ippuku, which recieved Bib Gourmand status from the Michelin Guide. This acclaimed noodle restaurant in Kanda originated in Kagawa Prefecture, which is known for udon. In particular, Ippuku’s sanuki udon is a must-try. Sanuki, the feudal name of Kagawa, is also the name for the noodles served in the prefecture, immersed in a clear, savory broth with scallions, sesame, or grated ginger. Ippuku also serves side dishes such as kamaboko fish cakes, wakame seaweed, abura-age, and onsen tamago. The restaurant also sells tempura alongside other typical Japanese dishes. 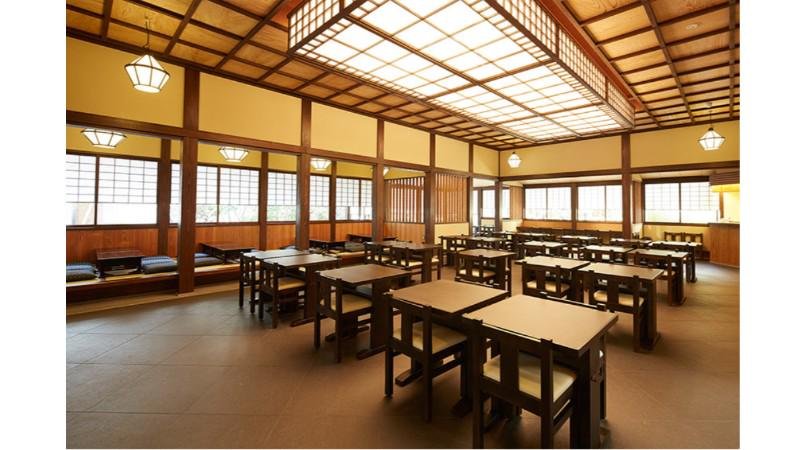 Another must-try noodle spot is Kanda Yabu Soba, which serves hand-cut noodles topped with duck (kamo-nanban soba) or cold soba paired with a shrimp tempura patty (ten-seiro soba). Kanda Yabu Soba was the oldest soba noodle restaurant in Tokyo, until it burned down in 2013. Since being rebuilt the following year, Yabu Soba has continued to flourish in Kanda. They have a fantastic seasonal menu in addition to their year-round options, and their tradition of cutting soba noodles by hand lives on. 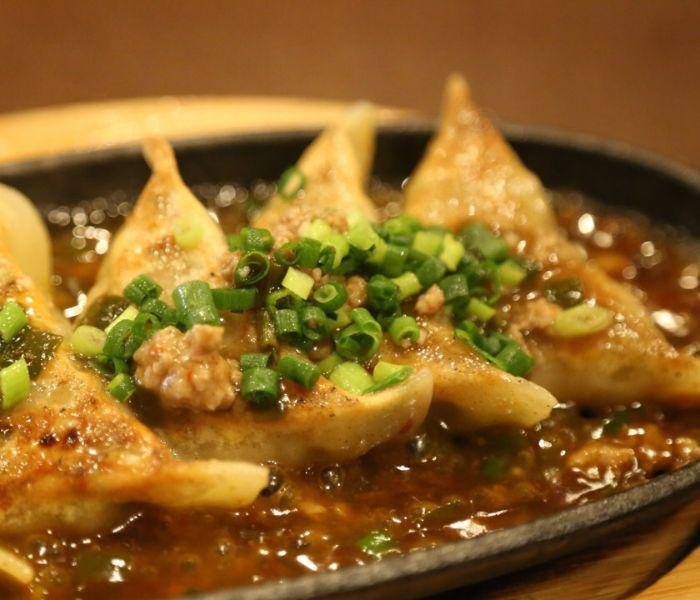 Cheese is undisputably the ultimate comfort food, and what could be more comforting than combining it with Japan’s favorite izakaya food, gyoza. Warashibe Gyoza is a restaurant in Kanda that has modernized and Westernized their juicy Japanese gyoza parcels with their signature teppan gyoza fondue. The pan-fried dumplings are placed in a teppan alongside a generous serving of cheese that, when melted, coats the gyoza in a bubbling sauce. Other creative gyoza dishes served in this restaurant include barbecue gyoza and coriander gyoza.

Looking for a seafood restaurant in Kanda? Head on to Surugaya Kahei, which serves snow crab, skipjack tuna, and sea bream. In particular, they are known for shiokara, seafood innards, like squid guts that are spiced up by yuzu and kimchi. They also have casual izakaya fare, like seafood donburi bowls and sashimi, and over 30 types of craft sake to wash it down.

Meanwhile, for some hearty ramen with a thick, warm broth that’s almost bisque-like in nature, check out the seafood ramen at Gonokami Suisan. They have several varieties of ramen including tsukemen, a dipping style of noodles, and soba (buckwheat noodles). Gonokai Suisan also has a selection of shrimp-based noodle dishes, oyster ramen, and even Western-style ramen, made with ingredients from Gonokami Suisan (“Five Gods Fishery”). 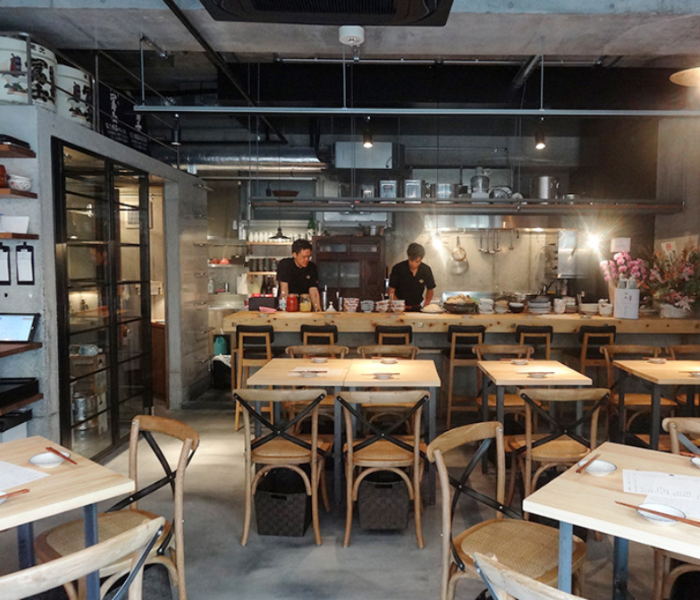 Cap off the night at Hotaru, the first sake brew-pub in Tokyo, where you can try doburoku, an unfiltered and thick sake with a high alcohol content. Cozy industrial-chic describes the interior of Nihonshu Hotaru, and you’ll feel right at home sitting at the bar counter and trying izakaya food like gyutan (grilled ox tongue) and anago (conger eel). It’s a trendy and inviting sake bar that you don’t have to be a sake expert to enjoy. 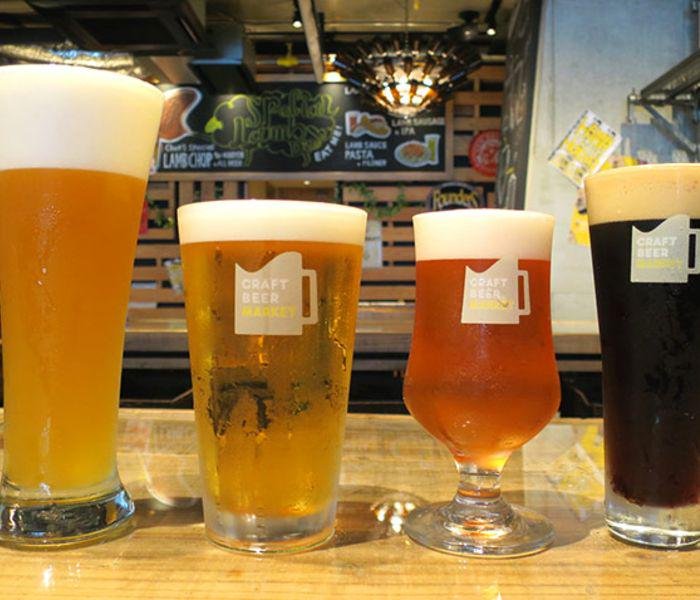 Kanda is a great place for beer-lovers, with a huge variety of beer pubs and craft beer joints. It’s home to Wiz Craft Beer and Food, a stylish beer hall with 31 beers on tap; and Hitachino Brewing Lab, which brews its own beers, such as Hitachino Best Lager. Craft Beer Market, with 30 kinds of domestic and international craft beer, also has a location in Kanda; and DevilCraft, which opens after dark, is known to serve artisanal craft beer and Chicago-style pizza.

Kanda is business and university town, packed with office workers and students as well as great restaurants and craft beer joints. Discover where to eat in Kanda for yourself and try out some of these recommended restaurants in Kanda, from seafood joints to ramen to Michelin-rated udon.

We strive to be as accurate as possible and keep up with the changing landscape of Japan’s food and travel industries. If you spot any inaccuracies, please send a report.
0
Click clap if you like this post
Aleli Dorado
Aleli is a wanderlust whose main itinerary is to culture soak in the places that she sets foot on, sinking her teeth in the gustatory offerings that the place has to offer and knowing the story behind it. Food for her is a marriage of the sights, sounds, smells, and tastes of the rich history of every city she explores and uses the pen as her tool to share to the world each unique experience she unravels.
SEE ALL POSTS
You may also be interested in
Culture