Guide to Living Keto in Japan

A comprehensive guide to maintaining a ketogenic/low-carb diet in Japan.

For the veteran residents, the challenges of maintaining any form of low-carb diet in Japan are very real. Japan is a country with an undying affinity for rice and noodles, and the concept of a low-carb diet has yet to see the boom it has had in Western countries such as the US and the UK. However, fear not as in this post I will share with you all the ways you can stay true to your ketogenic diet while helping you discover low-carb foods and keto-friendly Japanese foods.

One would be forgiven for thinking that you will lose weight in Japan just by merit of the smaller portion sizes and the general sense of health consciousness here in Japan, but rest assured, you will have a nasty shock if you don’t keep an eye on what you’re eating. Japan is one of the world’s finest in hidden sugars, a hard-learned lesson I found out about on my first health check two years ago when I had found myself at a very uncomfortable size. That was when I shifted gears and took a dive into ways I could fit reshaping my diet and lifestyle in spite of my strict time constraints with work. 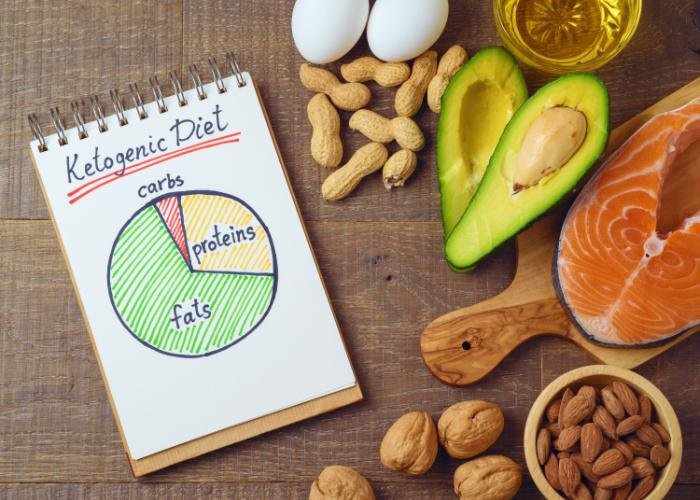 What is the Keto Diet?

For those new to the keto diet, it is a very low-carb, high-fat diet that has been proven to have many health benefits including weight loss, reduced risk of heart disease, and reduced risk of Alzheimer’s, amongst numerous other benefits it can offer. There are several studies (here are just a few… 1, 2, 3) that back up the positive effects of going keto.

The general structure of this diet is to keep your daily net carbs under 20-50g a day for your body to go into ketosis, a state in which the body takes energy directly from the body fat stores.

Dining Out on the Keto Diet in Japan

Back to being keto in Japan. As previously mentioned, it is relatively hard given the abundance of rice in the Japanese diet, however by no means impossible. There are a variety of keto-friendly options in Japan that you can take advantage of while living or on a trip to Japan. If you are going to go out, you can find a variety of low-carb options on the おつまみ (otsumami, appetizer) or 単品 (tanpin, single dish). A prime example of how you can eat out on a low-carb diet with this method would be the yakiniku plate on the tanpin menu at Matsuya. 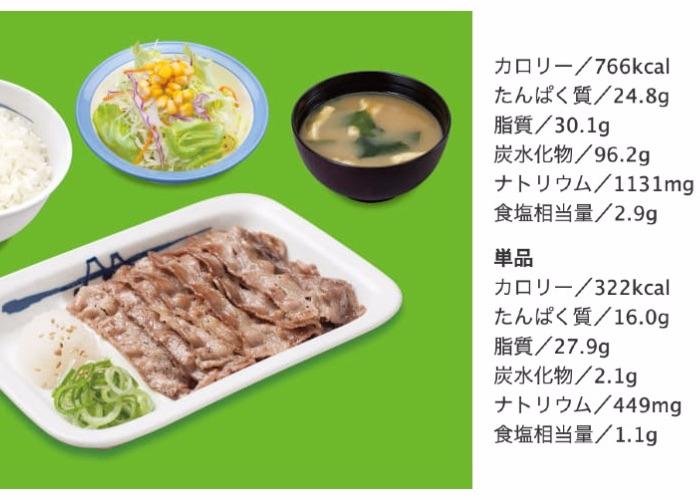 The tansuikabutsu (炭水化物 carbs) for the tanpin (単品 single dish) is at 2.1g which makes for a very keto-friendly option for those who want to eat out.

Here are some useful phrases you may use to help maintain your low-carb diet in Japan. For more handy Japanese phrases, read Basic Japanese Phrases for Dining Out. 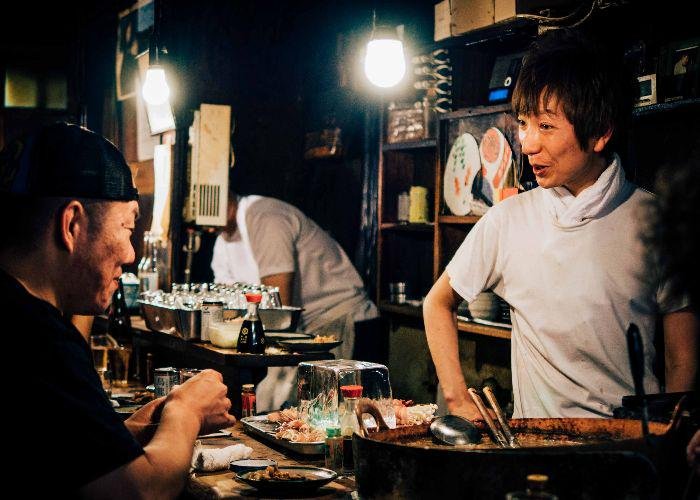 Now for the pièce de résistance! Take a gander at the list I have compiled for your reading pleasure. An eclectic mix of the best in low-carb, ketogenic chow you can sink your teeth into whilst here in Japan.

Starting strong with this magic broth. Shabu-shabu (meaning “swish swish”) is a low-calorie, high-taste member of the low-carb Japanese cuisine family. Accompanied by a few small bowls filled with goma (ごま, sesame) sauce and ponzu (ポン酢, citrus soy sauce), you boil meat and vegetables in a large pot of broth on a hot plate in the middle of the table. Most shabu-shabu restaurants offer a variety of cuts of meat, however, I would recommend the bara cut of meat as it is a bit leaner than the harumi or galbi options.

The Japanese indoor BBQ provides you with as much chicken, pork, and beef as your heart desires. To keep true to your ketogenic diet, I would suggest going for the salt/plain options as there is a lot of sugar in the sauces used in the ajitsuki (味つき, flavored) types.

A Japanese shish kebab, yakitori is a very good high-protein, low-carb addition to your diet. Look for the salt option (shio, しお) as this would be a better alternative to the tare (タレ) option that contains a lot of sugar.

Sashimi, raw fish cut into thin slices, is a great keto option worth trying with wasabi and soy sauce for a healthy bite to eat.

Oden is a myriad of boiled ingredients, usually served in the wintertime. Although not strictly a carb-free choice in itself, there are some great keto-friendly Japanese food options among the usual oden ingredients.

A hamburg is a burger patty that's served without the bun. Less is more, as they say... If you ask for the lettuce bun at Mos Burger, you’ll find that your dining out options are expanded, only if by just a little!

Most commonly found in the all-mighty FamilyMart, better known to the locals as Famima, this is, at its essence, a fried chicken breast with no bread crumbs, making it a strong contender for a quick rush-hour breakfast or guilt-free snack. With only 6.7g of digestible carbs, this is a staple food for those going low-carb in Japan. Check out this Reddit thread for the nutritional info of their chicken steaks, and the FamilyMart website for more info on their hot tray products.

Often served as a component of teishoku set meals, you can rest assured that miso soup is a keto-friendly dish. Made with fermented soybean paste and often including cubes of tofu, miso soup is a protein-packed option that complements any Japanese meal.

Edamame are vibrantly green, young soybeans that often come served in the pod at izakaya gastropubs across Japan. They can also be purchased in the freezer section of Japanese grocery stores, and are a great snack to have on hand. Just boil them and sprinkle on some salt for a quick and simple dish you can graze on between meals. 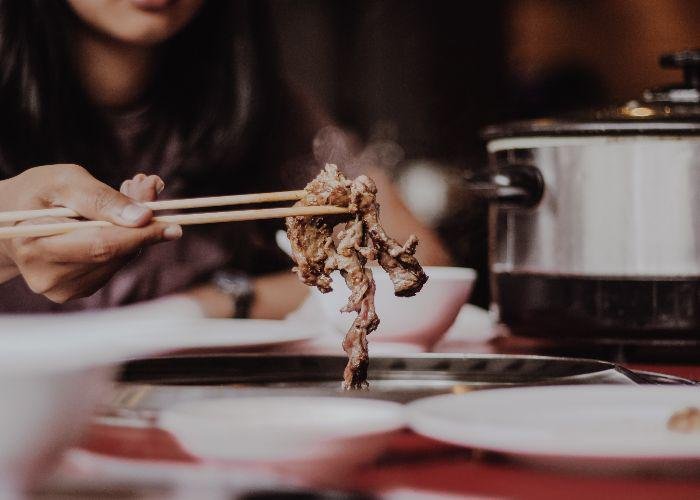 As they are not strictly Japanese foods, but rather foods that have taken off here in Japan, I didn’t want to put them on the list above but feel they’re just too good not to mention.

Chinese Lamb BBQ - Found predominantly in areas such as Shinjuku and Ikebukuro, this is quite a refreshing change to the everyday keto foods available in Japan. Usually made with a mix of spices and chili oils, this dish is certainly one that would entice individuals that enjoy their food with a burn.

Samgyeopsal - Korean pork belly BBQ, to be wrapped in lettuce or perilla leaves and eaten with an array of pickled side dishes and condiments.

Otsumami Kebab - Most kebab stands in Japan will have the option of giving you kebab meat on a bed of salad. Depending on the shop, this can do from mediocre to sublime. As long as you read up on the sauces (or bring your own), this is a great addition to your low-carb diet. 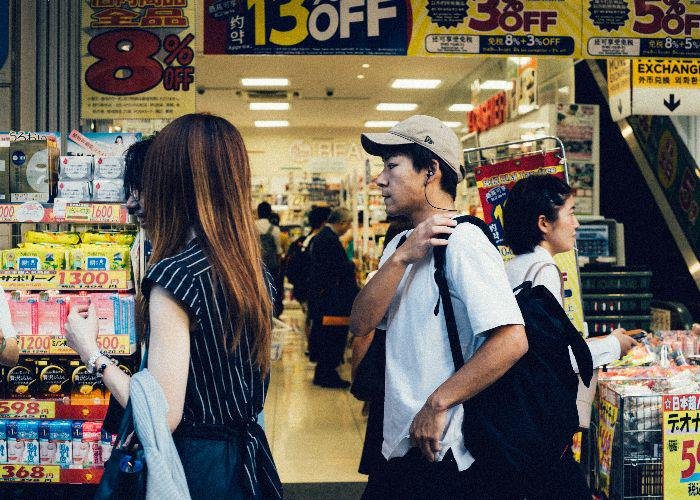 As you can see above, working out Japanese nutritional labels is no picnic in the park.

Tansuikabutsu 炭水化物 (carbohydrates) and toshitsu 糖質 (carbs from sugar) are the words you have to look out for; if either of these goes over 50g during the span of a day, you are not having a very successful keto day. 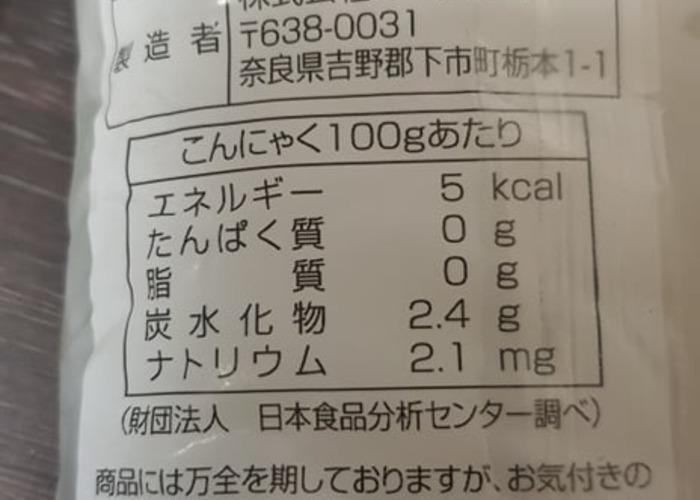 Usually found in the frozen aisle, cauliflower rice is exactly what you'd think, a very delicious keto alternative to rice which also goes very well with cheese. The famous Japanese curry chain, Coco Ichibanya, also known as Coco Curry, has also started serving this product to its health-conscious customers. Cauliflower rice is sold in most large supermarket chains, but if you’re struggling to find it, you can get your supply from Rakuten!

The miracle comes from the fact it contains nigh-on zero calories alongside being fat-free, gluten-free, protein-free, and sugar-free. It gets its unusual superpowers from its rather high abundance of fiber which the body finds difficult to effectively digest. Shirataki noodles are usually sold in a sachet full of water in the chilled section of supermarkets. On a side note, be sure not to mistake konnyaku noodles with its rather similar-looking cousin 春雨 (harusame), glass noodles, which are significantly higher in carbs. 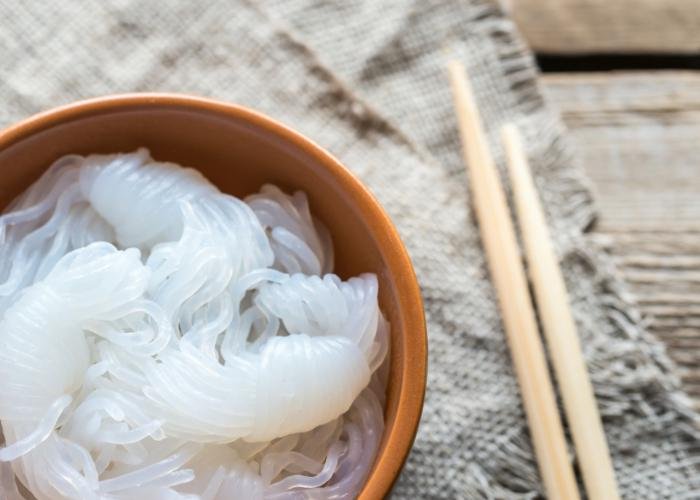 A Few Last Tips for Maintaining Ketosis in Japan 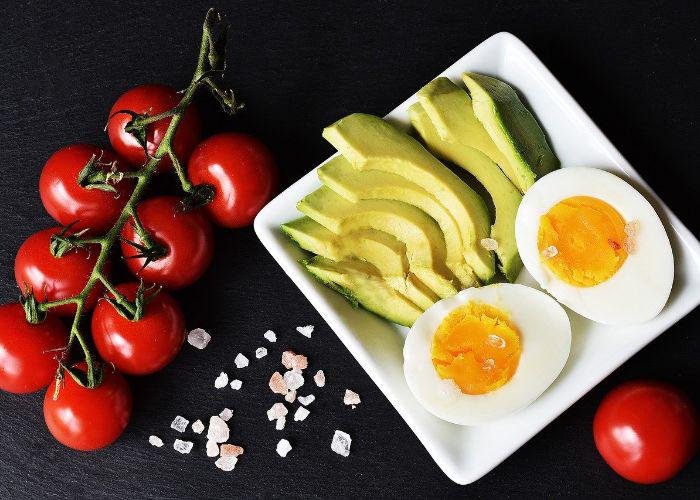 That’s about it when it comes to maintaining a ketogenic diet in Japan. I hope you learned something! Although not a country that particularly caters to various types of specialized diets (especially that of the low-carb varieties), there are still some solid methods of keeping yourself on track and enjoying yourself in Japan.

To summarize, it is more difficult to be keto in Japan than in other countries, but by no means impossible. Take advantage of low-carb hacks such as the 単品 (tanpin) and おつまみ (otsumami) menu to stay away from large volumes of carbohydrates and stay wary of the 炭水化物 carbohydrate value on the labels of products.

Keeping up with the Reddit group, “r/ketoJapan” will also give you ongoing insight into the newest products and the up-to-date info on everything that is keto in Japan and I fully recommend it to people who are interested in getting new ideas on how to stay keto in Japan.

We strive to be as accurate as possible and keep up with the changing landscape of Japan’s food and travel industries. If you spot any inaccuracies, please send a report.
10
Click clap if you like this post
Ross McFarlane
Hello Readers, my name is Ross, I have been a resident of Kanto for 3 years living in all 4 prefectures; Tokyo, Chiba, Kanagawa and Saitama. Through these experiences, I have accumulated a myriad of delectable eateries and venues which I am very excited to share with you.
SEE ALL POSTS
You may also be interested in
Tokyo