What to Eat in Fukushima: The Home of Soba

Fukushima is the third largest of Japan’s 47 prefectures covering 150 kilometers from the Pacific Coast high into the mountains of Honshu. It can be reached in just over an hour from Tokyo and is abundant with the natural beauty of hot spring waters stretching from the volcanic mountains to the lake-speckled Bandai Plateau. While you’re visiting, you can engage in many outdoor activities such as fishing, skiing, and fruit picking, depending on the time of year.

There is still an exclusion zone in place after the 2011 disaster, but it only applies to a small fraction of the prefecture. However, don’t let that put you off, as the area has a lot to offer in ways of natural beauty and food. The local dishes that form the Fukushima Prefecture are unique and have become some of the most popular and well-loved across the whole of Japan. So, read on to hear about what to eat in Fukushima, from celebratory soup, dried fish, nationally loved noodles, and ramen that is unique to Fukushima food culture.

What to Eat in Fukushima

Here are some must-try local Fukushima delicacies to eat during your trip! 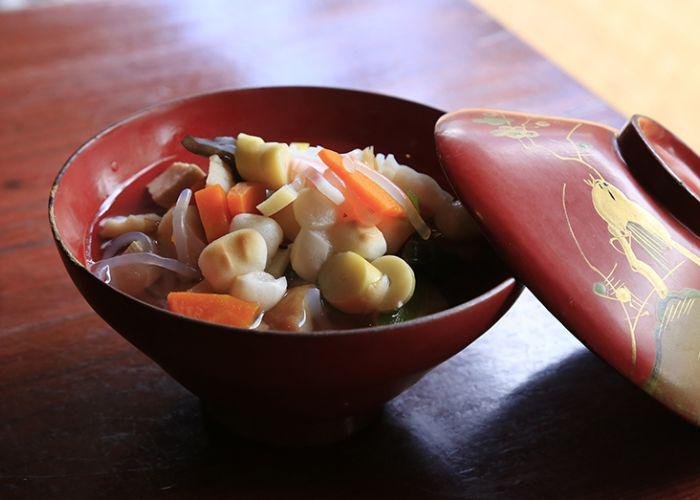 Kozuyu is a traditional soup that is usually served on special occasions such as birthdays, Oshogatsu (Japanese New Year), religious festivals, and other ceremonial occasions. Each family has its own recipe which they pass down from generation to generation. The soup originates from Aizu, which is one of the three regions of Fukushima Prefecture. The primary ingredients of kozuyu include carrots, bamboo shoots, mushrooms, dried scallops, wheat gluten, soy sauce, konnyaku jelly noodles, and salt. These ingredients combined make a just cause for its own celebration that is sure to nourish your soul from within. 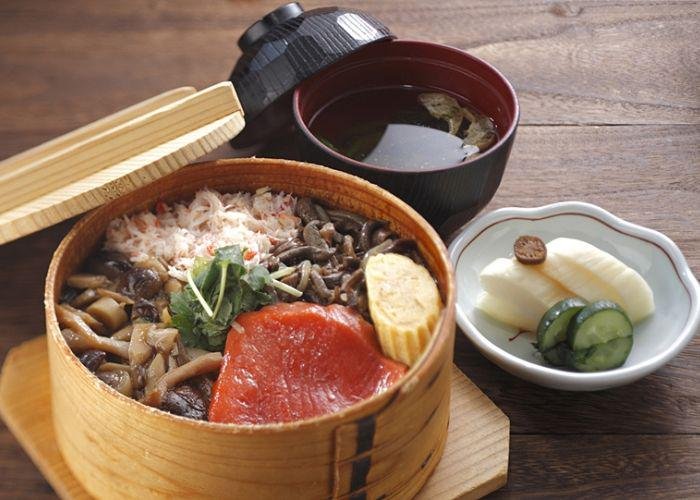 Wappa meshi is a traditional, seasonal rice dish, served in a special container called Magewappa, which is where the dish gets its name. The container is made from thin wooden sheets, a lot like bamboo, and it’s very popular among locals. The composition is similar to the modern-day bento box, which was used by local woodcutters of Hinoemata Village to store their lunches for over 600 years. Inside these wooden containers is steamed seasoned rice. The dish is made by cooking the rice three-quarters of the way, adding seasoning ingredients, and then steaming the rice again for the last quarter. It’s usually topped with a variety of seasonal fish and vegetables. 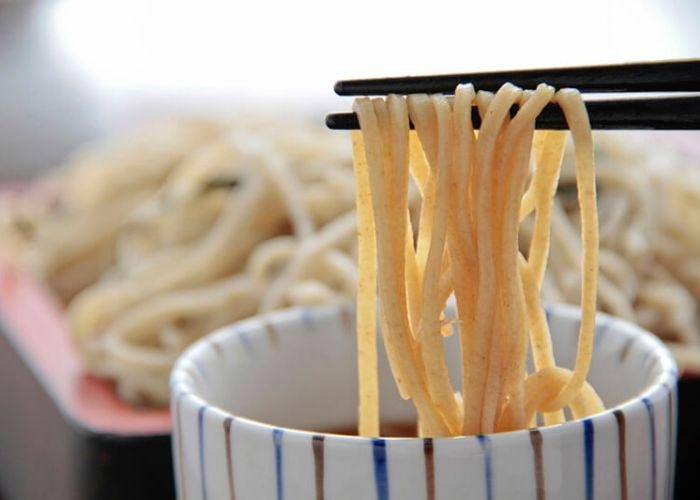 Aizu soba is special to the Aizu region where the rich soil is perfect for producing high-quality buckwheat; due to this, Aizu is known as the birthplace of soba! The noodles have the perfect balance of fragrance and flavor. The fresh buckwheat season lasts from the end of October to the middle of December but if you’re not traveling during these months don’t worry, as the soba is available all year round, and all across Japan. 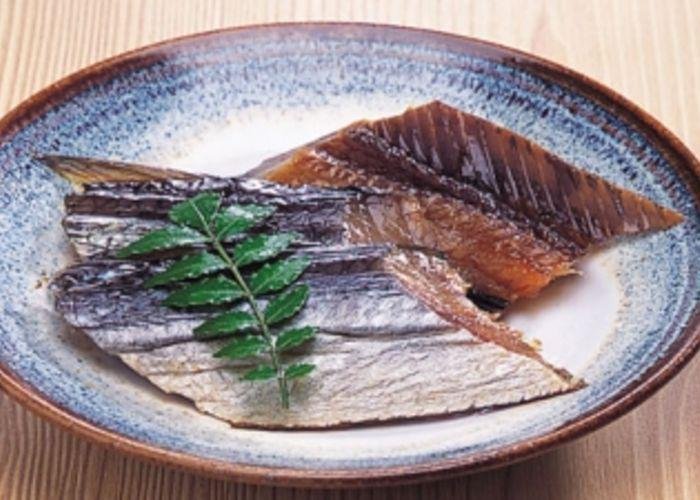 Nishin-no-sansho-zuke is herring pickled with sansho peppers. This dried fish dish is great when paired with sake. It’s made first by cleaning the fish and drying it. The filets of fish are then layered with sansho pepper leaves and picked in a liquor made from soy sauce, sake, sugar, and vinegar. This pickling process gives the herring a complex flavor with a sour taste and strong aroma. It’s typically served on a special traditional ceramic bowl which is made by local craftsmen in Aizu. 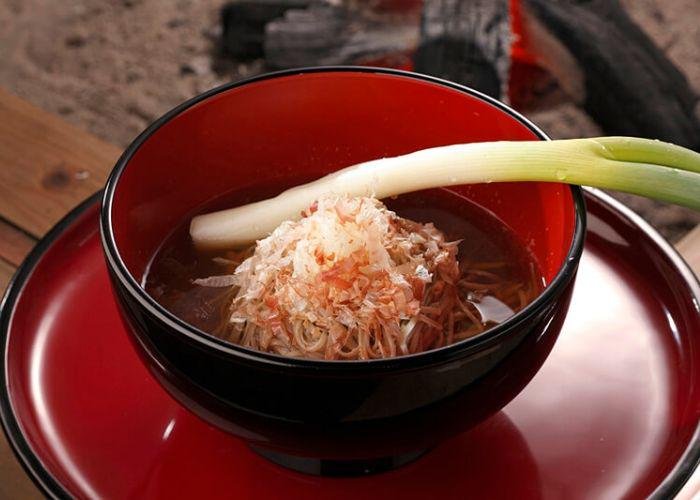 Negi-soba is soba that originated from Takato, so it is also known as Takato-soba. The story behind this soba goes like this: Prince Masayuki Hoshina returned to Aizu from Nagano Prefecture along with someone from Takato; this man introduced the people of Aizu to the practice of eating soba with grated daikon radish. From then on it was referred to specifically as “Takato-soba.” Many years later, the Misawaya restaurant owner in Ouchi-Juku came up with the idea of eating Takato-soba with a long spring onion in place of chopsticks and it is used to also build up the flavor, resulting in a refreshingly light hit of onion. It’s certainly one Fukushima food that you don’t want to miss out on. 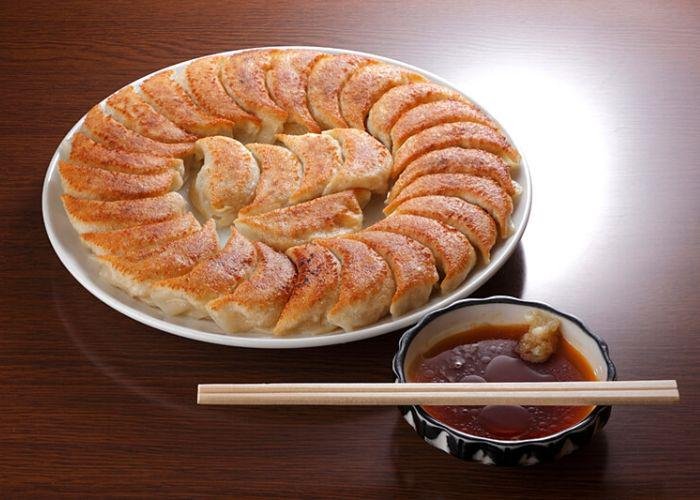 Enban gyoza is unique from other Japanese gyoza as they are a lot crispier. They’re arranged and cooked on a circular hotplate and come in a variety of delicious fillings such as vegetables and pork. 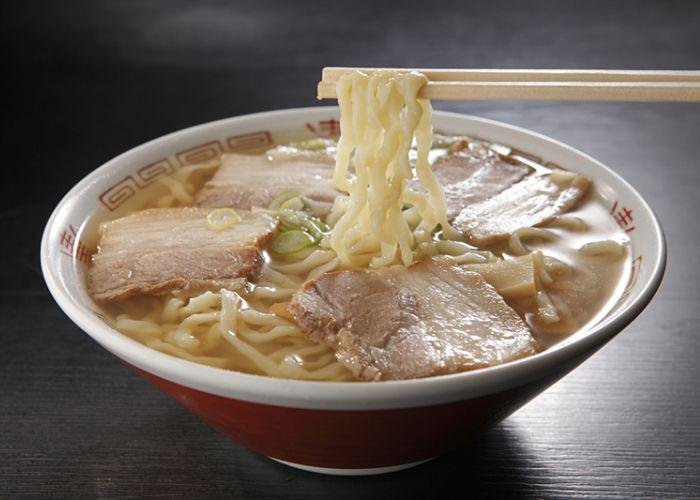 Kitakata ramen is one of Japan’s three most popular ramen, along with Hakata ramen and Sapporo ramen. Kitakata is a city within the Fukushima Prefecture and its home to the most ramen stores per capita. The ramen has a soy sauce base and the stock made with tonkotsu (pork bones), niboshi (sardines), and sometimes chicken and vegetables. It’s topped with chashu (thin slices of pork), spring onion, fermented bamboo shoots, and sometimes narutomaki, a pink and white swirl of cured fish cake. 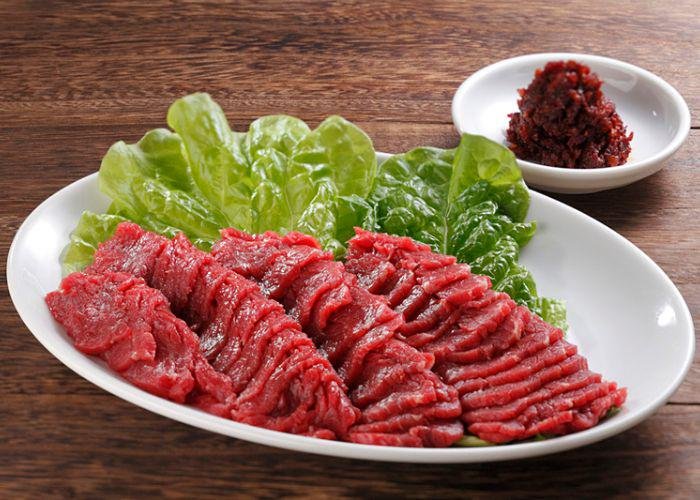 The popularity of horsemeat cuisine in Aizu is due to the fact that there were many packhorses that inns and shops used to carry customers and goods back in the days when Aizu was a post station on the Echigo highway of Edo Japan. The dish is best enjoyed raw like sashimi and eaten with kara-miso (hot soybean paste). Rikidozan, a widely known and popular professional wrestler, is thought to have started this practice many years ago when he came to Aizu on a tour. He ordered the horsemeat raw and ate it along with some kara-miso, which he had brought with him on tour. From then on, it was widely popular within the area.

Fukushima is a place full of natural beauty and ancient stories that are reflected in their traditional foods. When visiting it would be rude not to engage in the tasty Fukushima cuisine, particularly when you’re in the birthplace of soba! With byFood’s guide on what to eat in Fukushima, you can be sure that you are making the most of your visit to Fukushima Prefecture.

We strive to be as accurate as possible and keep up with the changing landscape of Japan’s food and travel industries. If you spot any inaccuracies, please send a report.
0
Click clap if you like this post
Georgie Morgan
Georgie is a photography enthusiast, ramen obsessed and a self-confessed travel addict. She has visited 49 countries and counting and enjoys eating her way around the world trying unique foods that are specific to each country and region she visits. She hates breakfast food, loves spicy food and can eat eight tacos in two minutes.
SEE ALL POSTS
Stay in the Loop!
We are always discovering the latest foodie trends.Sign up to receive insider tips about the food scene in Japan's most extraordinary areas.