A different take on your usual bowl of ramen, tsukemen is a style of noodle dish in Japan where the broth and the noodles are served separately. The noodles are dipped into the concentrated soup, and then you can slurp, slurp, slurp away!

Tsukemen is a pretty young invention, coming about in the '60s and quickly becoming a popular take on Japanese noodles. Not just limited to ramen, dipping soba and udon can also fall under the tsukemen category.

Usually, the broth is served hot, while the noodles are cold and will be warmed up as you dip away. The broth also tends to be a bit more concentrated than usual, more akin to a thick dipping sauce. You can get supuwari (additional dashi--soup stock--to add to the broth to water it down to a drinkable consistency) once you’ve finished your noodles.

Alternatively, you can ask for kaedama, an extra serving of noodles, to go with any leftover soup if you’re still feeling hungry.

With all kinds of styles and broths to be tasted in Tokyo alone, experience this dipping noodle for yourself and try one of these 6 top tsukemen places in Tokyo!

Here are some shops we recommend for tsukemen in Tokyo. 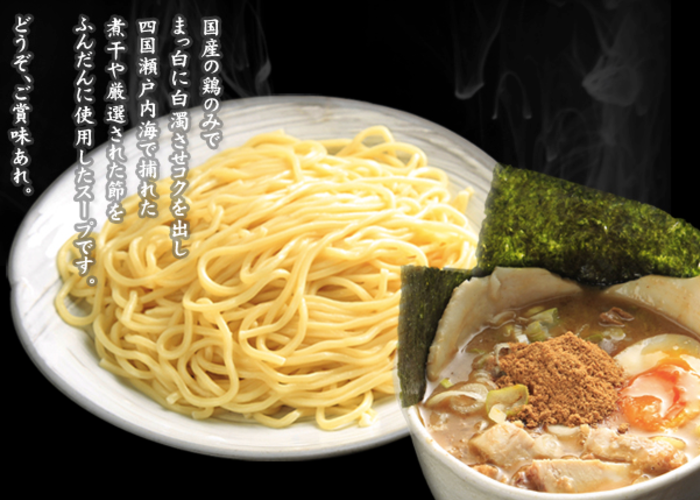 It’s extremely popular so prepare to wait a long time, however, Fuunji is considered to have one of the best tsukemen in Tokyo. Despite being in a hidden location you can’t miss the line; but don’t be disheartened, as the turnover is fast.

This small restaurant serves two types of ramen and two types of tsukemen, made with a slowly simmered chicken broth featuring chunks of mouthwatering pork belly. The soup has a salty, smoky bonito powder on top which complements the broth, intensifying the delicious flavors as you mix it in. Go for the deluxe special tokusei tsukemen, and you can upgrade the size of your noodles at no extra cost. 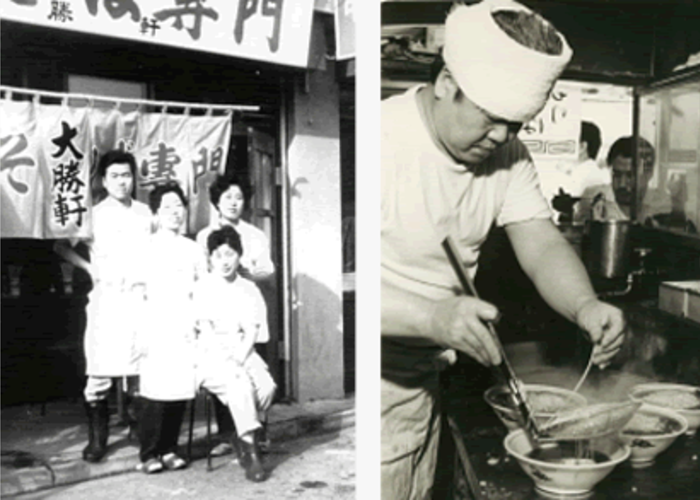 Taishoken is the original restaurant where tsukemen first began.

The original owner and chef, Yamagishi-san, got the ball rolling on the tsukemen craze in 1961, when he invented a dish named morisoba. It was Chinese-style noodles dipped in a separate soup, an ingenious creation for only 40 yen per bowl at the time. It has since continued to gain popularity until this day, now with a cult following.

While Yamagishi-san passed away in 2015, the legend of his tsukemen lives on, with fans lining up for a chicken-and-pork-based soup matched with handmade noodles. Using niboshi (dried sardines) and fish powder, the soup is a bit spicy with a sweet and sour flavor, sweetened with vinegar and balanced with soy sauce.

Close to Tokyo Dome, Mensho Tokyo specializes in an unusual soup stock made from lamb and pork.

Mensho Tokyo gives us a modern take on tsukemen, unlike the historic Taishoken. As you walk through a bright red noren curtain and under a sardine chandelier, you'll find the store even has a research lab room dedicated to the study of tsukemen.

Be sure to try their lamb tonkotsu tsukemen. The lamb itself is sliced thinly and served chashu-style over the tsukemen noodles, specially seasoned with spices and lemon, and then slow-cooked. The lamb melts in your mouth, with flavors developing as you chew. The noodles are aged for a day for extra chewiness, and you can add green tea powder as a condiment to impart a hint of bitterness.

The main event, however, is the specialty kakuni topping: tender and delicious pork belly slices. Literally meaning “simmered squares,” the pork belly pieces are juicy and flavorful, perfect alongside some simple bamboo shoots and an egg.

Menya Musashi has its main popular branch in Shinjuku as well as others spread throughout Tokyo. 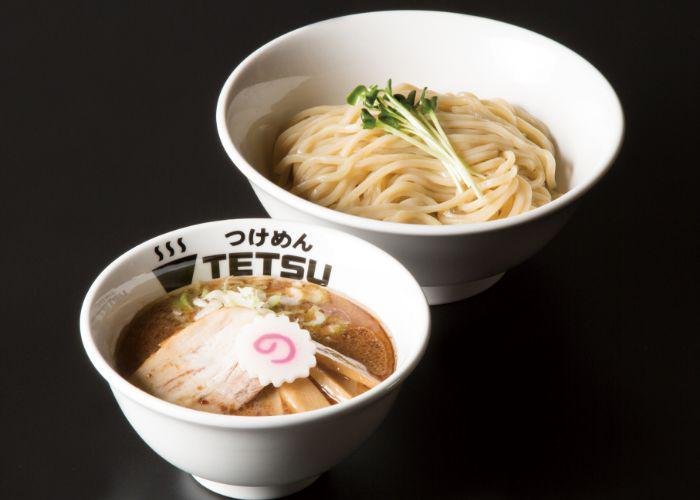 Tsukemen Tetsu, a popular chain for tsukemen, has a number of locations throughout Tokyo.

Tetsu specializes in noodles made from a combination of bread and udon noodle flour. The noodles in question are particularly thick, with the store offering regular chilled tsukemen noodles, atsumori warm noodles, or an option of both warm and chilled noodles, tsuke-atsu.

The broth is deep in color and complex in flavor, combining seafood, chicken, and featuring a subtle creaminess from pork bone. You can also ask for a yaki-ishi hot stone to place in your soup, to keep it warm until you’ve finished dipping.

The toppings, noodles, and soup are all served separately. As a final addition, sprinkle in some chili and garlic to your bowl as it really brings the flavor up to the next level. 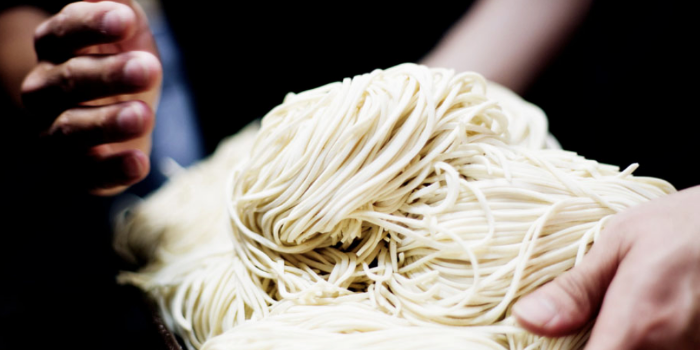 Menya Ittou specializes in seafood tsukemen, and despite not being in a city center area, it’s an incredibly popular tsukemen spot.

Ittou uses a rich seafood and chicken-based broth and noodles that are thick like udon, with a smooth yet chewy texture.

Ittou has a long legacy of great reviews, so there’s always a queue but it’s definitely worth it. It’s recommended to arrive at least 30 minutes prior to the store opening, if not earlier. Proving its popularity as one of the best tsukemen in Tokyo, Ittou even has branches in Taiwan!

Discover tsukemen for yourself at one of these 6 restaurants with the best tsukemen in Tokyo. This is just the beginning of your tsukemen adventure!

We strive to be as accurate as possible and keep up with the changing landscape of Japan’s food and travel industries. If you spot any inaccuracies, please send a report.
0
Click clap if you like this post
Lucy Baker
Never not hungry, Lucy is an artist and foodie from Australia. You can find her hunting for the next delicious deal, documenting her food, or brunching. She lives firmly by the philosophy that food friends are the best of friends.
SEE ALL POSTS
You may also be interested in
Travel Tips