What is a Mochi Donut?

Mochi donuts are sweets made from glutinous rice flour, famous in Japan (and elsewhere) for their soft and pleasantly chewy texture, described by the Japanese onomatopoeia mochi-mochi.

You can easily purchase them in Japanese bakeries and supermarkets, where they can be found in the classic donut form (ring-shaped, with a hole cut out from the center), as a large puff filled with cream or anko, or made up of several little balls forming a circle.

This latter version is very reminiscent of the pon de ring, donuts sold by the large company Mister Donut all over the world. But unlike Mister Donut's pon de ring recipe, which creates their mochi-mochi texture by using tapioca flour, mochi donuts often use shiratamako (glutinous rice flour) instead. 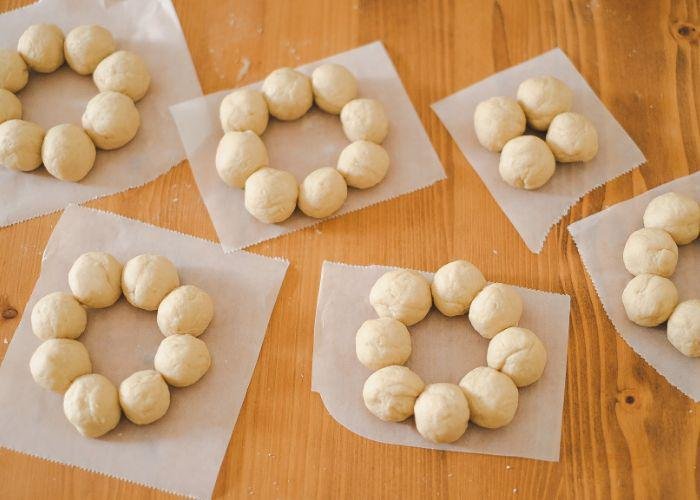 Previously, we've brought you a versatile mochi ice cream recipe as well as a mochi cake recipe, and today we're bringing you another modern variation of the Japanese chewy rice cake! In this recipe, I decided to make mochi donuts in their most famous form, inspired by Mr. Donut's pon de ring, and glaze them at the end with sweet icings inspired by Japanese confectionery: matcha, kinako (toasted soybean powder), and yuzu.

To make the best mochi donuts, texture plays an important role. Part of their softness is due to the cooking process, which involves deep-frying them in oil at around 170 degrees Celsius (approximately 240 degrees Fahrenheit). The temperature of the oil plays an important role as it will ensure that the outer surface does not burn, and that the inside of the donut is cooked to perfection. 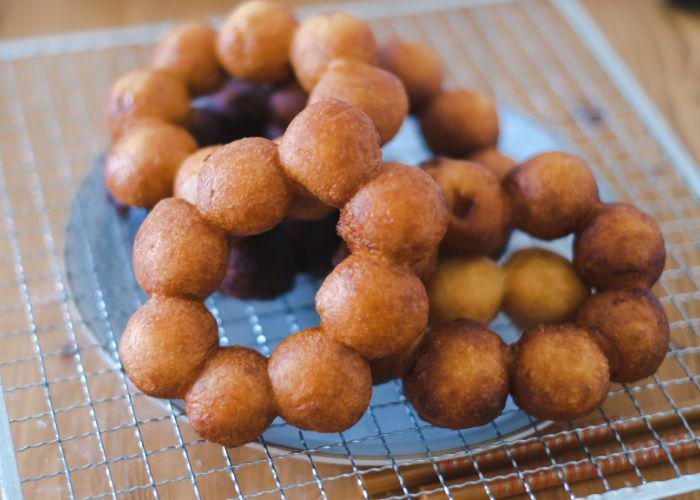 In addition, the cooking time is also crucial for the formation of the donut. To allow the balls to bind together during baking, place them on baking paper and then in the hot oil. After a few minutes, the paper will peel away from the dough, which will keep cooking and bind together. All you have to do is remove the paper from the oil and continue cooking your donuts. 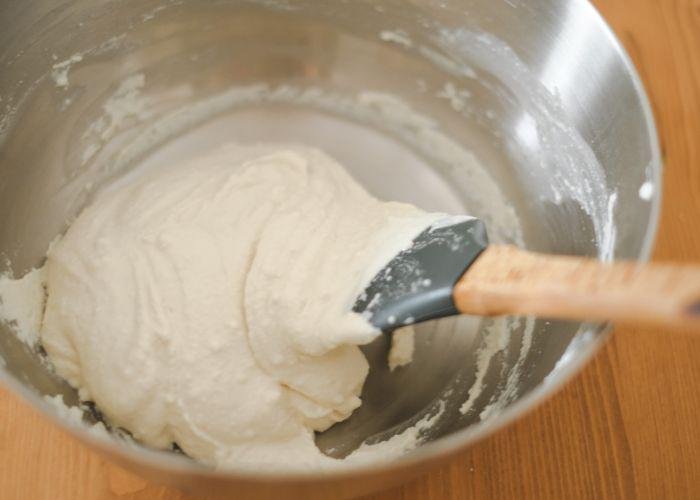 In a bowl, put the velvety tofu (without draining it; I recommend smashing it through a colander to make it creamier and easier to mix) and the shiratamako and mix well. Add the flour, sugar, and baking powder, and mix further. 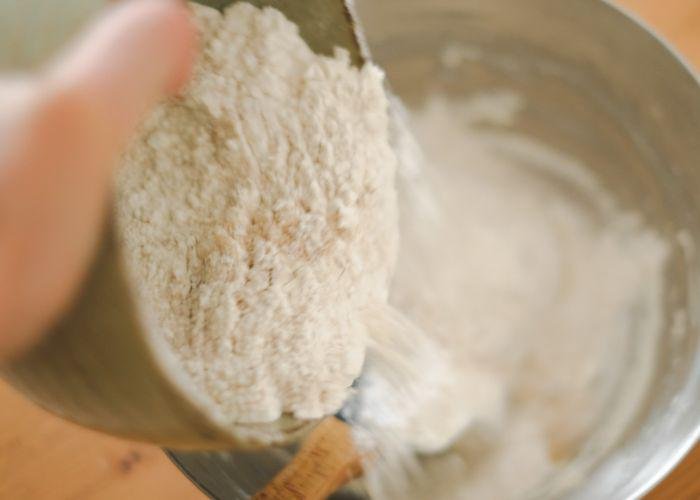 Once the dough is ready, it's time to shape the little balls. I divided the dough into 8 equal parts, and further divided each slice in half to obtain several balls of similar size. 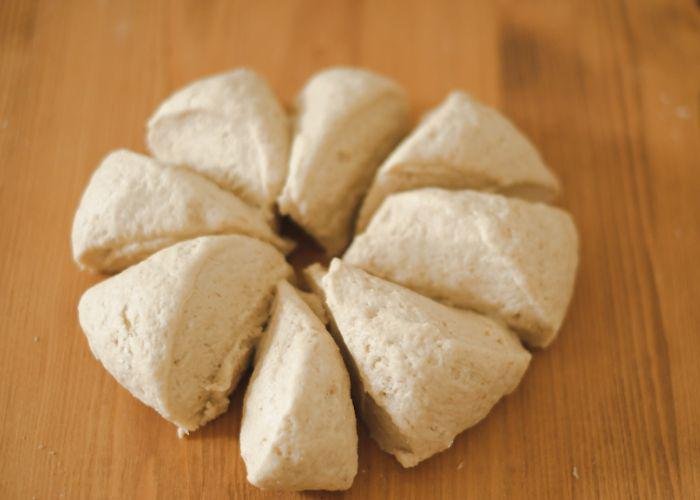 To be more precise, I weighed them (each ball was about 8 g). 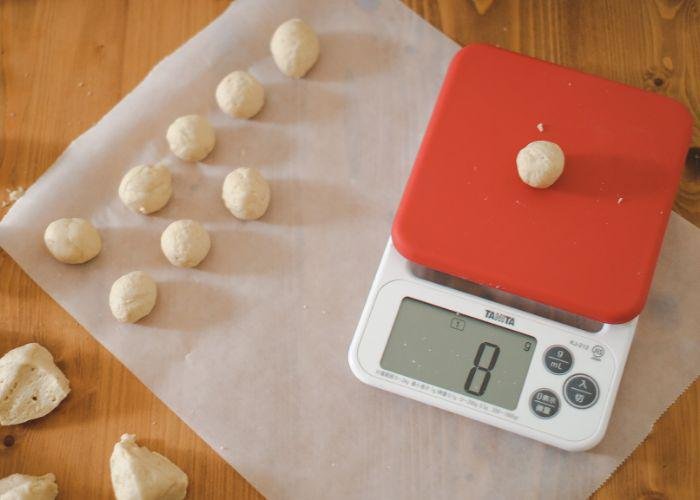 Now, make a circle with 8 balls close together (make sure they are well attached or they will split during baking). Do this by placing the balls on squares of baking paper. 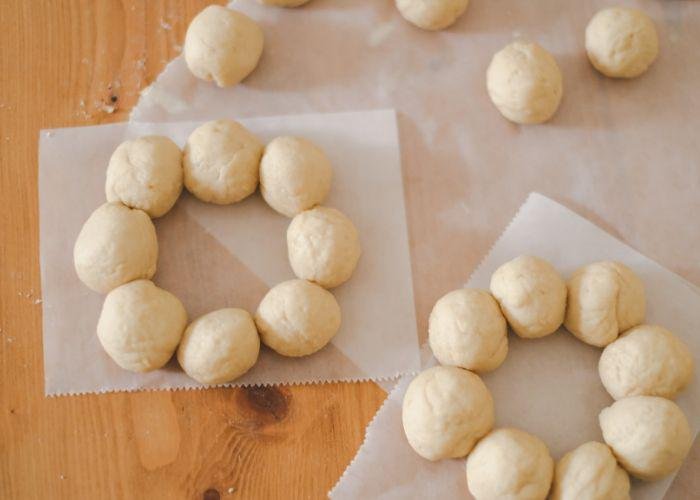 Take a small saucepan and heat the oil over medium heat until it reaches 170°C.

Fry the donuts for about 6 minutes (3 minutes per side) and take them out once they are golden brown.

Place on a wire rack and drain off the excess oil. 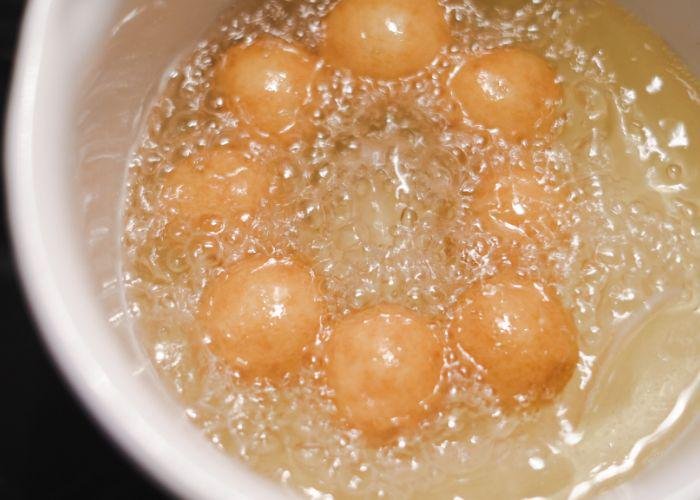 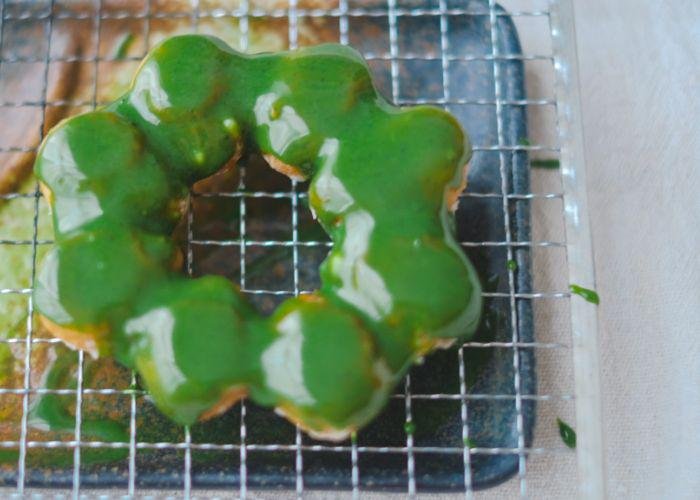 Matcha is now an ingredient that is readily available all over the world. It is a distinctive element of Japanese cuisine, and as such, its use in desserts is a must!

Did you know that there are two different versions of matcha depending on its use?

Ceremonial Matcha: Higher quality matcha, as it is the result of only one harvest per year from the "virgin" leaves of the highest part of the tea plant. The result is matcha with a delicate taste and fine nuances in flavor.

Culinary Matcha: The result of several harvests throughout the year from the lower leaves on the plant. The result is matcha with strong flavors, slightly more bitter, and able to stand out when mixed with other ingredients.

Before buying matcha, think about how you will use it, and always take a look at the packaging!

While the donuts are cooling, break up the white chocolate in a bowl and cook it in the microwave for 2-3 intervals of 30 seconds each. At each interval, remove and stir with a teaspoon.

Once melted, sprinkle in the spoonful of matcha and mix everything together.

Dip the donut in the chocolate, and shake off the excess chocolate. Then, place it on a cooling rack.

Leave to dry and serve. 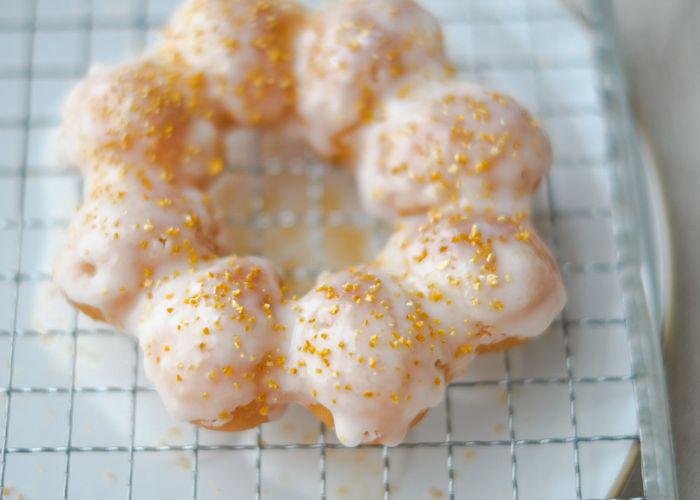 Yuzu is a symbol of the arrival of the cold season here in Japan, and between the months of November and January, it is celebrated in many forms. Yuzu is a citrus fruit that tastes very much like a mix between an orange and a grapefruit.

The largest producer of yuzu in Japan has for years been Kochi prefecture, particularly Kitagawa Village. But given its popularity, cultivation now extends throughout the country.

With the coming of winter, supermarket shelves and sweet shop windows in Japan are lined with yuzu-themed products; from alcoholic beverages to savory snacks, seasonings for meat and vegetables, and even desserts!

While the donuts are cooling, mix together the sugar and yuzu juice until smooth.

Dip the donuts in the glaze, place on a wire rack to remove excess, and sprinkle with grated yuzu peel.

Allow to dry and serve. 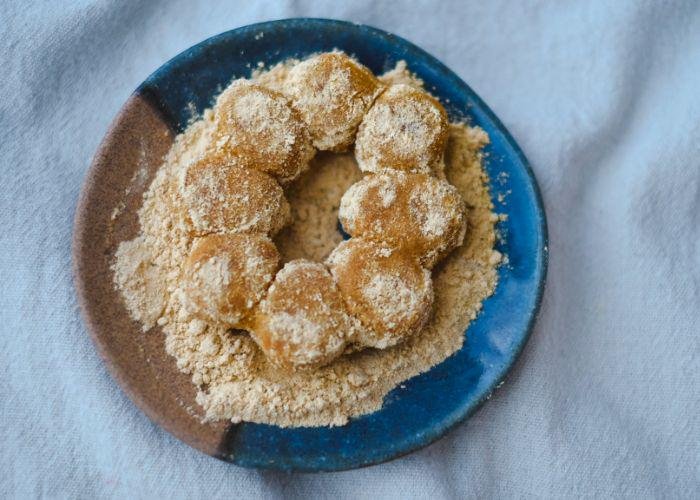 Kinako (literally "yellow powder") refers to soybeans that are roasted and ground into a tasty flour, used mainly in Japanese pastries (like kinako mochi and warabi mochi).

The taste and smell of kinako is similar to that of roasted hazelnuts; quite nutty. It is often mixed with sugar and then used as a topping for various desserts including mochi and, in more modern times, even fried bread!

While the donuts are cooling, combine the kinako powder and sugar in a bowl and mix.

How Long Can a Mochi Donut Stay Good? 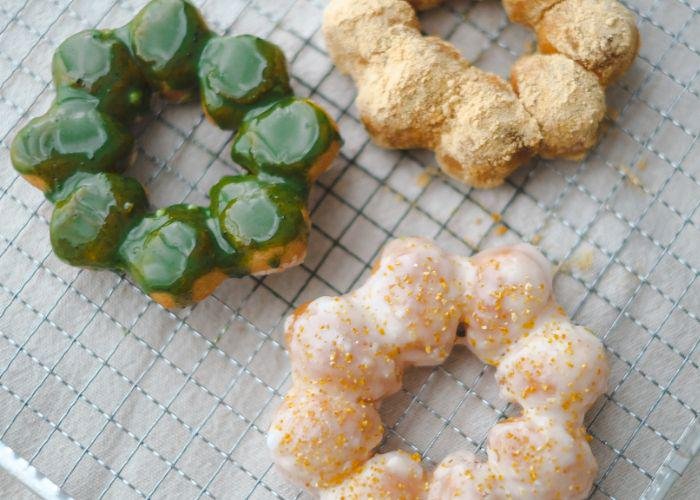 Once cooked, cooled, and decorated; you can cover them in plastic wrap and store them in the refrigerator. It is advisable to eat them within 2-3 days.

If you want to keep them for a longer time: Once cooked and cooled (without frosting or filling), put them in a bag, separating them from each other with layers of parchment paper so they don't stick. Press down on the bag to remove excess air and create a vacuum, and place them in the freezer. Frozen, they will keep for more than a month.

Want to learn how to make traditional Japanese sweets with an instructor? Join the Intensive Wagashi & Mochi Making Course with Mai-san!

We strive to be as accurate as possible and keep up with the changing landscape of Japan’s food and travel industries. If you spot any inaccuracies, please send a report.
0
Click clap if you like this post
Eleonora Badellino
Born and raised in Italy, Eleonora has been a food enthusiast and nature lover since she was a child. After graduating from "Gastronomic Sciences" university and work experience abroad in the food industry, she arrived in Japan intrigued by the culinary culture of Washoku. Destiny made her meet her husband here, and now they live together in the Japanese countryside, with their newborn baby.
SEE ALL POSTS
You may also be interested in
Travel Tips