The yuzu citrus is a cross between a lemon and an orange. Originally from the Yangtze River region in China, it was introduced to Korea and then Japan during the Nara period (710-794). Today, Japanese yuzu is the most common.

It takes ten years for a seed to become a ripe yuzu fruit. Yuzu can resist the cold better than most fruits, which is why it can even grow in the cold Tohoku region. Yuzu trees are harvested in autumn when the fruit is ripe, usually from October until the start of winter. Unripe green yuzu named ao-yuzu can also be harvested in July. Its pulp is acidic and filled with seeds.

Only eighteen percent of the fruit is juice, which is why yuzu rind is more commonly used in cooking. It contains 4.5% citric acid, three times more than a regular lemon. Derived products such as yuzu juice, vinegar, paste, dehydrated yuzu powder, and frozen yuzu puree can be found at Asian groceries. It even exists in candy, tea, and and cosmetic forms!

Yuko: A Variety of Yuzu

This variety of yuzu is native to the Doinokubi and Sotome regions of Nagasaki. When the yuko fruit is ripe, it has a bright yellow color. The rind and the inside of the fruit is edible and have a “sharp and well-rounded flavor” akin to the pomelo. The yuko has a sweet smell. It is most notably used in vinegared side dishes and to flavor sardines.

The fruit played a part in Nagasaki’s history. During the Edo period, a lot of European missionaries entered Japan through Nagasaki's port. These missionaries converted some Japanese to Christianity until the religion was banned by the Edo authorities. Still, some Japanese continued to practice Christianity in hiding. At that time, it is said that French missionary, Marc Marie de Rotz, cultivated the region's yuko to feed the impoverished population of Nagasaki.

In the middle of the 19th century, the yuko became extinct. That is because local farmers started expanding their fields and large residential projects were constructed in zones where yuko trees grew. Fruits were being mass-produced and locals didn’t need the locally produced yuko as much. The yuko was forgotten. In the twentieth century, the people of Nagasaki rediscovered the fruit as it was on the verge of extinction. To keep it from disappearing, locals organized a tree planting festival. To this day, the yuko is naturally produced in the region. It is used in different local dishes according to its thickness, size, and flavor.

In Japan, this citrus is used to flavor soups, hot pots, and steamed dishes. A yuzu sauce called ponzu is made out of soy sauce and yuzu. Unripe green yuzu is used to make yuzu kosho (yuzu salt). It is made out of thinly cut green yuzu, green chili, and salt. This specialty of the Kyushu region is used to flavor soba and salads. Yuzu gama is a dish that uses the yuzu fruit. The top part of the fruit is cut off and the insides of the fruit are scooped up so that a small side dish can be fitted into the fruit. The fruit is used as a bowl, beautifully presenting a dish. It gives off a nice aroma which coats the food inside it. Yuzu-gama is typically served during Oshogatsu (the Japanese New Year) and in traditional Japanese kaiseki cuisine.

In Korea, yuja cha (yuzu tea) is a tea made out of whole yuzu, sugar and water. Whole fruits without seeds are chopped finely and mixed with sugar. This preservation technique called cheong allows the yuzu to be preserved for months. Ginger and honey can also be added. This sort of yuzu jam is then mixed with hot or cold water to create a delicious sweet and fragrant drink. Perfect for winter, it's a great remedy for colds and sore throats.

Australian-Japanese restaurant Kobe Jones suggest using a drop of yuzu in cocktails to give them a nice bitter and citrusy taste. It accompanies oysters well and can be combined into marinades, mayonnaise, and brunoise (a garnish made of finely chopped vegetables). 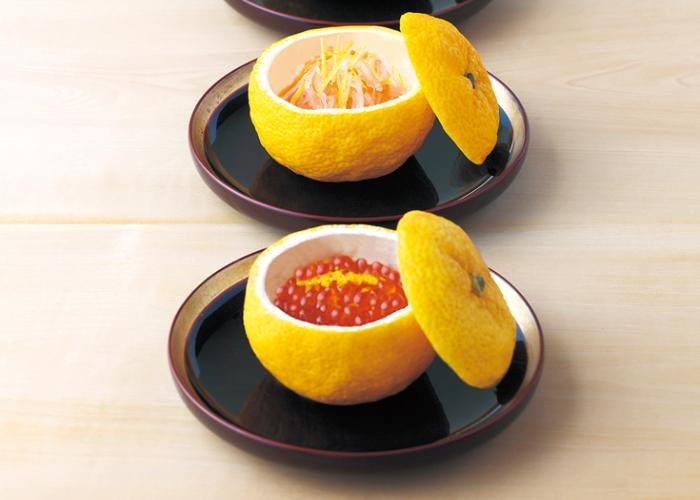 In Japan, it is common to take a yuzu bath during the winter solstice. Whole yuzu fruits or yuzu rinds added to the bath water. The yuzu has many benefits for the body. Its relaxing fragrance stimulates blood circulation leaving you relaxed. In Japan, it is customary to take part in purification rituals such as baths to cleanse and purify yourself. This wards off evil and brings in good fortune. According to legend, you won’t catch a cold if you take a yuzu bath on the day of the winter solstice. This belief probably stems from the word winter solstice (touji, 冬至), which is pronounced the same as the word 湯治, which means to enter an onsen, a Japanese hot spring. The fruit's citric acid and vitamin D improve the skin's complexion. Onsen in Shikoku are filled with the region's abundant yuzu. 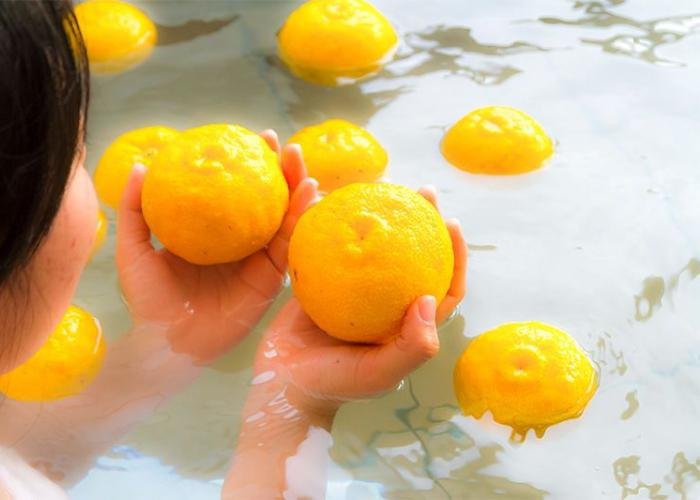 While we don't offer a food tour solely dedicated to yuzu, this famous fruit can be encountered in many Japanese dishes.

Join a ramen expert and try some of Tokyo’s best noodles. While ramen on its own can make a hearty meal, why stop there? This tour will also bring you to Tokyo’s finest yakitori (grilled chicken skewer) restaurants where you can mingle with local yakitori fans. Yakitori can be enjoyed on its own, but with a little yuzu kosho, it reaches new heights!

Tokyo is getting warmer by the minute, but since the being weather unpredictable, you never know when the cold might come back. If you’re shivering and have a runny nose, warm up by having some yuzu shabu-shabu! 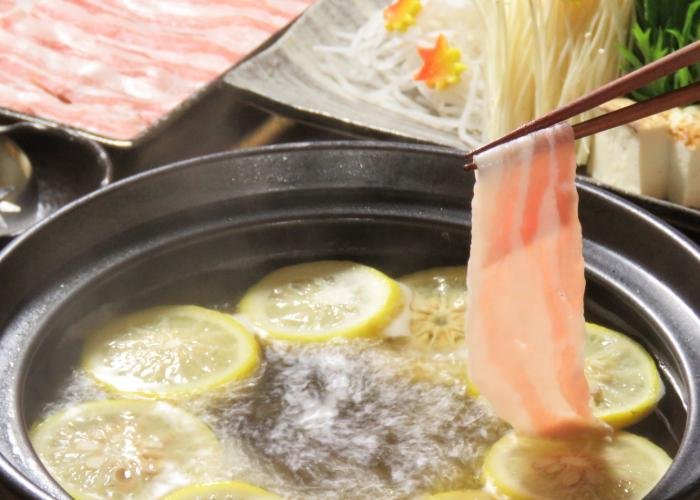 From cooking to Japanese baths, yuzu has a variety of uses and forms. This very versatile ingredient can replace any citrus. Get it from your local Asian supermarket to give your cooking a Japanese kick!

We strive to be as accurate as possible and keep up with the changing landscape of Japan’s food and travel industries. If you spot any inaccuracies, please send a report.
25
Click clap if you like this post
Yan Lasnier
An amateur writer and eggs benedict fanatic studying in Tokyo. On the days he misses the snow and bagels of his native Canada, he cheers up by travelling miles to a great new coffee shop and gets inspired by visiting Tokyo’s many art museums with a preference for the free ones.
SEE ALL POSTS
You may also be interested in
Travel Tips