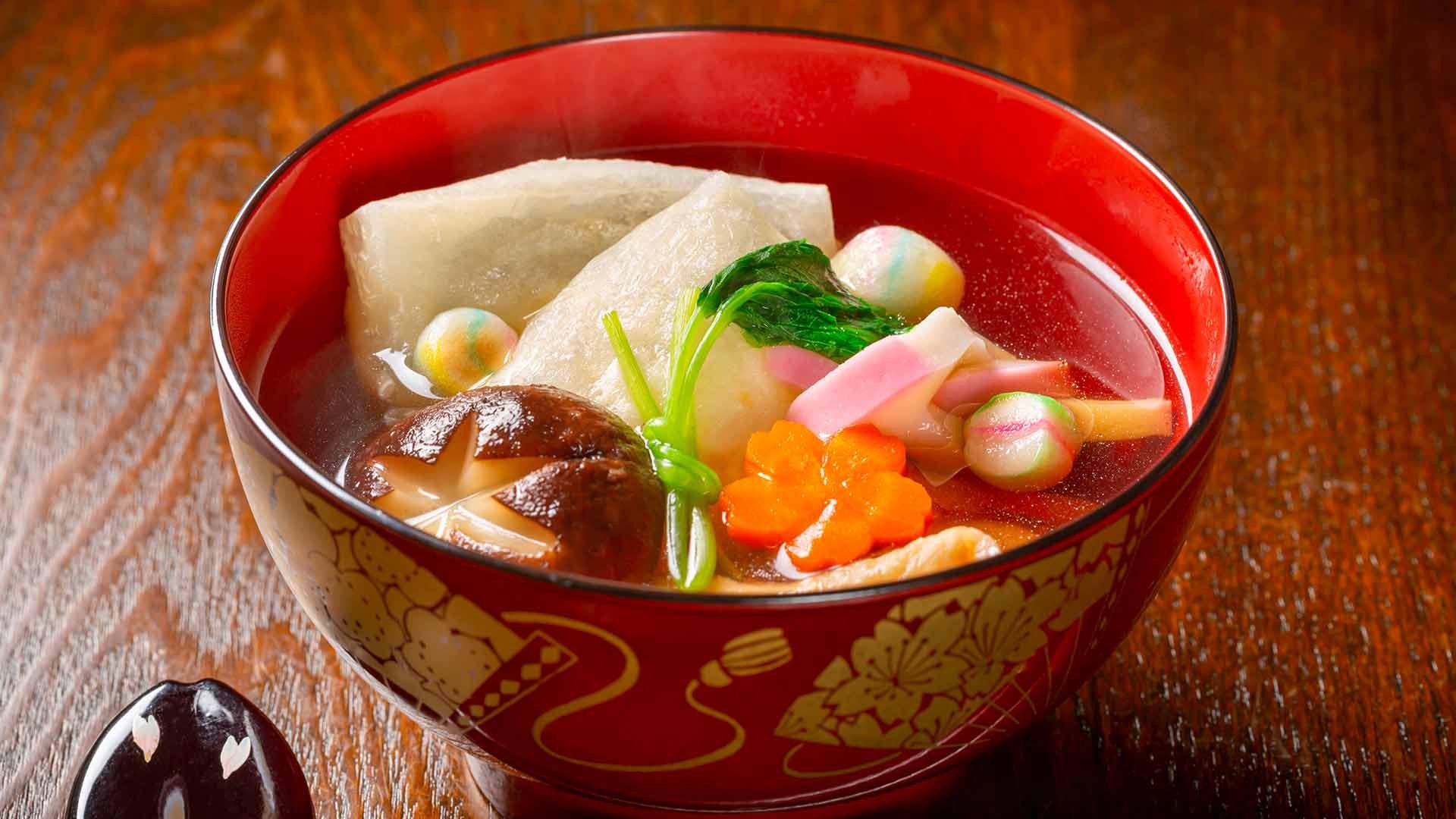 The Japanese New Year might not go off with a bang, more like 108 chimes of a temple bell, but there are plenty of traditions and Japanese New Year foods that you can get stuck into and try if you are spending the winter holidays in Japan. From deep cleaning to card-writing and decorative mochi to colorful three or four-layered bento filled with dishes representing your New Year wishes, Japan is abundant with New Year traditions. The celebrations are probably a lot different from those you have in your home country and typically last from December 31st to January 3rd, with many Japanese people traveling home to spend it with their families.

Here are some common Japanese New Year traditions across the country! 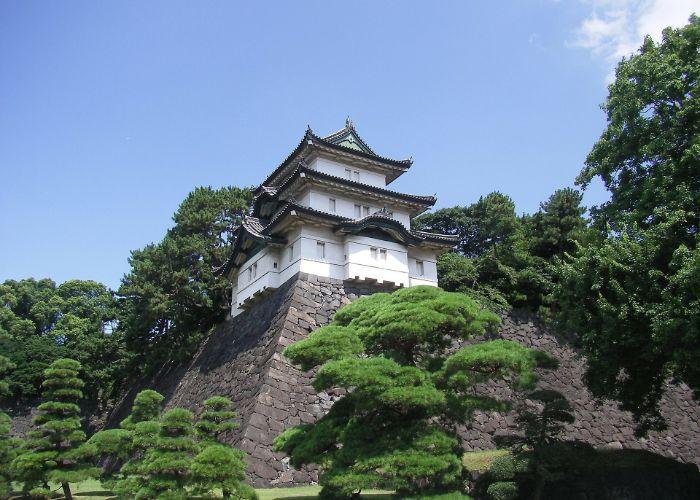 Just before the end of the year, Japanese people participate in a thorough deep clean known as osouji. It’s done in order to welcome Toshigami, the Shinto deity of the New Year. Toshigami is said to bring families good luck and good health for the coming year, but before they can visit, preparations must be done. Doors are adorned with traditional New Year’s shimekazari, a rice straw rope decoration, which results in purification.

The roots of osouji date back to the Heian Era where the Imperial Palace was to be swept of all soot and thoroughly cleaned during the month of December. As well as ridding the household of dirt, it was also believed to be an act as a type of spiritual purification. 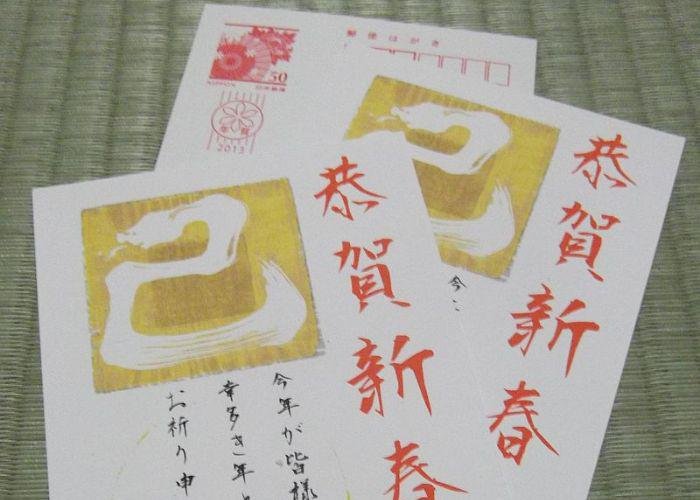 Japan loves to keep it old school (they still use fax) and sending out handwritten New Year’s cards (known as nengajo) is a Japanese New Year tradition, with cards going on sale from October. The recipients of these cards are typically family, friends and sometimes even businesses. Some of the younger generations send digital nengajo, but many look forward to opening the letterbox on January 1st, which is known as oshogatsu in Japan, and seeing an abundance of letters. This is one tradition that’s easy to get involved in if you’re visiting and an excuse to visit some of the stationery and card shops Japan is famous for. 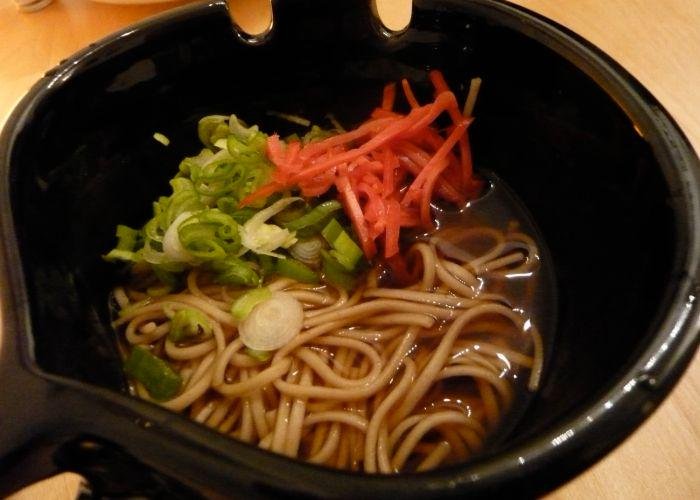 Eating a soul-nourishing bowl of soba on New Year’s Eve is a symbolic act and should be done on December 31st which is called omisoka in Japan. This is because the buckwheat noodles are considered to be propitious and a way of letting go of the past year. Cutting through the noodles when you bite is symbolic of letting go of the last year’s hardships, with the noodle length signifying longevity. Make sure you finish every last bit, as leaving some behind could mean a continuation of bad luck into the new year. Many soba shops will sell bowls that are labeled toshikoshi soba to help you identify this Japanese New Year food.

4. Visit a Temple or Shrine (Hatsumode) on January 1st 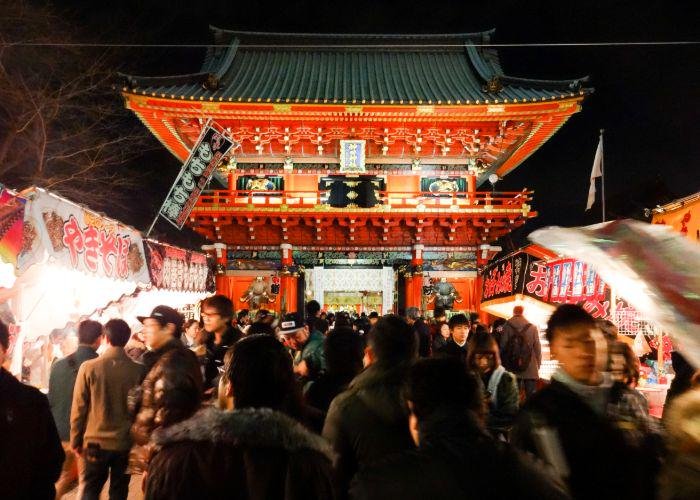 Hatsumode is the first shrine or temple visit of the year, and many Japanese people visit at midnight on January 1st, and if not then, often by January 3rd. Hundreds of thousands commute to their chosen shrine, with trains running through the night over the Japanese New Year. The new year will be rung in 108 times, once for each of the worldly desires, and this typically happens in Buddhist temples, starting in the old year and finishing exactly as the clock strikes twelve. People will line up for hours in order to pay their first respects and prayers of the year, wishing for good fortune and luck. Many like to have their fortune told by buying a fortune slip, known as omikuji and protection charms, known as omamori.

Meiji Jingu is one of the most popular shrines that people visit as it’s known as a “power spot” and if you visit the day before, you can get an idea of the numbers they are expecting by the size of the offering boxes. If getting involved in this Japanese New Year tradition, wear warm clothes, bring some warm food and drink to get you through the wait time, along with friends. Pro tip: hand warmers don’t have to be used just for your hands, and they can help a great deal. 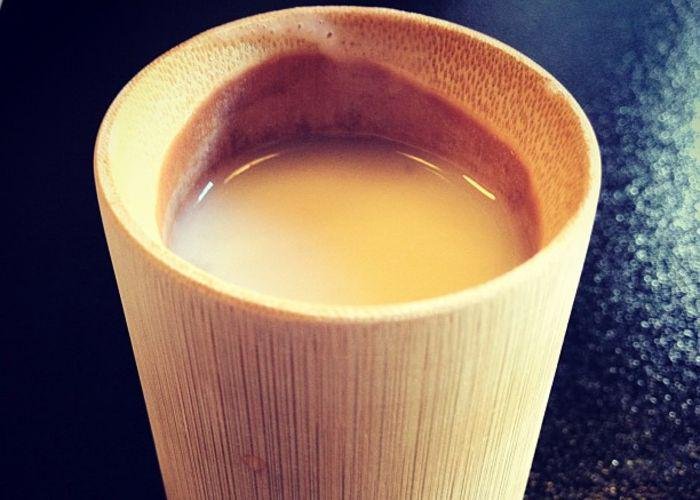 Amazake is a traditional sweet and low, or no-alcohol drink made from fermented rice that has been drunk for hundreds of years (sometimes served spiked with sake). It can be used as a dessert, snack, sweetening agent or in smoothies as well as enjoyed on its own. It is served hot with a pinch of finely grated ginger on top and is served at street vendors, inns, teahouses, and Japanese festivals. Many Shinto shrines also sell it during the Japanese New Year. 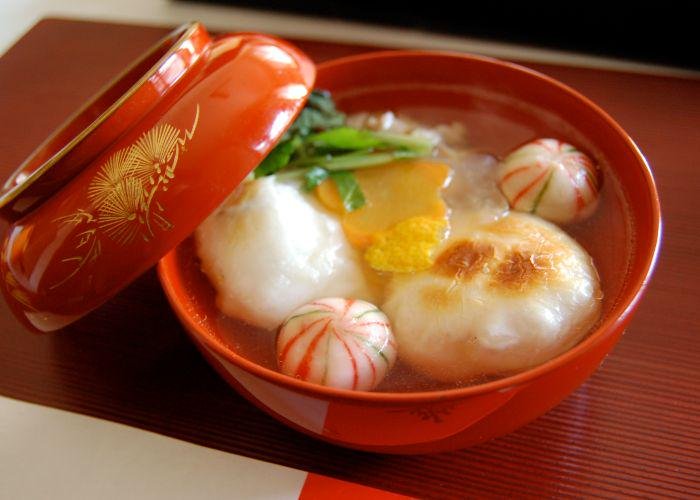 Mochi is a typical Japanese New Year food that is eaten at this time of year. The rice cakes come in all forms, sizes and colors and many shops showing how it’s made with the enormous hammers and assistant flipping it over in sync. Kagami mochi is a decorative mochi, and often translated as a mirror rice cake, despite not looking like a mirror. Mirrors in Japan used to be round in shape and were used for important Shinto rituals as they were thought to be a place where gods reside. The two mochi are shaped like an ancient mirror to celebrate the new year with the gods. On top of the rice cakes, is an orange, called daidai, but mikan, is typically used now. This is because when written with different kanji, it means “over generations” which represents a wish for prosperity for ancestors over generations.

Ozoni is a mochi soup that’s eaten on New Year’s Day in Japan. The preparation for ozoni varies by household and region. The soup has been around since the Muromachi era in the 1300s but started off as a snack accompanied with alcohol at banquets for samurai warriors. The dish is said to bring good luck and was the first thing eaten at gatherings. Although the ingredients vary widely depending on the region, there are three main components of the Japanese New Year dish. First, mochi; the second is dashi, a traditional type of Japanese stock; and third, side ingredients that are typically vegetables, and either meat such as chicken, or fish. 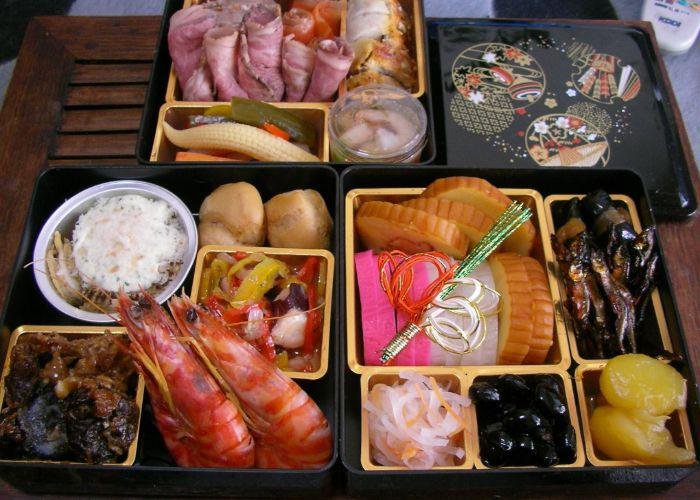 Osechi ryori is a traditional Japanese food that is eaten in the New Year. They are typically served in beautiful bento fashion with three or four layers. This Japanese food tradition is said to have started in the Heian Era, all the way back in 794! Each food item in the osechi represents a different wish for the new year.

For example, ebi (prawn or shrimp), symbolizes longevity as their antennae look a bit like a beard so they are put on a plate to represent a long life until you have a bent back and long beard. Their red color is also said to scare evil spirits away, as well as brightening up the box. Another example is renkon, lotus root represents a happy future without obstacles because when you look through the holes in the renkon, you can see through to the other side without obstruction. For more information on the history and meanings of the foods used, check out our article on osechi ryori. 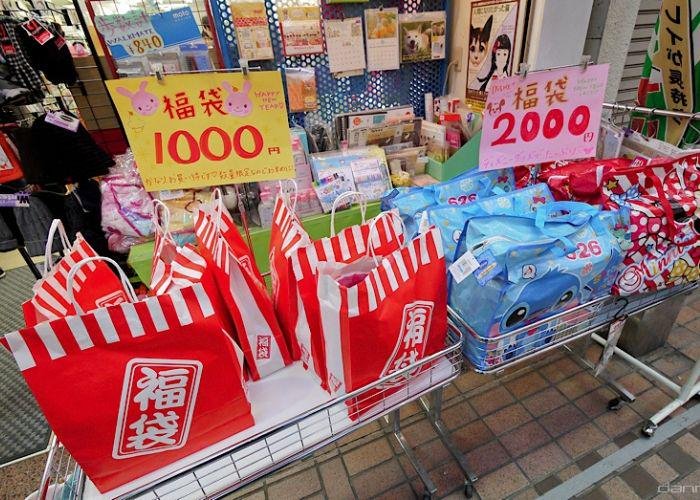 Another Japanese New Year tradition is that of getting a lucky bag, known as fukubukuro. Fuku means luck, fukuro or bukuro means bag. They are sealed bags that are sold at a set price in many shops across Japan, from Starbucks to Isetan. The bags contain various goodies from the store and the contents would usually cost more if you were to buy each item separately. A word of warning, it can get pretty crazy, with some stores opting to sell them online to prevent the crush of people.

So, now you’re educated on all the Japanese New Year traditions and celebrations that take place. There are many that you can get involved in if you are spending the winter holidays in Japan. Why not slurp on some toshikoshi soba while writing out some nengajo cards to send home, followed by walking to a shrine and queueing up for the tradition of hatsumode at midnight to participate in something different from the usual booze and firework-fest. Happy New Year!

Georgie Morgan
Georgie is a photography enthusiast, ramen obsessed and a self-confessed travel addict. She has visited 49 countries and counting and enjoys eating her way around the world trying unique foods that are specific to each country and region she visits. She hates breakfast food, loves spicy food and can eat eight tacos in two minutes.
You may also be interested in