This past Monday, July 20th was the opening of EAT PLAY WORKS, a new luxury multi-purpose building featuring two floors of swanky restaurants and a stylish coworking space for members. We were lucky enough to have a sneak peek (and taste) of its offerings on the Thursday before the opening.

That day, we toured the building and enjoyed a lineup of three tastings at THE RESTAURANT on the first and second floors, housing 17 restaurants from acclaimed chefs (many of whom are no strangers to the Michelin Guide). 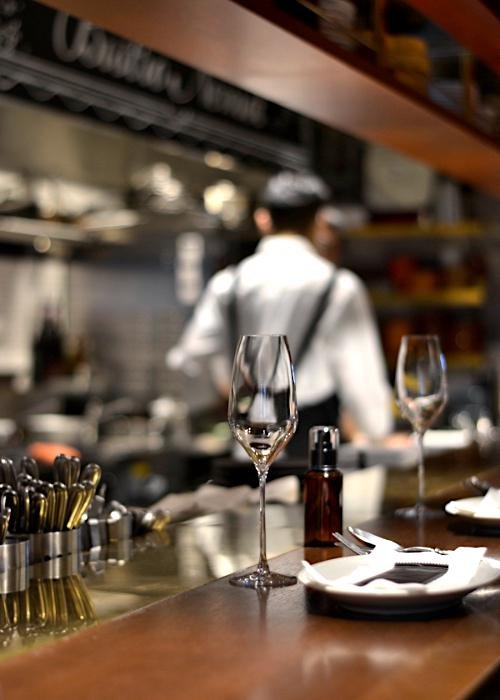 Upon arriving, the Blue Bottle Coffee on the first floor immediately caught our attention. It is notably the first Blue Bottle with an alcoholic menu, giving the opportunity to not only caffeinate on the way up to the coworking space, but also to indulge in a specialty coffee cocktail for an after-work jolt. 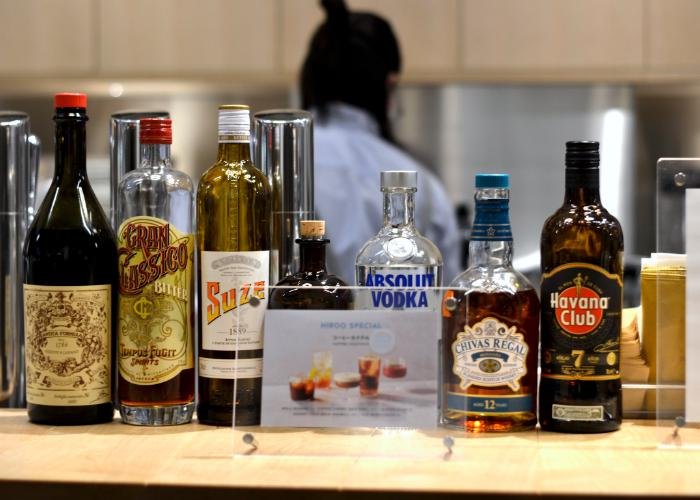 Our first tasting was at the vegetarian restaurant Salam, run by chef Fumio Yonezawa who became inspired by plant-based cuisine while training at the Michelin-starred Jean-Georges Tokyo.

The all-vegan tasting started off with a delicious chilled corn soup topped with crunchy candied pistachio and sumac powder, paired with a sweet and refreshing nihonshu from Nara. The creamy soy yogurt lent a hint of sweetness to complement the tanginess of the sumac. 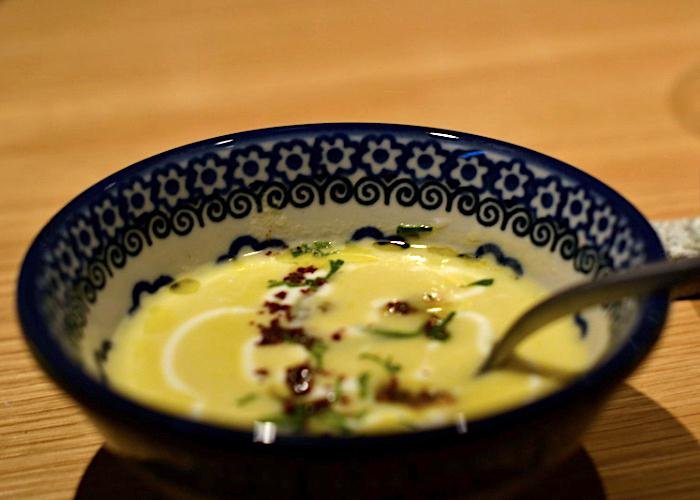 The next plate was edamame falafel on a beetroot spread, served with a dollop of black sesame tahini. We really enjoyed the way they seamlessly incorporated Japanese ingredients for a local twist on Middle Eastern cuisine. 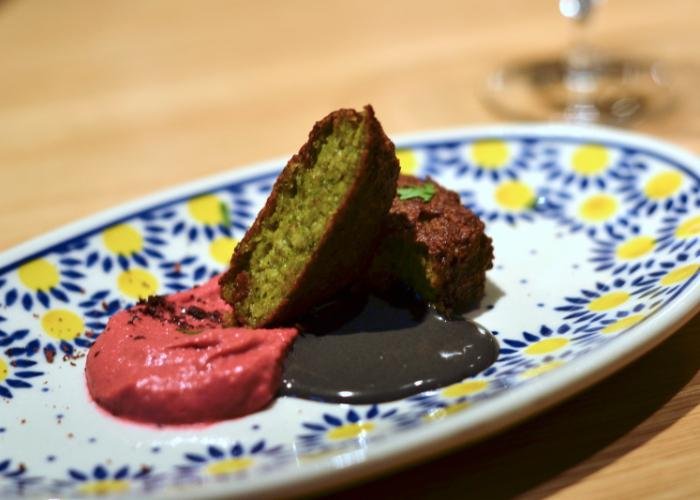 Next up was Bistro Némot for French-inspired cuisine, headed by chef Norihito Nemoto, former sous chef at the acclaimed 2 Michelin-starred L’Effervescence.

We started off with a surprising and inventive dish that celebrates egg in its numerous versatile forms: a hanjuku tamago encased in a crepe, on a pool of creamy emulsified egg sauce. The acidic tang of the herby sauce cut through the overall richness of that perfectly gooey yolk. 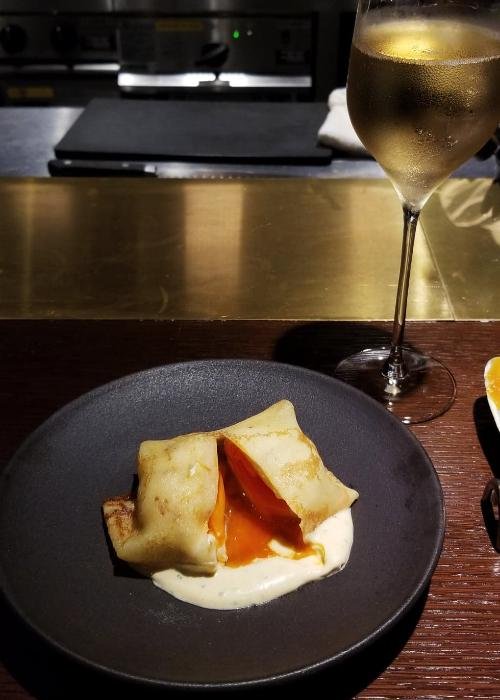 The highlight, however, was the roasted lamb with chorizo-and-cheese stuffed onion which, upon a week of reflection, has still not lost its mouth-watering effect. 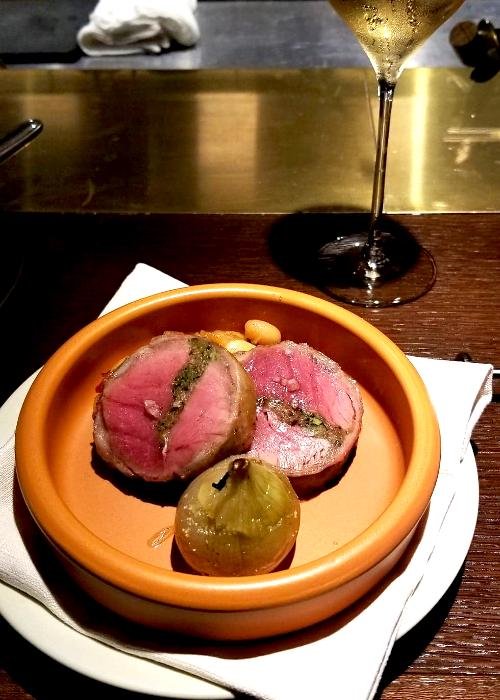 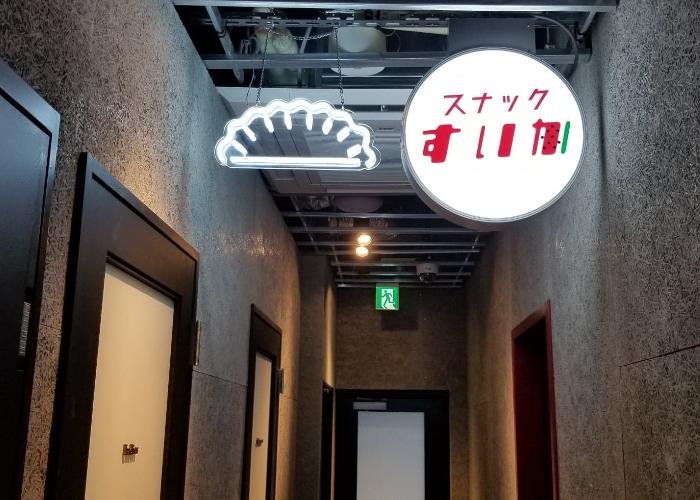 The last tasting was at a hideaway snack bar, tucked in a far corner of the second floor for a literal hole-in-the-wall atmosphere. Stepping into Snack Suica was like entering another world reigned by striking red tartan and silky velveteen chairs, with a disco ball scattering sparkles and a square watermelon sitting unobtrusively in the corner (a nod to the bar’s name “Suica”). 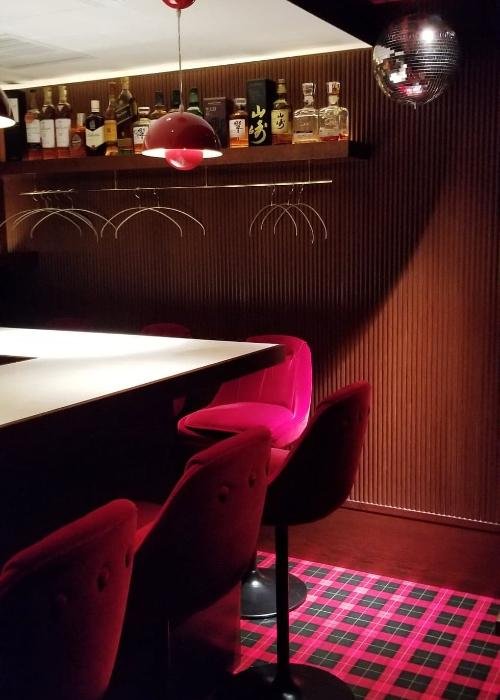 In keeping with the watermelon theme, the cocktail was a concoction of rice shochu and watermelon juice, a refreshing drink for a muggy summer night. And true to Japanese snack bar form, Snack Suica also offers karaoke and izakaya food like gyoza. 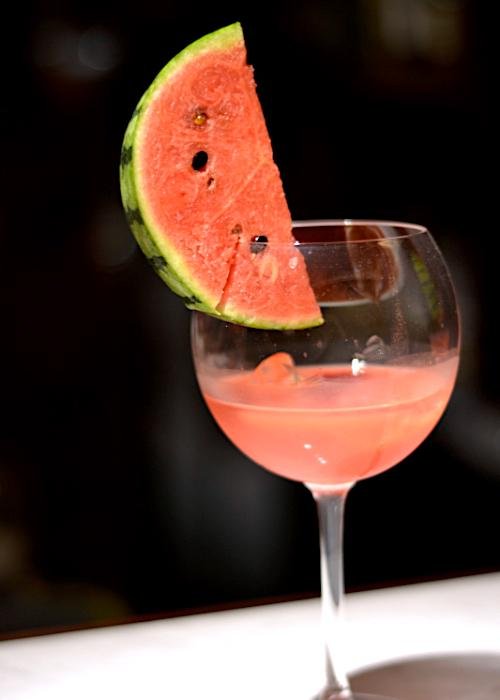 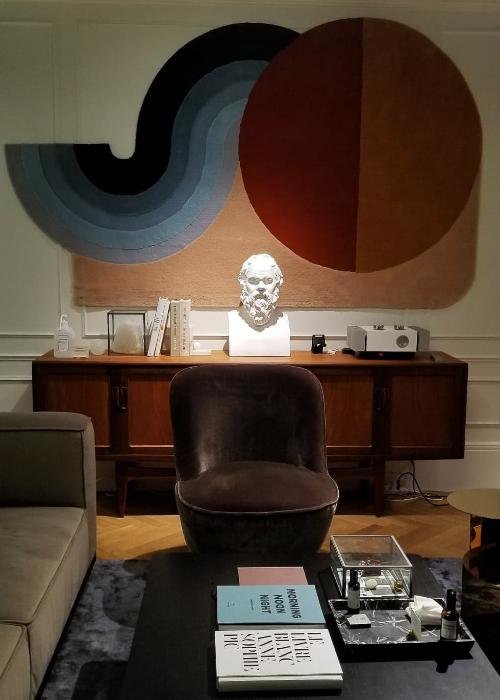 The third and fourth floors are for members only; luxurious spaces for working, relaxing, and socializing. The cozy couches and the bar offered a welcome space to congregate, with free flowing drinks for members (which we were happy to take advantage of). Also impressive was the fifth and sixth floors, with private office spaces and a terrace with cushy bean bag-type seats, where we caught a fleeting summer breeze. 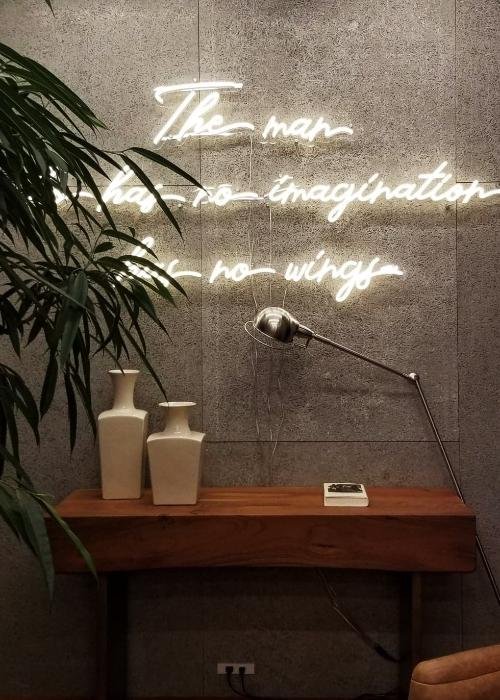 EAT PLAY WORKS combines all the things a busy professional needs for a productive lifestyle with all the works—including free-flowing coffee, open bar, and areas like the open terrace and meditation studio designed for wellness. For the rest of us who aren’t members, we can still enjoy the stylish space and their curated selection of luxury restaurants. It certainly won't be long before this writer will be back for specialty coffee cocktails at Blue Bottle and another serving of falafel.

We strive to be as accurate as possible and keep up with the changing landscape of Japan’s food and travel industries. If you spot any inaccuracies, please send a report.
81
Click clap if you like this post
Rika Hoffman
Rika is a sourdough enthusiast, amateur film photographer, and pun-lover, born and raised in the suburbs of Philadelphia. A carb-based lifeform, she is always on the lookout for tasty bakeries in Tokyo.
SEE ALL POSTS
You may also be interested in
Culture