Around the world, the name “Genghis Khan” conjures up images of great warriors on horseback tearing across the great open plains and steppes of Central Asia, bringing with them the foundations of one of the greatest and most feared empires the world has ever seen! ...Unless you're in Japan, in which case Genghis Khan or Jingisukan has a very different meaning altogether.

Jingisukan is a dish that is unique to Japanese cuisine and hails from Japan's northern island of Hokkaido. One of the main things that make Jingisukan so unique is that the core ingredient of this delicious dish is lamb. While Japanese cuisine, in general, uses a lot of different meats (think pork, chicken, and beef), lamb is not a meat that is used often, and many Japanese find it something of a novelty. 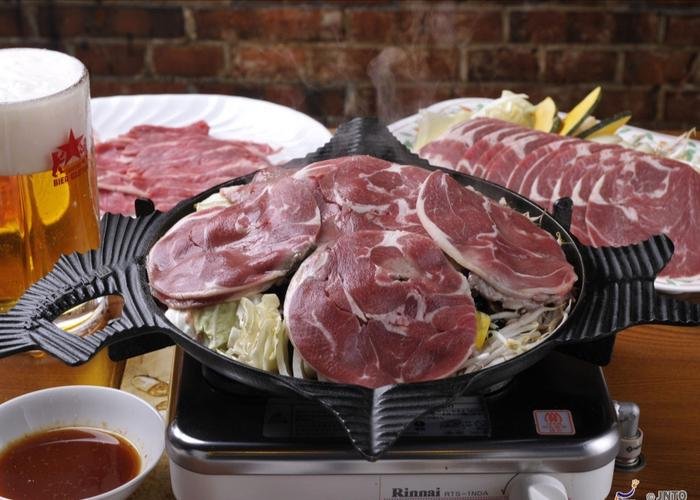 History and Origin of Jingisukan

The dish’s origins are hotly debated, but it is widely understood to have begun when demand for sheep wool increased during the Edo period (1603-1868). During this period, the Japanese government set up sheep breeding ranches around the country with two in Hokkaido, one in Ehime Prefecture, one in Iwate Prefecture, and one in Kumamoto on Japan's southern island of Kyushu. At this time, there was no tradition of eating lamb or mutton, and sheep were only used for their wool, but this changed as it was seen as a waste of meat, and suddenly, the Japanese population’s taste for lamb and mutton was born!

Eventually, due to a rise in the use of cotton and other materials, the demand for wool fell and, one by one, the sheep ranches of Japan were closed, with the significant exceptions of the Hokkaido ranches in Takikawa (滝川) and Sapporo (Tsukisamu - 月寒). It was at these ranches that the dish now known as Jingisukan was born, and where the two regional variations of the dish originated.

But what of the name “Jingisukan”? What is the significance of naming the dish after the great Mongol leader from the Middle Ages? Well, the answer to this lies in two parts. Firstly, lamb is seen as the food that would have sustained the great Mongol hordes as they galloped across the steppe to their next conquests. And secondly, the iron hot plate that is traditionally used to cook the dish bears a strong resemblance to the helmets worn by Genghis Khan and his soldiers!

How to Cook Jingisukan

Jingisukan is prepared and eaten in a similar style to Japanese yakiniku. Diners will often sit with one of the famed hotplates in the middle of the table. They will then be given a choice of lamb or mutton cuts and be brought through the plates of meat along with assorted vegetables such as kabocha pumpkin, mushrooms, onions, leeks, carrots, and asparagus.

The options of mutton or lamb offer subtly different tastes with mutton having a slightly gamier flavor to lamb, though both are delicious!

Jingisukan has two different varieties. One of these being Takikawa style and the other Sapporo style.

With Takikawa style Jingisukan, the meat is marinated first in a special sauce made from onions, soy sauce, ginger and mixed spices, which is said to make the meat more tender.

With Sapporo style Jingisukan, the meat is brought to the table with a variety of different dipping sauces to be tasted with the meat once cooked. These include grated garlic, tare sauce, and even Korean chili sauce. 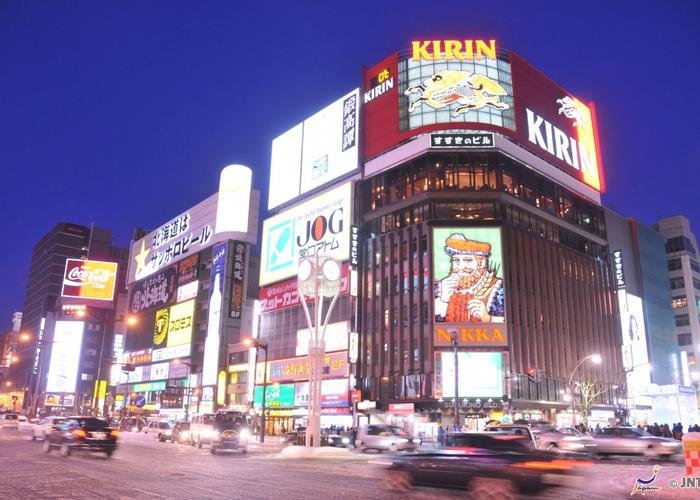 Today, Jingisukan is certainly one of the must-eat dishes during any visit to Hokkaido. Sapporo, in particular, provides many excellent options if you would like to sample this unique Hokkaido delight. Below are a few of our favorites. The vast majority of Jingisukan restaurants offer a tabehoudai (all you can eat) option, so make sure that you come hungry!

Here are some recommended Jingisukan restaurants in Sapporo. 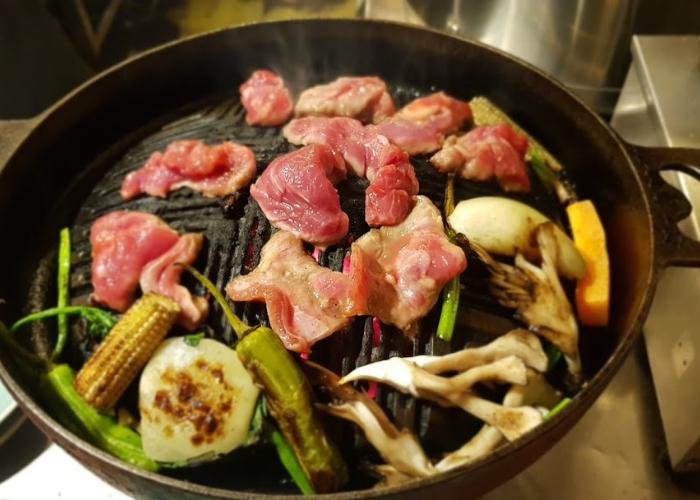 Sapporo Jingisukan main branch located in the Susukino neighborhood, just a short walk from Sapporo’s central station, is something of an institution. This famed restaurant, first opened in 1986, offers an original and very authentic chance to sample the Sapporo style Jingisukan variety in a retro setting with counter seating. 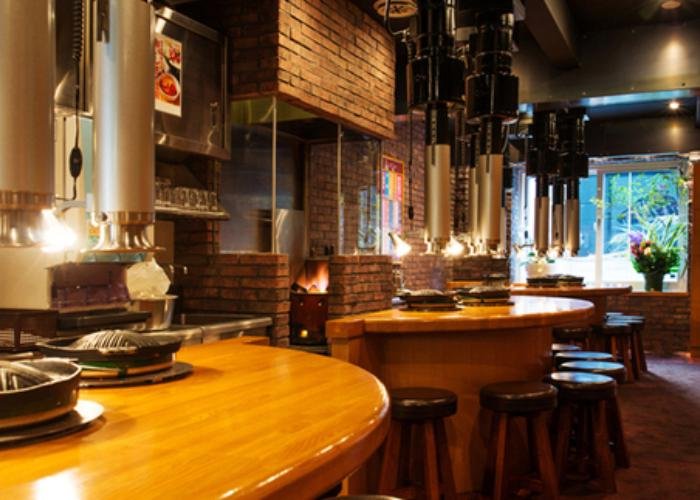 Another Jingisukan staple that can also be found in the Susukino neighborhood is Daruma. At Daruma, guests can try some of the premium cuts of mutton that are often not available at other establishments. Try to arrive for dinner early for these as they sell out quickly! Expect a jingisukan feast for around 3000 JPY per person. 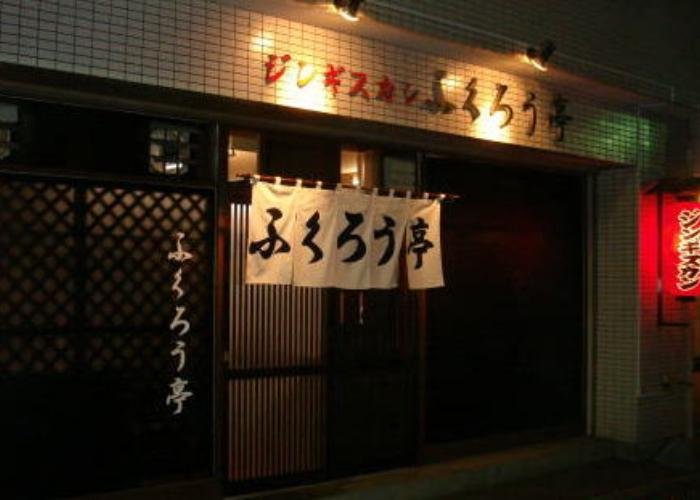 At Fukuroutei, also located in Sapporo’s entertainment district of Susukino, guests can enjoy the Sapporo style Jingisukan in the spacious surrounds of the large venue (can seat up to 60 guests). Look out for its unique red lantern decorations! Guests at Fukuroutei also have the option of selecting either local Hokkaido mutton and lamb or Australian lamb that is known for its less pungent aroma. (Traditionally lamb and mutton are not a regular part of Japanese cuisine as they considered to have stronger flavor and aroma.) 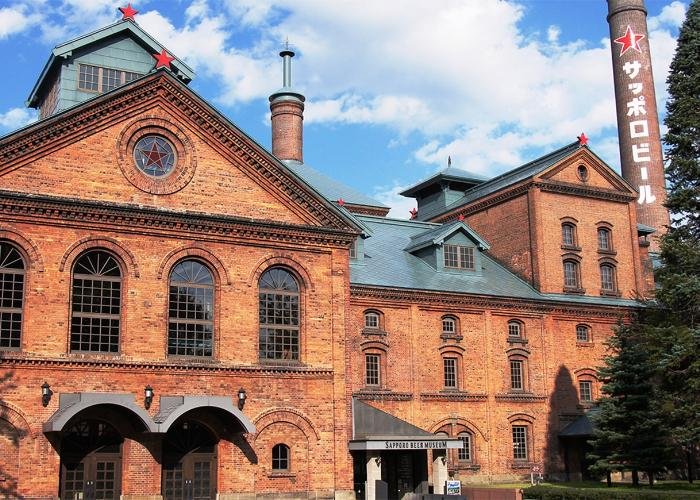 The Sapporo Beer Museum is a must-see where you can learn about the history of Sapporo beer and taste its different varieties! And what better way to round off a hard day's sightseeing than with a tabe/nomihoudai (all you can eat and drink) where you can wash down your Jingisukan with Sapporo beer, for an authentic Hokkaido experience. 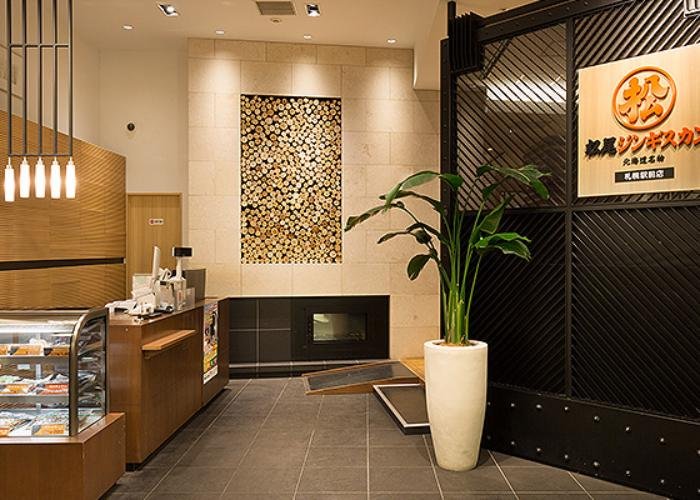 Finally, Matsuo Jingisukan offers guests the chance to sample the Takikawa marinated style. With its original restaurant located in a small town of Takikawa, the Sapporo branch of Matsuo Jingisukan, located just a brief walk from the main station, offers a tasty, alternative take to the more prevalent Sapporo style Jingisukan restaurants.

While there is an absolute abundance of delicious Hokkaido food to sample during your stay, do not miss the opportunity to try one of the island's greatest hidden treasures. Whether you go for Sapporo or Takikawa style (or both!), Jingisukan is a truly memorable dining experience.

For more about the must-try dishes of Sapporo, check out What to Eat in Sapporo. Or, browse food experiences in Japan for cooking classes, food tours, tastings, and dining experiences!

We strive to be as accurate as possible and keep up with the changing landscape of Japan’s food and travel industries. If you spot any inaccuracies, please send a report.
0
Click clap if you like this post
James Krick
James has had a lifelong passion for travelling and has made it one of his missions to eat his way around the world! These quests have led him to locations as diverse as the Middle East, Korea and to his current home, Japan. Currently based in Tokyo, he continues his exploration of Japan and its culinary delights!
SEE ALL POSTS
You may also be interested in
Sapporo

What to Eat in Sapporo: The Kingdom of Food