5 Most Affordable Michelin-Starred Restaurants in Tokyo

Boasting a total of 308 Michelin stars across 230 restaurants, Tokyo has firmly held its place as the city with the most Michelin stars for the 12th straight year, including the most recently released 2019 Michelin Guide. While there’s this vision of Michelin restaurants requiring a fine top hat and your fanciest dress, Tokyo is also home to some of the most affordable Michelin-starred restaurants in the world. Want to try some of the finest foods with that coveted Michelin star rating, without blowing your holiday budget? Here is your guide to the most affordable Michelin-starred restaurants in Tokyo that are dishing up delicious steals, starting at only around 1000 yen for lunch!

5 Most Affordable Michelin-Starred Restaurants in Tokyo

Here are some of the most affordable Michelin-starred restaurants in Tokyo for high-quality dining on a budget. 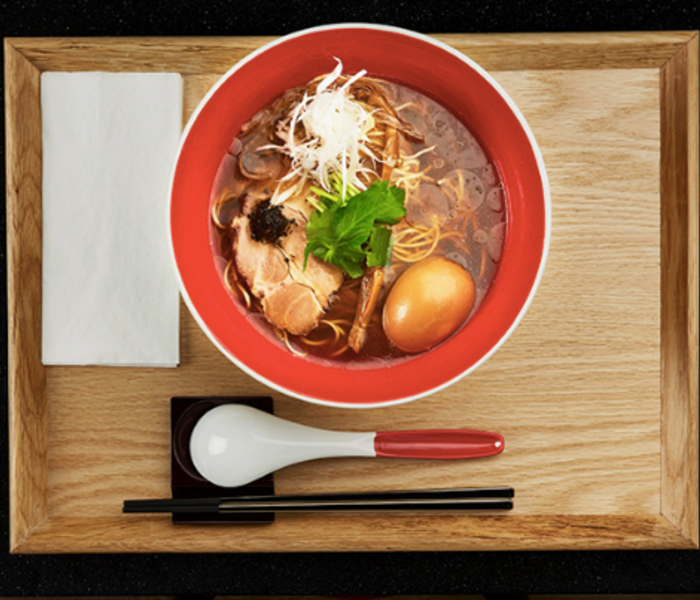 Let us begin with one of the most affordable Michelin-starred restaurants in Tokyo: Tsuta in Sugamo. This area has a long shopping street known as the “Harajuku for old ladies,” at one of Tokyo’s most northern stations on the Yamanote Line. Tsuta is the first ramen restaurant to be bestowed with a Michelin star, and it is both delicious and incredibly budget-friendly. With bowls of ramen starting at 1000 yen, Tsuta's most expensive one is priced moderately, at well under 2000 yen.

Although classified as ramen, on a technicality the noodles that they serve at Tsuta are actually soba noodles. Tsuta specializes in light and clear, but delicious broths of salt (shio), soy sauce (shoyu) and miso ramen. All are served with the finest ingredients sourced from across Japan.

One of the best bowls of ramen you’ll ever taste will likely be Tsuta’s signature flavor, defined by a perfect hint of truffle. The catch is that you have to head there in the morning, from 7 a.m. on a weekday or 6:30 a.m. on a weekend, to get a ticket for their waitlist. These tickets tell you when to come back and get in line to wait for one of the 150 bowls of ramen they serve per day. Usually, they're sold out by 10 a.m. 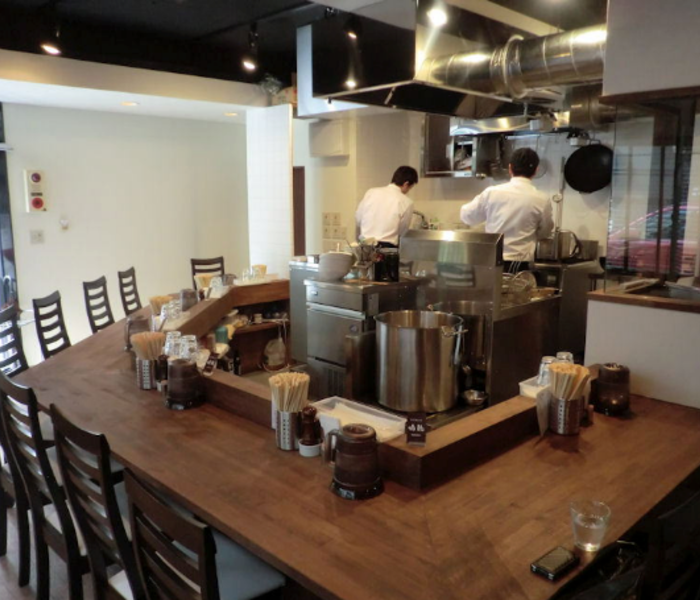 The world’s second Michelin-starred ramen restaurant in Tokyo is brought to you by Nakiryu, a Chinese noodle restaurant in Otsuka, just around the corner from Tsuta. Meaning “crying dragon," Nakiryu is known for their offerings of high-quality Chinese-style tantanmen. This is a Japanese take on the spicy Sichuan dish made from green onions, minced pork, and a generous dousing of chili oil. With noodles starting from 850 yen at lunchtime, Nakiryu’s take on these spicy tantanmen noodles comes with an accessible price tag. This bowl of perfectly firm noodles has a strong aroma of sesame and a light punch from the red pepper base.

Nakiryu also offers soy sauce-based tantanmen which is light but rich in color and flavor, and isn’t too heavy like a typical tantanmen dish. You can pay an additional 50 yen to opt-in for extra spiciness. Nakiryu also sells affordable bowls of shoyu and shio ramen as well as donburi (rice bowls), made from their signature chicken, beef, and oyster "triple stock" base. There will always be a queue but it goes faster than you think, as customers are limited to one bowl of noodles per sitting.

Another one-star Michelin restaurant in Tokyo is the cozy Zuisetsu, located in Umegaoka. Zuisetsu is well-known for exquisite Cantonese fusion cuisine with a Japanese flair, and serves up an elaborate dinner menu with distinct and interesting flavors. You’re looking at spending 7000 yen to 10,000 yen for dinner here, but at lunchtime, you can get a delicious noodle bowl for 1200 yen or a noodle set from only 1,620 yen. (See a pattern forming? A pro tip: Dining anywhere at lunchtime in Japan will see huge discounts in comparison to eating at the same place for dinner.)

You can also upgrade to a mini-course lunch from 2,160 yen, with a range of small exquisite Chinese-influenced bites. Zuisetsu also specializes in some tantalizing tantanmen noodles, featuring strips of cured pork that can’t be missed. 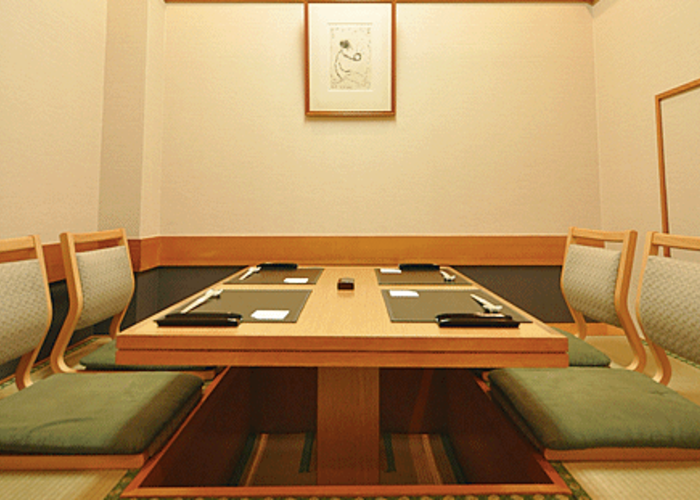 Shinjuku Kappo Nakajima in Shinjuku offers one of the cheapest Michelin one-star meals in Tokyo, famous for their signature dish: the humble iwashi (sardines). The art of preparing the perfect sardine is a tradition that has been handed down through this family business, now up to the third generation of highly trained chefs.

Starting from 800 yen for a lunch set or teishoku, you can choose from a variety of ways have them: Nakajima offers their sardines perfectly deep-fried, simmered in a stock of soy sauce, boiled in a yanagawa-style nabe hot pot, or served straight as sashimi and dipped in a ginger and sesame marinade. The iwashi sardines are freshly sourced from Tokyo’s local fish markets, and are cooked to perfection every time; they are a fishy delight any seafood buff could never say no to. A lunch set won’t leave you hungry and off to the combini to top up afterwards, as it includes rice, pickles, miso soup, and tea to wash it down. Shinjuku Kappo Nakajima also specializes in a Japanese soup called owan (meaning “bowl”), typically associated with traditional kaiseki cuisine.

The queue begins well before the restaurant opens at 11:30 a.m. and the restaurant is tucked a little way below one of Shinjuku’s many skyscrapers. So, again, be prepared to wait, but the unbelievable price and incredible flavors of Nakajima are well worth it. Nakajima’s kaiseki dinner menu, however, costs over 10,000 yen per head, so beware.

Our final affordable Michelin-starred restaurant in Tokyo is Sasuga, a high-class soba restaurant located in Ginza. Their signature dish is a juwari 100% buckwheat noodle, a type of soba made from purely made from buckwheat flour and water. This extra high quality, ultra fine soba is hand rolled and cut with precision, to be served in a number of dishes. 1,000 yen will get you a bowl of this exquisite soba, ranging from kakesoba (soba in a bowl of hot soup) to zaru soba (where the noodles are served cold with a separate soup to dip them in).

For about 500 yen extra, you can upgrade to a slightly fancier topping such as the kamonegi soba, which features duck and green onions, but with that posh Ginza-esque twist. So simple yet refined, this high-end soba is appropriately located just five minutes away from the glitzy and glamorous Ginza Station. The atmosphere is friendly (and non-smoking) and you can have an excellent glass of wine to go with your succulent soba noodles, at an extremely affordable price.

We strive to be as accurate as possible and keep up with the changing landscape of Japan’s food and travel industries. If you spot any inaccuracies, please send a report.
2
Click clap if you like this post
Lucy Baker
Never not hungry, Lucy is an artist and foodie from Australia. You can find her hunting for the next delicious deal, documenting her food, or brunching. She lives firmly by the philosophy that food friends are the best of friends.
SEE ALL POSTS
You may also be interested in
Tokyo