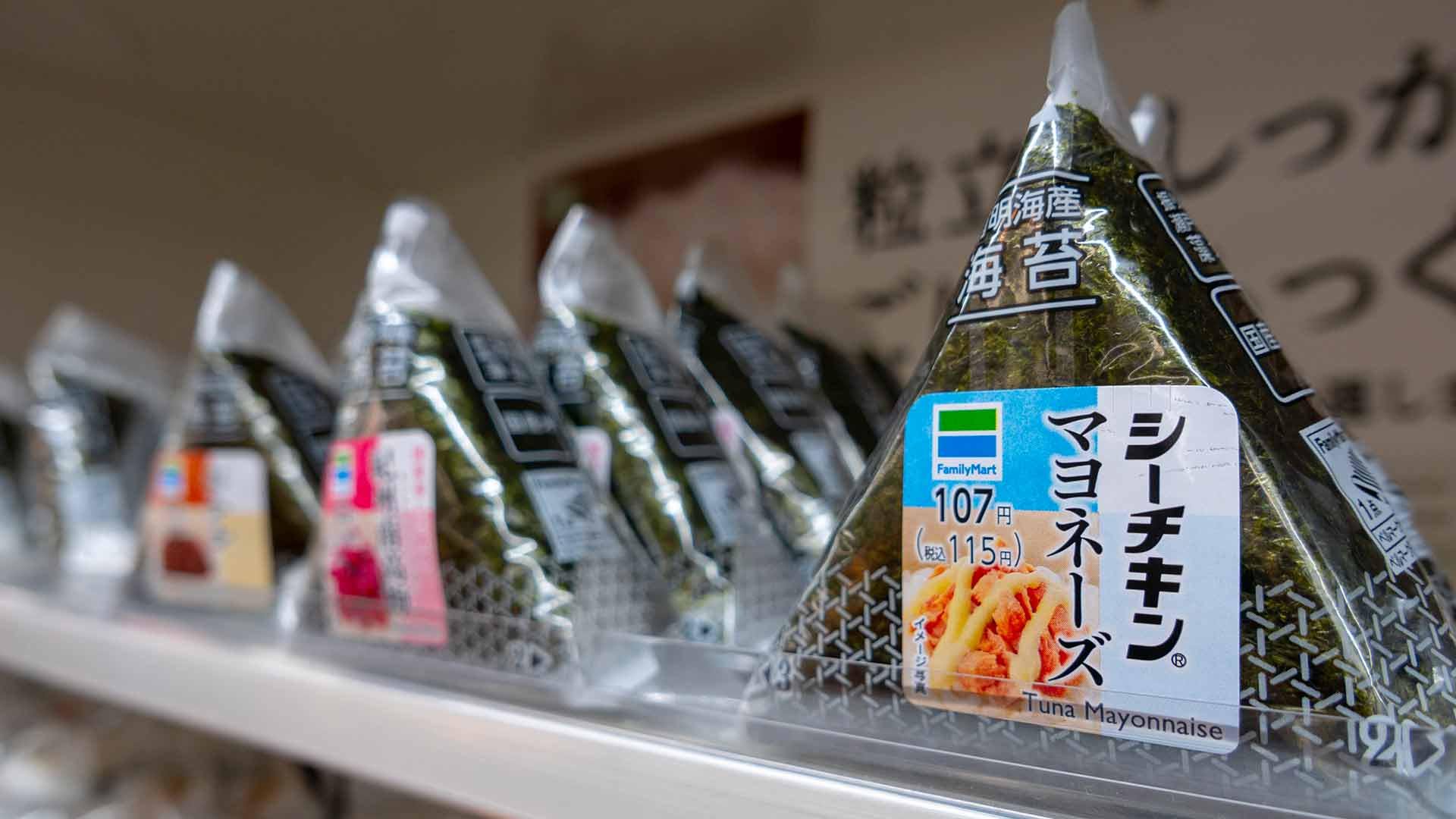 Konbini (Japanese convenience stores) are one-stop shops that grace every corner of every Japanese street, shining like a beacon of hope in the dead of night and wee hours of the morning when everything else is closed. Konbini (the abbreviated word for konbiniensu sutoru, "convenience store") are quite different from convenience stores in other countries. In Japan, the 24/7 konbini is essential in so many ways; a place where you can do everything from pay bills to pick up packages and, of course, grab a late-night bite.

Why Are Konbini Essential to Life in Japan? 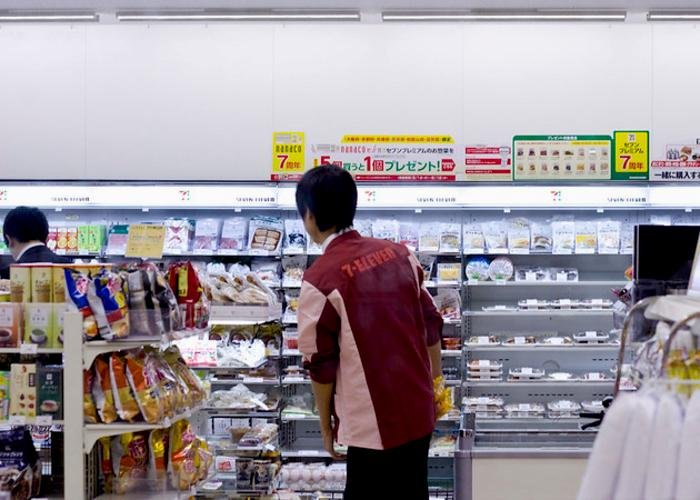 Due to long working hours, short break times, and fast-paced modern life (especially in cities like Tokyo and Osaka), convenience is of the utmost importance in Japan. Japanese konbini make life a bit easier, with services such as Wi-Fi, bill payments, ticket reservations, ATMs, and scanners/printers, all in one place. The ATMs almost always take foreign cards, unlike Japanese banks, and you can even have packages delivered to konbini, so you can pick them up instead of waiting at home for the package to arrive.

In Japan's cities, there are konbini on every block (and usually more than one). No matter where you go, there is likely going to be a konbini just within eyeshot, so you never have to go far for a snack, magazine, or to pay your bills. Even if you are just in Japan for a short visit, the ease of access will make you fall in love with Japanese convenience stores.

With the high demand for Japanese convenience stores, many brands are competing for the top spot in the market.

Here are the top 3 biggest konbini chains in Japan. 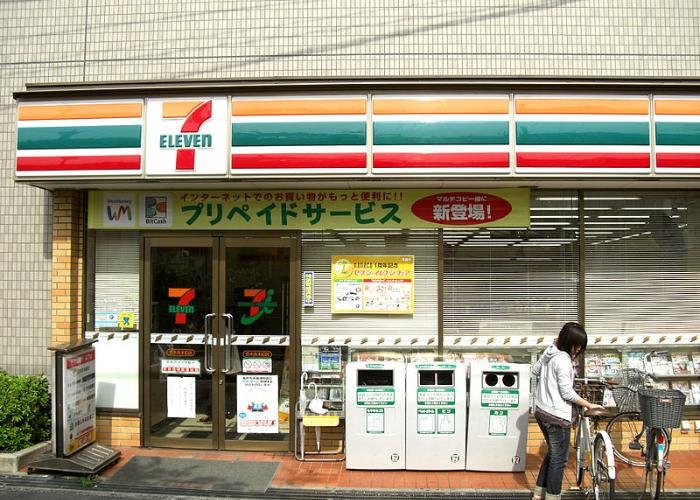 7-Eleven is a convenience store chain that was founded in 1927 in Dallas, Texas. In 1974, the first 7-Eleven in Japan opened in Tokyo, and today, Japan has the highest number of 7-Elevens of any country in the world. In 2018, the number of convenience stores in Japan reached 20,000 according to a News Release by Seven & I Holdings Co, meaning Japan accounts for over 30% of the 7-Elevens in the world! If you need to take out money with an international card, 7-Eleven has foreigner-friendly ATMs with English menus. You can also purchase tickets for films, concerts, exhibitions, and more. 7-Eleven is the go-to place to grab a chuhai (shochu highball) or beer before a night out, or pick up some Japanese curry on your way home. 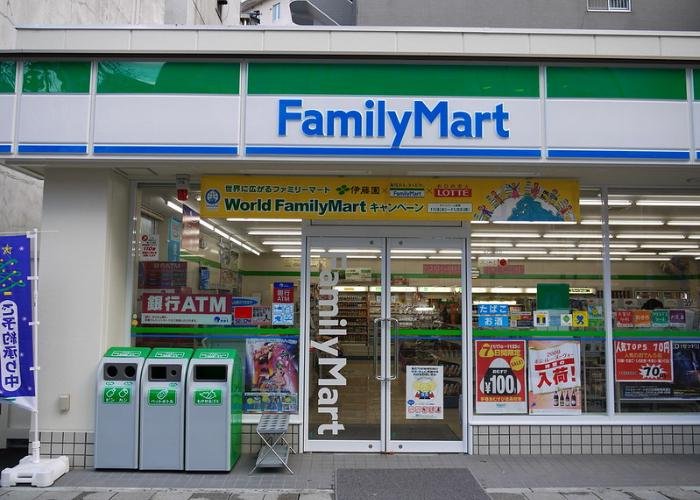 FamilyMart originated in Japan and is close behind 7-Eleven, with the second-highest number of convenience stores in Japan. The first branch opened in the prefecture of Saitama around 1973. Today, FamilyMart even has stores in Taiwan, Indonesia, Thailand, and China, just to name a few. Like 7-Eleven, they have ATMs and you can buy tickets for major attractions like Disneyland and LegoLand. They also have an impressive range of hot foods like steamed buns, korokke (croquettes), and the famous famichiki (FamilyMart Chicken). 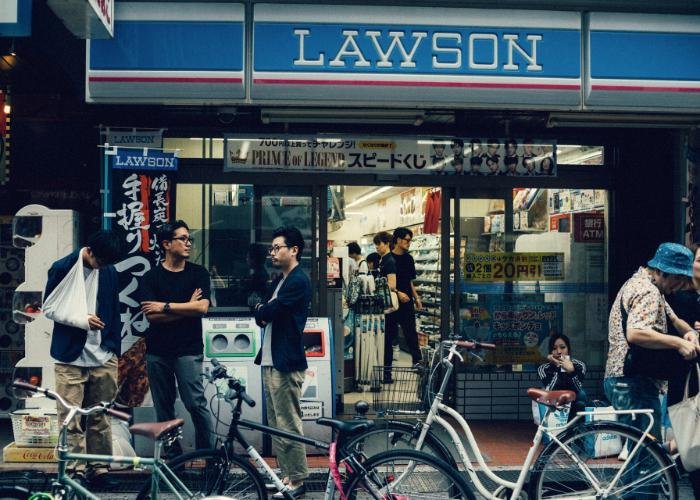 Lawson comes in third in the Japanese konbini race, but it has its own special appeal. Lawson should be your go-to konbini for breads and pastries, home to an enormous aisle of danishes, cakes, donuts, curry bread, melonpan, and more. When you've had a bad day, carbs from Lawson will always be there to cheer you up. Anime fans, as well as carb-lovers, will be drawn to Lawson, as the konbini also has exclusive rights to sell tickets for the Studio Ghibli Museum.

Konbini food is one of the most convenient options when you get the munchies. Satisfy your cravings for Japanese food at any time of the day. When the jet lag hits and you find yourself awakened by a grumbling stomach at 3:00 a.m., you know you can turn to these top 10 konbini foods. 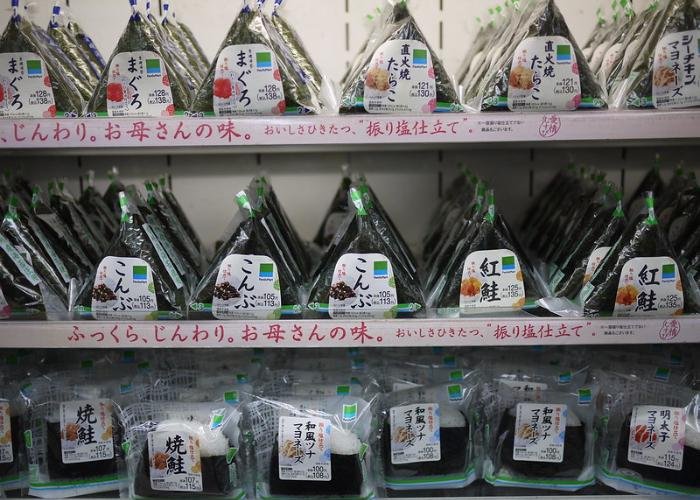 With so many different filling options, onigiri are always tasty, never boring, on-the-go bites. The inventive Japanese packaging makes sure that the crispy nori (seaweed paper) doesn't touch the rice as it sits on the shelf. This thoughtful attention to detail elevates the onigiri-eating experience, preventing the dreaded soggy nori. As you open the packaging, the nori and the rice ball finally unite; the fresh, crisp nori shatters between your teeth--that perfect first bite.

Not sure which type of onigiri to choose? Check out our Beginner's Guide to Common Onigiri Fillings for a full rundown of the different flavors. 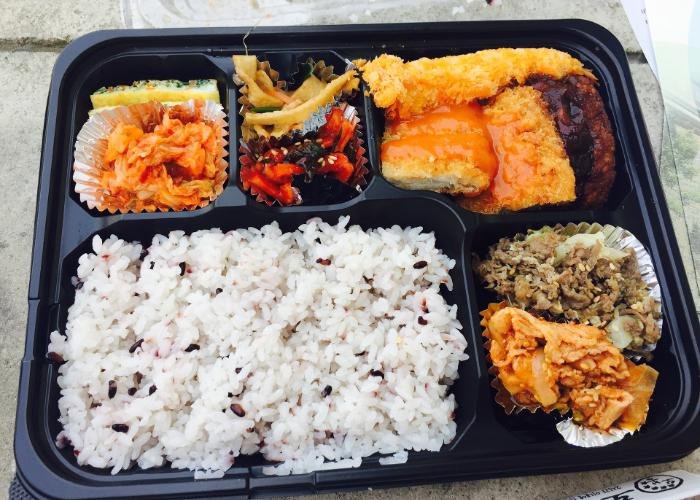 Bento or obento are Japanese packaged lunches. They can be mass-produced, homemade, or anywhere in between. The classic Japanese bento includes rice, grilled fish, pickled veggies, tamagoyaki, and sometimes chicken karaage or a meatball.

Make your own bento from scratch and learn essential Japanese home-cooking techniques during a bento-making class in Japan! 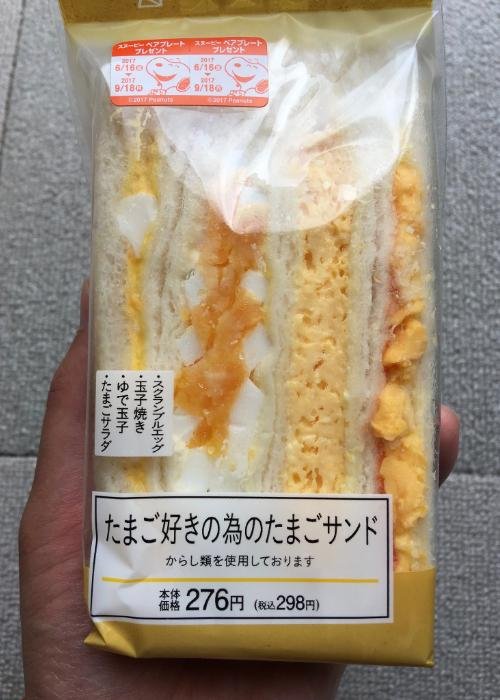 Sandwiches? Yawn. Okay, hear me out. Sandwiches might seem pretty basic for a convenience store, but Japanese konbini seriously hit it out of the park. Take, for example, the furutsu sando: two slices of fluffy Japanese milk bread filled with sweet whipped cream and juicy seasonal fruits. Served chilled, what could be more refreshing? Or if you're in a savory mood, turn to the tamago sando, about which the late Anthony Bourdain raved in Parts Unknown: Tokyo: "At Lawson’s, you can dig into their unnaturally fluffy, insanely delicious, incongruously addictive egg salad sandwiches. I love them. Layer after layer after layer of awesome." 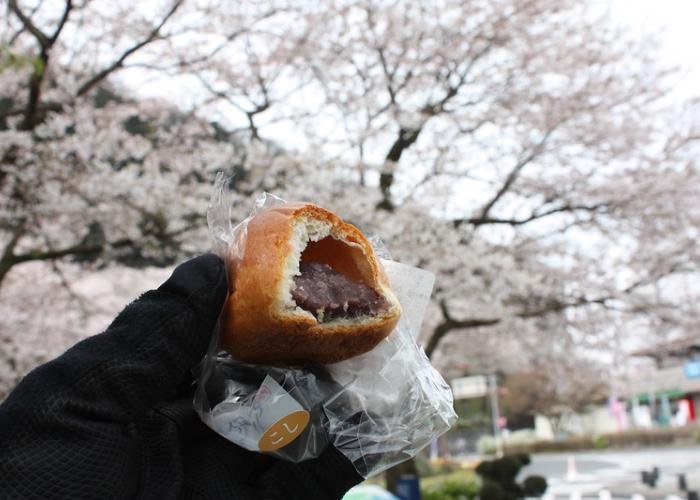 Anpan, a sweet red bean-filled bun, was conceived as a marriage between Japanese traditional sweets and Western pastry. It is one of the most iconic Japanese breads, even with a cartoon superhero, Anpanman, made in its image. It's an arguably healthy konbini food, containing a plant protein alongside carbs (at least, that's what we tell ourselves). 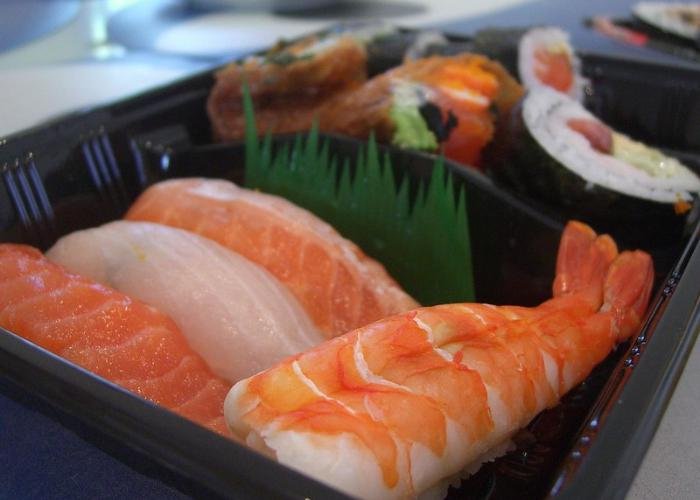 This is one is a no-brainer. But while you might be a little turned off by the idea of convenience store sushi, Japanese konbini sushi, specifically Lawson's sushi, doesn't sacrifice quality for convenience. Konbini sushi is affordable and accessible when you're in a pinch, and due to the high product turnover rate, you should have no worries about freshness. 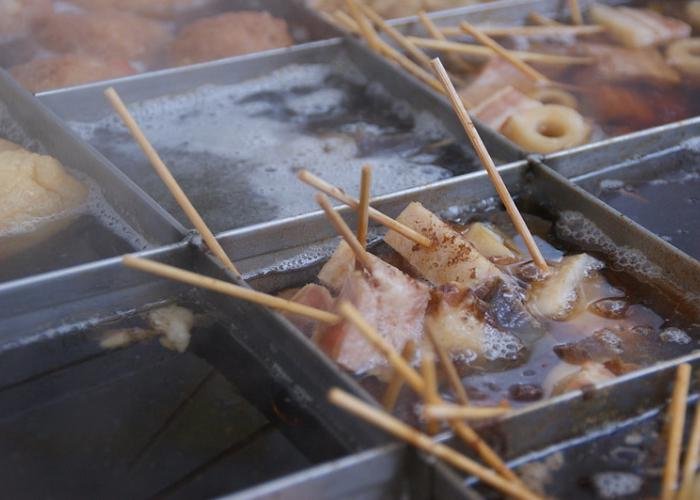 Oden comes out every year once the first chill of winter hits Japan, to combat those nippy days. It is a type of hot pot that includes different ingredients of your choice, such as daikon radish, kamaboko fish cake, fried tofu, sausages, fish balls, and hanpen. The broth is quite light in flavor, comforting on a cold and blustery day, and easily accessible at every Japanese konbini. 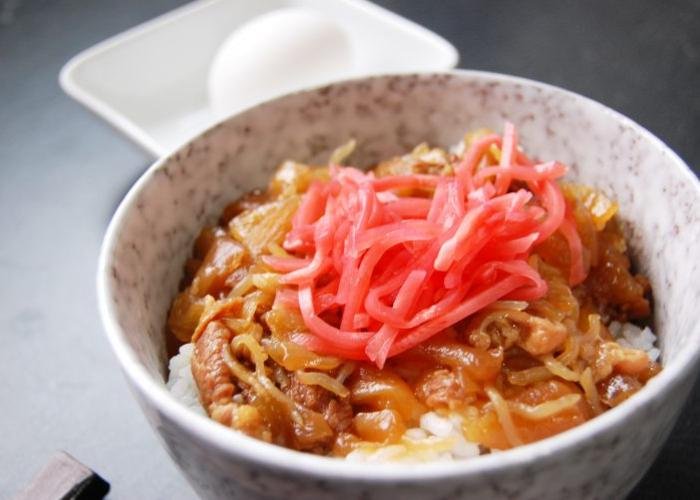 Gyudon is the classic Japanese beef bowl, which consists of beef and onions that are simmered in a sweet sauce and served atop rice. It can be found in supermarkets and chain stores (like Yoshinoya and Matsuya) as well as konbini. 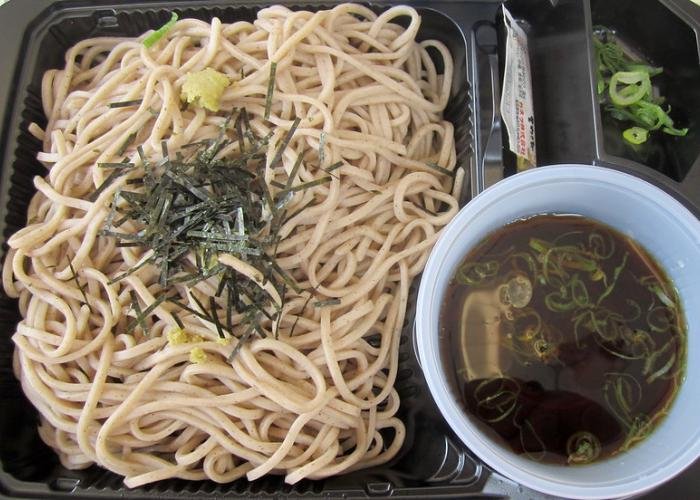 Soba, Japanese buckwheat noodles, can be served either hot in a soup or cold alongside a dipping sauce. At konbini, the cold soba bento is quite common, and includes thinly-sliced negi (Japanese green onion), mentsuyu dipping sauce, and sometimes shredded nori (seaweed), alongside soba noodles. 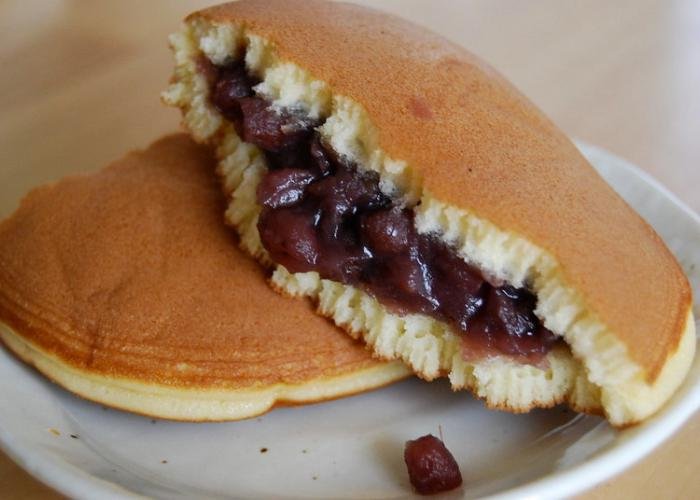 If you know anything about the manga and anime series Doraemon, then you know that dorayaki is the titular character's favorite sweet. Red bean paste is a staple of many Japanese desserts (like #4, anpan), and dorayaki is no exception, consisting of two pancakes sandwiched together with anko (sweet red bean) in the middle. You can find dorayaki in the baked goods aisle of your favorite konbini.

Have a sweet tooth? Learn to make your own Japanese sweets during a wagashi-making class in Japan! 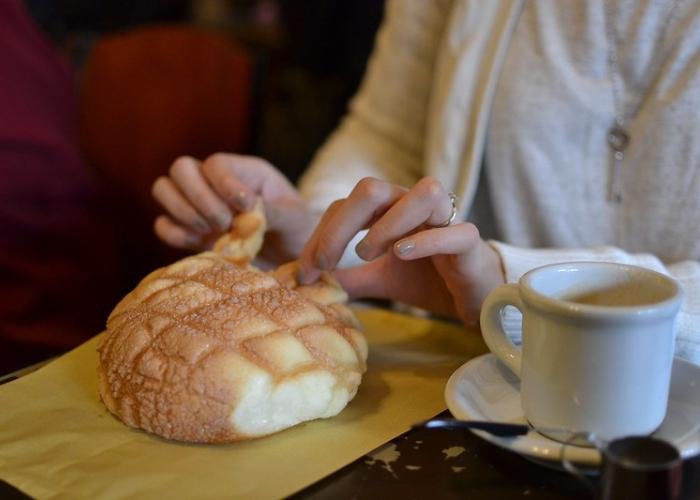 The name's a bit misleading, as the only thing that's melon-like about this bread is the cross-hatch pattern on top. But melonpan is still an iconic Japanese bread, with a fluffy center and crackly cookie-like top, which you can find at konbini and bakeries nationwide. 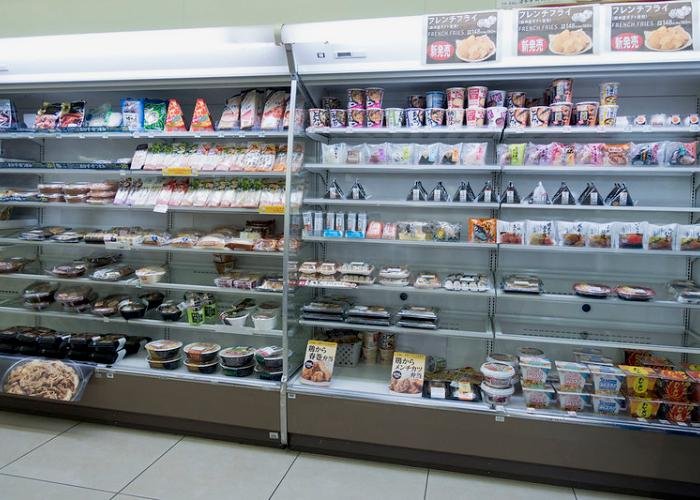 So, there you have our top 10 konbini foods and 3 biggest Japanese convenience store chains. Which is your favorite? Join our Facebook group and share yours with our community of foodies! 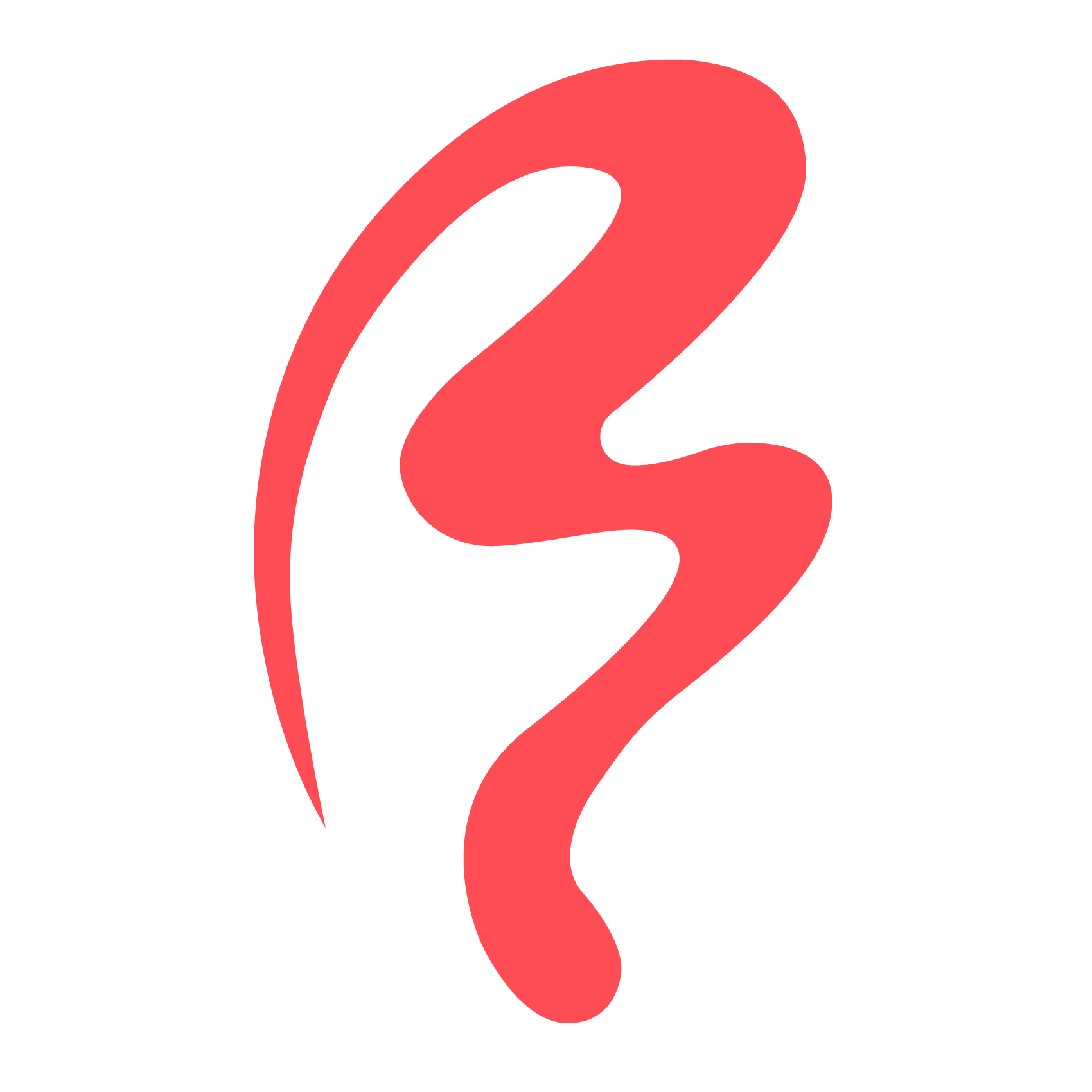