Ever since it was introduced to Japan by the Portuguese in 1543, bread (called "pan" in Japanese) has evolved to suit the Japanese palate, giving rise to doughy creations such as anpan, yakisoba pan, and Japanese curry pan. With pastry chefs and high-class bakeries from all around the world setting up shop in the city, and local specialties cropping up all the time, Tokyo is now one of the best places in the world to get a variety of delicious pastries and bread. If you're scoping out the yummiest baked goods that this city has to offer, make sure to swing by some of our favorite bakeries on this list of 6 Must-Try Bakeries in Tokyo.

Here are some great bakeries in Tokyo to visit for all your carb cravings.

Anpan is the classic Japanese bread, so iconic that there's even a superhero character called "Anpanman," with an anime series that has evolved into a mega-franchise challenging even Hello Kitty. And it all began at Kimuraya, reportedly the first and oldest Western-style Japanese bakery. Yasubei Kimura, a former samurai who wanted to make a bread that was suited to Japanese taste buds, decided to use a type of liquid yeast derived from sake and fill the bread with anko (sweet red bean paste) to appeal to the Japanese market. The resulting creation became famous nationwide, and even got the attention of Emperor Meiji who is said to have been so fond of anpan that he asked Kimura to bake some for him every day.

Anpan is now available at every Japanese bakery, as well as supermarkets and convenience stores, but if you want to try the original, head over to Ginza, home of Kimura's first store, Kimuraya. There, you can try all kinds of sake anpan, like their cherry blossom anpan which features salt-pickled sakura, the very same type that was offered to Emperor Meiji in 1868. 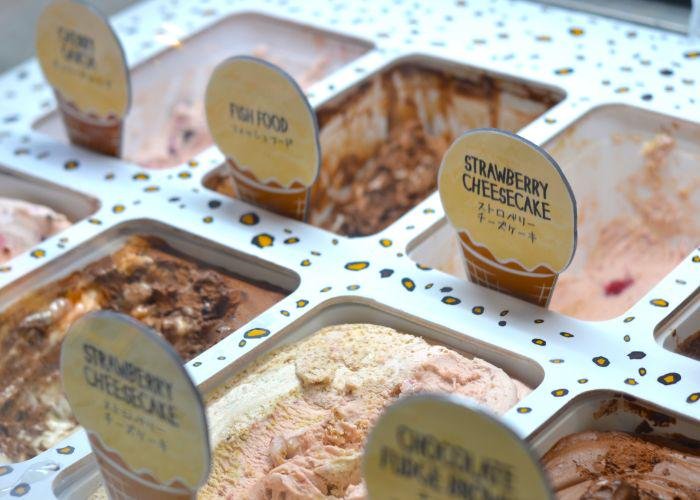 For a much more modern and trendy bakery in Tokyo, head over to Cookie Time in fashionable Harajuku. Founded by a New Zealander who fell in love with American-style cookies, Cookie Time first set up shop in Queenstown before opening up a second store in Tokyo, introducing the edible cookie dough craze to Japan in 2016. Well-known for kawaii culture and Instagrammable sweets, you're going to want to stop by Cookie Time's Harajuku location for some of the most photogenic (and tasty) cookie creations in Japan.

Their delicious masterpieces include edible cookie dough, ice cream sandwiches, and indulgent freakshakes: an Australian invention that embodies the concept of "more is more." These monstrous milkshakes are rimmed with chocolate and nuts or colorful sprinkles, topped with a cookie and a tower of whipped cream. As English is commonly spoken in the shop, there is no barrier to prevent you from getting your cookie fix here. 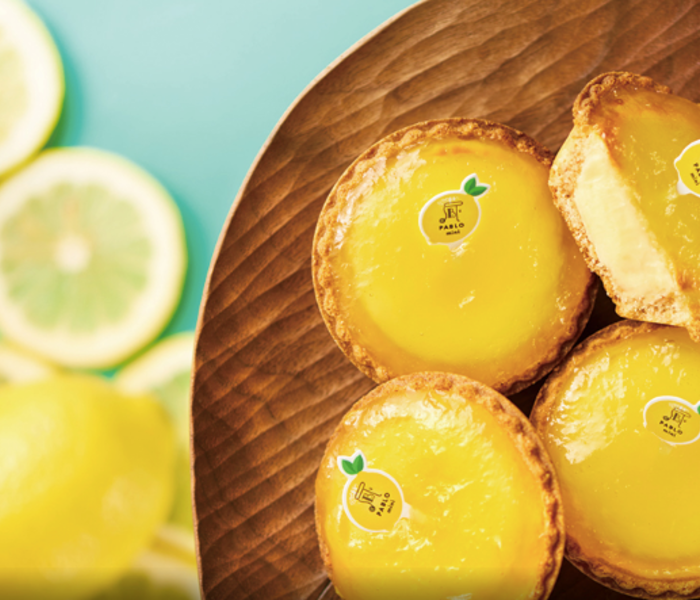 Located in the electric town, Akihabara, PABLO is one of the best bakeries in Tokyo as well as the premier place to get a taste of Japan's signature cheese tarts. Though cheese tarts are probably the last thing on your mind when you think of Japan desserts, these scrumptious tarts have reached soaring popularity in Japan, having been adapted for the Japanese palate. While they're sold all over the nation, some of the best cheese tarts in Tokyo are made at PABLO, but be prepared to line up for upwards of twenty minutes as these tarts are in high demand.

PABLO's cheese tarts are well known for their buttery and creamy center that oozes out when you take a bite. Their signature cheese tart is the perfect size for two people to share and can be ordered either "rare" with an ooey-gooey center or "medium" with a slightly firmer filling. Or, if you want to try a variety of their mini tarts check out PABLO mini, their second location in Akihabara, which boasts limited edition flavors such as matcha, sakura, and chocolate-marshmallow. 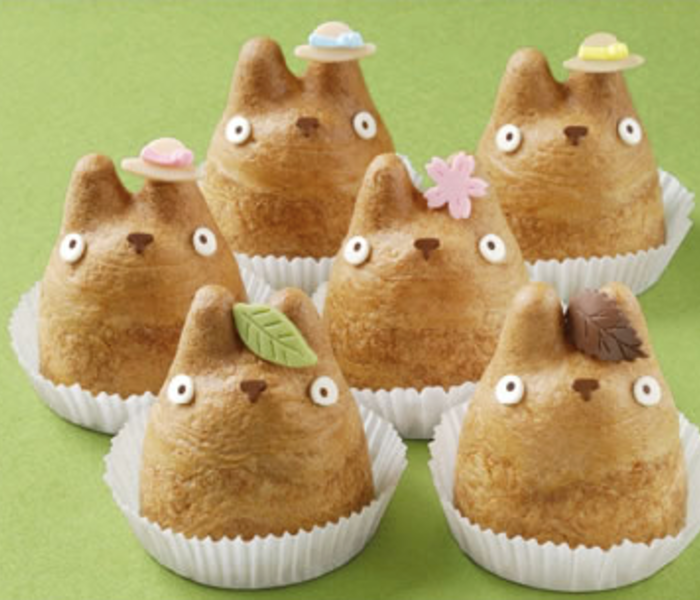 If you're a fan of Studio Ghibli films, you'll definitely want to check out Shiro-Hige's Cream Puff Factory in a quiet residential area of Setagaya, Tokyo. This whimsical and charming little pastry shop, run by Hayao Miyazaki's sister-in-law, is like a place straight out of one of Miyazaki's films. A two-story cafe and bakery, Shiro Hige's Cream Puff Factory's appeal comes not only from its cozy and homey appearance, featuring rustic homemade signs outside and framed original sketches drawn by Miyazaki himself inside, but also from their delightful treats.

Famous for their iconic kawaii Totoro cream puffs, this little Tokyo bakery also makes Totoro-shaped cookies, as well as fruit tarts and shortcakes topped with their cute Totoro shu kurimu ("choux cream"). The chocolate cream and custard-flavored Totoro cream puffs are available year-round, but they also break out seasonal flavors such as strawberry, peach, caramel banana, and mango. This is one bakery in Tokyo that Ghibli fans can't miss. 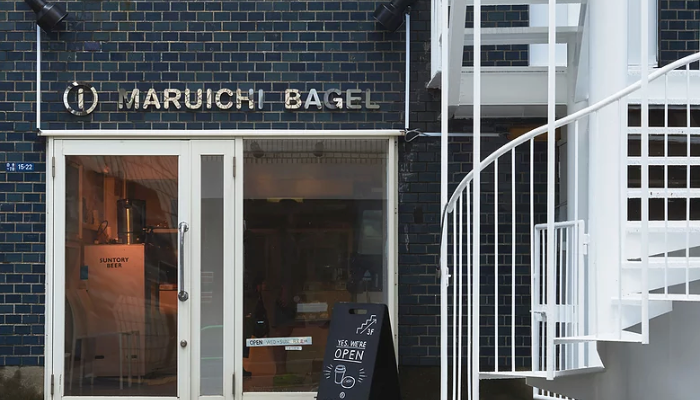 If you're looking for some good old American bagels right here in Tokyo, then check out Maruichi. You'll be surprised to find this little piece of New York 6,000 miles away in Shirokane. Maruichi's owner and head baker was trained at the famous Ess-A-Bagel, considered the best bagel shop in New York, and makes the most authentic bagels in Tokyo. While this bakery is usually packed with travelers and locals, you won't have to wait long. As Maruichi only does take out, the line moves along speedily.

Their menu includes 13 different types of bagels including sesame, poppyseed, seven-grain honey fig, rye carraway, and even a rice bagel! Made without sugar and with only the finest ingredients, like salt from Sicily and flour from Hokkaido, you can be sure that Maruichi's American-style bagels are the most delicious and high-quality in Tokyo. 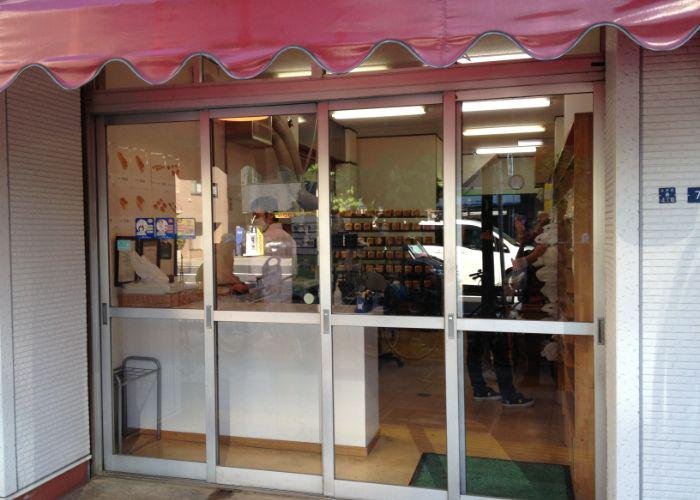 If there's one thing Japan does well, it's a simple and delicious slice of toast. While it doesn't sound as fancy as some of the offerings from other Tokyo bakeries on this list, Pelican Bakery in Asakusa serves up the perfect loaf. Pelican has been open for over 75 years now and only has three products available: bread loaves, dinner rolls, and buns. Though it may not sound like anything special, the bread here is so popular that it usually sells out within a couple hours of opening. If you want to ensure that you'll get to try some of Pelican's delicious bread, then make sure to get there bright and early, since there will assuredly be a line of people waiting to get a loaf at this special Tokyo bakery.

Check out our article about the Moomin Bakery and Cafe or learn about killer coffee spots in Tokyo!

We strive to be as accurate as possible and keep up with the changing landscape of Japan’s food and travel industries. If you spot any inaccuracies, please send a report.
0
Click clap if you like this post
Francisco Cardoso
Francisco is a student who is currently studying abroad in Japan. He enjoys walking around the streets of Tokyo and discovering great places to eat.
SEE ALL POSTS
You may also be interested in
Tokyo