Alien Saga Foods That Are Out of This World

There are many weird and wonderful foods in Japan, but occasionally you stumble across some that are out of this world, and many of these appear to be alien-like foods that are found in Saga. These alien Saga foods might not be your average cup of tea, but we hope you can open your minds because, many actually taste a whole lot better than they look, so don’t knock it before you try it. Granted, not all of Saga cuisine is alien-like (we cover the rest in What to Eat in Saga), but no trip to Saga is complete without trying these Saga aliens and it’s sure to be a trip that you won’t forget any time soon, particularly from a culinary point of view!

The Sea of Ariake: Home of Alien Saga Foods

The Sea of Ariake is surrounded by four prefectures: Saga, Fukuoka, Nagasaki, and Kumamoto. It is a very shallow sea, with an average depth of about 20 meters. It’s Japan’s largest tidal land and has a 6-meter-wide tide range. Due to this, when the tide goes out, the mudflats are exposed and are home to a number of alien-looking fish. These fish are not the most attractive of creatures, but neither are snails or squid (think escargot or calamari) and they’re delicious! So why not give these alien Saga foods a try, and you never know, maybe they’ll end up being your new favorite dishes!

5 Alien Saga Foods That Are Out of This World

Here are 5 of the most unusual Saga delicacies! 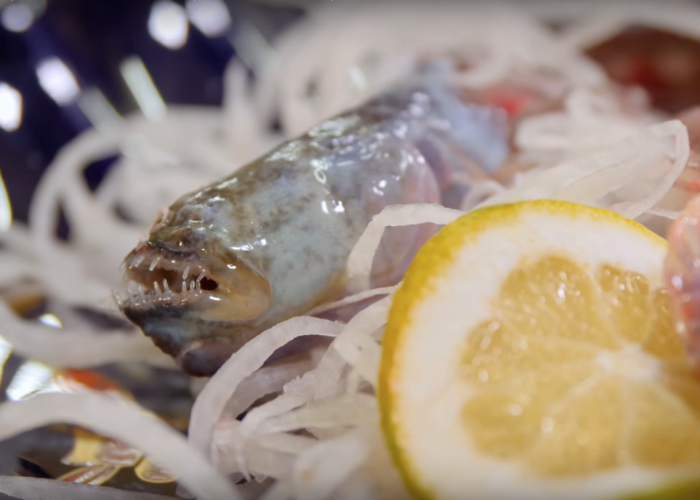 Warasubo is a rare fish that is only found in the Ariake Sea, although similar fish are found around the Korean Peninsula and China. They’re gnarly looking creatures that live in the mudflats and come out at low tide, eating anything from shellfish, such as small crabs and shrimp, to other small fish that they can sink their teeth into. Their grayish-purple bodies and exposed protruding teeth are often likened to the alien in the film, Alien, so it’s often referred to as an alien-like fish.

They are caught from May to October and freshly caught Warasubo can be eaten as sashimi. After this period where they can be caught fresh, these toothy Saga aliens are typically enjoyed dried or grilled as a tasty snack. They are popular when added to miso soup and when soaked in soy sauce, deepening the rich umami flavor (Not sure what we're talking about? Check out our post on Umami: The Fifth Taste). If you’re feeling particularly adventurous, or feel you need the alcohol to get out of your head, you can even add it to hot sake, resulting in a truly unique flavor of the popular beverage that you’ve probably never had. 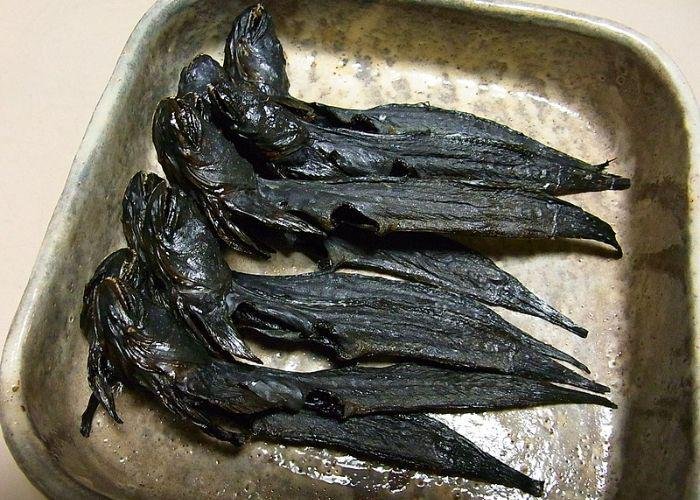 Mutsugoro is also known as mudskipper, and they’re found on the tidelands throughout East Asia and they have a reptile-like appearance. They’re amphibious fish that can swim, walk and jump distances up to two feet on land and in water and they are even able to climb trees and low branches. They are brownish-green in color, and the males develop bright colored spots that can be red, blue or green during mating season in order to attract the females. The mutsugoro have bulbous eyes perched on the top of their heads and few tiny, jagged teeth protruding out of their incredibly large mouths. The best time to eat this alien Saga food is between May and August. They can be enjoyed fried or dried but is also delicious when grilled as their skin becomes crispy and the white meat becomes soft, flaky and tender. 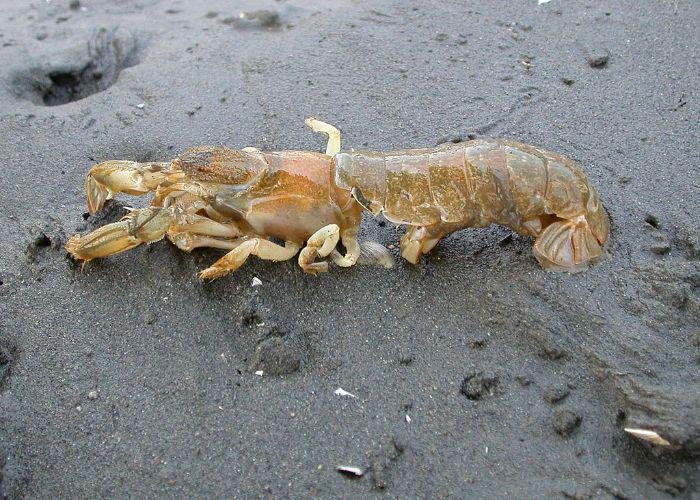 Majaku is next up on our list of alien Saga foods. This Saga alien is referred to as majaku and also anajako. This creature is a little easier on the eyes, as it’s similar in appearance to a lobster, with the face a bit like a crab with long extended pincers. It has a soft, brown-colored shell that can be eaten. It’s often enjoyed in the same way as soft-shell crab, fried and eaten whole, grilled, as well as in sashimi form. 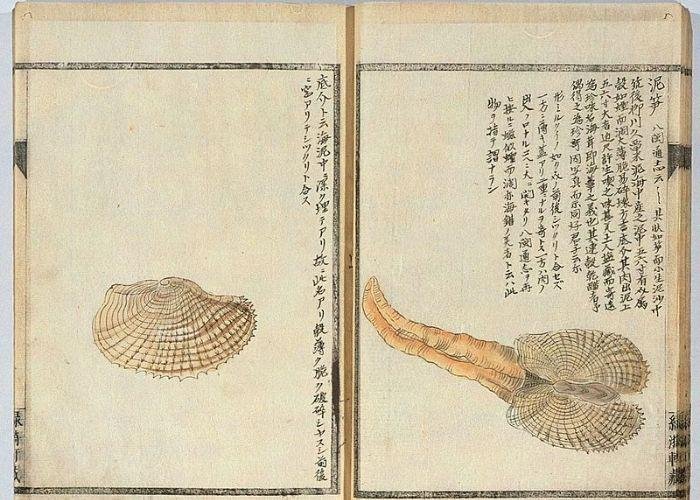 This Saga food is a type of shellfish that is similar in appearance to a clam, except it has a slight grotesque looking vent that protrudes out that’s a brown-blackish color. The vent of the umitake looks a bit like a clam’s tongue, and if you haven’t watched those videos online of a clam’s tongue licking up salt, I’d highly recommend you go and watch that now, it’s pretty crazy. Anyway, the meat within the shell of this alien Saga food is similar to a scallop, being white in color with some brown meaty flesh. When caught fresh, it’s enjoyed as sushi or sashimi. This is quite the rare delicacy now as there is only a small number being caught today. 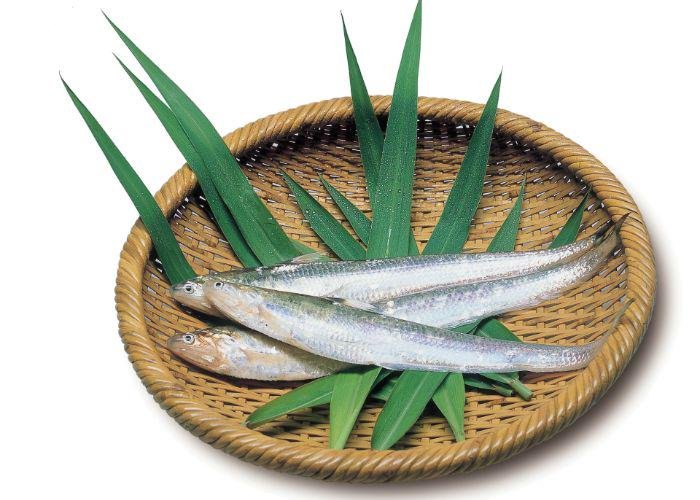 Etsu is a type of Japanese anchovy and is harvested from late spring to early summer and is found in the sea and rivers around Japan. It’s a staple in Saga cuisine and can be enjoyed as sashimi, sushi, boiled or fried. The whole fish can be eaten, including the bones and it pairs great as a fried, salty snack enjoyed with a cold pint of beer. If you don’t want to eat the bones, it can be filleted and then the meat can be mixed in tadesu (water, pepper, and vinegar) and then added to soup for a refreshing, light umami hit.

So, there you have it, the top five alien Saga foods that you must try on your trip to Saga to get fully involved with the local Saga cuisine. From a toothy, prehistoric alien-looking warasubo, to the amphibious mutsugoro fish that can walk, climb, and jump on land. The Ariake Sea sure does have some pretty unique sights to behold once the tide goes out and the mudflats are exposed. Despite their alien appearance, these sea creatures are a delicious treat to eat in all their shapes and sizes. Why not give these weird Japanese foods a try, it’ll make for a great story back home and you might even enjoy it!

We strive to be as accurate as possible and keep up with the changing landscape of Japan’s food and travel industries. If you spot any inaccuracies, please send a report.
0
Click clap if you like this post
Georgie Morgan
Georgie is a photography enthusiast, ramen obsessed and a self-confessed travel addict. She has visited 49 countries and counting and enjoys eating her way around the world trying unique foods that are specific to each country and region she visits. She hates breakfast food, loves spicy food and can eat eight tacos in two minutes.
SEE ALL POSTS
Stay in the Loop!
We are always discovering the latest foodie trends.Sign up to receive insider tips about the food scene in Japan's most extraordinary areas.