It’ll soon be springtime in Tokyo, and that can only mean one thing: it's hanami time. That is, cherry blossom viewing season! Together, “hana” for flower and “mi” meaning to look, translates to flower-viewing and is synonymous with celebrating the arrival of spring by watching the sakura cherry blossoms open each year. Locals and foreigners alike gather beneath the pink trees in parks all over Japan, enjoying this beautiful season by drinking and eating together with family and friends at hanami parties (pro tip: check out Where to See Cherry Blossoms in Tokyo).

Of course with the arrival of hanami season, so does the flood of sakura-themed foods, flavored or inspired by the beautiful blossoms. Get excited about the beautiful views with these floral-themed sakura snacks that you can bring along to your hanami picnic this year.

Here are some sakura foods and drinks to try this spring!

Want to learn how to make your own sakura desserts? Join byFood's Intensive Wagashi & Mochi Making Course with Mai-san, who teaches how to make a gorgeous Japanese raindrop cake in which floating cherry blossom petals are suspended, a sakura-shaped nerikiri wagashi, and other Japanese sweets! The course includes 24 tutorial videos and a recipe book, so you can learn at your own pace and make these cute Japanese confections over and over again. 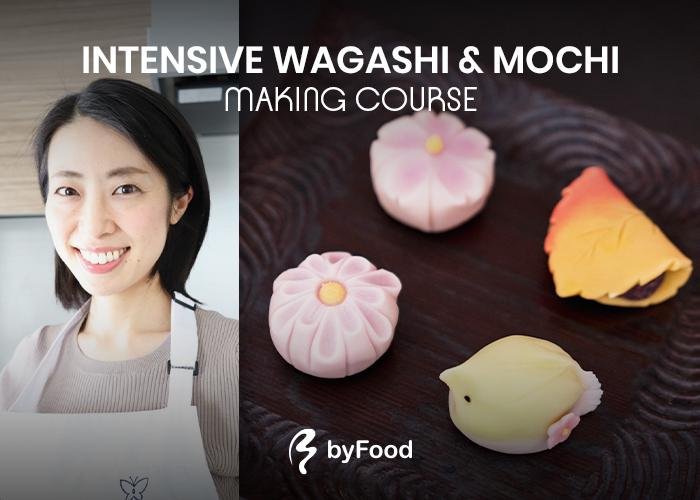 Let's start in reverse order with sweet sakura snacks first. We've already covered some of the best places to try wagashi, or traditional Japanese desserts, in 7 Wagashi Shops in Tokyo, but let's do a quick review of a few different types of wagashi. 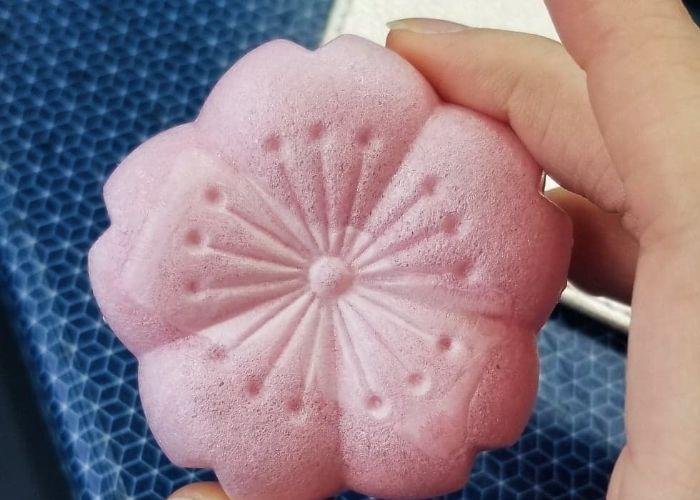 All kinds of beautiful wagashi in the shape of sakura blossoms come out across Japan around hanami time, including sakura mochi. One of the quintessential foods of the spring season, sakura mochi is a pink-colored rice cake that is sweeter than your regular daifuku mochi. It features a salty pickled sakura leaf around the outside, which balances out the sweet flavor. 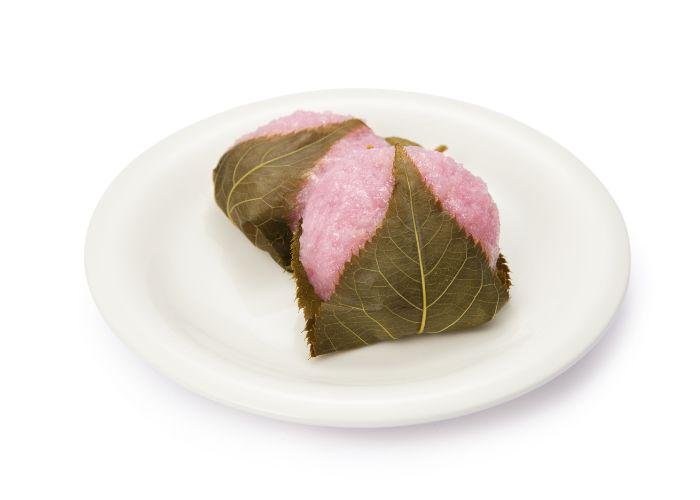 Hanami dango are another kind of rice ball that you will find in Japan, particularly in springtime. These sticky, chewy Japanese sweets are made up of three balls in white, pink and green. Pink represents the sakura in spring, white is for the snow during winter, and green symbolizes the grass that grows in summer. 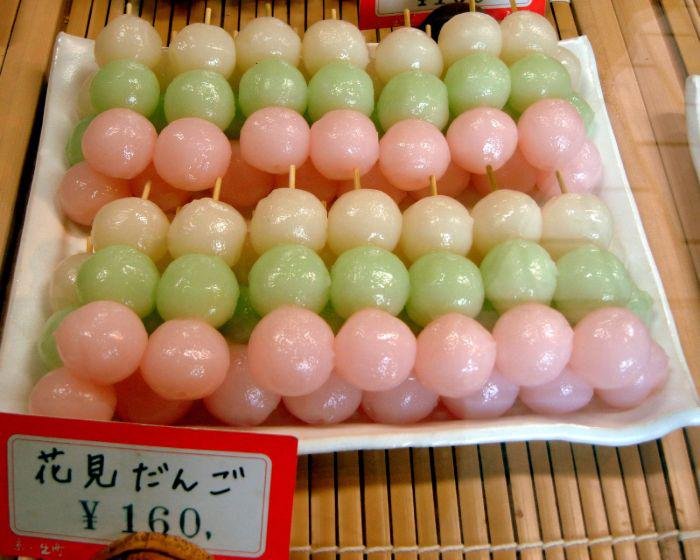 Another delicate wagashi is sakura yokan, a kind of jelly made of agar-agar, meaning that is it completely vegan as well as being appropriately festive for the season. Other forms of cute agar jelly for sakura are sold everywhere, and you can even find pink sakura taiyaki (a type of fish-shaped waffle or cake, traditionally filled with red bean paste).

Then there's sakura manju, steamed sweet buns that have a mix of red bean and sakura leaves inside.

On the more Western side of the sweets scale, you can, of course, find sakura incorporated into cakes, doughnuts, cookies, mont blancs, you name it. Whatever you fancy, cafes all over Japan are bound to have incorporated sakura in some way (bonus points for finding the most lavish sakura dessert or snack!).

Now for some savory snacks on offer, thanks to the beautiful, if fleeting, sakura season. For about two weeks, the blossoms come out and so do the picnic blankets and sakura-themed bento boxes for hanami parties.

Why not bring along sakura onigiri, a rice ball featuring pickled cherry blossoms, to your hanami party? These are made from water that has been steeped with cherry blossoms. With a pickled sakura leaf on the outside, the same type found wrapped around sakura mochi, it is a quite salty and delicious snack. This pickling of sakura leaves and petals in salt and vinegar serves to preserve them so that the sakura can be enjoyed a little longer throughout the year.

Sakura inarizushi is similar, however, the rice is wrapped in a slightly sweet fried tofu skin.

In your regular supermarket, you’ll sure to find some themed sakura foods such as pink sakura-shaped pasta! Hanami-inspired yogurt and even sakura cheese have been available in the past, to name some others. 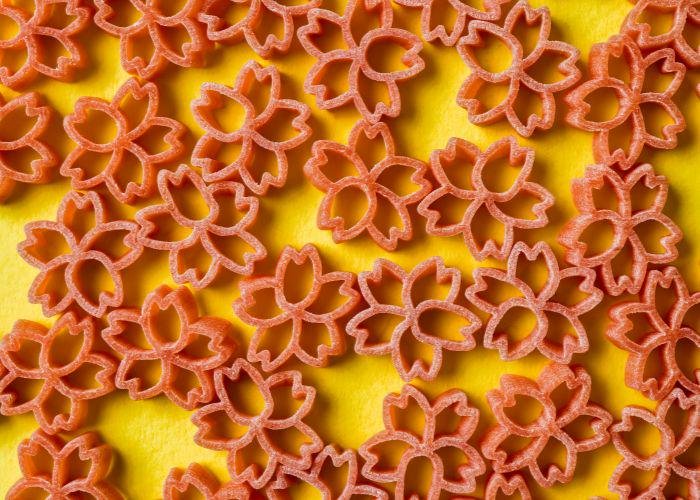 Sakura-Inspired Drinks: Something Floral to Whet your Whistle

Early versions of sakura drinks originated with the humble sakura tea known as "sakura cha" or "sakura yu." The flavor of this cherry blossom tea is actually quite salty, as it is made from pickled cherry blossom, and leaves a subtle floral aftertaste. A seasonal delight, sipping this special sakura tea is common during special occasions, such as weddings. Another variation is to add some of the sakura flowers into matcha green tea.

Now, of course, sakura soft drinks such as cherry blossom Coca-Cola have since made debuts in Japan's seasonal drinks game. Each year, you’ll find that sakura milk tea released by Lipton, as well as small sakura milk drinks by Starbucks that you can pick up at the convenience store to take on the go. The coveted sakura latte and sakura frappuccino usually come into the spotlight with Starbucks releasing limited edition seasonal drinks like clockwork each year. Usually pleasant, although sometimes overly sweetened, are milky sakura drinks such as royal milk teas and bubble teas, and many chain cafes also bring out their own latte rivals in the lead up to hanami. 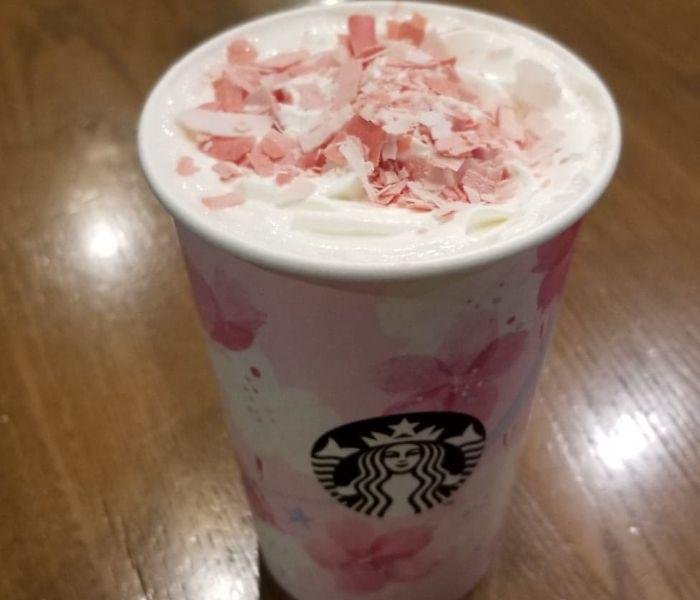 To assist with merrymaking at your hanami party under the sakura trees, sakura sake is produced by a number of makers in Japan. Sakura-themed beer cans are always released, however, although they may look glamorous, inside they often contain just regular beer. But never fear! Real sakura beer is here thanks to Sankt Gallen, a micro-brewery in the Kanagawa area, just south of Tokyo. You'll also find chuhai mixed drinks usually have a seasonal sakura flavor too, to match the pale pink color that resembles a cup of cloudy cherry blossom tea. 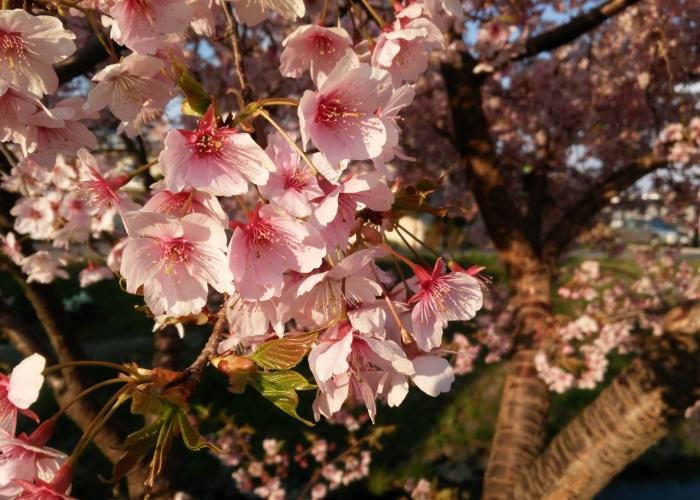 Usually blossoming at the end of March and in early April, you can find beautiful places to have a hanami party all over the city, as Tokyo hosts a number of events for Sakura Matsuri (Cherry Blossom Festival). Big parks and gardens such as Shinjuku Gyoen and Ueno Park have many sakura trees to enjoy, however, Inokashira Park has a beautiful central lake where you can rent boats to cruise around in as well. Walking along the river at Nakameguro during hanami season can be a little hectic but is definitely beautiful, as the pink trees run alongside special pink lanterns for the season. Small yatai food stalls are also dotted along the way down, selling sakura-themed foods as well.

Japan really takes the themed food to the next level, and it is always exciting to see the limited edition sakura-themed foods that are released each year. What other kinds of sakura snack foods will they come up with next?

Experience cherry blossom season like a local! Check out the Cherry Blossom Festival Evening in Nakameguro and Cherry Blossoms Hanami and Food Tour in Yanaka.