When in Japan, you can't miss out on the drinking culture, as the country is famous for a wide range of alcoholic beverages, including Japanese sake, shochu, umeshu, and our focus today: Japanese craft beer. Get a taste of Japanese nightlife as you check out our top Tokyo craft beer bars!

What is Japanese Craft Beer?

Craft beer is a familiar term for every beer-lover. Not your ordinary mass-produced can of beer, craft beer is made in the traditional way by independent small-batch breweries. Although craft beer is a foreign concept, it echoes the Japanese spirit of craftsmanship. While craft beer is not a rare sight as you wander around the popular drinking areas, it is actually relatively new here. In fact, Japanese craft beer has only been around for about three decades!

During the mid-1990s, the Japanese government finally softened the strict restrictions on brewing licenses, which granted opportunities for smaller breweries to enter the market. In the beginning, the development of ji-biru (local craft beer) wasn’t very successful due to the lack of experience and knowledge.

﻿However, Japan's craft beer scene has been flourishing ever since the establishment of The Craft Beer Association, and the emergence of craft beer festivals in various parts of Japan, including Oedo Beer Festival in Tokyo and Kyushu Beer Festival in Fukuoka. There, brewers can share knowledge and improve their skills, while craft beer enthusiasts can experience domestic brews from across Japan.

These days, Japanese craft beer is highly respected in international competitions, so now might be the best time to check out craft beer bars in Japan! 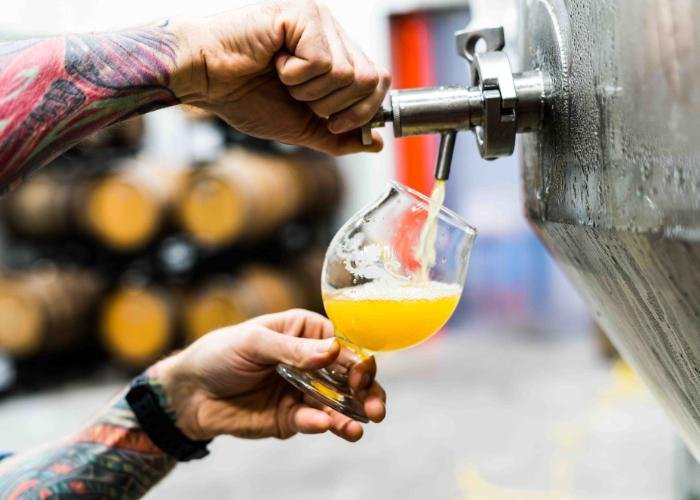 While bar-hopping in Tokyo, it’s not difficult to find Japanese beer like Asahi and Kirin, but if you are aiming for something a bit more unique, look for craft beer bars!

Here are ten of the top craft beer bars in Tokyo where you can experience Japanese drinking culture and try some tasty brews. 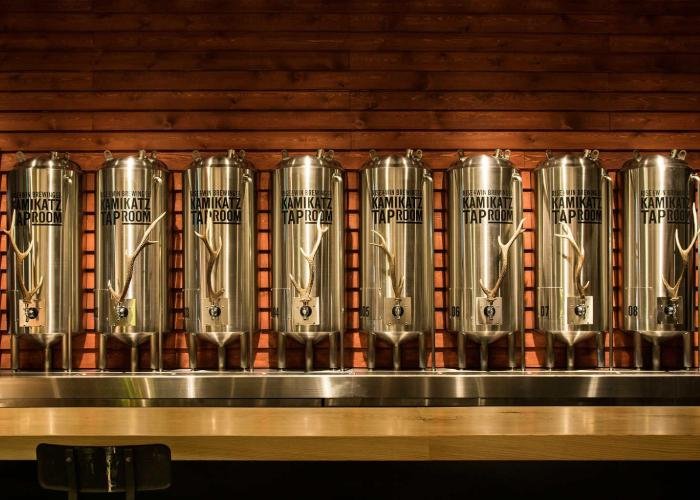 Situated just next to Tokyo Tower, Kamikatz Taproom is a bar that sources from a microbrewery based in the town of Kamikatsu, Tokushima, on Shikoku Island. Drawing from a sustainable concept, the interior design focuses on upcycled and repurposed items, like a chandelier of glass bottles. The highlight is the bar counter, crafted from an enormous recycled tree trunk from Kamikatsu.

With eight taps available, Kamikatz offers a variety of styles of craft beer. The must-try craft beers are those locally sourced from Kamikatz’s own brewery, including the fruity LEUVEN WHITE flavored with local citrus fruits called yuko. The bar also has other domestic Japanese and international guest beers on tap.

As for the food selection, there are several meat and fish options and also a wide range of vegetarian foods. 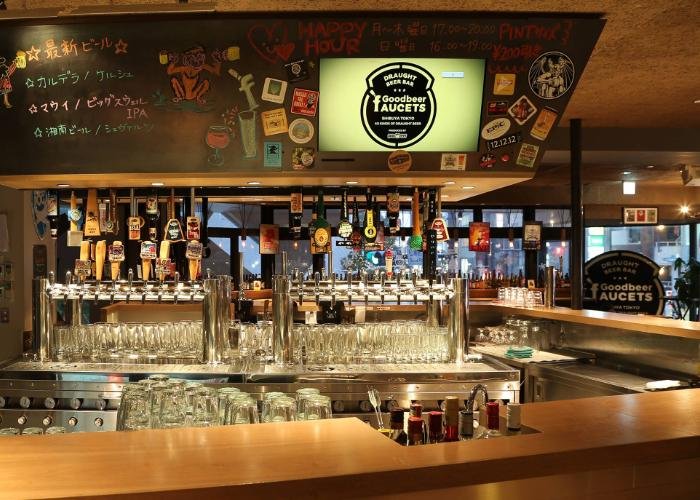 Located at the heart of bustling Shibuya, Goodbeer Faucets offers over forty draft beers, primarily from Japanese and American breweries, along with three taps of ale and a series of bottled beers. The featured house beers include fruity MONSTER IPA with a balance between bitterness from hops and sweetness from the malt, GBF GYARU BLOND with the tropical aroma of mango, traditional British-style SMOKE PUMP STOUT with deep smoky flavor, and the light and fruity GBF YUZU DREAM.

With a seasonally changing menu, the food, ranging from light snacks to main dishes, also pairs well with the craft beers. 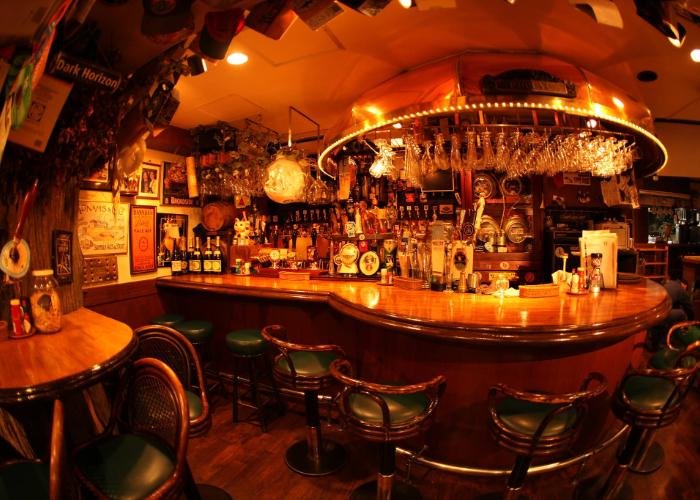 With over 70 beers on tap, Popeye is one of the best-known Tokyo craft beer bar. Popeye has an enormous selection of craft beer, offering rare domestic beers from microbreweries alongside European and American brands.

Check out their official website for daily beer selection (the list is so long, you can’t stop scrolling). The food menu might not be as interesting as other bars, but if you're looking for the place with the largest collection of craft beers, Popeye is the ideal craft beer bar in Tokyo! 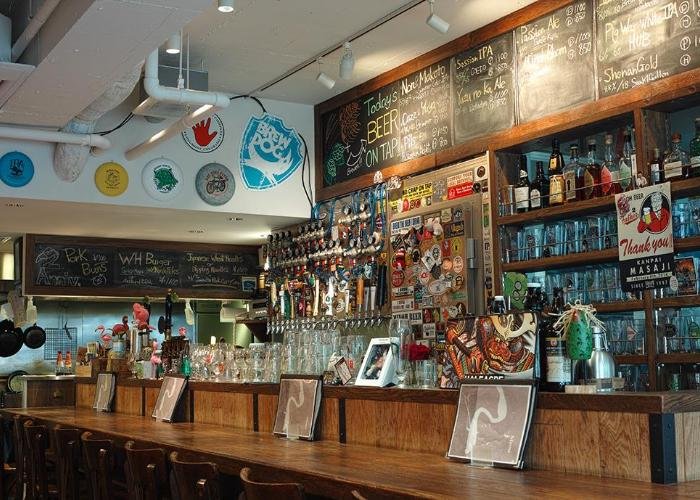 Located at the center of Shibuya, the pioneering craft beer bar Watering Hole offers more than twenty-one brews from Japan and overseas. The price might be a tad expensive compared to other bars in Tokyo, but take note that this popular bar is run by the famous award-winning brewer Ichiri Fujiura, who actually owns a nano-brewery inside the bar.

Feel free to ask the staff for their osusume (recommendation) as they are the experts in the field. There are also decent burgers and salads that pair well with drinks. Check out their official site for a list of today’s beers on tap. 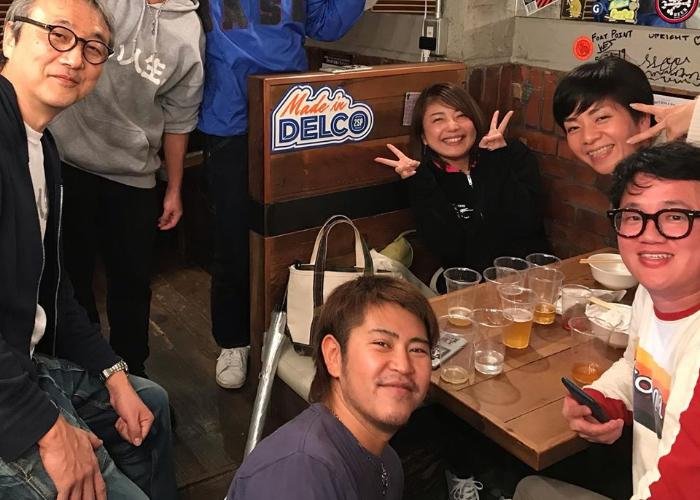 Located in the popular drinking area Ebisu, TBE Brewing offers ten taps of beer mainly from Japanese breweries, and even has its own brand. The name is an abbreviation of “The Best Ever,” and they aim to provide the best quality craft beers.

TBE Brewing is highly praised for serving a wide variety of bar foods, which have better-than-average quality and suit the drinks well. The bar attracts a mostly Japanese crowd--locals always know best! 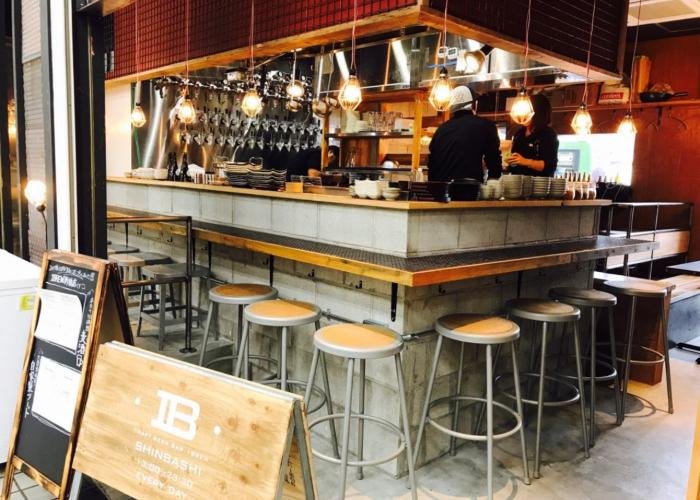 iBrew is a craft beer bar with a few locations in Tokyo, namely Ginza, Ebisu, Akihabara, and Shinbashi. Their bars have a lovely drinking environment with the warmth from the open kitchen and the dim yellowish lighting that creates a cozy atmosphere. They offer a fantastic selection of beer on tap (mostly Japanese varieties), while the menu changes from time to time.

Located in the so-called "salaryman capital of Tokyo," Shinbashi, this is one of the most affordable craft beer bars you can find in Tokyo - a pint could cost less than 300 yen! The ridiculous cheap price could be explained by the bar's name: Shinshu is the ancient name of Nagano, which is the major production area of Japanese booze, and Osake Mura literally means “alcohol village.”

At Shinshu Osake Mura, you can taste many types of alcohol, not only because of its huge selection but also the affordable price. For craft beer options, there are several bottled brands and some brews on tap. However, be prepared to get squeezed by the crowds as it’s an extremely popular bar because, well… you can probably tell why! 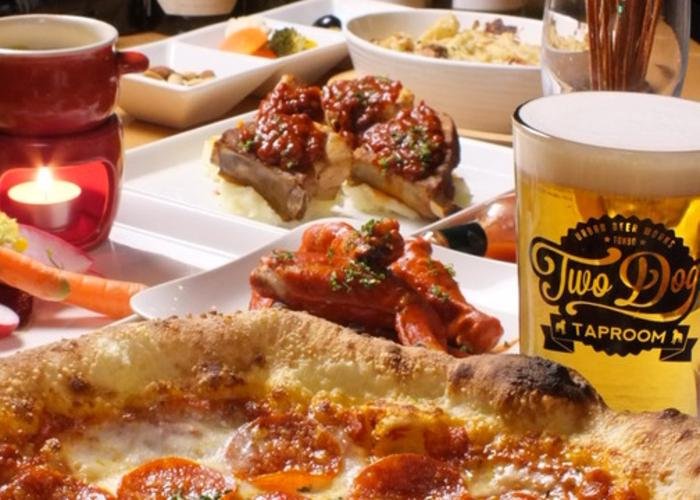 Located in Roppongi, Two Dogs Taproom is a craft beer bar and pizza place in Tokyo where you can enjoy freshly-baked California-style pizza. There are twenty-five craft beers on tap, split between Japanese and international varieties. Don’t miss out their original house beer, the Roppongi Pale Ale.

Good news for sports fans, at this bar you can also watch live games with a beer in hand alongside fellow fans! 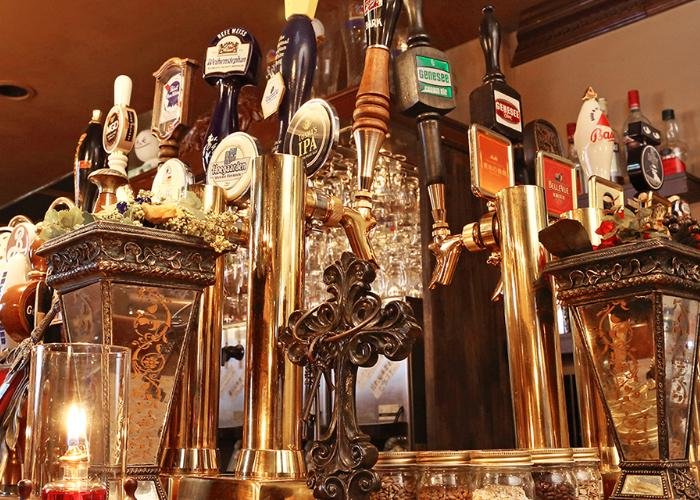 THE GRIFFON is a craft beer bar in Shibuya that's extremely popular among Japanese Tokyoites. There are awesome selections on tap, always stocking more than twenty craft beers from local and international breweries. Considering the quality of the brews, the price is actually reasonable, however, you can always save more by heading there during happy hours. Come and catch live sports games showing onscreen! 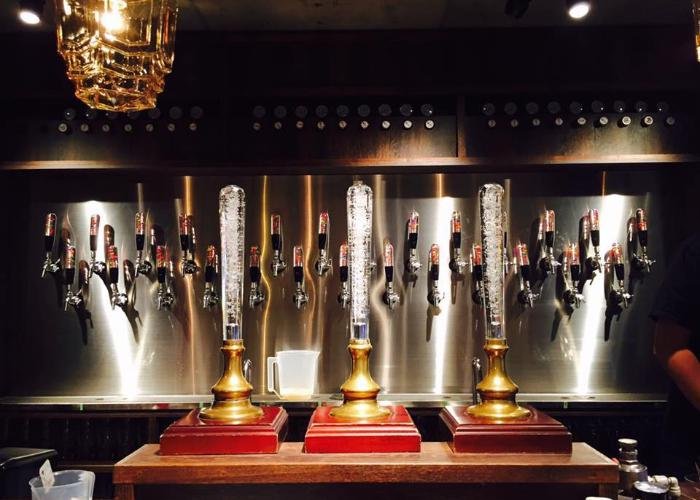 Ushitora has two sister bars situated across the street from one another. You can choose according to your preference: Ushitora One offers counter and table seating and Western food, while Ushitora Two is a more casual standing bar that serves Japanese food like kushiage and oden. There are more than thirty-five taps of craft beer with a focus on Japanese brewers, while ten of them are sourced from Ushitora’s own craft beer brewery in Tochigi. 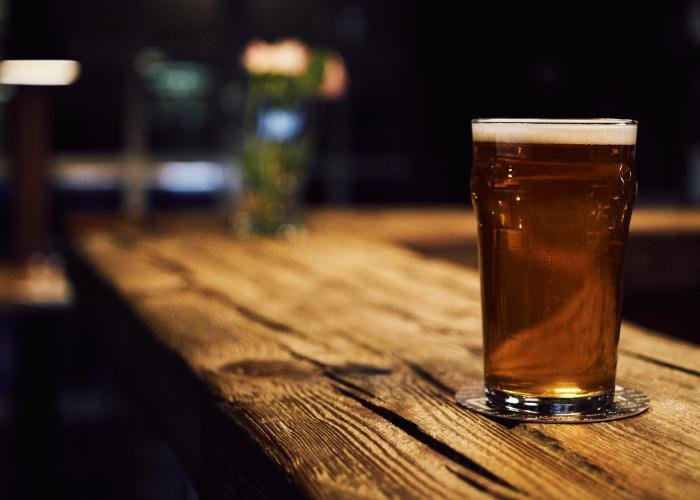 Hopefully, this guide on craft beer bars in Tokyo can help you to find your first stop to discover the beauty of Japanese beers. Maybe one of the bars will even become your new favorite hangout spot. Happy drinking!

Interested in Japanese sake bars? Check out our Best Sake Bars in Tokyo or browse tastings in Japan!

We strive to be as accurate as possible and keep up with the changing landscape of Japan’s food and travel industries. If you spot any inaccuracies, please send a report.
0
Click clap if you like this post
Tan Cai Ee
Echo is a forever-18-year old travel and food addict from Malaysia, currently studying in Hong Kong and now taking an internship in Tokyo. She genuinely believes that trying out local food is one of the most essential things for every satisfying trip. Here’s a comment from an anonymous travel buddy – “We could never save budget on food as she always pulls a long face whenever she’s hungry.”
SEE ALL POSTS
You may also be interested in
Travel Tips