What to Eat in Kobe: A Portal to Beef and Beyond

At the base of Mount Rokko, the port city of Kobe is nestled right next to Osaka, looking out onto Osaka Bay. Far more subdued than its rambunctious no-rules neighbor, Kobe is a quaint yet proudly multicultural town that can easily be explored by walking.

Once serving as a major port for Kansai back in the day when foreign trade was finally opened, Kobe had a lot of contact with other cultures. Now Kobe is seen as one of the most multicultural cities in Japan, with a big community of foreigners. Notably, the city is home to one of Japan’s three biggest Chinatowns, Nankinmachi, founded by Chinese merchants who settled in the city.

Kobe instantly brings to mind one thing: Kobe beef. While Kobe beef is, of course, world-class and undeniably delicious, the city of Kobe has much more to offer than simply just meat.

Not sure what to eat in Kobe other than their famous beef? Sandwiched between the mountains and the sea, the food in Kobe sees a lot of influence from these elements, as well as culinary input from the greater Hyogo Prefecture and the neighboring Kansai region. Find out exactly what to eat in Kobe right here in our handy guide to Kobe food.

What to Eat in Kobe

Here are some of the top foods to eat in Kobe: 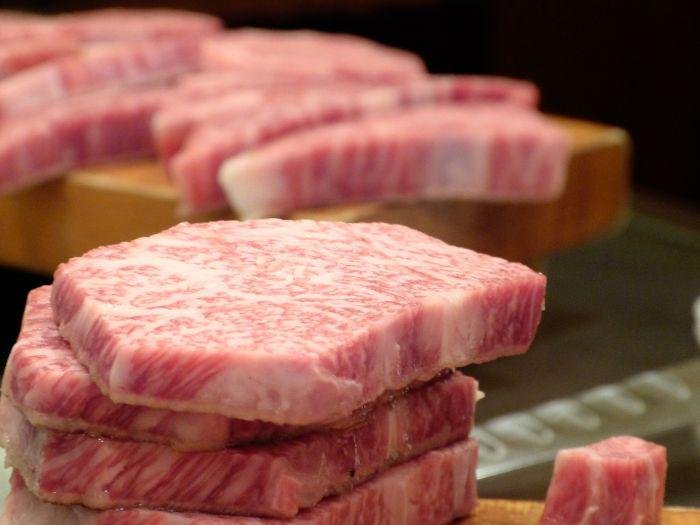 Besides the coincidental association with basketball, the first thing that comes to mind when you think of Kobe is probably Kobe beef, a type of Japanese wagyu (beef from cattle that are native to Japan). Marbled and succulent, Kobe beef is up there alongside Matsusaka, Omi, and Hida beef as one of the most famous wagyu brands in Japan.

Kobe beef comes from purebred black Japanese cattle of the Tajima breed, and has to pass a number of strict requirements to officially be bestowed with the label of Kobe beef, like having been raised in Hyogo Prefecture. You’ve probably heard stories of Kobe cattle being pampered with massages, beers, and classical music, and while this luxurious lifestyle can be neither confirmed nor denied, Kobe beef is absolutely worth eating. The only catch is that it comes with a hefty price tag.

Full of flavor and tender when cooked, there are a number of ways to have Kobe beef. While its popularly enjoyed as steak or grilled on a teppanyaki hot plate, Kobe beef is also used in nabe hot pots and fried dishes too. 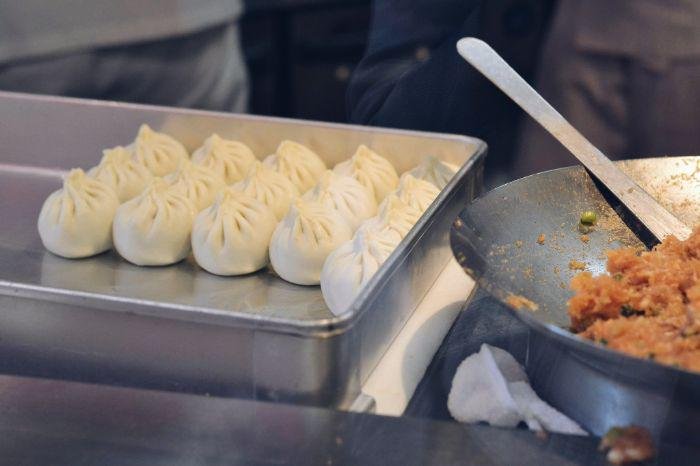 Kobe served as an essential port to the Kansai area once Japan opened up foreign trade and gained access to foods of the world. Chinese food or chuka ryori in Kobe has since had a long legacy once Chinese merchants settled within the city, leaving Kobe now with one of the three biggest Chinatowns in Japan, Nankinmachi. Full of wondrous street food and chuka ryori restaurants, the juicy Peking duck, crunchy fried dumplings, and dense pork buns are just some of the many Chinese foods that you must eat while in Kobe.

Check out our Kobe Chinatown Street Food Guide to read about the must-try chuka ryori spots in Nankinmachi.

For those who are familiar with takoyaki, the famous octopus balls from Osaka and the greater Kansai area, akashiyaki might not be so much of a head-scratcher. Hailing from the Hyogo Prefecture, akashiyaki is the long-lost cousin of takoyaki. Both are individual dumplings made from a loose batter, containing pieces of octopus. The main difference is that akashiyaki’s batter is eggier, and the dumplings come with a dashi broth for dipping. 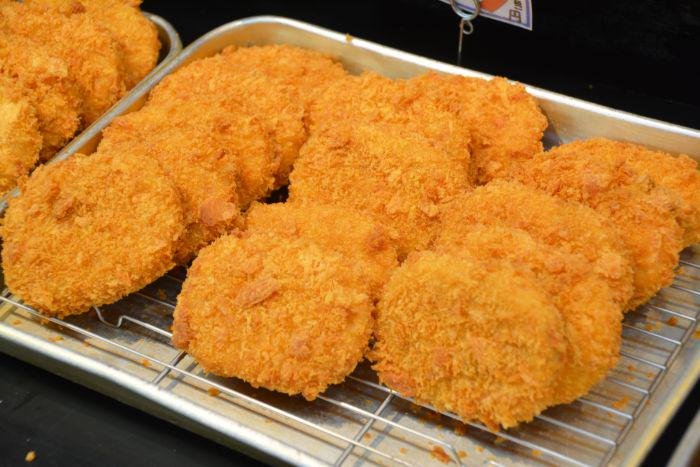 Korokke is a simple yet delicious fried food, derived from the French word “croquette.” It’s a type of Western-style food (yoshoku), consisting of a meat or vegetable mixture that's formed into patties, panko-crumbed, and deep-fried. Sure, they’re a common snack around Japan, typically with fillings mixed with mashed potato, but they’re particularly delicious in Kobe. There are a number of famous croquette shops throughout Kobe, with even some made with the famous Kobe beef, for a luxury snack. 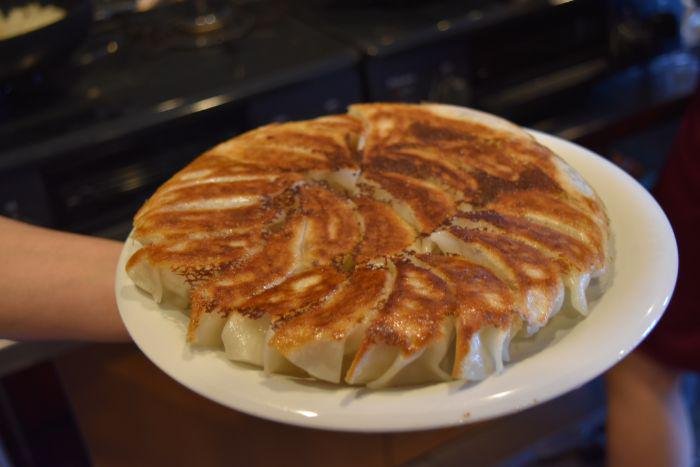 We briefly touched on dumplings in the chuka ryori section, however, gyoza dumplings in Kobe must get their own mention. Of course, gyoza were introduced from China, but the presence of Nankinmachi Chinatown has assured a strong Chinese influence and hence, an enduring love of dumplings in Kobe. Gyoza are especially delicious in Kobe due to the high-quality meats used in the area. 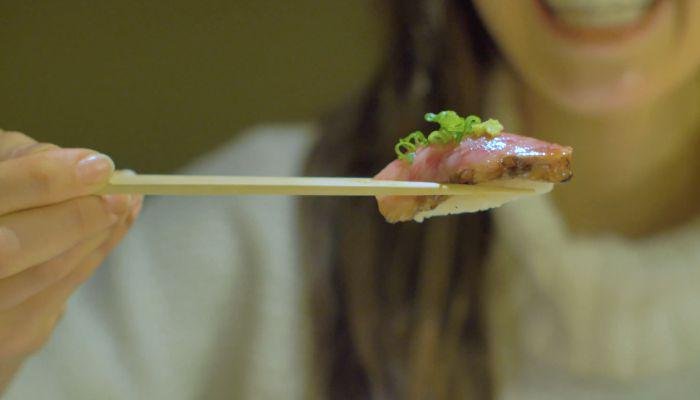 The portside location of Kobe means that there is amazing access to seafood in the city. It’s only natural that Kobe sushi is especially fresh and tasty, with a wide variety of fish and flavors available throughout the year. While it’s not strictly seafood, you can also get pieces of nigiri “sushi” topped with slices of Kobe beef for a delicious sushi fusion. 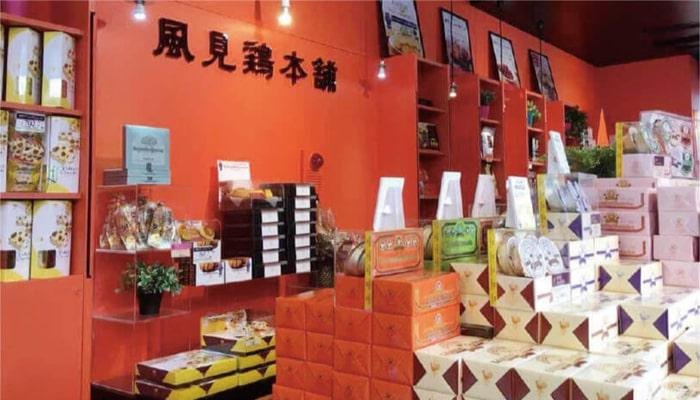 Now, what to eat in Kobe for dessert, you’re obviously wondering? The Kitaro-cho area of Kobe is a quaint place to explore for an afternoon, full of well-preserved houses built by foreign residents in the wake of World War II. Here, you'll find Kazamidori Honpo, the shop where you can get the best dessert in Kobe: cheesecake soft cream/

Complete with chunks of actual cheesecake, this Kobe specialty soft cream is an essential dessert to try on a trip to Kobe. Although, if you’re not a cheese fan (no judgment) they also have other interesting and colorful soft cream flavors on offer too. Kazamidori serves as one of Kobe’s most popular souvenir shops, where you can also get cheesecake souffle, baked cheese tarts, and more! 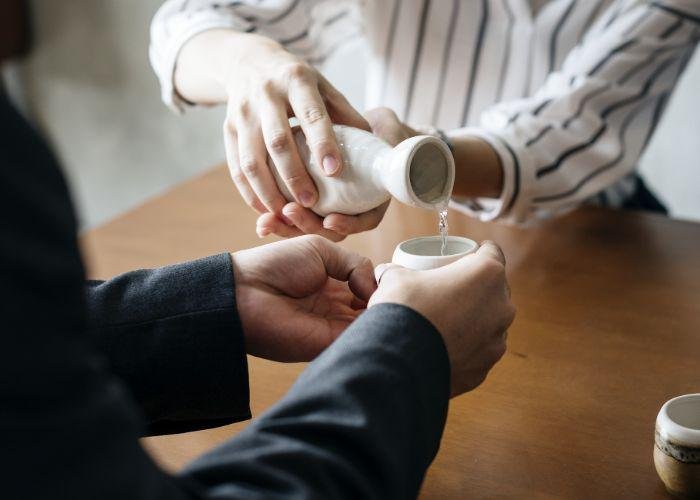 Sake from the Nada district is made from “brewer’s rice,” which is grown from the soil of Mount Rokko, the glorious hilly landscape that Kobe backs onto. Rich in minerals from the fertile soil, the rice is ultra high-quality, resulting in sake that is also exceptionally delicious. The portside location of Kobe also meant that distribution of this long-standing high-quality sake was easy, in close proximity to a transport hub.

Now you know what to eat in Kobe, from splurging on Kobe beef to indulging in a Chinatown street food feast. A few hundred yen and a short train ride away from Osaka, you can easily make a day trip to Kobe to try its delicacies. Enjoy the landscape framed by Mount Rokko, or an outlook over the port, and enjoy some delicious food on your trip to Kobe.

We strive to be as accurate as possible and keep up with the changing landscape of Japan’s food and travel industries. If you spot any inaccuracies, please send a report.
0
Click clap if you like this post
Lucy Baker
Never not hungry, Lucy is an artist and foodie from Australia. You can find her hunting for the next delicious deal, documenting her food, or brunching. She lives firmly by the philosophy that food friends are the best of friends.
SEE ALL POSTS
You may also be interested in
Kobe

Beginner's Guide to Kobe Beef: What is Kobe Beef & How It's Rated