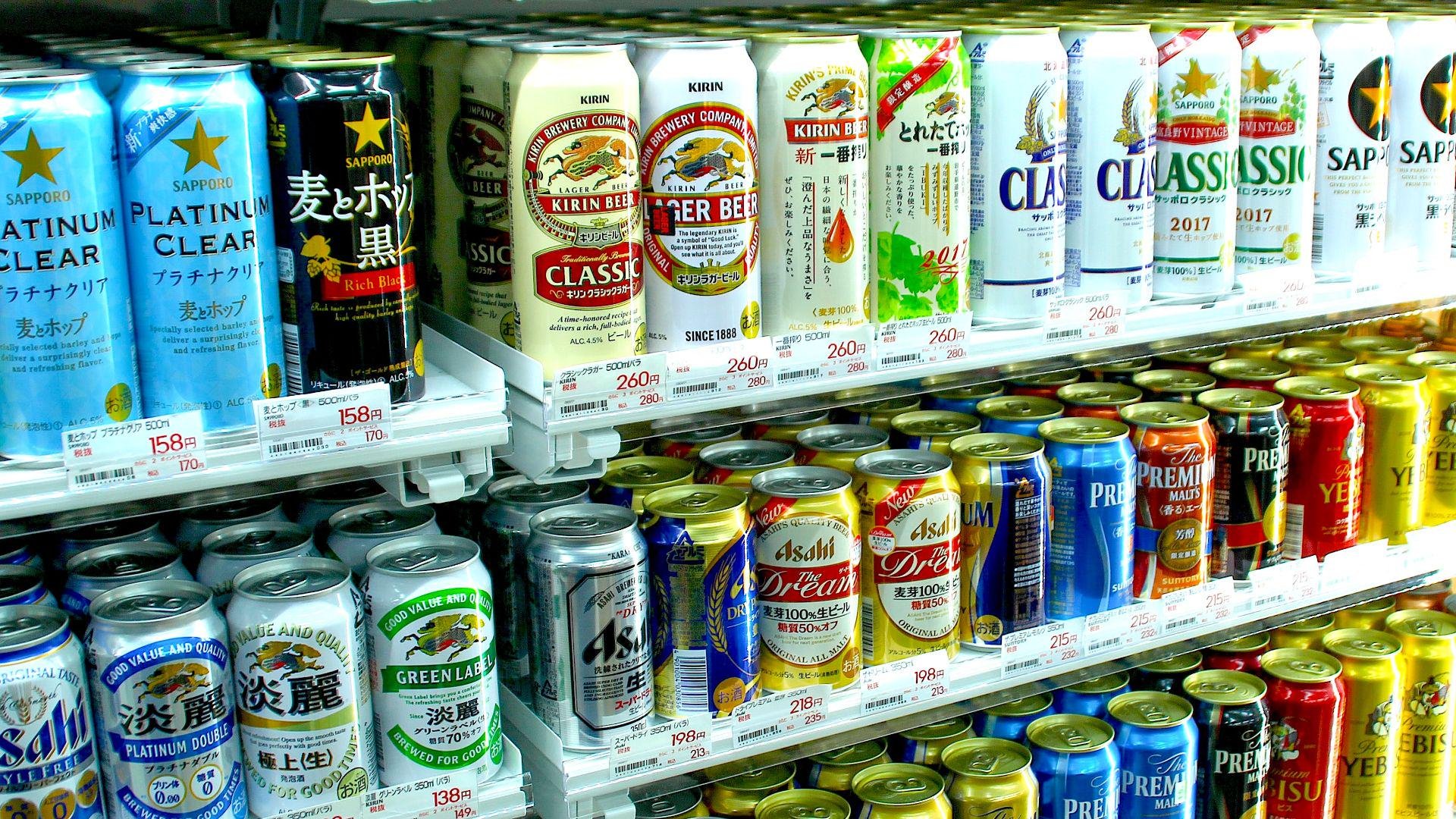 Beer is one of the most popular alcoholic drinks in Japan, and is consumed even more than the national alcohol, sake (Japanese rice wine). When it comes to Japanese beer, it’s often ordered first to kick start a night out with groups of friends or as knock-off drinks for salarymen with the big boss. Made using high-quality ingredients, fresh running waters from mountains in the local landscapes, and an unbeatable craftsmanship mindset, Japanese beer is typically crisp, clean, and delicious. 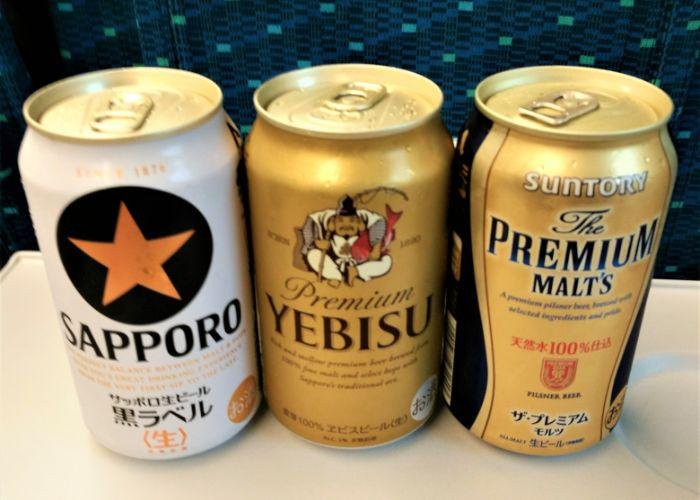 Japanese beer giants like Asahi, Sapporo, and Kirin are now household names overseas, with a range of tasty beer products available in Japan. Suntory also joins these brands to make up the country’s top four beer producers. They are the classic beer to order in Japan to enjoy alongside delicious drinking snacks at local izakayas. Throughout Japan and especially in the bigger cities like Tokyo, there is a rapidly growing craft beer scene as well.

Here’s your essential guide to Japanese beer, including the top 10 beers you should try on your next visit to the land of the rising sun! They all go well with the classic Japanese drinking snack, kakipi (a mix of peanuts and crunchy mochi chips shaped like Japanese persimmon seeds). If you're drinking with a group, be sure to always pour some Japanese beer for others before yourself, and make sure there are no empty glasses!

What is Japanese Beer made of? 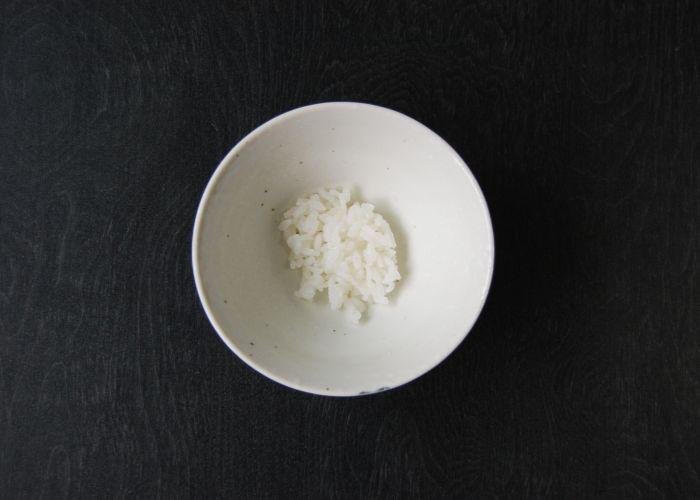 You will notice a lighter and clean flavor from many Japanese beer brands such as Asahi, Kirin, and Sapporo, which comes from incorporating rice into their recipes. While not every brewery uses rice, it's a common aspect of many Japanese brewers’ recipes as one of the country’s staple ingredients. They also tend to have a lower malt content, and an alcohol percentage averaging 5%.

A Short History of Japanese Beer

It's believed that Japan had some exposure to beer initially introduced by Dutch traders during the 17th century, but it was not available more widely outside of the upper classes until the 19th century. Once Japan had opened to foreign trade during the Meiji Period, foreign brewers got to work contributing to the local production of beer and training local brewers. In the later years of the 1800s, the Kirin Brewery Company, Sapporo Brewery (the first brewery in Japan), and Asahi Breweries opened among many others for wide-scale mass production. Today, there are plenty of microbreweries around as well, featuring limited-edition flavored beer released every season. 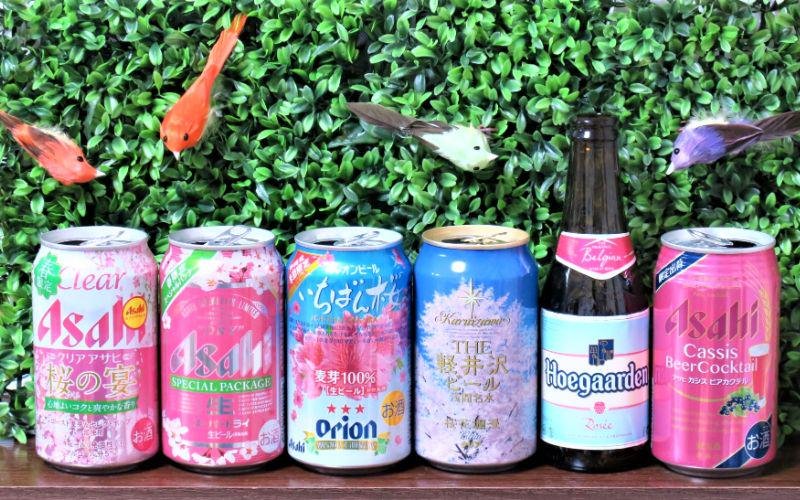 There are many breweries around the country, but here are the top 10 best, essential beers you should try while in Japan.

In its iconic silver can, Asahi Super Dry was first launched in 1987 and is one of Japan’s most famous and much-loved beers. Brewed by Asahi, Super Dry was Japan’s first dry draft beer. Known for its refreshing flavor, it's one of the Japanese beers known throughout the world and available on tap at many restaurants and bars within the country. 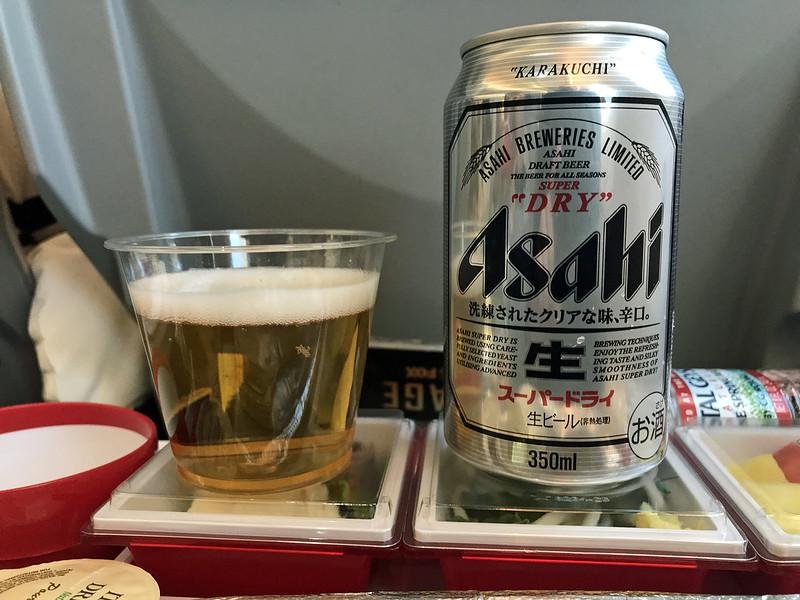 Launched in 2002 by Kirin Brewing Company, Kirin Tanrei Green Label Beer has a white can and iconic green labeling. It’s among the best-selling beer in the country and is well known for being an affordable Japanese beer. With a low malt ratio, Tanrei Green Label has richness and sharpness, balanced by a premium taste. 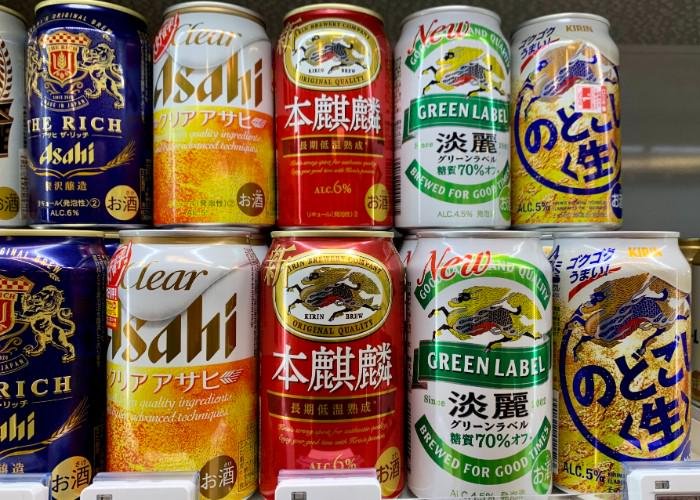 Premium beer is here! The Suntory beer brand really stands out by using high-quality brewing techniques to brew this malty, aromatic beer. The Premium Malts Beer has a high-quality foam and delicious flavor as a draft-style pilsner beer. 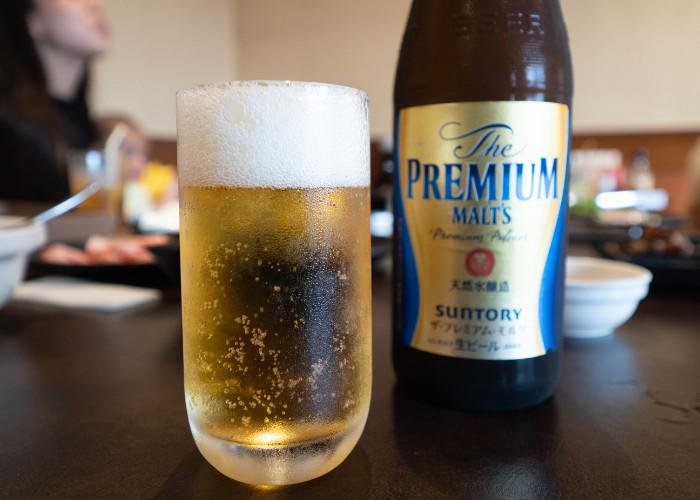 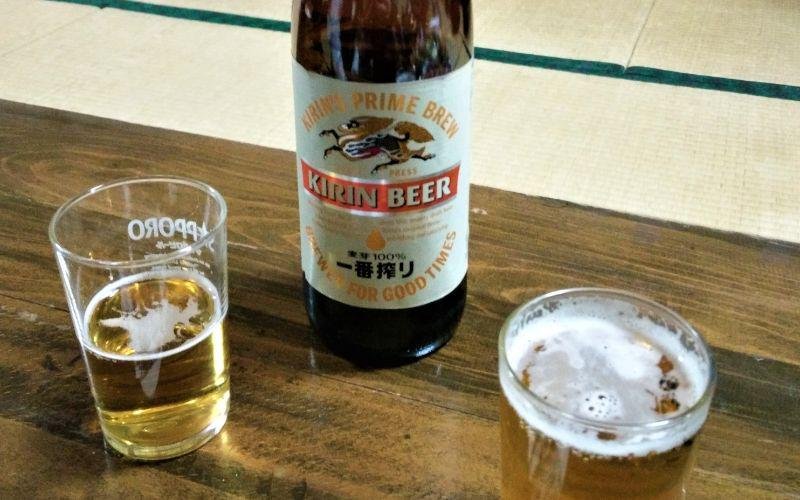 In its signature royal blue can, Suntory Kinmugi Rich Malt Beer is characterized by its rich use of aromatic hops and bitter hops. Balanced together with a gentle foam and medium fizziness, this golden-colored Japanese beer indeed has a rich malt flavor. 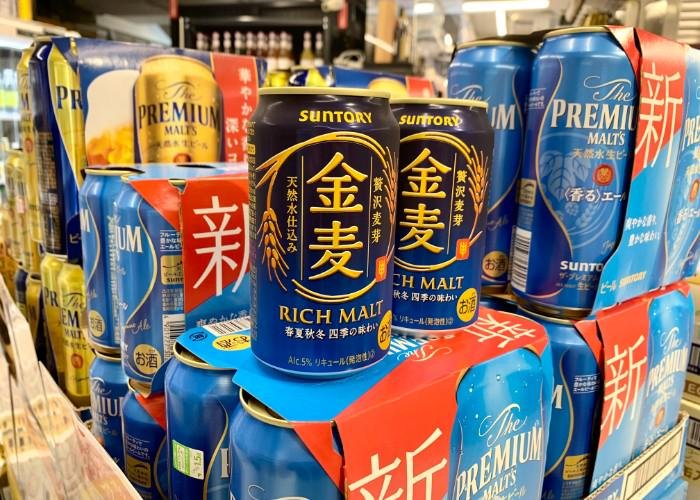 Created by Sapporo Brewing in 1887, Yebisu Beer is a premium and award-winning brew whose name and logo are inspired by the Japanese mythological god of fortune. Yebisu makes for a great session beer for its even use of hops, subtle froth, and rich malt flavor. 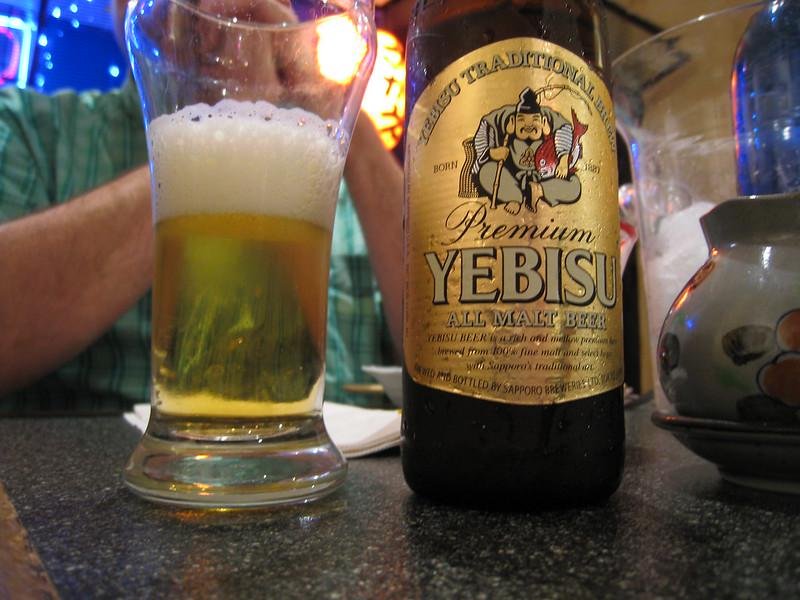 Loved in Japan for over 130 years, Kirin Lager beer has an intense taste and is a classic beer of Japan. Its foam has a signature thickness to it and is aged at a low temperature. This gives this lager an astringency compared to standard beer, but it's still not too bitter. 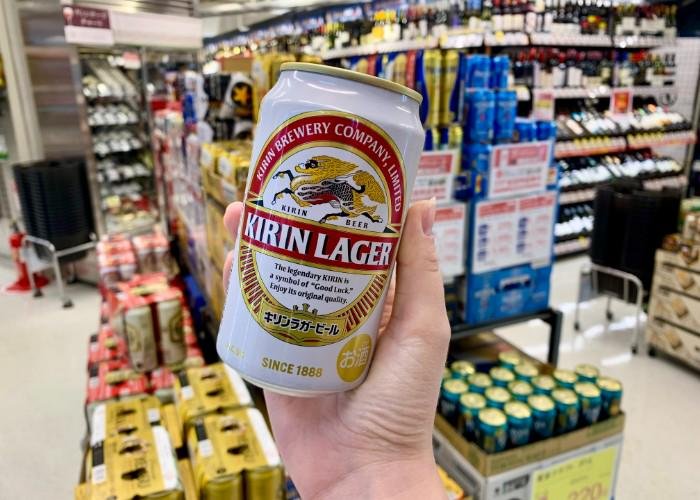 You can’t miss this brew from Hokkaido with its iconic star, Sapporo Black Label Beer is a premium brew that packs a punch! Made from barley and a special brewing technique to preserve the flavor of the beer, it has a long-lasting malt taste. It's a popular Japanese beer around the world. 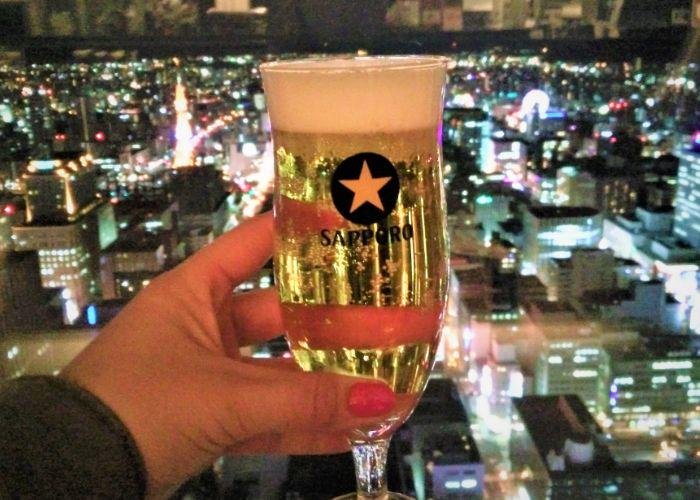 Produced by Kirin, Nodogoshi Nama is a low gluten, happoshu style beer from Japan. The term happoshu means a “low-malt beer-like beverage”. Beer companies created alcoholic drinks with a lesser malt percentage for reduced tax rates, but these happoshu still give drinkers a great beer-like experience, and Nodogoshi is one of the cheapest on the market. 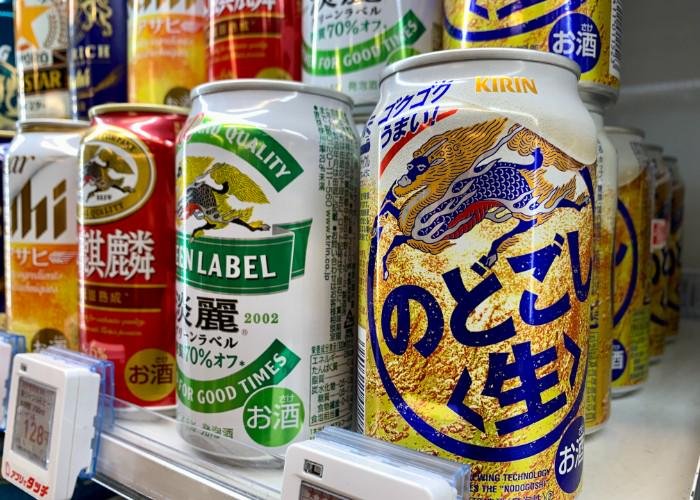 The cult-favorite beer that was born in Japan’s southern islands of Okinawa, Orion Draft Beer is mild with a crisp aftertaste. Developed in a semitropical climate, this Okinawan draft lager style beer has a rich body that is perfect for both sipping on beautiful Japanese beaches and in bars around Japan. 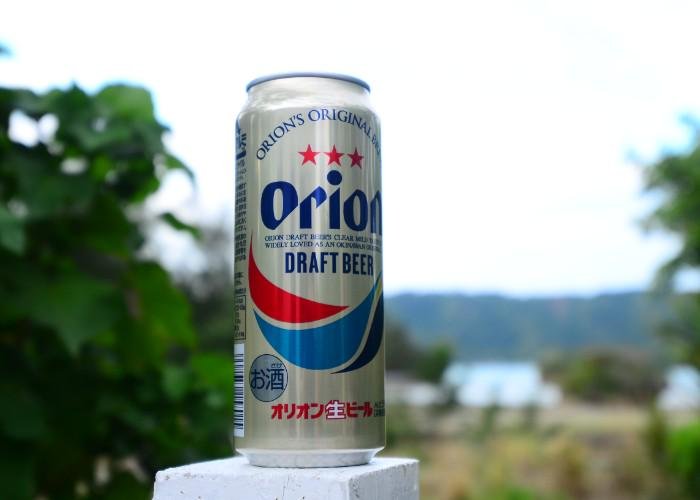 How to order beer in Japanese

With plenty of big players in the Japanese beer game, there are a lot of different Japanese beers to try. In Japan, the legal drinking age is 20 and it's legal to drink alcohol in public spaces. You can easily buy beer on the go from local supermarkets, convenience stores, or even some vending machines! Prices for single cans of beer start at a few hundred yen or a couple of dollars. Some stores may require you to confirm that you are 20 years or older so remember to have a photo ID on you. 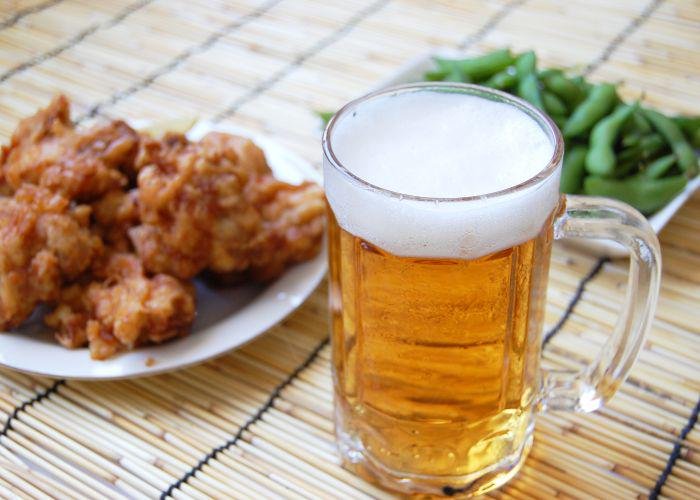 In Japanese, “biru” is the word for beer. As it's a foreign word, beer is written in katakana as “ビール”. In restaurants and bars, the wait staff will greet you with a hearty "irrashaimasse" when you enter. “Nama biru” is the phrase for draft beer (or “生ビール”). Generally, you can order any food or drink with the phrase “Food/Drink o kudasai”, which literally translates to “Food/Drink Please.”

If you want to order Japanese beer at a restaurant or bar, to say "can I have a beer" in Japanese, you can use:

Some of Japan’s oldest breweries have been around since the 1880s, but today, Japanese craft beer breweries and microbreweries are also on the rise. Each prefecture boasts both old and new craft beer bars and specialty stores offering interesting brews featuring local ingredients and regional influences or brewing techniques. Of course, you can’t beat the classics like Asahi, Sapporo, Kirin and Suntory among the top 10 beers in Japan. Beer aficionados, make sure you try them all!

Thirsty? Join us for a Beer Tasting!