As the nights draw in and the temperature drops, it’s sometimes hard to find the appeal of going outside, but there are plenty of events going on in and around the city to keep you busy and get involved in some ancient Japanese traditions, culture, and history. The city is beautifully lit up at night with numerous illuminations taking place across the city, and with a firework display due to take place every Saturday night in Odaiba, there will be plenty of light in your life, to help you get through the dark.

Other than visiting the usual tourist attractions, why not attend some seasonal events that only take place in December. Expect festive foods, floats and fox festivals along with some fireworks to keep you busy. So, here’s a breakdown of all the foody festivities that are happening around Tokyo this December that would be a shame to miss out on in the run-up to the new year.

Here are some top Tokyo events in December! 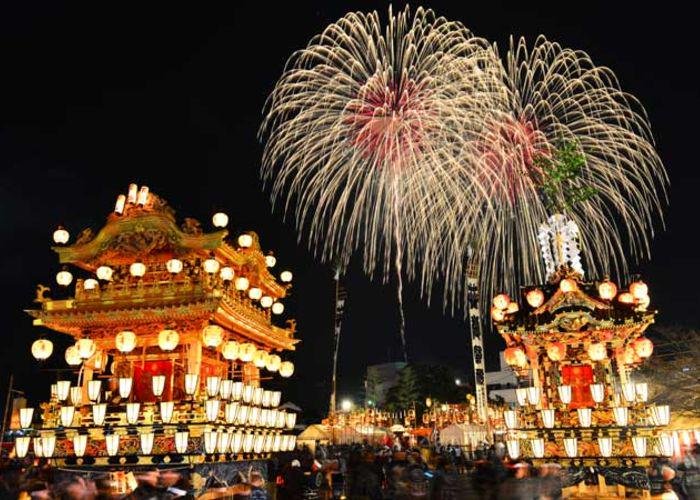 This night festival is one of Japan’s big three: hikiyama (float) festivals, and yomatsuri translates to night festival. This festival takes place at the Chichinu Shrine where large floats that are adorned in lanterns and beautifully decorated with flowers and other colorful carvings. There’s a pre-festival the night before and this festival is one of the few where you are able to see fireworks in winter. Expect plenty of Japanese street food stalls to keep your hunger at bay. Bear in mind that Chichinu is about two hours from Tokyo, so keep an eye on trains so that you can get back home in time. 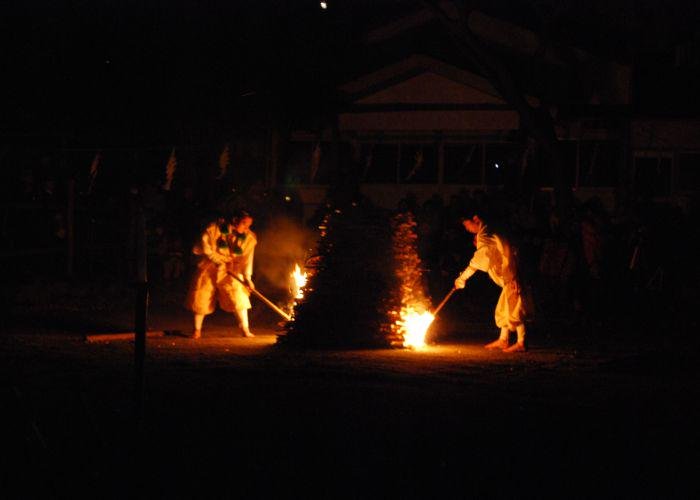 The Akibasan Kongen Yabuse Matsuri, also known as the Akibasan Protection from Fire Festival takes place at the Akibasan Shrine in the Itabashi District of Odawara City. The festival started in the 16th century and is presumed to have started when people wanted protection from fire. The fire portion of the evening is set to start at 7pm and expect robed priests doing a variety of activities with fire, including firing arrows into a bonfire and writing some Chinese characters in the air with a flaming stick. There will be plenty of festival food stalls offering the usual street foods if you are to get hungry in the lead up to the event. 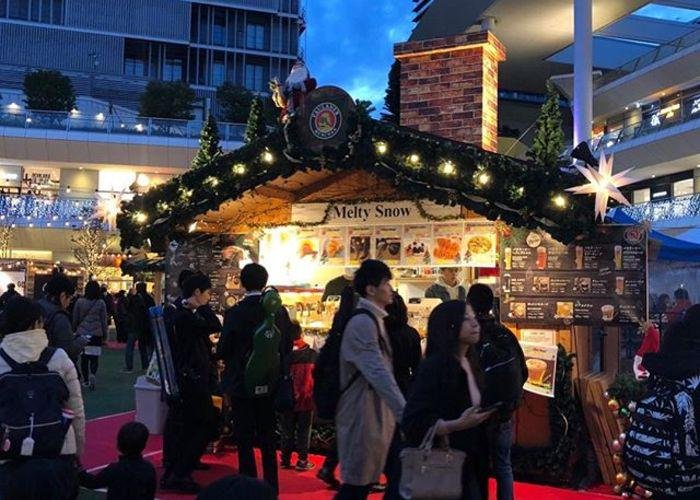 If you aren’t already in the Christmassy mood, the Tokyo Christmas market is sure to change that. It’s sponsored by the German Embassy and the German Tourist Association, so expect plenty of delicious German foods such as Bratwurst and fruit cake along with German-themed gifts and soul-warming mulled wine and hot chocolate. A choir is expected to perform and there will be bright Christmas lights and Christmas trees to get you in the Christmas spirit. 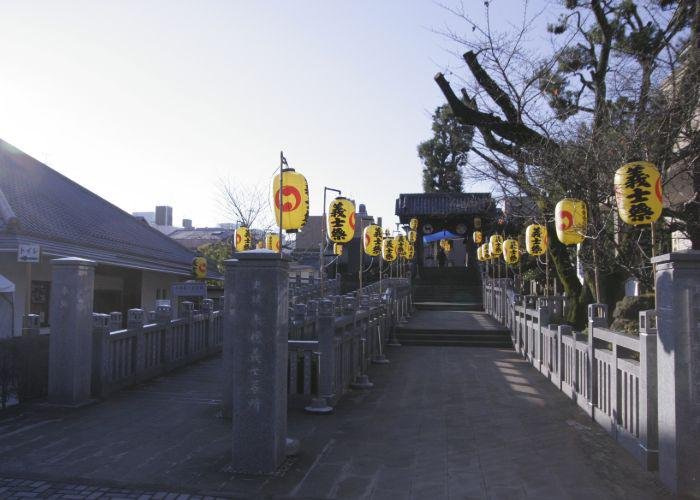 This is a serious memorial festival that is held to commemorate the 47 ronin (leaderless samurai) who avenged the death of their master and then performed seppuku (ritual suicide). They are buried in the temple and many people come to pay their respects by offering incense graveside. The tragic story is a popular theme in Japanese theatre. The event includes a religious graveside ceremony, followed by a ritual tea ceremony and then a memorial service in the main hall. Food stalls will be lined up on the road leading out of the temple with the usual street foods to be expected. 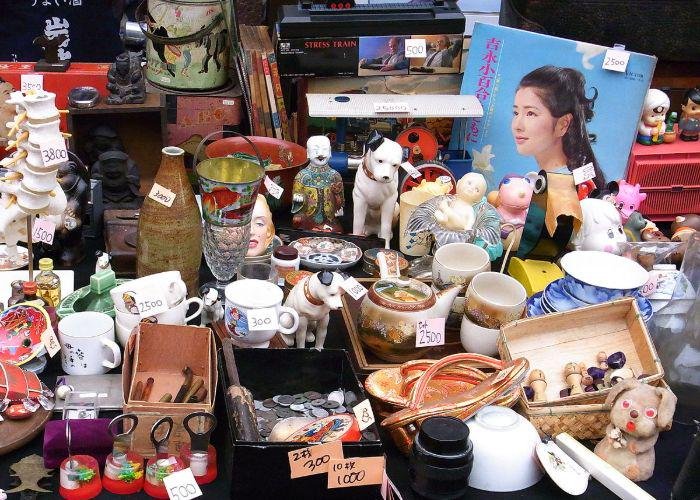 This flea market has been around for a staggering 450 years! It originally started off selling scraps of clothing, but it has now blossomed into one of the biggest flea markets in Tokyo with over 700 vendors selling everything from bargain kimonos to children’s toys and antiques, it really does have it all. We recommend that you get there early to check out all of the best bargains at dirt-cheap prices. There’s an estimated 200,000 visitors each day and hunting for bargains can be hungry work, but not to worry, there will be numerous food stalls in the area. They even have their own “official specialty food”, daikan-mochi which is a type of rice cake that is sure to satisfy your hunger. 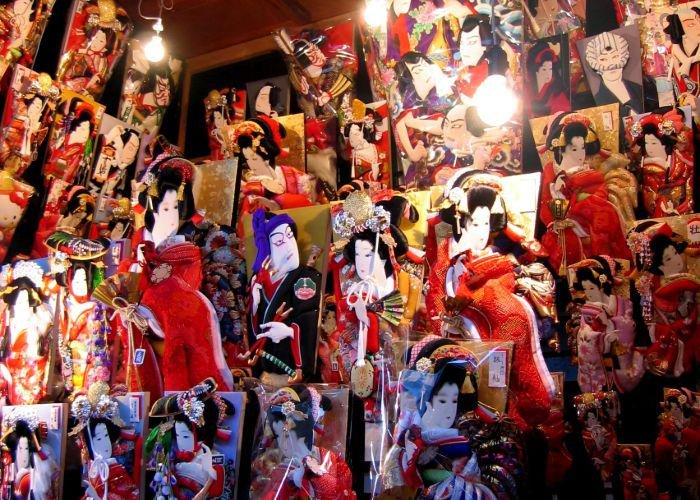 Hagoita are wooden panels that are used to play hanetsuki which is a Japanese game not unlike badminton. The dates are fixed annually, and here you will see elaborately decorated and purely ornamental hagoita which are supposed to welcome good luck and drive away bad luck. You will see that the large extravagant paddles can reach six-digit prices, but they also have cheaper ones and it’s a great place to pick up some souvenirs and there’s no harm in it if they bring you good luck. If you’re the type that enjoys the vibe of Japanese festivals, this would be a good one to attend. Not only can you wander around looking at the beautiful hagoita that’s on display, but also for the food stalls. Expect all the typical Japanese street food specialties such as yakisoba, takoyaki, grilled squid, the list goes on. 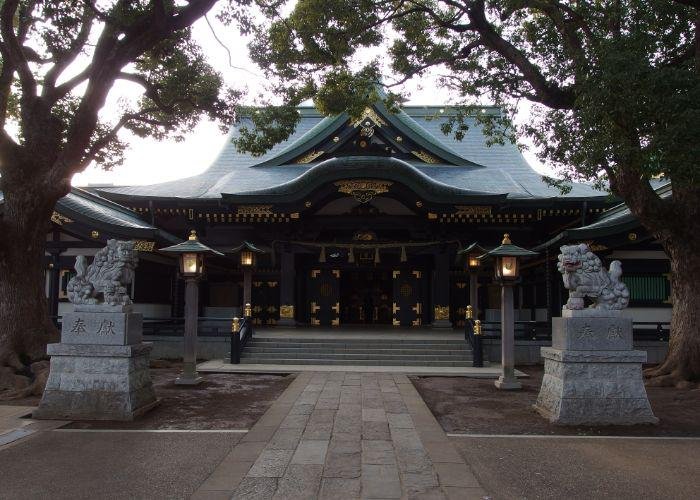 This festival is known as the Touji Matsuri or Toujisai in Japanese and celebrates the shortest day of the year. The festival takes place at the Anahachimangu Shrine and Houjouji Temple in the Nishi Waseda area. To protect yourselves from the long dark nights, invest in a mamori (charm) from the shrine or temple. The charm is called Ichiyo Raifuku which means to turn negative into positive. It’s celebrated specifically at this time of year because December 22nd is the darkest day of the year and from the next day, it gets lighter and lighter. There will be a large winter market with stalls selling winter produce such as carrots, lotus root, and yuzu citrus and hot food to warm you up. 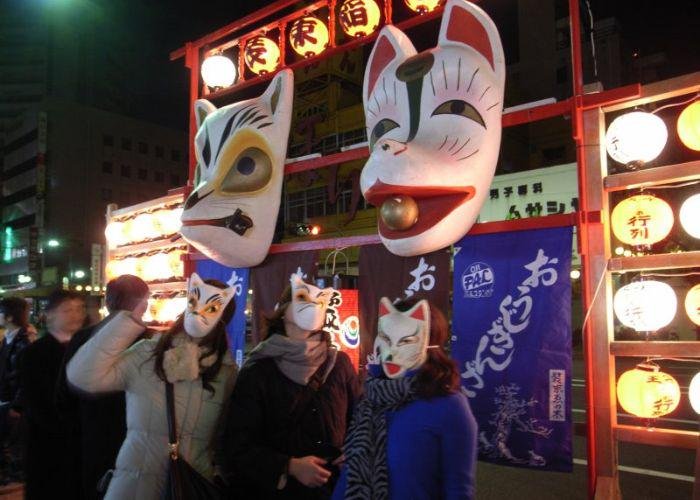 If you fancy ringing in the New Year in a slightly different from the usual way, this festival is for you. Japanese legend has it that on New Year’s Eve, foxes gather from all over Japan under a large tree disguised in human costumes to visit the Oji Inari-jinja Shrine. To honor this tale, the shrine celebrates hatsumode (the first shrine visit of the year during New Year’s Eve/New Year’s) with inspirations from the legend. If you decide to participate, be prepared to commit to the theme, expect an abundance of fox masks with fox paint adorning the faces beneath. There are even quirky stands that sell fox alcohol and fox-themed foods.

Feeling peckish? Browse food experiences in Japan or check out our YouTube channel.

We strive to be as accurate as possible and keep up with the changing landscape of Japan’s food and travel industries. If you spot any inaccuracies, please send a report.
0
Click clap if you like this post
Georgie Morgan
Georgie is a photography enthusiast, ramen obsessed and a self-confessed travel addict. She has visited 49 countries and counting and enjoys eating her way around the world trying unique foods that are specific to each country and region she visits. She hates breakfast food, loves spicy food and can eat eight tacos in two minutes.
SEE ALL POSTS
You may also be interested in
Travel Tips