The first thing that comes to mind when talking about the culinary scene in Japan is seafood, sushi in particular. That, or a hearty bowl of ramen, with slurpable noodles swimming in umami (often meat or fish-based) broth. However, Japan is also home to shojin ryori, the vegetarian food of Buddhist monks. It’s a simple cuisine served without any fish, meat, or animal byproducts, though shojin-style cuisine is not commonly found on the average restaurant menu. While Japan is famous for washoku, a cuisine which uses seaweed, legumes, and lots of vegetables, it is still quite difficult to find vegan restaurants in Tokyo (let alone Japan) because most dishes include dashi, fish stock, despite being dairy or meat-free.

Thankfully, the culinary scene in Japan has been expanding to acknowledge more food restrictions and embrace diversity. One of the effects of this is the much-needed increase in vegan restaurants in Tokyo. We've curated this list of the 7 Best Vegan Restaurants in Tokyo to make finding your next meal a little bit easier.

Here are some of the best vegan restaurants in Tokyo for all your plant-based cravings. 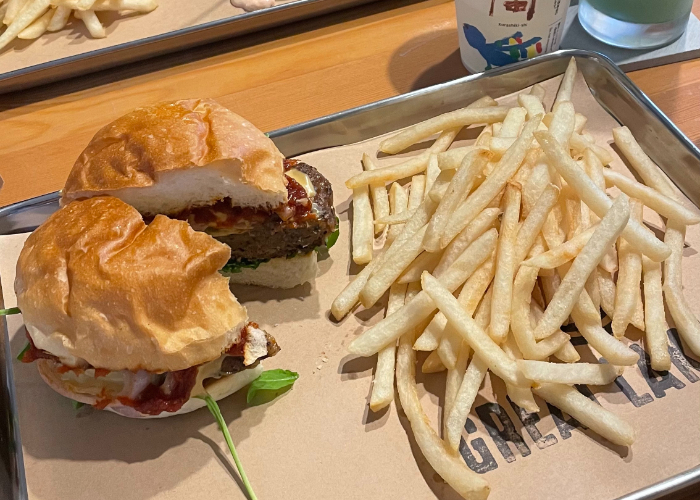 Located between Waseda and Takadanobaba Stations, Great Lakes Tokyo is an American-style vegan burger joint with their own original patty blend, and three unbeatable burgers to choose from.

According to their menu, the patty contains a “blend of shiitake mushrooms, brown rice, onions, herbs, spices, and wheat gluten.” And for all you fermentation nerds out there, the custom-made buns are made using rice koji.

Great Lakes’ signature Superior Burger (not to be confused with Superiority Burger) is made with marinated onions and a thick tomato jam to perk up every bite with sweet acidity. The Michigan Burger is another solid choice, featuring caramelized onions and crinkle-cut pickles. But the Ontario Burger is a personal favorite–a vegan homage to California’s cult favorite In-N-Out burger chain, with a thousand island-style dressing. The raw onion, tomato, and lettuce combo gives a nice crunch and makes this burger the freshest-tasting of the three options.

As an alternative to French fries, order tater tots for a bit of all-American cafeteria nostalgia. They even have cashew nut ice cream and milkshakes, including a refreshing mint shake as a nice palate-cleanser. 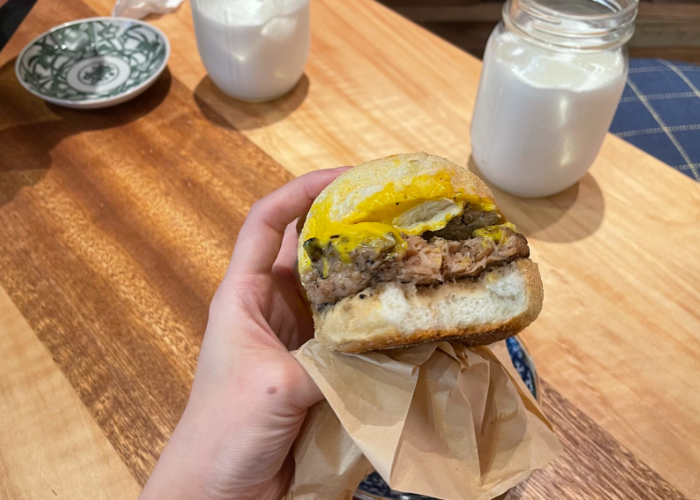 For some quick nibbles you can feel good about, The Nuts Exchange with its zero-waste mission should be your go-to natural food stop in Yoyogi Koen.

Their caramel nut tart has that gooey stick-to-your-teeth quality, chock full of protein-rich nuts like almonds and macadamias, best washed down with a sip of their refreshing iced macadamia nut milk. We highly recommend their “egg” muffin, made with a convincing plant sausage and yuba cheese, a tasty little package that would make the perfect breakfast sando or afternoon snack.

Also on the menu are donut balls (choose a between sweet and salty varieties), pasta of the day, seasonal fruit tart, cornbread, and granola. As for drinks, get juiced up with their Macada Banana, Macada Mango, or Macada Berry beverages, or enjoy some coffee, including a Macadaccino (Australian-style cappuccino).

Vegan food meets CBD at HealthyTokyo CBD Shop & Cafe, one of the three spots featured in our Shibuya cafe video.

A pioneer in CBD, HealthyTokyo is the first shop in Japan specializing in the popular natural remedy, offering CBD oils, gummies, edibles, and more. Their cafe menu is organic, plant-based, and mostly gluten-free, with the option of adding your choice of CBD oil to just about everything. 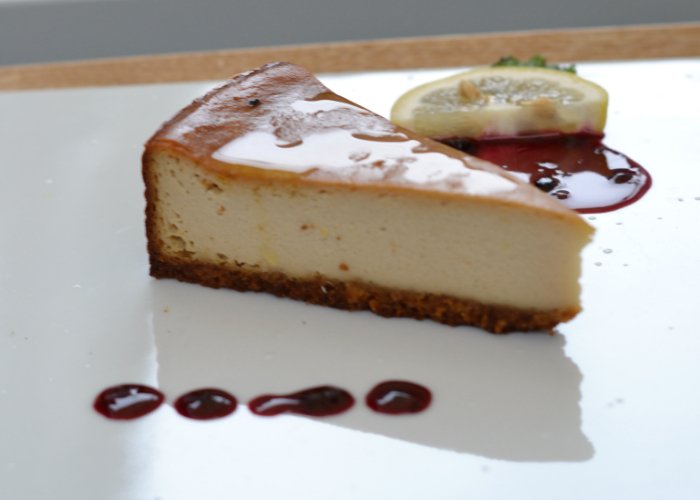 Sip homemade sodas like HealthyTokyo's Ginger Sparkle with a few drops of yuzu CBD oil, or a cafe latte infused with mint CBD oil. The matcha latte, using grade A organic matcha, is also imbued with the bright, citrusy scent of yuzu CBD oil, a combination that’s gently uplifting as well as calming.

HealthyTokyo’s vegan and gluten-free lasagna (made with rice pasta) is a favorite, as well as their cakes like the rich gateaux chocolat and cheesecake (also gluten-free). 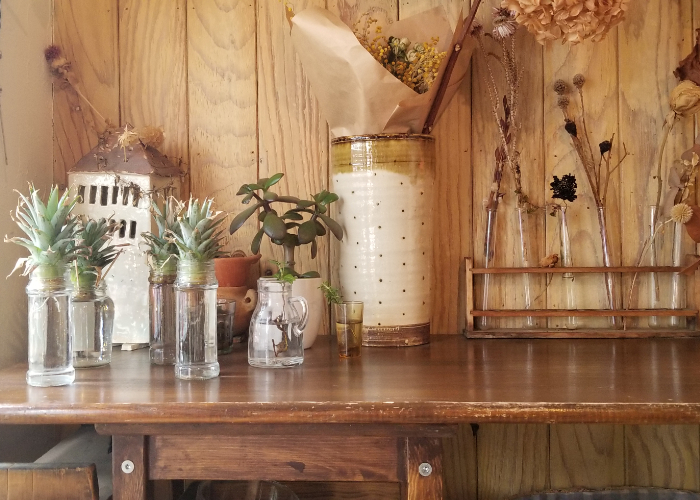 Meu Nota is a vegan cafe in Koenji serving up colorful, fresh plates with enough variety to keep every bite exciting. The cozy space, with ceilings adorned with bouquets of dried plants and counters cluttered with curated knickknacks, feels like home, and the food is just as comforting. 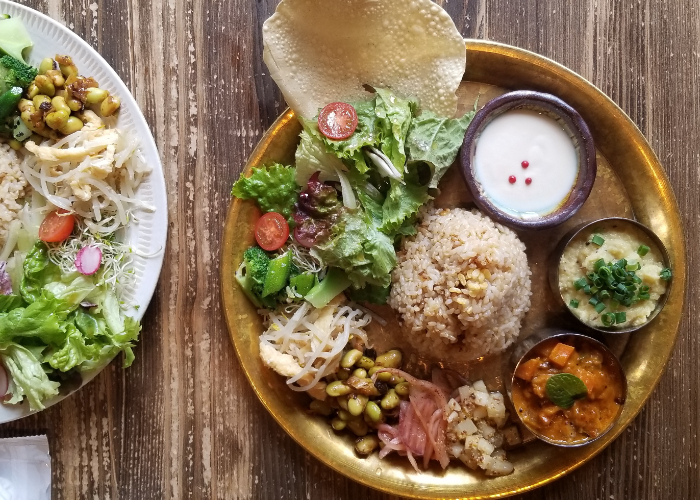 For lunch, choose from a few options including south Indian-style coconut curry lunch set, 30-ingredient taco rice, and veggie and grain deli plate with soup. For dessert, we highly recommend getting the vegan crème brulée, which is creamy and custardy and totally plant-based, with that lovely shell of torched sugar on top.

Distinct from Ain Soph Ripple, while Journey also offers vegan comfort food, they do so alongside an extensive array of course meals and beautifully-presented desserts, with an emphasis on fresh produce. The cozy, warmly-lit space makes for a cute date spot to take your plant-based (or vegan-curious) boo.

One of the highlights at Ain Soph Journey has got to be their Heavenly Pancakes, which are made fresh upon ordering using vegan cheese, and served with homemade soy ice cream, walnuts, and seasonal fruits. 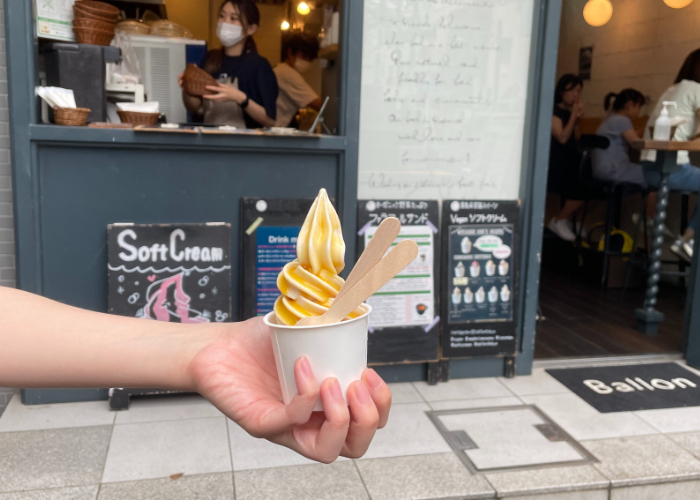 Promoting an environmentally-friendly, healthy style of eating, Ballon in Nakameguro is a 100% vegan falafel restaurant offering some incredible vegan soft serve. Made entirely without eggs, dairy, or sugar, their vegan soft serve comes with 9 different topping options. At Ballon, they pride themselves on light but satisfying organic food that nourishes the body. Their falafel is light and fluffy, with a slight spiciness, and is wrapped in a pita pocket with seven kinds of vibrant, organic veggies which give a pleasing crunchiness to the sandwich.

This cozy little shop is a great place to grab a bite to eat if you're in the area, and it's just a short walk away from the world's largest Starbucks, the Nakameguro Starbucks Reserve Roastery, newly opened in late February of 2019, in case you want to wash it down with a soy latte. 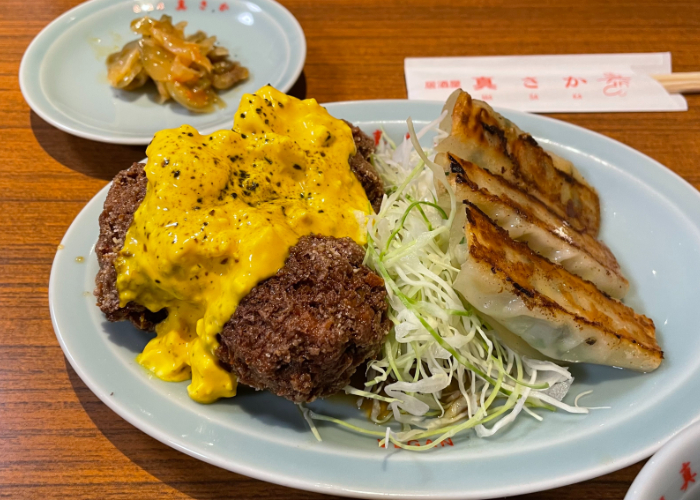 Their karaage comes with a few different sauce options; tartar sauce being a fan favorite. Uniquely, Japanese tartar sauce is often made with chopped boiled eggs, like a cross between Western tartar sauce and egg salad, and Izakaya Masaka mimics this texture incredibly–some might say impossibly–well for a vegan restaurant in Tokyo.

Along with karaage, this vegan joint serves classic Japanese pub food like gyoza and pickled veggies, while slinging drinks like lemon sour and ume sour.

We strive to be as accurate as possible and keep up with the changing landscape of Japan’s food and travel industries. If you spot any inaccuracies, please send a report.
0
Click clap if you like this post
Rika Hoffman
Rika is a sourdough enthusiast, amateur film photographer, and pun-lover, born and raised in the suburbs of Philadelphia. A carb-based lifeform, she is always on the lookout for tasty bakeries in Tokyo.
SEE ALL POSTS
You may also be interested in
Tokyo