Spending Christmas in Japan is very different than spending Christmas elsewhere in the world. The majority of the population is not Christian, so there are some elements that aren’t quite the same. For example, you won’t find Christmas lights on every street, Christmas trees in homes, nor will you get the time off from work. A notable difference is that like in most of Asia, most homes don’t have an oven; so, you are often unable to cook your traditional roast dinner. This results in some interesting Japanese Christmas foods that you wouldn’t find in the West. Here in Japan, it isn’t a religious holiday you spend with your family, it’s more like date night with couples going out and celebrating their love.

Here are some iconic Japanese Christmas foods to try during the holiday season! 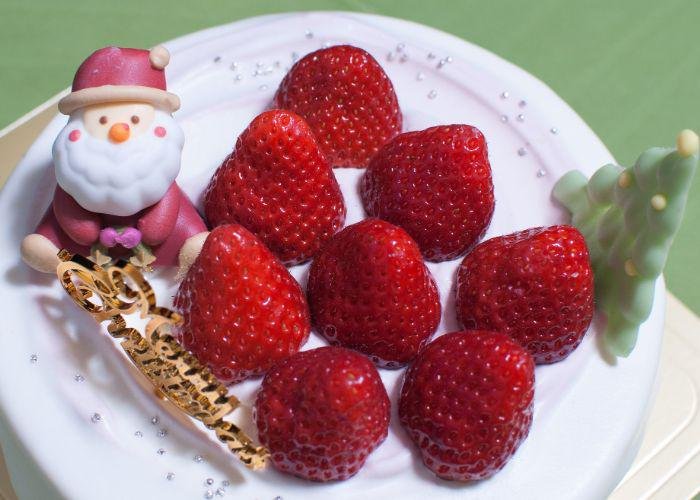 Christmas cake is not your traditional Christmas cake you would get in the West, but more like a birthday cake. The typical Japanese Christmas cake is a strawberry shortcake covered head-to-toe in whipped cream with some Christmas themed decorations on top. The place that started this Japanese food tradition was the Fujiya department store in 1910. They became hugely popular after World War II and became a sign of Japan’s economic stability. The cakes are now primarily sold in Ginza and at convenience stores. Not to leave out singles on the most romantic holiday of the year, 7-Eleven even sells ohitorisama Christmas cakes for one. Some think the cakes are red and white to symbolize the colors of the Japanese flag. That may be true, but one thing’s for sure, and it’s that this cake signifies the winter holidays in Japan. 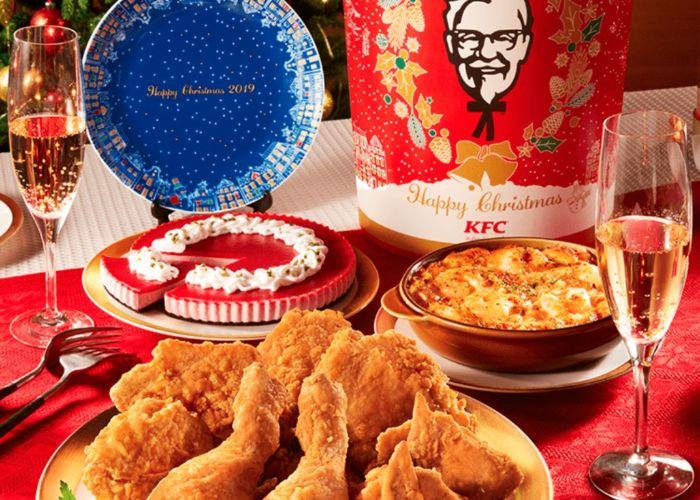 Probably the most well-known Japanese Christmas food is KFC and most Westerners, if they know anything about Japan, have heard that there's an odd tradition of consuming KFC at Christmas. We know the Japanese people love their fried chicken (like karaage) and that doesn’t just start or stop at Christmas, they love it all year round. There are many rumors as to why KFC is specifically associated with Christmas in Japan, from foreigners looking for turkey and KFC chicken being their best option to the Colonel looking like Father Christmas. Whatever it was, the KFC marketing team jumped at this opportunity, coming up with the slogan “Kentucky for Christmas.” If you want to get involved this Christmas in Japan, you better book ahead of time (normally it’s 2 months in advance, so you’ve probably missed it) as the chicken buckets sell out pretty quick. 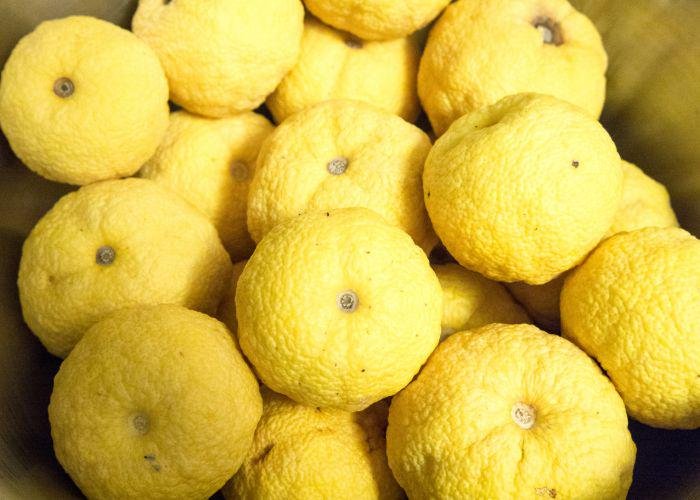 Yuzu is a citrus fruit that’s similar to a large lemon and it’s in season from November to January. The citrus fruit contains Vitamin C and is a popular Japanese winter food. During the Christmas period in Japan, you will find yuzu everywhere you turn, from yuzu-flavored KitKats to yuzu tea. One of the most popular ways to use yuzu is in baths. They will use the whole yuzu and place them in hot bathwater to release their citrus aroma. These baths are thought to prevent winter sickness and purify the body during the cold winter months. 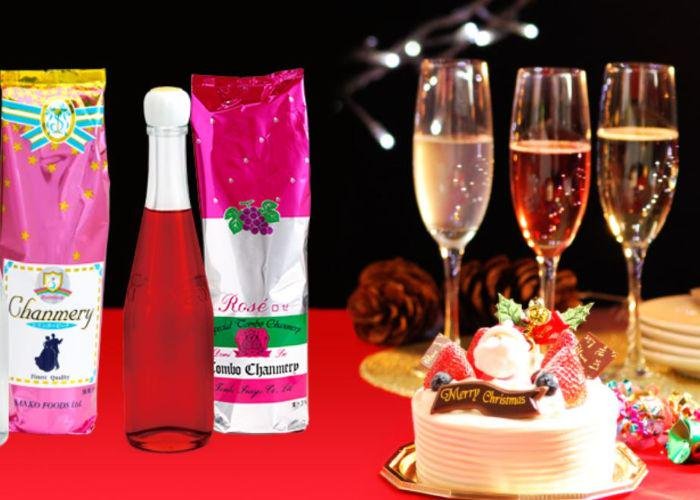 Chanmery is a children’s party drink that allows kids to get involved with the celebrations, not letting the adults have all the fun popping bottles. The name is a blend of "champagne" and "Merry Christmas," but don’t worry, it’s not alcoholic. Nothing screams Christmas in Japan to kids like this carbonated, typically, grape juice flavored drink, other flavors are available during the festive period. The bottle has a child-safe design and makes the sort after pop sound without adults fretting a cork is going to take someone’s eye out. 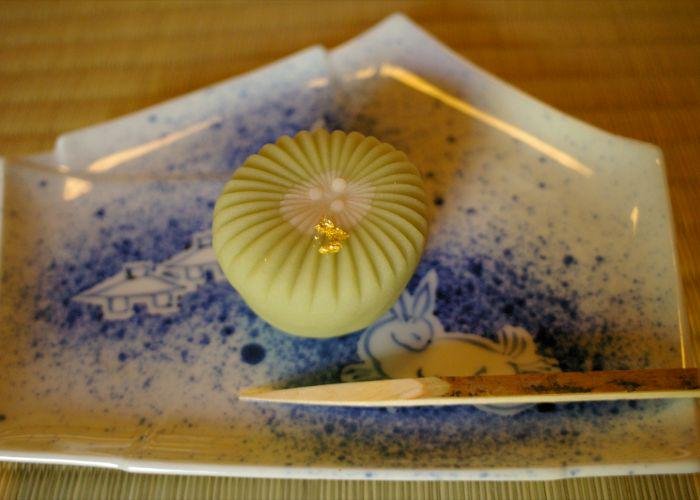 Another Japanese Christmas food enjoyed during the festive period is wagashi. Wagashi is a traditional Japanese sweet known for its seasonality. Japanese confectioneries create the wagashi and manju into festive shapes such as snowmen, reindeer, and holly leaves. The flavors of wagashi remain traditional despite their Christmas make-over and are usually red bean and green tea. 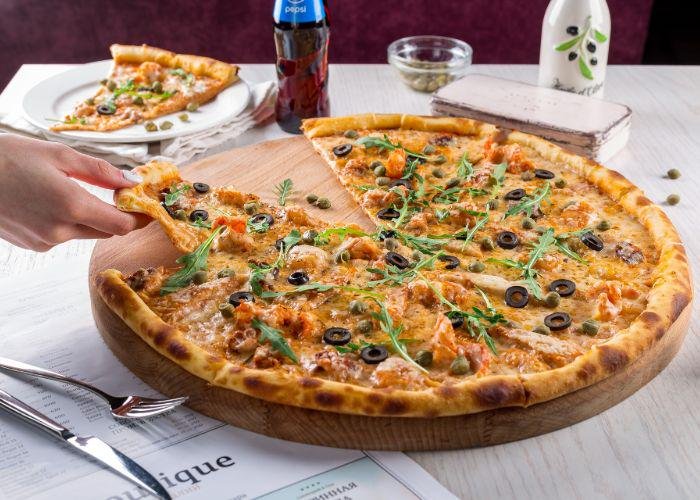 Again, pizza might not strike you as a traditional Japanese Christmas food, and it’s a fairly recent addition to the foods that are eaten at Christmas. Companies such as Domino’s and Pizza Hut are striving to create an association with Japanese people and special occasions, hoping for it to be as big as the KFC and Christmas association. It is often the food of special occasions and parties, with it being an easy food to share and every year more people opt to order it on Christmas Eve in Japan. The pizza itself is quite a recent addition to the Japanese market, with Domino’s only entering in 1985. 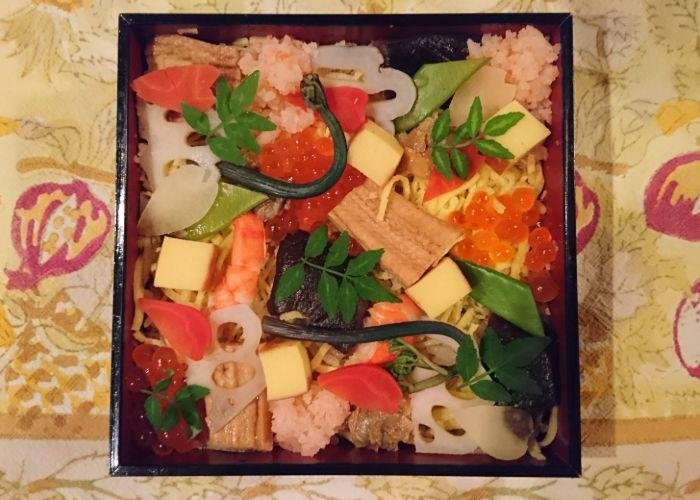 Chirashi-zushi is a popular party food that’s enjoyed in Japan typically eaten on Girls Day and sometimes at Christmas parties. It’s a colorful dish and the name means scattered sushi. It’s typically assorted vegetables and uses cooked ingredients rather than raw, such as prawn, that’s placed nicely over sushi rice. 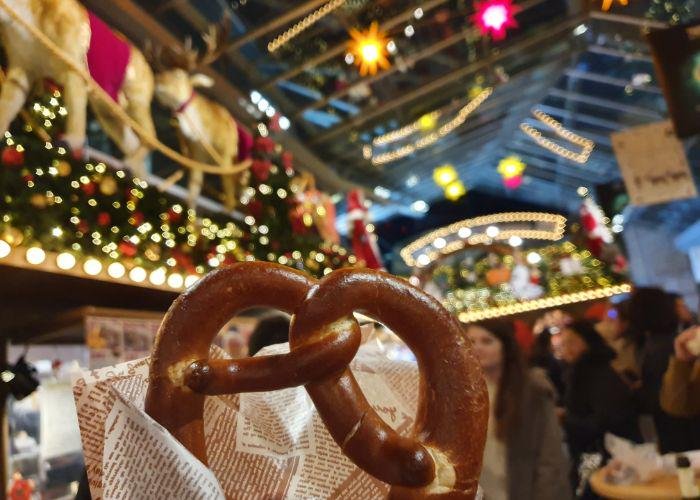 Although not traditionally consumed in a Japanese household, Japanese people like to visit German Christmas markets. These markets are often a lot smaller than those in the West, and are rather limited on the food front, primarily selling German sausages and beer. We checked out the Roppongi Christmas Market where they also sold mulled wine, pretzels, and fries with the foods becoming more associated with traditional Japanese Christmas foods.

So, if you’re in Japan this Christmas, why not give some of these Japanese Christmas dishes and foods a try. They might not be what one would normally associate with Christmas, but we hope they can satisfy your hunger if you’re celebrating this Christmas in Japan. From buckets of Christmas chicken at KFC to bathing with yuzu, these Japanese food traditions are an alternative way to celebrate the winter holidays in Japan compared to what you’re used to.

Feeling festive? Check out our guide to Osechi Ryori, symbolic Japanese New Year foods. Or, browse food experiences in Japan! Every booking helps children in need through the Food for Happiness Program.

We strive to be as accurate as possible and keep up with the changing landscape of Japan’s food and travel industries. If you spot any inaccuracies, please send a report.
0
Click clap if you like this post
Georgie Morgan
Georgie is a photography enthusiast, ramen obsessed and a self-confessed travel addict. She has visited 49 countries and counting and enjoys eating her way around the world trying unique foods that are specific to each country and region she visits. She hates breakfast food, loves spicy food and can eat eight tacos in two minutes.
SEE ALL POSTS
You may also be interested in
Travel Tips