Where to Eat in Ginza: Tokyo's Michelin Star-Studded District

Ginza (literally "silver seat") was named after the silver coin mint that was established there during the Edo period. It has become the gold (or rather, silver) standard of modernization after being rebuilt following the 1872 fire that destroyed most of the area, and today Ginza still exudes luxuriousness.

This Tokyo district is the picture of extravagance, where men in power suits and posh women dressed to the nines strut and shop along streets lined with boutiques and international luxury brands. When you have sufficiently shopped around and explored Ginza, check out the many bars and restaurants in Ginza, some of which are Michelin-starred!

Wondering where to eat in Ginza? This Ginza Food Guide covers 6 Michelin-starred restaurants in Ginza along with other delicious eateries, restaurants, and bars.

Where to Eat in Ginza

Here are a few recommended places to eat in Ginza, followed by six Michelin-starred restaurants! 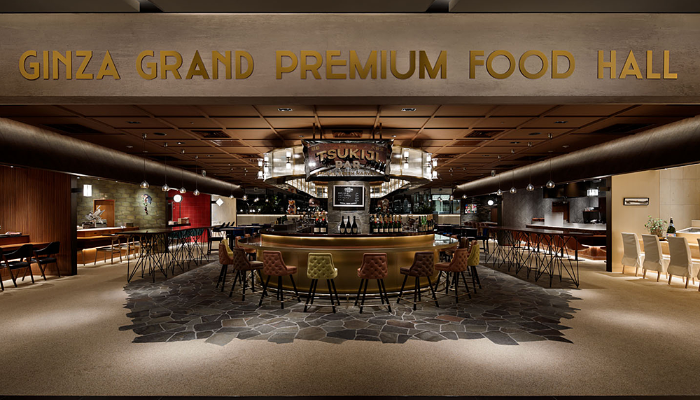 The second-floor basement of Mitsukoshi is a depachika (literally "department store basement") where you can find a wonderland of food. Depachika are a must-visit for foodies and Ginza Mitsukoshi, in particular, is a sprawling paradise of delicious treats.

The food basement offers limitless food options that showcase Japan’s local food culture and seasonal ingredients. It is home to food stalls such as bento shops, Japanese sake stores, and confectionaries. After you're done shopping, head to the rooftop garden to find a nice spot to indulge in your loot. Then, be sure to hit the food kiosks one last time to stock up on Japanese treats to take home. 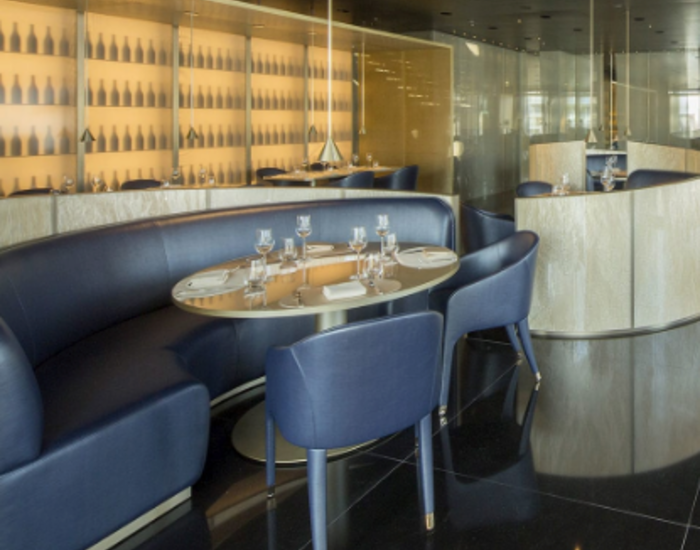 For those who prefer branded dining experiences, Ginza has brands aplenty. Visit the upscale Armani Ristorante for a sumptuous lunch, afternoon tea, or dinner. Or visit Bvlgari La Terrazza Lounge for an open-air tea experience and indulge in the Bulgari Afternoon Tea Box, a three-tiered box of sweet and savory treats that's served with coffee or tea.

Of course, Japanese cosmetic company Shiseido joins the branded-cafe experience with Shiseido Parlour Salon de Cafe. The signature dish, meat croquette, is quickly fried before being cooked to crispy perfection in the oven. They also serve other yoshoku (Japanese western cuisine) dishes such as Japanese currry rice and omurice, as well as classic desserts such as strawberry and chocolate parfaits.

Bar Lupin, established in 1928, is a renowned bar in Ginza which was flocked to by famous Japanese writers, painters, actors, and photographers. Notable patrons include members of the buraiha ("the school of irresponsibility and decadence"), like writers Dazai Osamu and Sakaguchi Ango, who conveyed the loss of identity and feelings of aimlessness following World War II.

But Bar Lupin was a gathering place for not just writers, but artists of all kinds to share drinks and converse, and its walls are still adorned with photographs that harken back to its heydays. It has withstood war and come out even stronger, and today, the bar remains the perfect spot to have intellectual and literary discussions while sipping a martini or Moscow mule.

The Bar Orchard is one of the most unique bars in Tokyo, transforming bartending into something like performance art. Their bartenders have mastered the art of combining seasonal fresh fruits and the science of using liquid nitrogen to create spectacular cocktail concoctions. And if you don't know what to order, the bartenders will personalize one just for you. Just pick one of the seasonal fruits at the bar and the mixology team will make a drink that's innovative, wild, and bubbly!

Here are 6 of the top Michelin restaurants in Ginza: 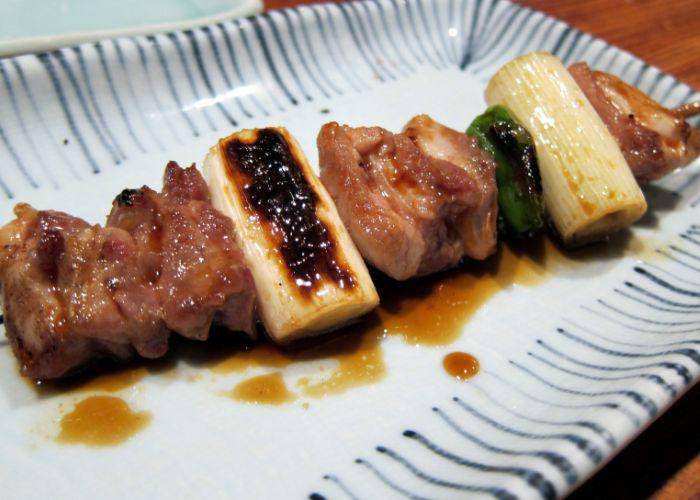 Let's start with the most accessible Michelin-starred restaurant in Ginza, a yakitori joint called Birdland. The owner-chef tends to the yakitori grill himself, serving up high-quality chicken from Okukuji, Ibaraki, where he grew up. You can choose between two omakase courses which come with pâté, skewers, grilled yam, and a small oyakodon (chicken and egg bowl), to name just a few courses. To go with the skewers, you can enjoy some sake or beer, or order from the extensive wine selection. 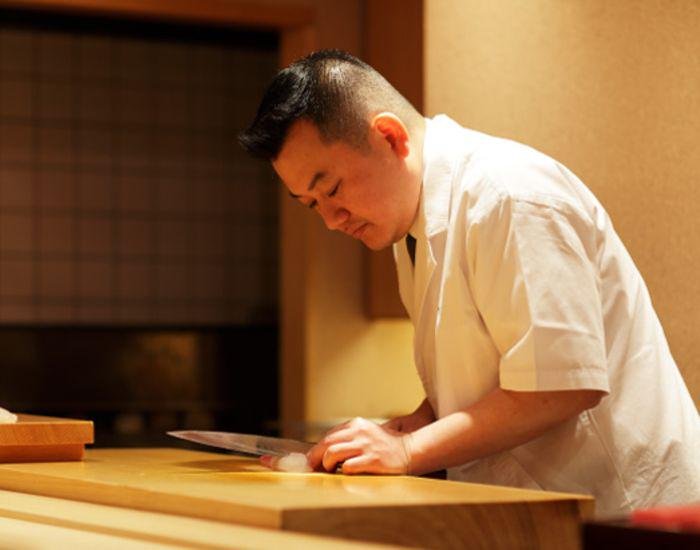 Ginza Kojyu, a 3-star Michelin kaiseki restaurant headed by Chef Toro Okuda, is famous for serving Japanese haute cuisine using ultra-seasonal ingredients. You can choose to sit at the counter for a view of the chef as he prepares the dishes, or dine in a private room (tatami or Western style). Some of Ginza Kojyu's offerings include prawn dumplings floating in dashi stock broth, salmon grilled over charcoal, and rice with steamed parrotfish. There is no single set menu for kaiseki, as the offerings change depending on the seasonality of ingredients.

The 3-star Michelin restaurant, Sushi Yoshitake, prides itself on sushi made from the finest and freshest ingredients. Diners can feast their eyes on the knifework of the master sushi chef, while seated at the counter. Yoshitake's masterpieces combine artistry with the traditional Edomae style. Some dishes include abalone liver and uni sauce dip, tender firefly squid coated in a tangy miso sauce, and soft cod roe in sweet rice wine, but again, the menu changes with the season so you can be assured of the ingredients' quality.

Sukibashi Jiro, that same legendary Jiro from the documentary Jiro Dreams of Sushi, has 3 Michelin stars. Chef Jiro Ono has dedicated his life to the pursuit of perfection, carefully crafting each bite-size morsel. He has even served the likes of Prime Minister Shinzo Abe, President Barack Obama, Arnold Schwarzenegger, and acclaimed chef Joël Robuchon. With hundreds of people on the waitlist, you'll have to be very patient (or well-connected) to dine here, but if you do it will be an unforgettable opportunity to watch the master at work. 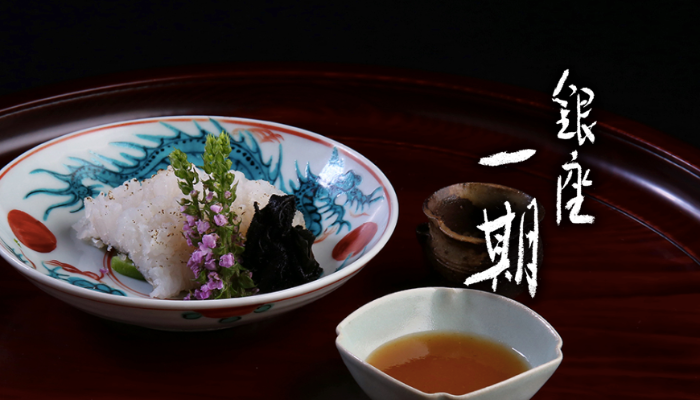 Inspired by cha-kaiseki ryori, the forerunner to the kaiseki multi-course banquet, Ginza Ichigo, with 2 Michelin stars, was created in the image of a traditional tea room. Every course meal at Ginza Ichigo comes with oden, a Japanese stew that includes fish cakes and other ingredients in dashi broth. The atmosphere at the restaurant is minimalist but cozy, with the chefs occasionally chatting with guests, and as the menu changes based on the season, you'll always be served dishes made with ingredients that are in their prime.

Tempura Kondo is a restaurant in Ginza with 2 Michelin stars and Prime Minister Shinzo Abe's vote. In fact, Tempura Kondo was the restaurant he had intended to take President Obama to in 2014, but the restaurant was fully booked and Tempura Kondo decided to honor the existing reservations rather than make an exception for the President and Prime Minister. As a result, Abe and Obama dined at Sukibashi Jiro, instead. Tempura Kondo boasts a wide assortment of vegetables and seafood cooked by a skillful tempura chef. While conventional shrimp tempura is headless, this Michelin-starred tempura restaurant in Ginza uses shrimp heads and fries them as an appetizer. And unlike the usual tempura, the crust enveloping each piece is paper-thin and leaves a crunch that pops in your mouth with each bite.

From historical bars frequented by the literati to sumptuous Michelin-starred restaurants, this Where to Eat in Ginza food guide has covered some of the best eateries and restaurants in Ginza, the Tokyo district that exudes sophistication. Ginza has an array of world-class dining experiences, which elevate Japanese cuisine to a whole new level.

Watch as Shizuka dines with a demon at the Akita Dining Namahage Restaurant in Ginza, and subscribe to the Japan by Food YouTube channel for more videos!

We strive to be as accurate as possible and keep up with the changing landscape of Japan’s food and travel industries. If you spot any inaccuracies, please send a report.
0
Click clap if you like this post
The byFood Team
Sharing our love of Japanese cuisine and culture, with the mission of spreading happiness through food.
SEE ALL POSTS
You may also be interested in
Tokyo